My MOC are neither well built nor good looking. But I feel like I should contribute again on this forum after some inactivity. Many of them haven’t really changed their look, but I prefer to regroup these under a new topic. Many of them are similar to known characters
in games and movies 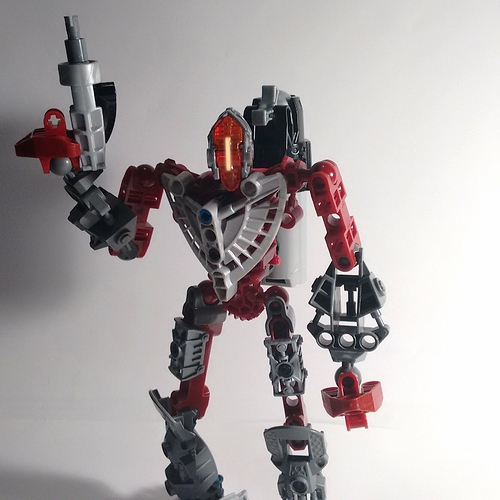 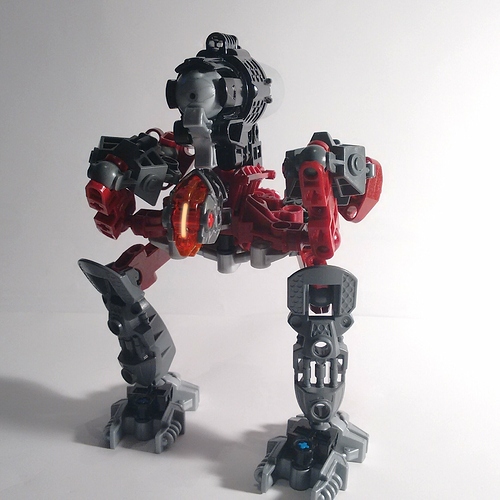 IMG_20160814_210815470.jpg1836×1836 1.17 MB
Similar to the BASTION unit from Overwatch, he was invented by Nuparu to defend mostly villages on Spherus Magna, since the Toa can’t be everywhere at the same time. The Multiple Mode Recon Bot malfunctioned under Makuta’s influence and became a danger for every living being. Only some were saved during the crisis. Nuparu decided since then, to never build any bot with an artificial intelligence. The Prime Squad uses modified versions. They are drones now. The main pilot is Filni, since she isn’t often on terrain.

Filni, Toa of Air and her Exo-Toa 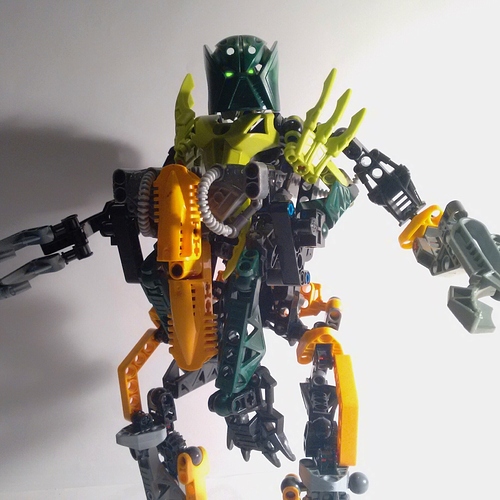 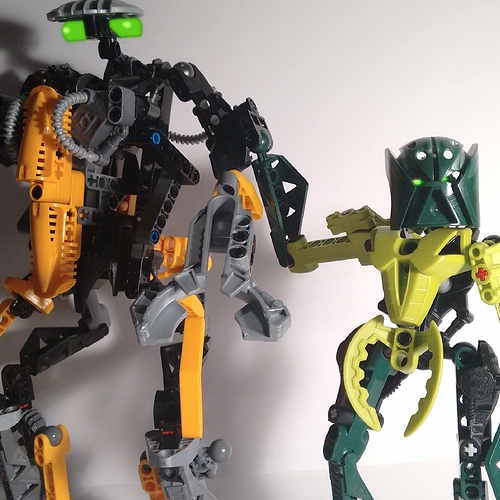 IMG_20160814_212152517.jpg1836×1836 1.53 MB
Filni is a very young Toa, hit at the same moment by the Red Star Lightning as the other Squad members. Mostly inspired by D.Va from Overwatch, she has a childish behaviour. Nevertheless, she excels in fighting with Exo-Toa bots. She lost her powers due to Makuta’s experiments and was left, traumatized, in the streets of Tesara… 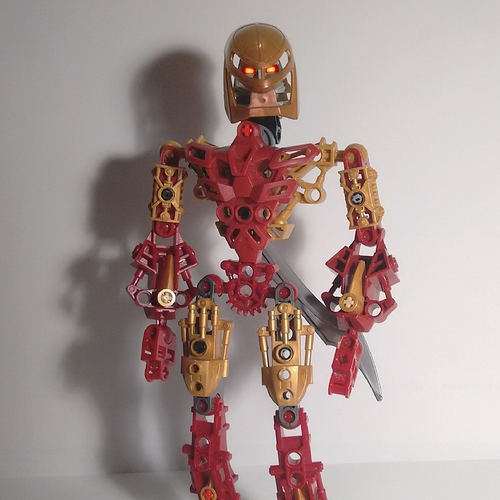 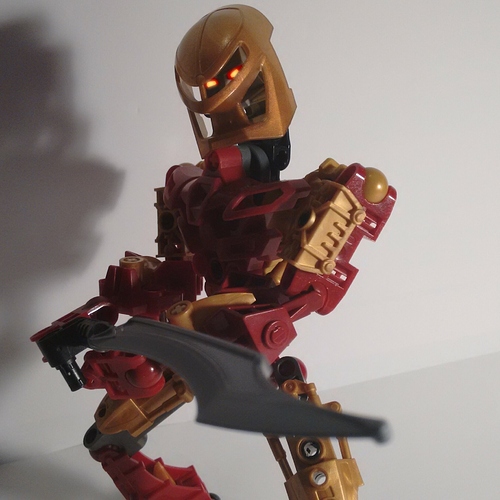 IMG_20160814_212339880.jpg1836×1836 1.2 MB
The newest member of the team, Ingjin has long been travelling Spherus Magna to find out why he had been chosen to be a Toa. During his journey, he meets Keetongu. Keetongu shows him, what a Toa really is, and Ingjin accepts his new way of life. Again inspired by an Overwatch hero, Genji. 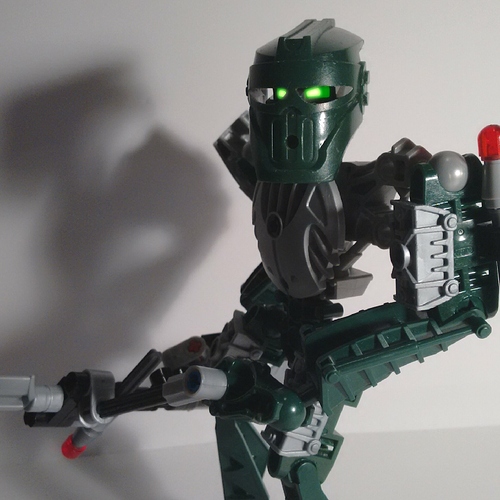 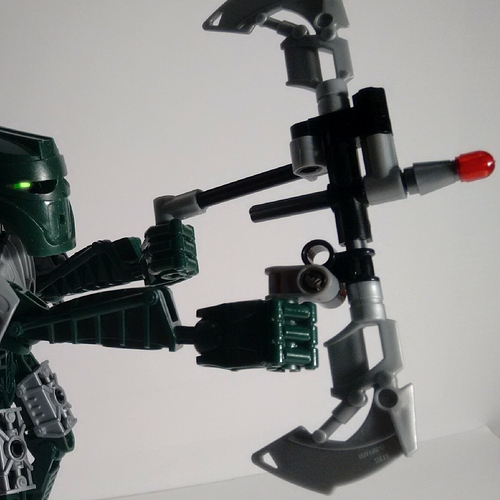 IMG_20160814_212614114.jpg1836×1836 1.27 MB
He was once the best friend of Ingjin, but after a dispute, they both fought each other until one of them was to weak to keep fighting. He then abandoned his friend and hunted all sorts of criminals down. After meeting Ingjin again, and seeing how Ingjin changed, Keilung gave him another chance and made him join the Prime Squad. Inspired by Hanzo, duh. 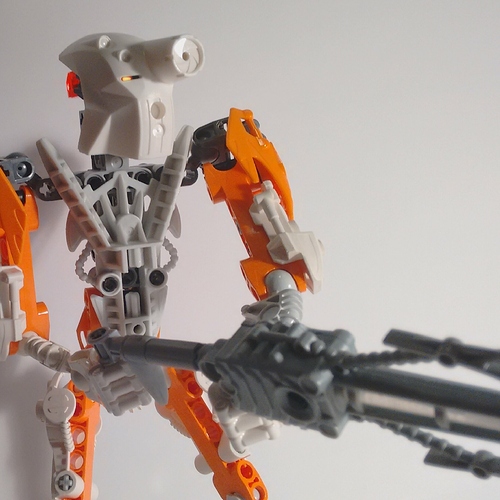 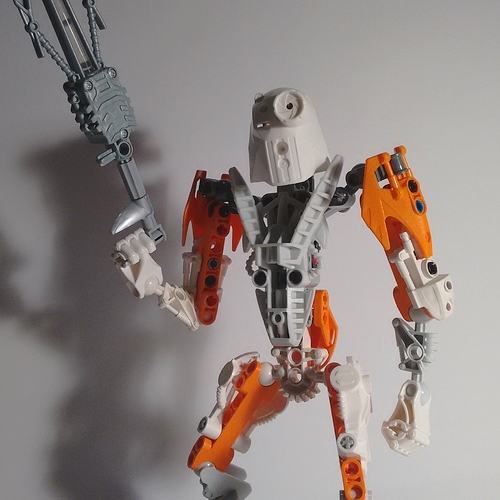 IMG_20160814_212933294.jpg1836×1836 1.34 MB
Ikero is well known to be short tempered and impatient. But his skills and his knowledge about Spherus Magna are compensating these traits of his personality. Tracking down Theon, a Toa of Shadow, he finally confronts him. Surprised by a Toa of Lightning, Toa Rilana, he shoots at her, pushing her from the cliff. She is saved by Theon, and Ikero nearly dies, strangled by a furious Toa of Shadow. But the Order of Mata Nui, now dissolved, imprisoned him and Theon. Both worked together with a member of the Order, Toa Rilana, to flee from the Order’s fortress. Since then, they became friends, even after the deadly confrontation. Inspired partially by Barney, HL2. 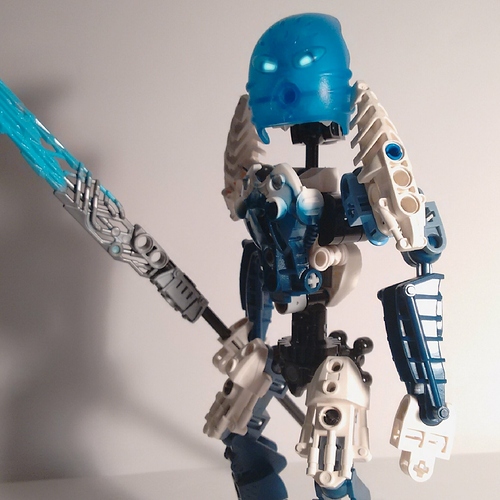 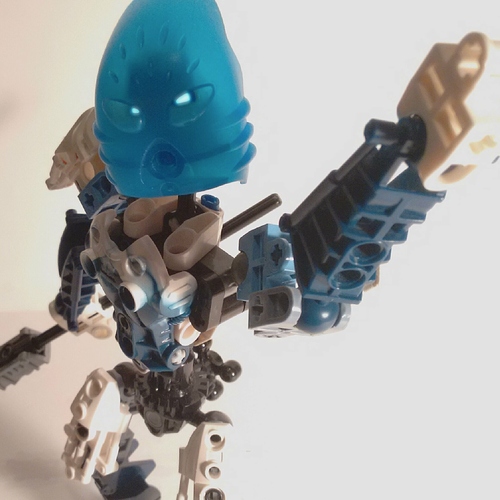 IMG_20160814_213217378.jpg1836×1836 954 KB
Rilana is a powerful Toa of Lightning. She was first a member of the Order of Mata Nui, but after Helryx’ death, she decided to form a new team of Toa, which should bring peace in the world, solving internal problems, destroying Makuta’s plans, and help those in need. She is the leader of this Squad, even if Tilar was reluctant to this idea. Inspired partially by Nokama, but also Katara, from Avatar. 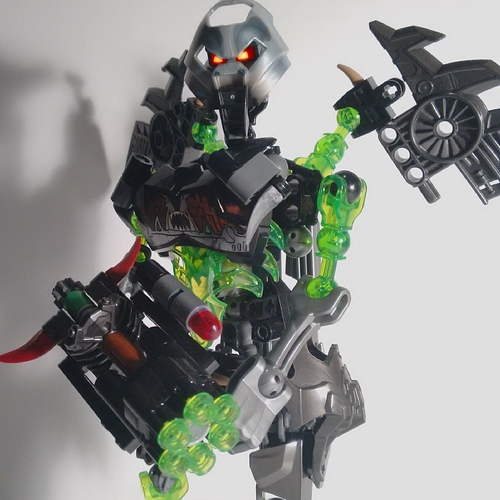 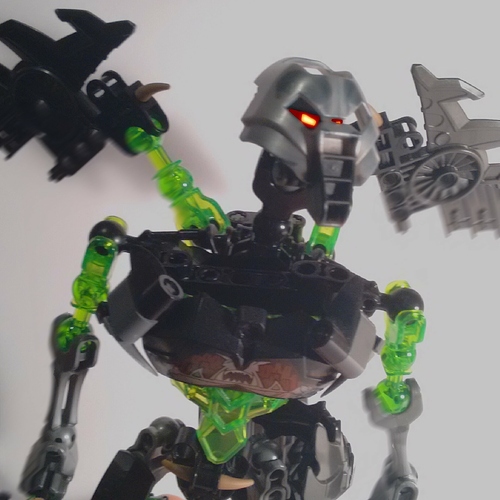 IMG_20160814_213501573.jpg1836×1836 1.05 MB
She was first a member of the Brotherhood. Emara was the commander of the Vahki section, and was often confronted to the Order. But during a battle in a city, she saw Matoran crying, young Agori crying for their parents. She saw what Makuta was really doing, after years of blind following. She did everything to rebel, and thus joined the Squad. Many members still dislike her, but Theon knows how it feels to be rejected, since he is a Toa of Shadow himself. Largely inspied by Pharah, and WidowMaker. 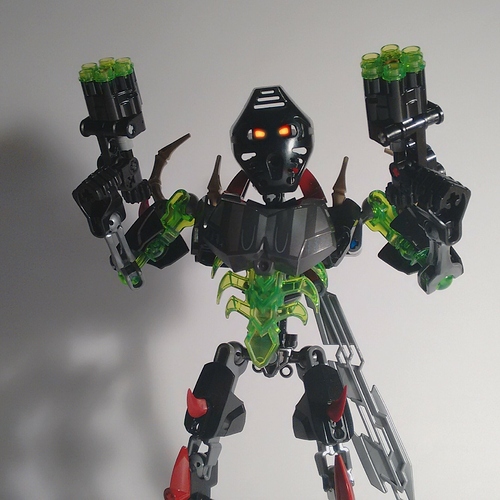 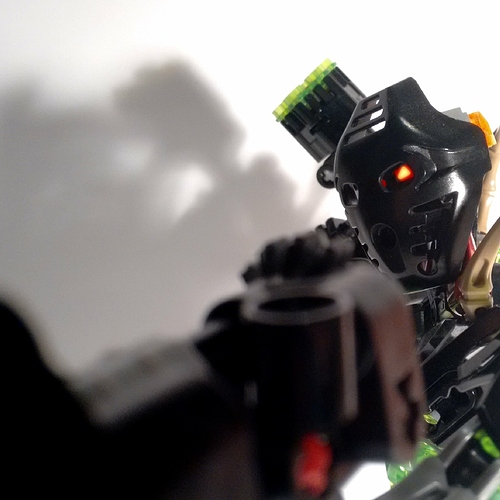 IMG_20160814_213650895.jpg1836×1836 1.19 MB
Also member of the Brotherhood, he was in charge of the Rahkshi section of Makuta’s army after the reformation of Spherus Magna. Being mostly against the Order’s rule, he does anything to bring it down. But once the Order vanished, he saw no purpose in his life anymore. Seeing that Emara is questioning Makuta’s actions, he convinces her to join the newly formed squad, to redeem themselves. Tilar was mostly against the idea, having fought Selvir multiple times. But he was convinced by Theon, and so, he joined the Team. 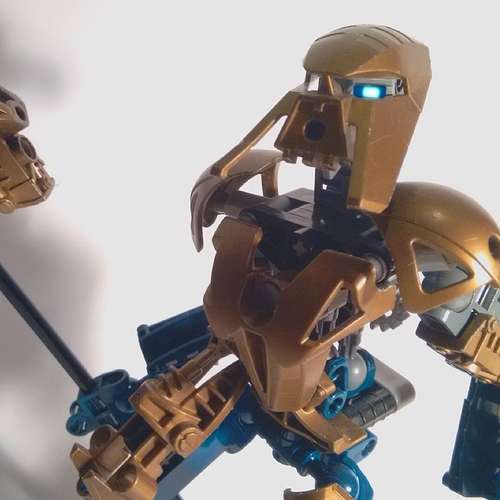 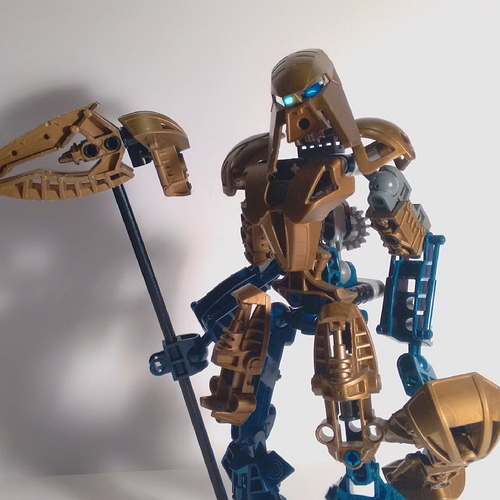 IMG_20160814_213825725.jpg1836×1836 1.29 MB
Hilaku is a very skilled Toa. She knows how to use her powers correctly, but she has also a very teenage like behaviour. (She even has a crush on Takanuva, silence Greg!)During her free time, she travels all across the continent to discover new things. Inspired partially by Tracer. 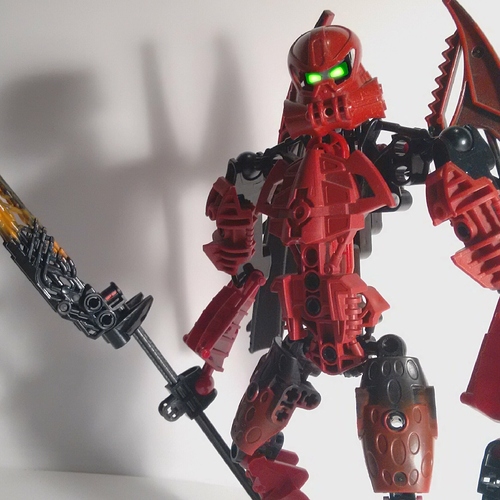 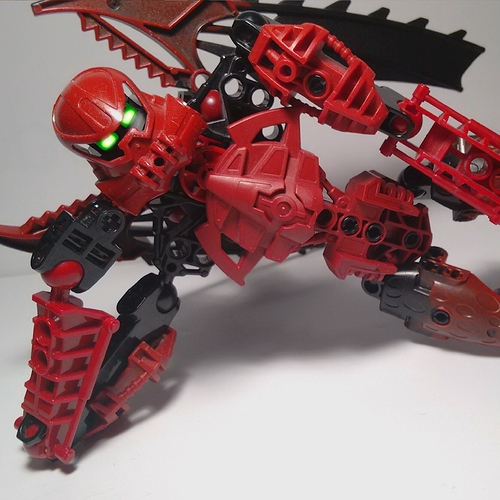 IMG_20160814_214056435.jpg1836×1836 1.38 MB
His Matoran life was very difficult. He lived in Karda Nui, with Rilana, both still Matoran. As a Matoran of Fire, he fled Karzahni with Rilana to live a normal life. But the Makuta attacked his house, trying to test the effects of their Shadow eels on other types of Matoran. Rilana fell from a cliff, and he couldn’t save her. He was then attacked by an eel, and nothign happened. As the Makuta left, he was sad, since he lost his best friend. Eventually, the Red Star lightning hit him, and transformed him in a Toa of Shadow, instead of Fire. The effects would only affect him after the transformation, and his innate fire powers were lost already as a Matoran. He never realized that. Then comes the story were he meets Rilana and Ikero. Seeing her alive made him very happy, but as she nearly fells from the cliff, he feels an urge to kill. This is a side effect of his Shadow powers, and he hardly controls them. Inspired by Vakama and partially Deadpool(only his jokes). 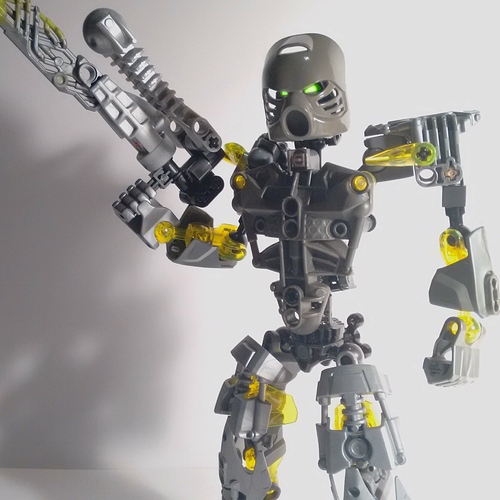 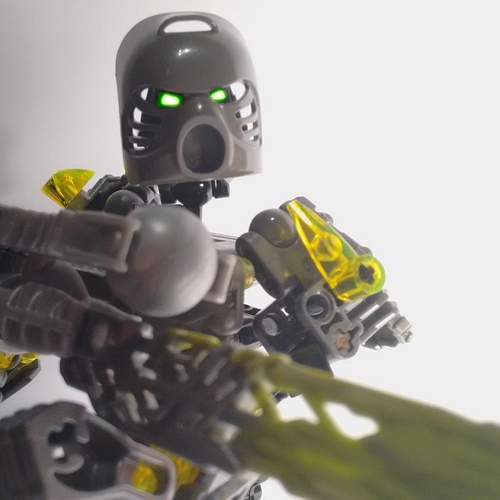 IMG_20160814_214235630.jpg1836×1836 1.06 MB
The only being in existence with innate decay/poison power, he is feared by allies and enemies alike. He rarely uses his powers though, since he fears that it would destroy to much, and that a Toa should never use such great powers. As a Matoran, he was wandering around, until he found a Bo-Matoran village. Seeing that one Matoran is being bullied, he goes to the bullied Matoran, protecting her from the bullies. He realizes why. Like Tilar, the Matoran is unique, since she is actually a female. It usually doesn’t make a difference in the Matoran Universe, but since every other villager is male, she is considered as “different” by everyone. Tilar offers her his company, and they traveled together. Both the transformed into Toa, but were quickly imprisonned by Makuta Teridax. After his defeat, Tilar and Jalai fled from the MU, and later joined the Order. They then formed the Prime Squad. Inspired by Soldier 76. 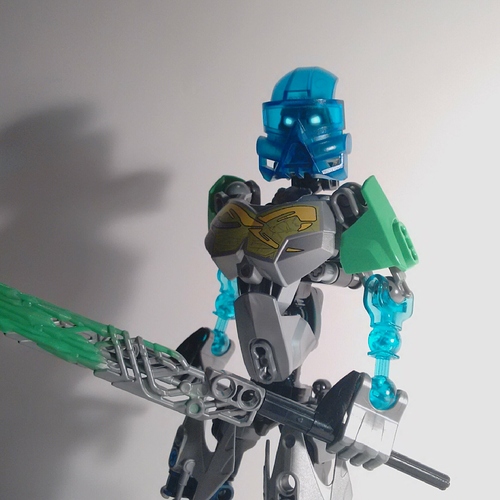 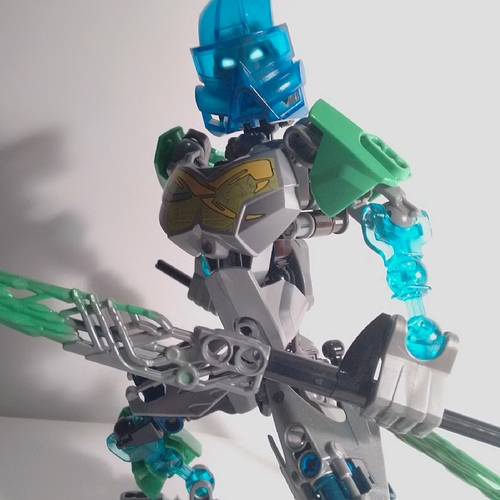 IMG_20160814_214404967.jpg1836×1836 1.16 MB
As a Matoran, she was victim of constant bullying for her small difference. After meeting Tilar, she finally found her soulmate, being always there for her. As a Toa, she did everything to protect her village from dark hunters, even if they bullied her. Everyone was sorry about what they did, and they finally accepted her differences. They even asked her, if she would be their leader, but she refused. Now that she is a Prime Squad member, she rarely has free time, and she fully devotes herself to defend every village and city from Makuta’s armies.
15 Likes
Khalsa721 August 14, 2016, 10:20pm #2

Pretty good. Though by the title I expected a bunch of Optimus primes.

Similar to the BASTION unit from Overwatch, he was invented by Nuparu to defend mostly villages on Spherus Magna, since the Toa can’t be everywhere at the same time. The Multiple Mode Recon Bot malfunctioned under Makuta’s influence and became a danger for every living being. Only some were saved during the crisis. Nuparu decided since then, to never build any bot with an artificial intelligence. The Prime Squad uses modified versions. They are drones now. The main pilot is Filni, since she isn’t often on terrain.

I would say it is more than similar.

As you said, these MOCs are not ground-breaking but they do what they do well enough. 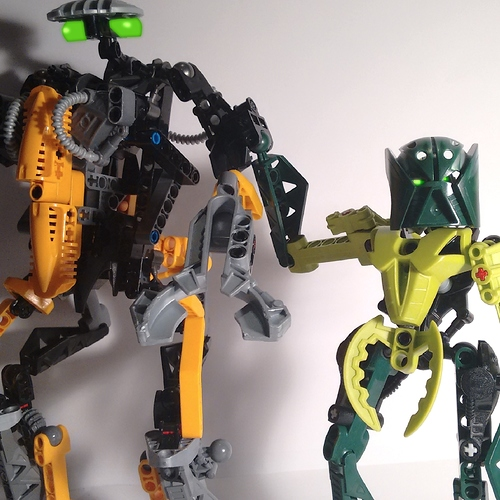 the kodan ball half here looks REALLY odd as a skirt. 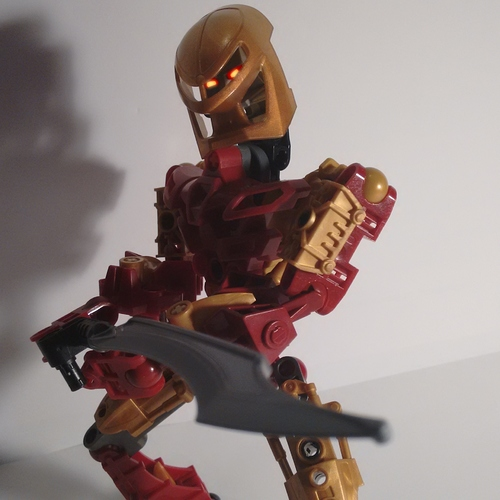 Nice attempt at the Sunrise Stance.

I wish I had as many dark gold parts as you…
Anyway, not bad I guess. A lot of them seem like modified Inika builds, though.

She even has a crush on Takanuva

Why must you say such blasphemous things!?

Someone’s been playing overwatch lol! Really cool concept and each moc is very interesting. However, if they’re a team why don’t you have a group photo?!

My MOC are neither well built nor good looking.

Okay then I wont go on a rant about them, however your photography could use some work.
We never get full body shots of these MOCs making it very difficult to get an actual full idea of what the mocs look like.

I don’t have much of new stuff. I could have started making MOCs with bricks, but I don’t have the best colour selection for these.

Why must you say such blasphemous things!?

Greg, are you assuming my MOC’s gender!

However, if they’re a team why don’t you have a group photo?!

My white screen is too small to regroup even 3 of them. Or I should have made some copy paste regrouping them all together with different image files. But I was too tired to do that.

Okay then I wont go on a rant about them, however your photography could use some work.We never get full body shots of these MOCs making it very difficult to get an actual full idea of what the mocs look like.

Like I said before, my white screen is simply too small. And it’s true what you are saying, it could use some work. 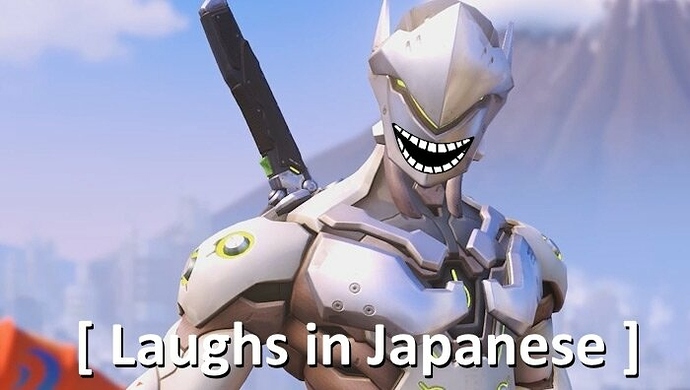 Like I said before, my white screen is simply too small. And it’s true what you are saying, it could use some work.

My bad didn’t see that.