The Quentiam Coetus: Mocs by Rac 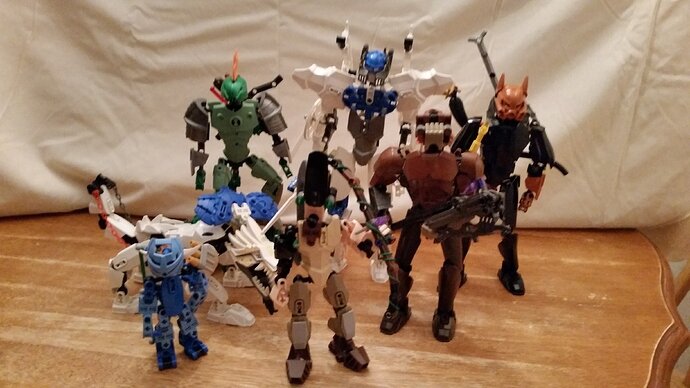 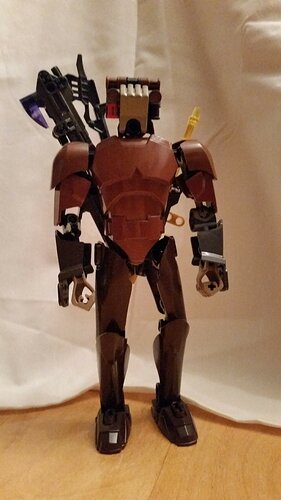 Featuring my mighty Titanstone Knuckle gauntlets
Jeszin has race paint, two red lines by her right eye. This was the best I could do to replicate that.
I gave weapon storage to all of these guys, by the way. For Jeszin, I have my iconic(?) Shadow Greataxe and Lightning Javelin. 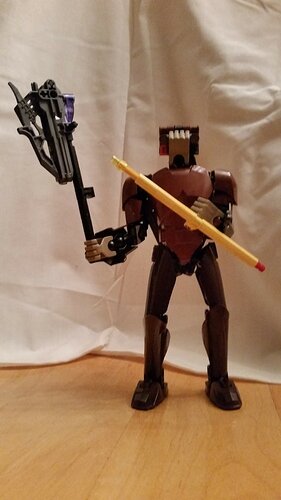 (The red axle is so that you can put the end in her hand, to use as a melee weapon. Which Jeszin has done)

Next up, we have the character played by @Political_Slime, the dwarven ranger Mef Darr! 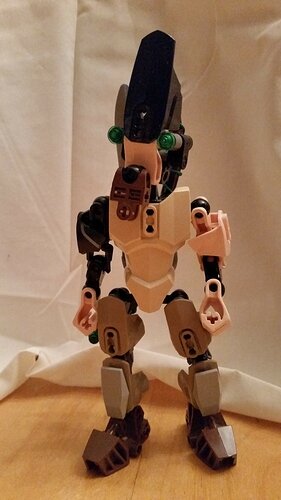 Featuring, of course, his iconic hat. Now upload Dwarf with a Hat to YouTube already Slime

That’s not his only feature… 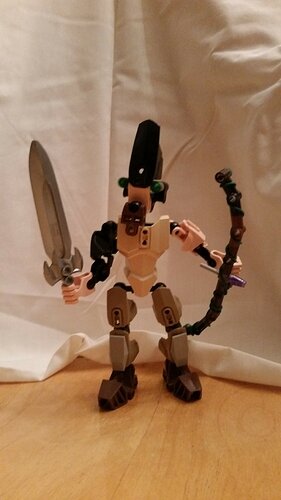 He also comes with his enchanted sword (nicknamed the weebsword for reasons I can’t recall) and his super powerful bow, Kythrall.
(His bow is magic and doesn’t need a bowstring to fire, it’s totally not because I don’t have enough long rubber bands) 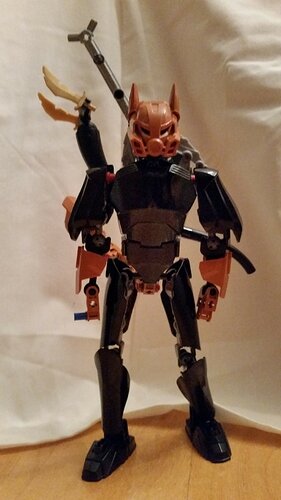 Stagro’s gimmick is turning instruments into weapons, and to that end, he has a Guitar-axe 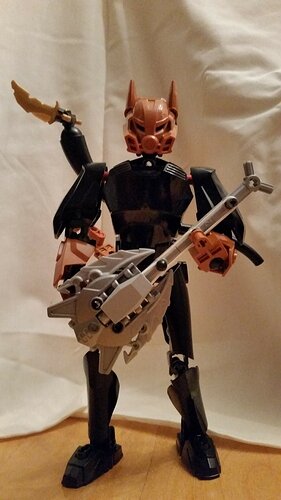 And his Sworderidoo (a didgeridoo, but with swords) 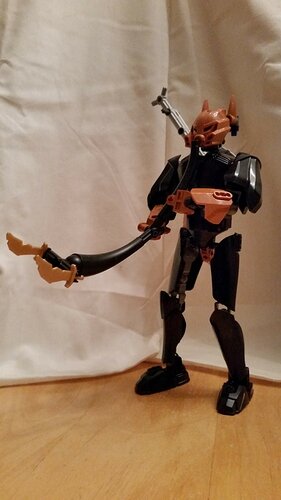 Plus a bevy of other weapons that I haven’t made (yet?).

Next on the list is… the lizardfolk fighter Tepec, played by @Ranaki_Pakewa 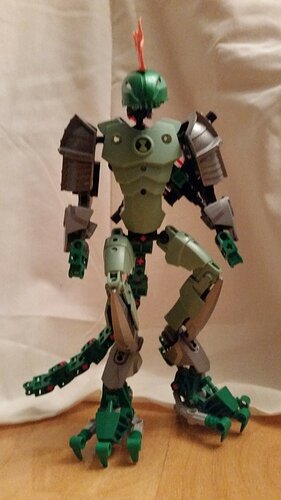 This one was the hardest to make, I wanted to use the Ben 10 hands on it… but they can’t hold weapons! And capturing the look of a lizardfolk was hard. Of course, he has his crossbow: 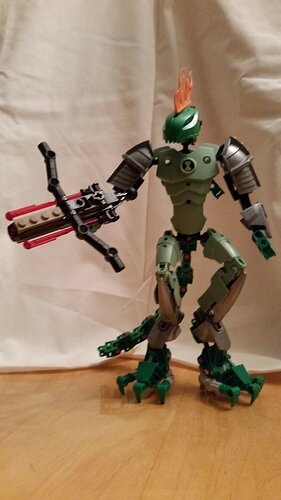 (which is sorta a copy of Chewbacca’s blaster, because if it ain’t broke…)

Next, we have: the mighty warforged paladin Dromon, played by @Marendex_T17 for some reason. 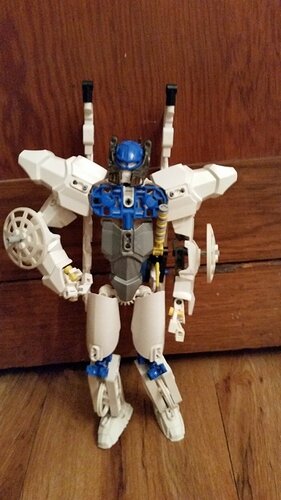 There’s quite a bit to this one. First off, he has his sword, Krazin (Crazin? I’m not sure how to spell it) 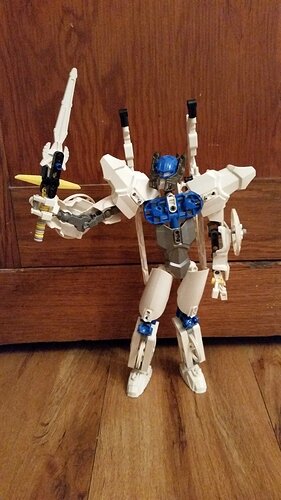 I dunno what happened to his legs in that picture.
He also has his pet lion, Tetsujishi. 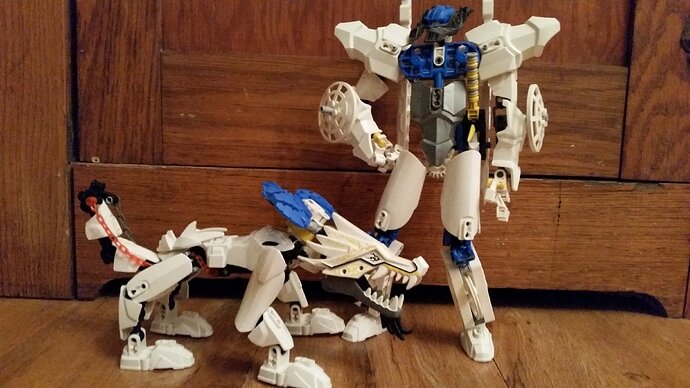 And, did you notice those wheels on his arms and legs? Well, Dromon is also a transformer! I don’t do transformers, but I wanted it to at least be able to roll. 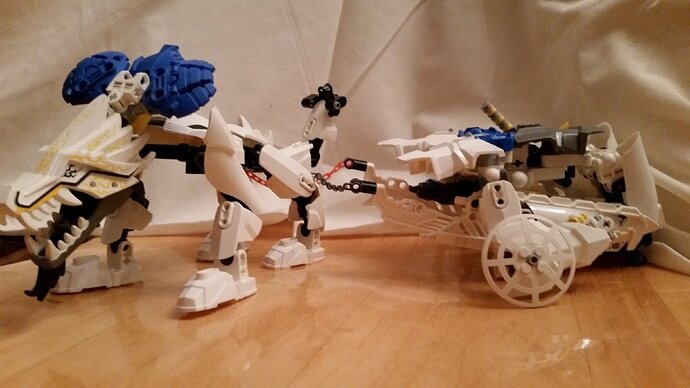 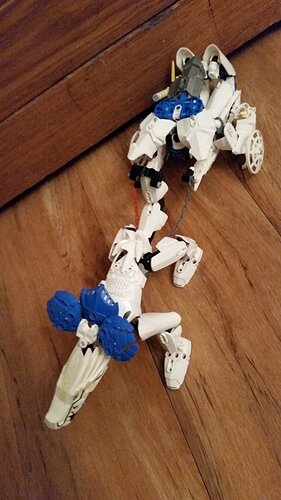 Finally, we have my personal favorite Moc, the goblin archer Tiwin Beewin (whose player does not have a boards account) 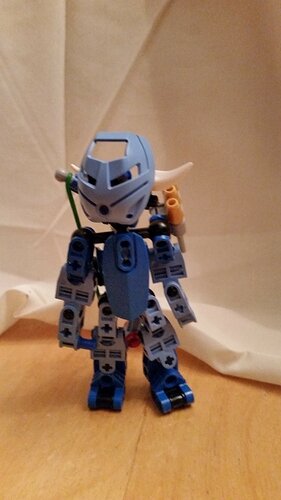 I love this little moc, it’s so small, yet poseable and still looks good.

And the best part is, it has a working bag of holding. Not really, that would be literally impossible. But it does have a working bow! 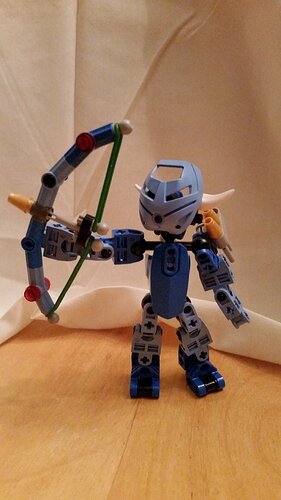 With flick-fire missiles and a rubber band, the bow can actually shoot. 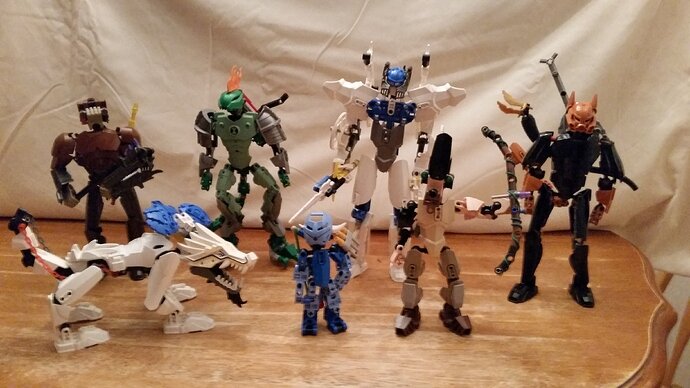 That’s all the current members of the Quentiam Coetus. There have been a few other members in the past, I may make Mocs for them at some point, but that’s what I have for today.

As usual, any critiques, criticisms, comments, and cobras are welcome!

where is the group dab shot

ok but where’s the rogue who tries to steal everything in his field of vision?

ok but where’s the rogue who tries to steal everything in his field of vision?