The Recluse: A nameless Toa of Plants

A character I created for the BZPRPG: 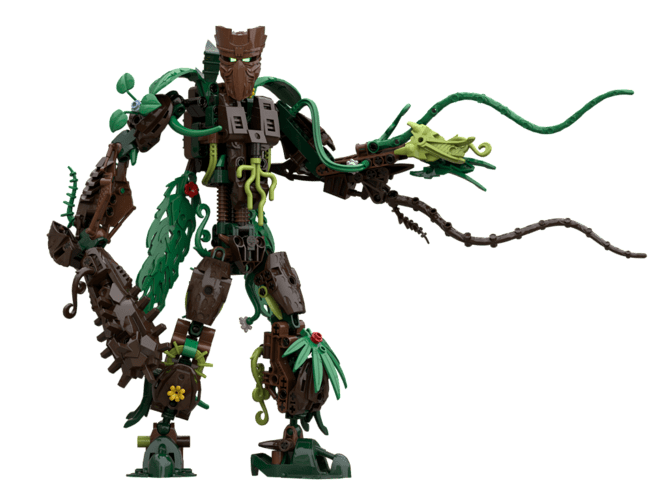 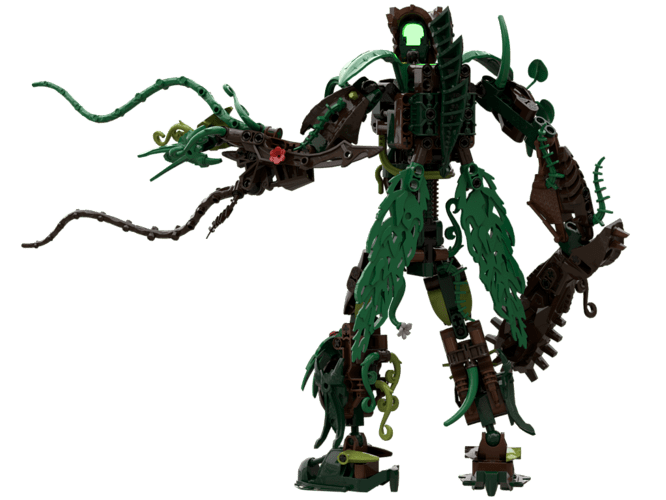 recluse_21024×768 502 KB
This nameless Bo-Toa has been around for as long as anyone cares to remember, but none can ever recall hearing him speak, or seen him for more than a few minutes at a time. He prefers to solitude of the deep jungle and the company of Rahi, over that of society. Yet he remains fiercely protective of the jungle and all within it, affording his powerful protection to any who venture through.

His wild lifestyle is a constant battle for survival. As such, he has trained his mind, body, and powers to their peak for jungle survival and combat. His control over plants is so minute that he can even change details such as pigmentation. He uses his control over plants to weave them into his armor, which allows him to make full usage of his Kanohi Helnar, Mask of Elasticity. It allows the user’s body to stretch and squeeze far beyond its limits, like an octopus, but the user cannot extend or compress itself at will, rather it is malleable to outside forces. By using his power of plants, he can therefore use those woven into his armor to stretch and move himself in ways that his mask alone cannot allow for.

one sentence my friend

That’s what I was gonna say!

I really, really like that combination of Kanohi and Elemental powers. Very creative.

He looks Groot…I mean great.
Really does look old, like he has been sat in a forest for centuries and just let nature take over his body.