My entry for the contest thing.

I’ve been tasked by the protector of Ice to record information on the many flora and fauna across our great Island of Okoto, this is my report on the Water regions subspecies of the Strider. 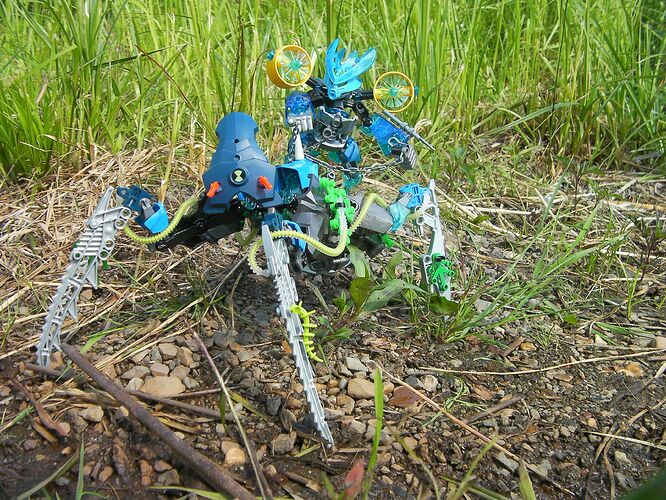 The Swamp Strider is a subspecies of the Strider, an indigenous species to the Island of Okoto,
it is used by villagers of the Water tribe to transport goods and passengers across the hazardous swamps of their region, as well as hunt for food.

the Striders are all omnivorous scavengers, as such their mutual relationship with villagers was inevitable, we feed them, and in return they help us traverse the treacherous areas of our Island. 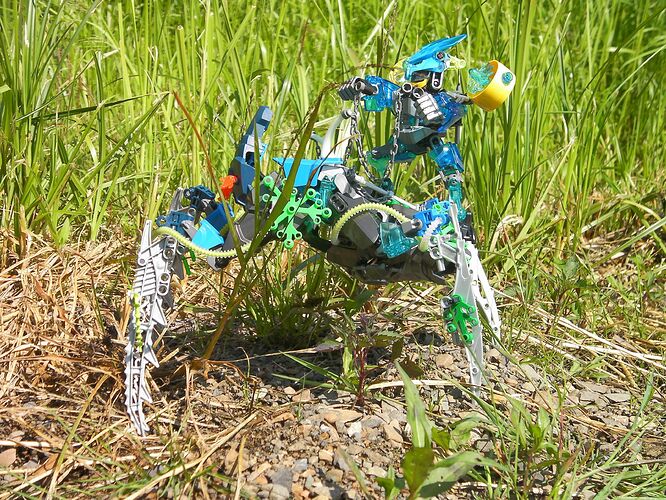 SANY0138.JPG3456×2592 2.53 MB
though the creature appears at least partially insectoid, it is in fact a crustacean, being a distant relative of the small ussal crab which populate the shoreline of Okoto. 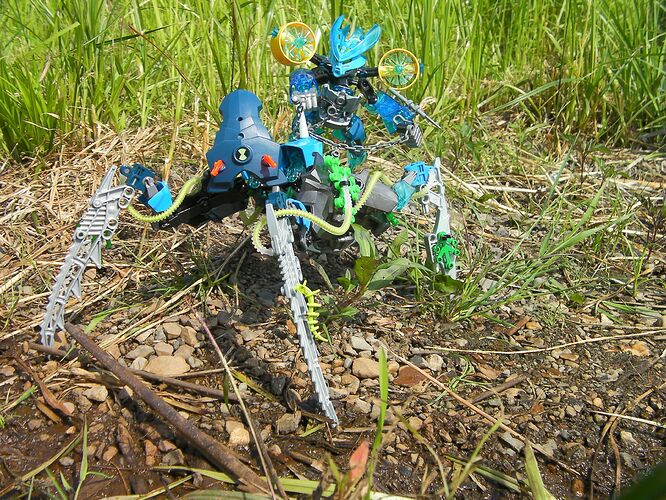 SANY0140.JPG3456×2592 2.61 MB
tamed Swamp Striders are branded on their shells with their owners insignia, as you can see, this villagers insignia is a hourglass-like symbol.

do not be frigtened by the creatures burning orange eyes, this is the result of its thermal vision, which allows it to see many creatures we can’t in the swamps. 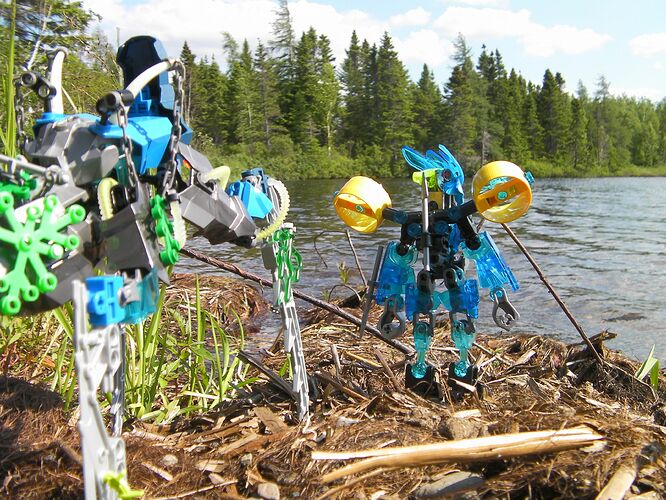 SANY0141.JPG3456×2592 2.49 MB
unfortunately for the Water tribe, all Striders, despite being crustaceans, cannot breath underwater, however because of their long legs they are able to traverse most of their region with relative ease.

I would like to take the time to thank macku and his strider krika for their aid in this report, as well as their willingness during photography.

I like how you were able to get the scenery to coincide with the idea.

A bit too messy for my tastes, but the idea is cool.

My favorite part is that they’re named Krika and Macku :3

Those are some great backgrounds, you got my vote or something.

I really like how you used the chest plate for the head.

Looks really great! That’s a pretty nice idea for the head. And like everyone else. I really like the scenery.

and his strider krika

Macku is a male water villager.