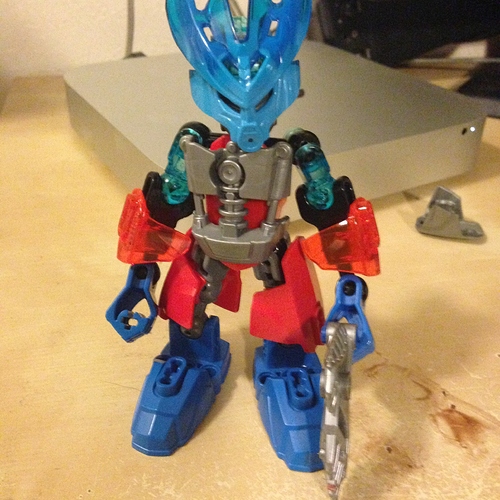 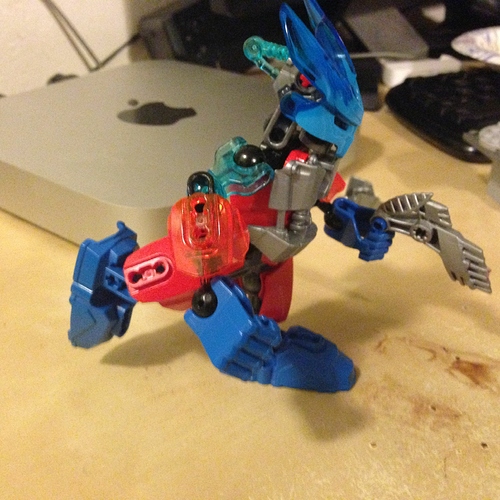 IMG_2902.JPG2448×2448 1.08 MB
he did not know that the toa had arrived and awakened ukimu so he had broken into the forge were ukimu was working hard on a new mask.takua found to things first he found a shield
then a mask with lewa`s mask please return written on the back. 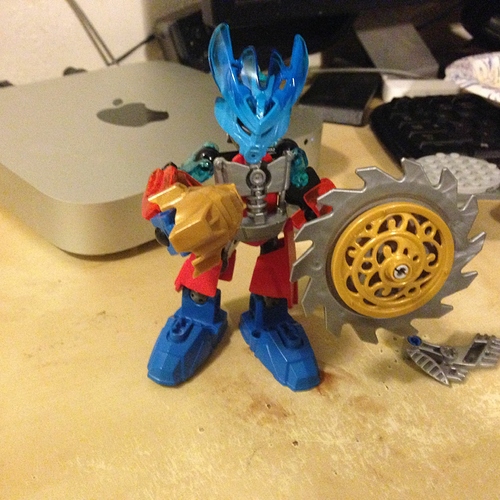 he did not know who this lewa was so he hanged on to it but then he stumbled into the great ukimu who said HOW DARE YOU INTER MY FORGE WHILE I WAS WORKING WHO ARE YOU DID YOU COME TO ASSASSINATE ME! 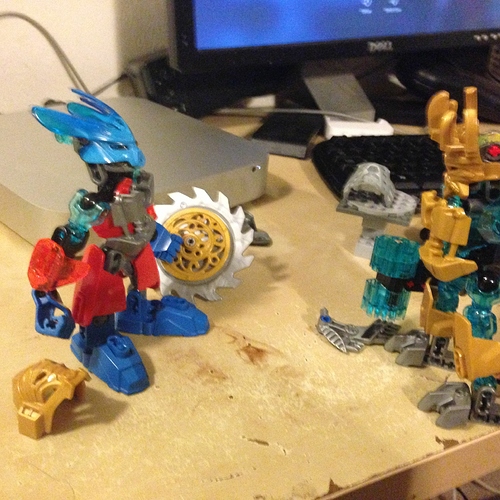 gif man bin do you like the idea of this side story of the main cannon being a series ?
also the red and blue trans represent the slashes of were the protecter of jungle wiped him no worries his back story will be explained

I actually like this quite a bit. Groovy MOC man.It colors for the most part are also pretty good except for the upper arms bones. The trans blue is a little out of place.

It is very simple, but interesting 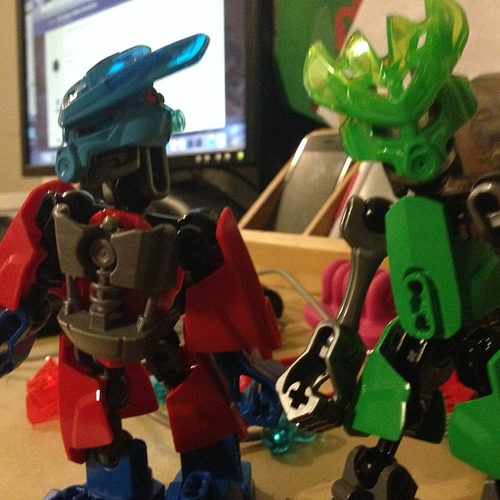 they were playing around a cliff when… 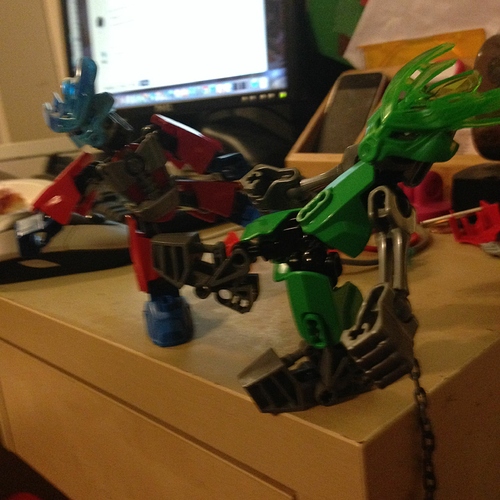 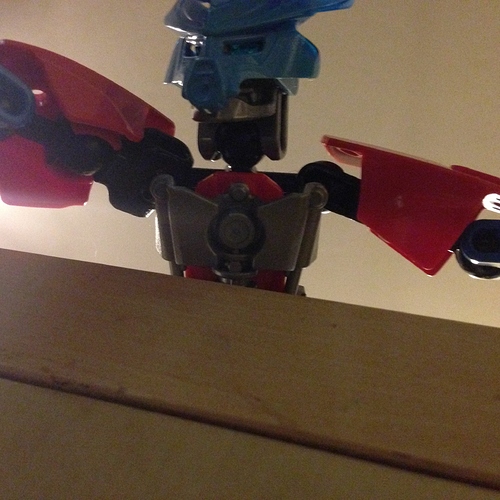 IMG_2911.JPG2448×2448 920 KB
his father was vizuna protector of jungle and blamed takua for his sons death and riped apart his arms and put them back to gather again and was wiped by vizuna
he was brutally beaten in public and was banished from all the tribes because vizuna told everyone that takua murdered his son and now he was here looking for food and armor.

Wow, this is brutal. Good job on the MOCs though! I like Kongu’s use of the skeleton arms, though it makes for a lack of elbows.

Not sure about the light trans blue bones, but overall it looks pretty cool for its simplicity.