The Toa Varta - A Bionicle Toa team by AmazingDirthunter

Varta was a brave warrior, who, on Spherus Magna, defended the village created by the Toa, Matoran and Agori. This village was named varta Nui, in honor of his bravery. Little did they know, Makuta Teridax had sent one of his most powerful henchmen, Makuta Mulvarok, to a far away planet along with many Deadly rahi and other Makuta, even the odd dark hunter. Mulvarok was greedy, he started searching for other planets to take over. And so, after thousands of years, he became known as The taker of worlds. He received news of the reunion of Spherus magna, and Teridax’s fall. He knew that rich landscape, needed to be his. Upon arrival on Spherus Magna, Varta and his company battled him. But Varta had underestimated the power of this brute. With one hard swing, Varta had his life knocked out of him. Turaga Takanuva knew it was about time he told everyone the prophecy of a new toa team. For Mata Nui, while giving up his life to recreate Spherus magna’s wonders, Had sent Takanuva a mental message, about Mulvarok and how dangerous he was. But that luckily, there were more toa canisters. 5, to be exact. They contained a Toa of iron, a toa of sonics, a toa of air, a toa of water, and a toa of stone. These Toa, were the last hope to defend spherus magna from this powerful foe. Although, these canisters were created even before the toa mata canisters, and they did not know if they even functioned. I guess you can probably tell, they did. Say hello to the Toa Varta! 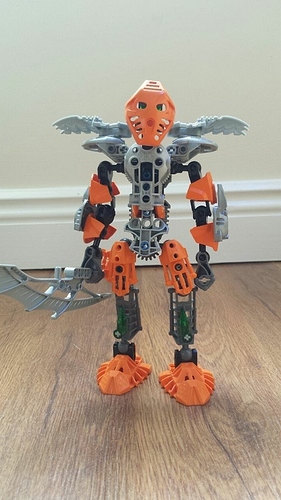 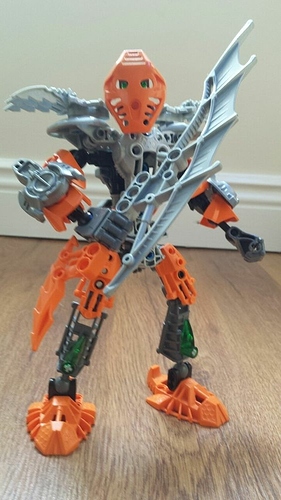 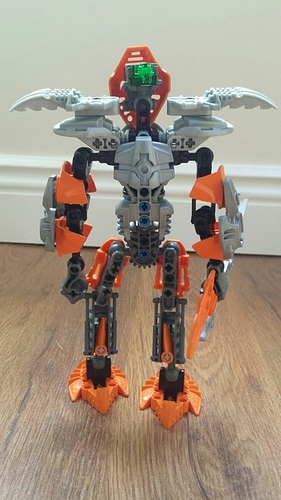 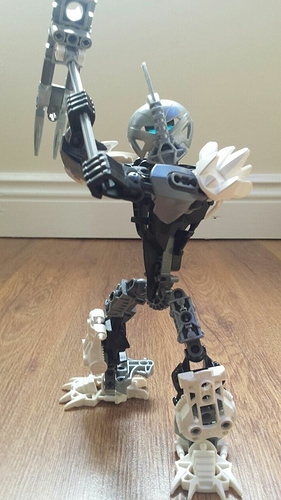 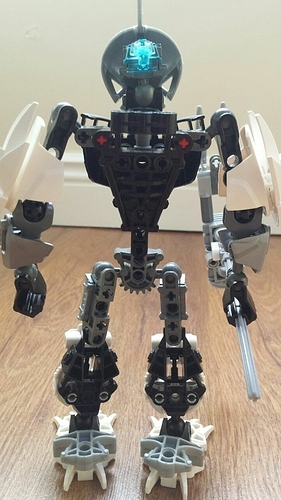 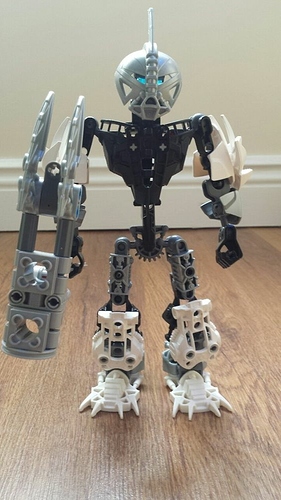 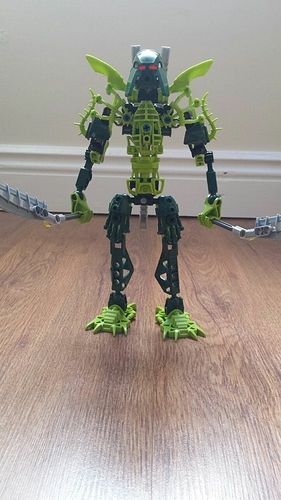 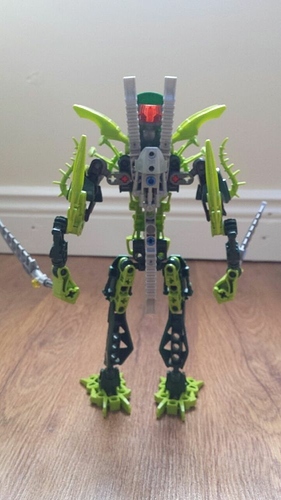 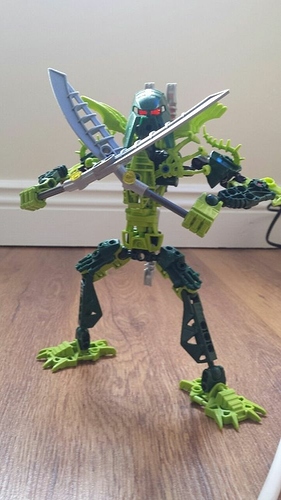 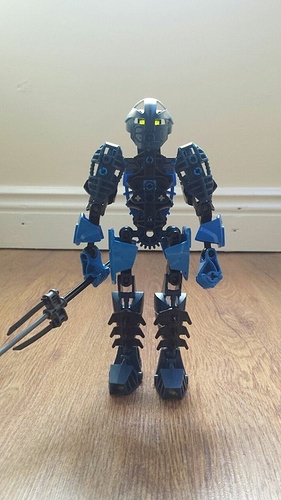 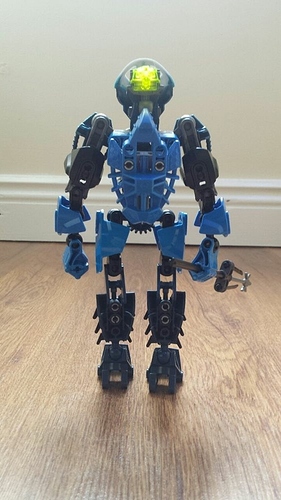 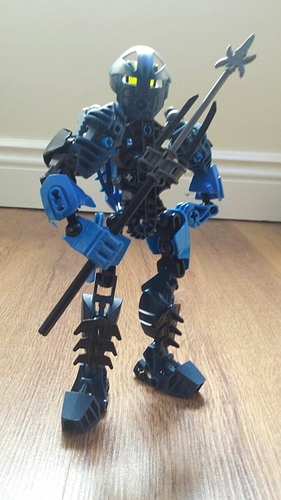 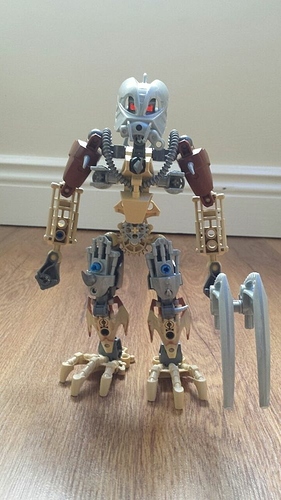 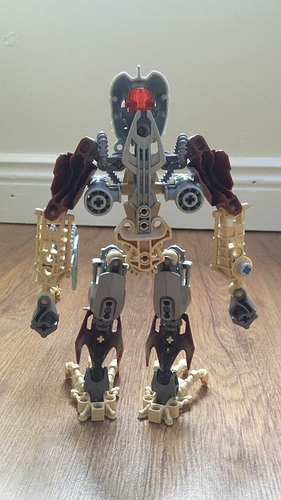 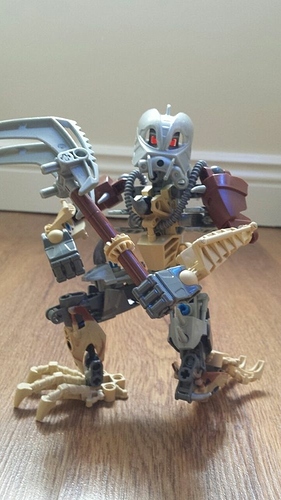 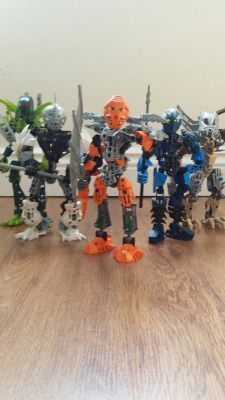 Alright! Let me know what you think, how I could improve builds or story, or if you would like to see more! Thanks for looking!

The story could use less commas, IMO.

The MOCs all seem basic, unfortunately. But still, this is kinda cool.

These all kinda look basic and some of them slightly anorexic. That doesn’t mean they don’t look nice.

Yeah… I did what I could with the technic parts I had, and I am glad I even managed to give them all custom torsos

@Rockho That was the hardest part, the torsos, took hours to make

@LurkingEhlek I am constantly changing this team. Maybe one day…

@Oniwah Thank you so much!

Cool. Nice choice of armor and weapons. The custom torsos, though simple are nice too.

Cool team. Could still use a sixth member.

I think they’re a lovely little team. You’ve got some creative stuff here. I think it definitely benefits from being a team. If you’d have only presented one of these Toa, it probably wouldn’t have looked as good. However, for what it is, it’s nice! I’d say Vazuki (mainly cause i’m a sucker for stone)

I think they look cool and they all look like they are part of a team but are still unique enough. Ah, I know, they remind me of the Toa Mahri.

Hey, I thought they looked nice. I just saw some as thin and some with some problems. For example, Vazuki seems to have some very weird asymmetry and Rahki looks too thin for my tastes. All of them suffer from different problems but all of them come off as decent.

These are actually some good MOCs!

Anyway, bottom line is I made a big mistake so I am sorry for that!