For those who don’t know what Touhou is, it’s a downloadable PC Bullet Hell series of games made in Japan! Instead of flying Spaceships like in Galliga, you’re in control of flying magical anime girls. Most of the main story is centered around the Shrine Maiden, Reimu Hakurei, as she battles against various Yokai while solving incidents that happen across the land of Gensokyo.

If you want more info just head over here: http://en.touhouwiki.net/wiki/Touhou_Wiki

Anyways without further ado: Discuss! But Please be respectful to the Touhou Fans out there.

why did it have to happen

ZUN has the tastiest jams and interesting character design. I don’t want to bash the actual art too much because I have only gotten beaten by The Embodiment of Scarlet Devil, but ZUN’s drawings aren’t great. All I can say about the gameplay is that it’s impossible to beat with broken up- and down-keys; I’m currently waiting for a functioning controller to beat TH06 and TH07 with.

I have 18 albums of remixed game music on my PC - that should tell something about the music in Tōhō. Everything Shibayan touches turns to gold.

I know all about these. My friend makes them for fun and gets me to test them. They’re actually quite fun.

The only Touhou games that I kinda have under my belt are10.5 and 12.3 (the fighting games). I wanna play EoSD because it has my favorite character; Remilia! 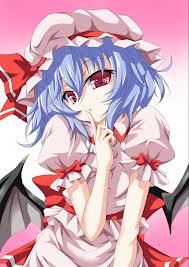 The series is full of waifus

Okay now gentlemen, let’s calm down a bit. I’m sure no one meant any harm with what they were posting.

…This series is not for me. At all.

I’m not sure if this topic is still active, but I feel like it may have gone off on the wrong foot.
I have played the Touhou games up to 12 so far (only beat 9 on easy, still working on the others, closest I’ve gotten was 7, 10 and 11) and the reason I like the series so much is because it’s so difficult. It forces you to changes strategies sometimes. I was used to doing straight shot up to 11, then I got more used to wide shot because I couldn’t get past Orin (Cat/Girl, based off a youkai who carries corpses in a cart, morbid, I know).
Another reason why I like it is because of the “incidents”, especially in 9. Most incidents are caused by other youkai, but in 9, it comes from the “outside world”, our world. Apparently, every sixty years, a war happens that causes the souls of those who don’t realize they’re dead or don’t accept it to take shelter in the flowers of Gensokyo, causing a massive bloom.
The music is also fantastic, not only as stage and theme music, but many remixes in many genres have been made, from rock to trance to even folk music.
I’m saying all this because I want to discuss with others why I like Touhou and my progress in beating the games, and to show others that Touhou is more than what was presented here.
Sorry for posting this months later.

oh sweet! Another Touhou fan! Yeah, I haven’t played much of the games (only 10.5 & 12.3). I’ve seen the fanime Memories of Phantasm. got caught up with it. Really like the story tho. Remilia is my waifu. In my Hero Factory self insert story Gensokyo exists as well as the events of Kill la Kill. Remi eventually joins me on my adventures with my HF team and we start dating. Human x Vampire love FTW!

Really want to cosplay Remilia in the Animegao Kigurumi style. Got the body for it (I’m very skinny…)

I like the newer episode of the fan anime because it doesn’t portray Shikieiki as an enemy like in the game, but just someone doing her job. I also like how she is based of the Yama from Buddhist mythology. 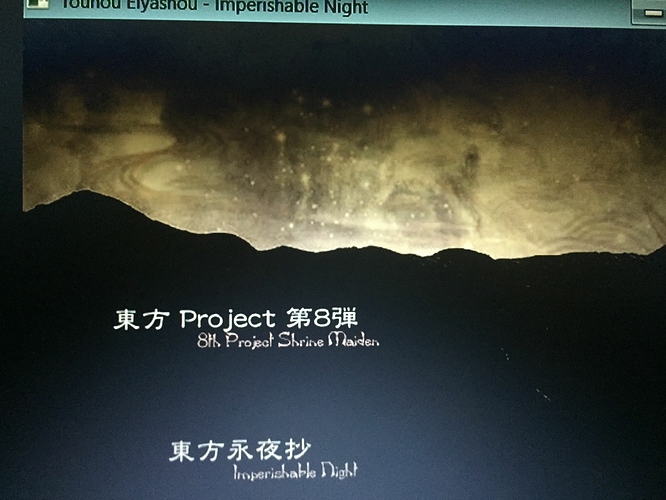 Finally beat Imperishable Night on Easy. Making my way up. Hopefully I can get to the point where normal isn’t as difficult anymore.

I’ve only played the spinoffs and the Castlevania parody fan games, but I like the series as a whole. I enjoy seeing what the fans come up with in art and manga based on the series, and I’ve enjoyed the music for a long time now.

Honestly, if it wasn’t for the music I’d probably not know anything about this series. I stumbled across some remixes on YouTube once and soon had a playlist full of them.

Yeah, the Bad Apple remix was my first exposure to Touhou. It was funny because at the time I didn’t know any of the characters except for the two protagonists. Now I can actually recognize most of the characters.

Resident Touhou fanatic here, this series is great. I just wish I was good enough to actually play the games.