I had ACTUALLY hoped this would’ve been up like 2 hours ago, but unforseen technical issues and obnoxiously looping audio prevented that. ;_;

Regardless, Episode 188: Price of Pencilvania is now up on Vessel! Check it out and let me know what you think.

I think Meso and Eljay are in the right for this argument. 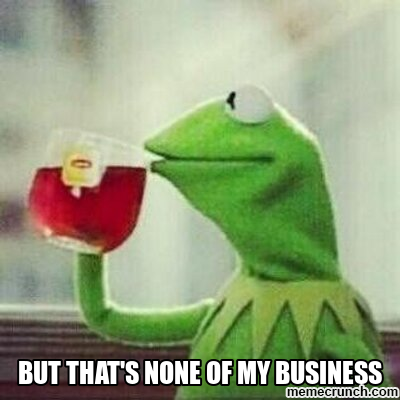 From what little I’ve seen of the official TV series, I expect it to be completely different from The Lego Movie. I’m not that big a fan of Ninjago, but I hope the movie’s good.

I don’t know wether it will rely more on the Batman license or the Lego Movie license, but I’ll see it anyway. If the first trailer is anything to go off of, I think it’ll be hilariously great.

Keep it. It’s a symbol. An Icon. Don’t just throw it away because of some show. If Eljay does get rid of the Miru, there ought to be more of a positive build-up to it, rather than the infighting we have right now. Something like: “Hey guys! We’re having an official TTV Live Panel at (convention name, place, and time here) We’ll open off the Panel with Eljay’s face reveal, followed by a pseudo-podcast and a Q&A session after.” Rather than “Take that thing off or so help me!”

That’s deep stuff, like, really mind-breaking stuff. I wouldn’t wish that experience on anybody.

It’s also really cool, like a mix between The Matrix and Inception that you guys pointed out in the podcast.

Overall:
Sick burns all around, from both sides. Here’s hoping Eljay recovers from his cold, and that this whole mask thing gets definitively resolved sooner than later. unless this is, as I and so many others on the boards suspect to be an April Fool’s joke.

Man that whole mask part in the podcast was just savage.

So in the next generation of the TTV podcast, can I be the future Eljay?

So in the next generation of the TTV podcast, can I be the future Eljay?

@Kahi, your dream is terrifying.

Not the concept, but the fact that I’ve actually experienced a slightly altered version of what you were talking about.

Or… Ya know… APRIL FOOLS!

The Lego Batman Movie
It looks pretty great, I quite enjoy the references to previous Batman films.

The Ninjago Movie
This one I’m not to sure of. I have faith in the writers, having hopes that it’s going to be a good film, and, as a fan from the very beginning, I’m not sure how I feel about the show ending, but I guess I’m okay if it has a proper sendoff.

But those are just my thoughts.

Forgot what podcast (may have been TTV Talks) and who said it (either Meso or Var) but remember when a cast member said they kept having a dream where they lied awake in bed trying to fall asleep? (seriously can anyone tell me what podcast this was?) That’s actually scarier than Kahi’s dream to me because I actually HAVE the try to fall asleep dream.

I am listening to it right now. Still in the beginning of the Ninjago movie discussion.

Personally, episode 188 left a tainted flavor in my mouth. I like every member on the TTV crew and watching them go at each other’s throats in a manner which, while I believe it is a valid topic, was hadled so poorly and it was disheartening.

First off, I don’t particularly mind that Eljay has his mask on during the videos. However, I do believe that if members of the group, particularly the leader, has issue with the mask being worn during the video and it’s decided that the mask should not be used during video recordings, then the decision should be respected not just because it’s a company decision, but also out of respect for The other members.

Now the next point I’d like to make is, in my opinion, far more important and I’ve noticed it’s a problem that’s steadily been getting worse. That problem is the disrespect that’s shown between members on air and on the boards. Now I’m unapologetic in pointing out that I’m saying this in defense of Var and Kahi, because when I listened to the podcast again I noticed that as Var and Kahi where trying to explain their reasons behind their decision regarding the mask, Purple and Eljay where responding by insulting both Kahi and Var’s character. I respect Purple for standing in defense of Eljay, but the things that she said where far from necessary and showed a great lack of decorum/respect. Of course Var and Kahi did respond to the barrage with their own artillery fire, but not until far after Eljay and Purple had said things they shouldn’t have. It should also be noted that Var multiple times tried to tell Purple she was out of line, not in defending Eljay, but in what she was saying towards Kahi.

Now down to the source of the problem: lack of decorum. I think that, as with any other business, this kind of behavioral problem should be banned from the air. What I mean by that is there should not be anymore bashing of character flaws or ridiculing other members of the team. You simply don’t see that kind of behavior on podcasts or any other form of media for that matter. Companies prohibit that sort of behavior for a reason. Along with that I believe that the decision on this mask issue should become final (whatever that might be) and any form of corporate disputes should be kept off air.

The real problem here is pride. The mask is Eljay’s Pride just as the channel is Var’s. If the decision is made that Eljay loses the mask on camera, then he should show humility and humble himself enough to respect the decision of his friend. Now of course also, he is a paid employee and Var doesn’t have to pay him, so the decision is ultimately his.

The most important thing here is that the group starts showing more respect to each other on both the forums and videos. It’s just simple professionalism and humility.

I agree. And while it was slightly humerous, and perhaps that is what they were going for, it has become a legitimate concern.

guys, have you seen the civil war “should eljay remove his mask for recordings?” topic? it’s a joke

See if this wasn’t an April fools joke this post would have been the best way to stop the argument, but ttv civil is already happening and a lot of people already suspected it as a April fools joke.

lot of people already suspected it as a April fools joke.

Well it’s kinda obvious. That being said, I will forever serve Emporer Eljay.

You are professionals, and this conduct is unbecoming.

The most important thing here is that the group starts showing more respect to each other on both the forums and videos. It’s just simple professionalism and humility.

We’re not professionals. We’re a bunch of idiots on the internet that record ourselves talking about toys over Skype and for some reason people watch it.

I understand what you guys are getting at, and to a point I agree; but I think you need to realize that we record a multitude of different videos, and they all lead to different levels of professionalism. Sure, we should stay professional during our produced content meant to reach a larger audience, like our interviews, autopsy, top 10’s, that kind of stuff.

But we also make videos that are less produced, casual, and meant to be enjoyed by our fans that enjoy our personalities. These aren’t the kind of videos that require that same level of professionalism, because they’re just us having fun and talking with each other and that’s what they’ve always been

The only time I ever hear this kind of comment is from people that don’t know us on any personal level. And that’s fine, I get it. You don’t like hearing your favorite hosts be disrespected by other hosts, but you don’t know us behind the scenes and you don’t know how we interact outside of the recording booth.
So please do not be offended on our behalf. We’re big kids, we can handle ourselves just fine

(this is ignoring the fact that, of course, episode 188 might not have been the most realistic portrayal of how we truly felt about each other

My apologies then. I was under the impression that y’all wanted to run TTV as a professional group and that was what ou were striving for. I still think that some of the 188 comments would be harmful in any relationship, but if that’s how y’all role then I’ll just appreciate it for what it is. Entertainment. I check vessel every day and love the show. Keep up the great work!

i need to catch up

That bit with the country ‘theme songs’ killed me.