The Wraith of Okoto

Hello everyone! This is Lonngg over-due, but here is a look at the MOC I entered into the Makuta Contest. I had asked for suggestions on how to make the MOC better on my YouTube Channel and on a previous post. I have to say, you all were very helpful in this regard. Good job, Lego fans!
One of the number one comments I got on my YouTube video was that, for the previous version, the figure looked good without the legs. There was also someone on YouTube who suggested I make a wraith. So, that’s what I stuck with. I hope you all like him!
Anywho, enough rambling. Let us get to what I came here to show you, Makuta, the Wraith of Okoto: 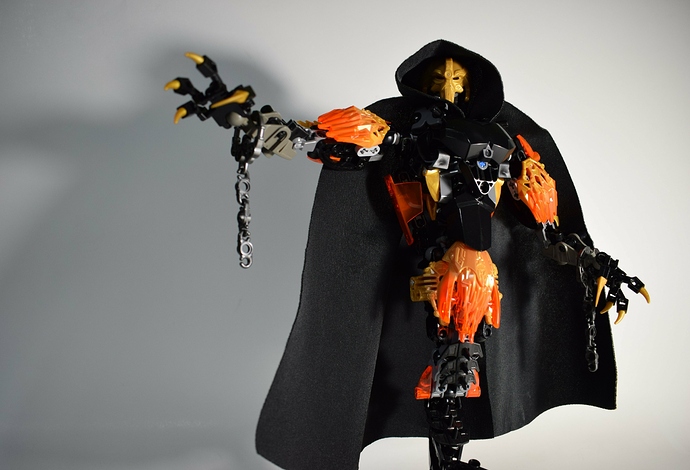 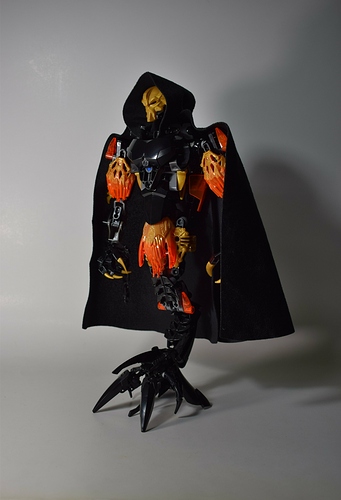 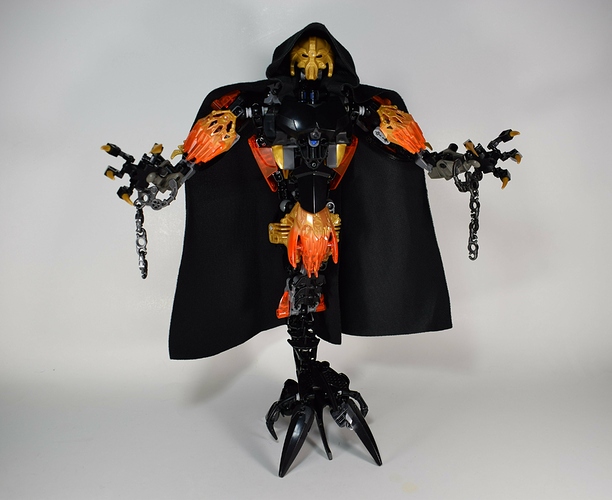 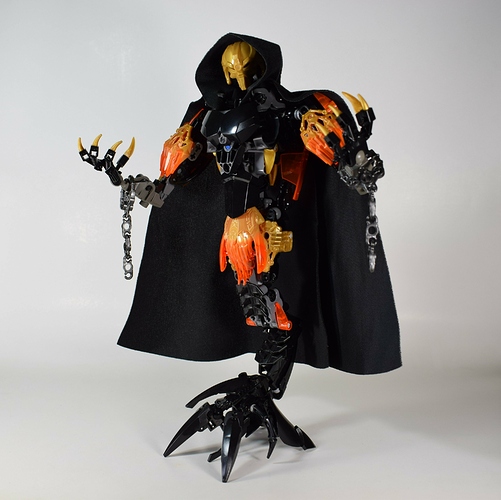 Here he is without the cape: 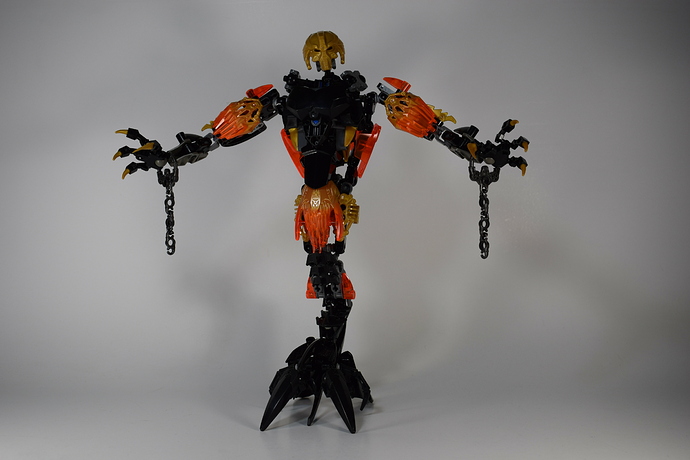 Also, here is the description for my entry on Rebrick:
This is the dreaded Makuta, Wraith of Okoto. Legends of this monstrous specter are told by Okotans who claim to have seen him. Though he has not been known to cause any lasting harm, terror seeps into the hearts of anyone who lays eyes on the monstrosity. The shrilling tales sometimes keep young villagers awake into the wee hours of the night. Many wonder how Makuta would be able to manifest his spirit as a body if he is trapped in the Shadow Realm. Quite a question to ponder indeed!

Well, that’s all folks. Thanks so much for taking a look, and have a great day!

Very cool! I like how unique he looks in comparison to other entries.

the Wraith of Okoto:

Legends of this monstrous specter

Nice touch with the chains.