Built in the year 2047, Z Titan is a 14 meter tall Iron Shogun built for the Dailax Robotic Wrestling League, the most popular oil sport on Earth in the 2040’s. Z-Titan has fallen under several different owners and its current owner is a 25 year old mechanical junkie named Jack Herald.

His weapon arsenal is a 21 meter tall spear called “The Gutter”, spikes and saws ladened all over his iron carapace, jumpjets that can travel up to 60 meters in the sky, eye lasers and several hidden missile salvo’s on his lower leg. His lower feet also store two pop out sycthes stored in the event that The Gutter or all of his other weapons have been destroyed or rendered inactive.

MOCists note: This was a MOC I originally made in 2014 or so that I recently restored with newer parts (or at least from what little I have left of my parts collection) and gave him a newer backstory. His upper legs I wish I had more parts to make less gappy but I suppose that is what happens when you have so little of your MOC parts left. 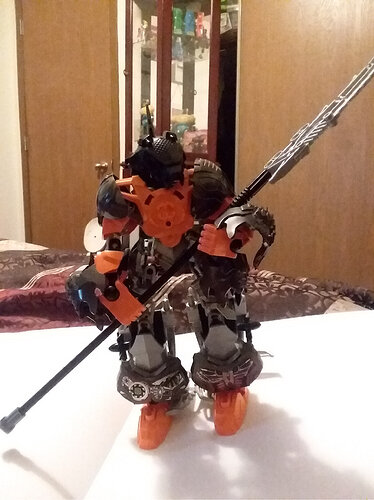 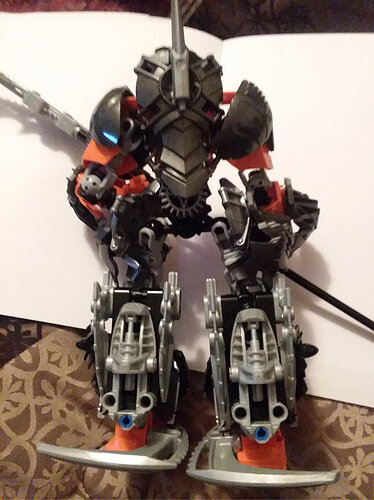 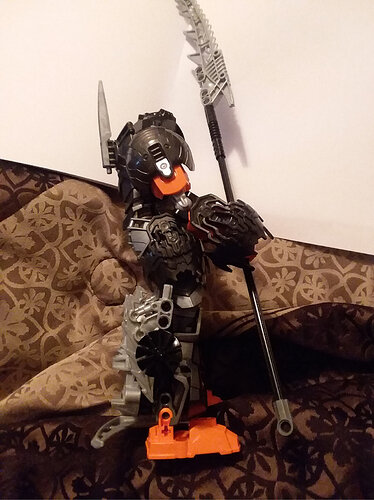 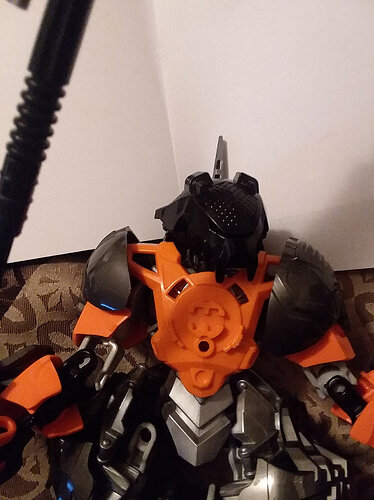 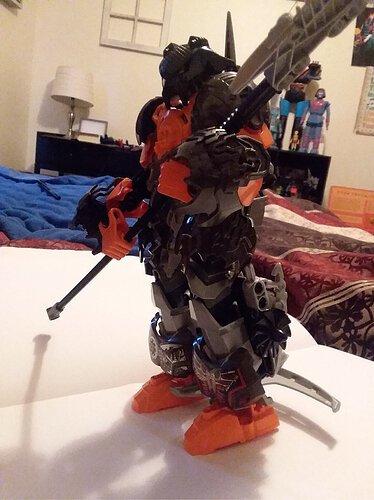 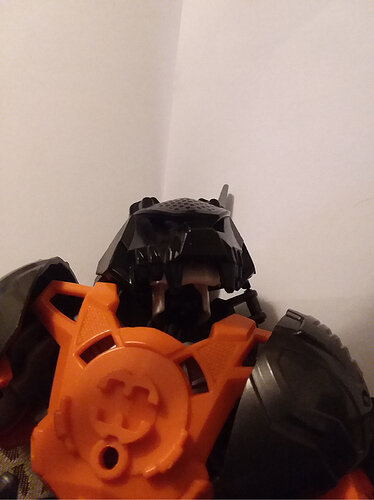 Bulky, very bulky. Could use better color distribution though

@Toa_Radrix What would be a better way to make it seem bulkier?

Could use some slightly longer legs with more orange

Not bad, but not really super either.

To be fair I made this MOC years ago. If I remade it now I definitely could make it better but I have very little Constraction parts left.