Very few fans will argue with the fact that 2007 was a great Bionicle year. That doesn’t mean it’s without some shortcomings, one in particular being Hewkii Mahri’s set design with his missing hand being the biggest eyesore. 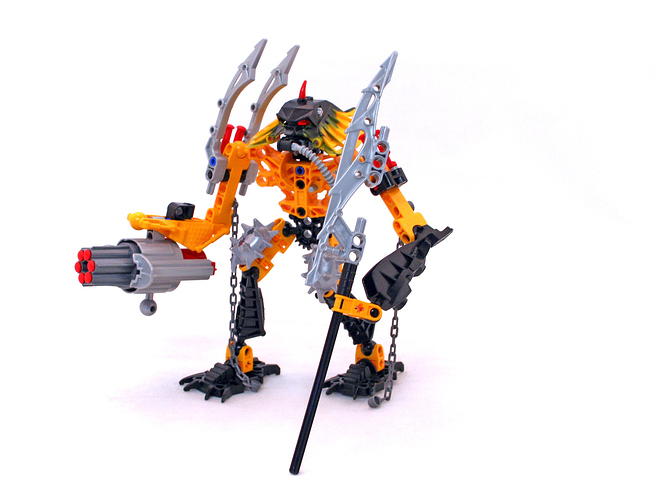 This has been a large criticism since he was first released but I’d like to propose a theory that might explain It’s not that he doesn’t have a hand, it’s that we can’t see his hand. I’m thinking it’s something similar to something like when Iron Man has an arm cannon. 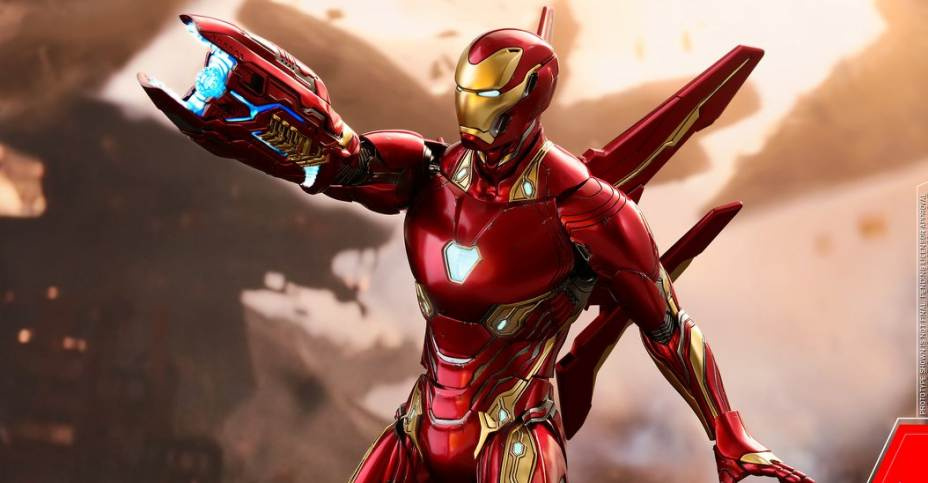 He doesn’t have to cut off his hand to use it, his hand is just covered by it. In the same way, Hewkii might just have some sort of sleeve-type thing over his entire arm that the Cordak blaster is attached to. This might also explain why that arm is a different shape and color.

That doesn’t mean it’s without some shortcomings, one in particular being Hewkii Mahri’s set design with his missing hand being the biggest eyesore.

Hmm I think there might be some sort of bias here but I don’t know how.

It was definitely something that upset many fans. But I would say the overall lanky, misshapen, asymmetrical arms along with the chains and underwhelming staff were the main gripes with this fella, but it definitely makes sense for this to be a blaster arm, the only thing that would confuse me is how would you explain the missing hand while they were aboard the transport.

I don’t think the Mahri commercial has much significance regarding canon. If I recall correctly, it’s only semi-canon.

Unless your talking about a comic where that same thing happens.

I assumed the advertisement was taken directly from the comic which would make it canon, but I guess it’s not that significant.

I always figured a sea beast, like one of pridak’s sharks, bit it off.

I feel like an event as significant as that would have been mentioned at some point.

That doesn’t mean it’s without some shortcomings, one in particular being Hewkii Mahri’s set design with his missing hand being the biggest eyesore.

I am pretty sure that criticism came after TTV made their “Top 10 worst Bionicle sets” video, and not before it.

I mean, if we’re talking in-story, he does still have his hand…

Personally though, the lack of a hand on the set never bothered me.

Am I the only one who was ever been bothered with it?

Honestly, I like this set quite a bit, but I tend not to be very critical about oddities like this. Your explanation makes sense, especially since Hewkii is never mentioned to be short a hand. Doesn’t seem like he was actually supposed to be missing a hand, the set just doesn’t include it, for… some reason.

Hewkii Mahri is one of my favorite sets!

The best way to solve this is to ask greg.
Anyways I usually just stick a hand piece at the end of the arm and I never ask myself why the set didn’t come with one

I had to admit, I was expecting something much more radical when I saw the topic title.

hewkii lost his hand in that one cancelled book between 06 and 07 guys, that’s why it never got mentioned the timeline matches up and everything

But seriously, I actually like the explanation you gave. I’m in the camp of “This has never bothered me” though, aside from it being a somewhat amusing bit of trivia.

Obvously, the Mask of Life transformed his hand into a gun.

Maybe Hewkii had some daddy issues like another famous hero we know.

Hewkii just gave someone a hand!

I’ll just be showing myself out now

I do agree with this, but as several people have mentioned, it doesn’t really bother me that much.

I just go with the way he was depicted in that one chapter of the Mata Nui saga. He has two identical arms there and I consider that canon for my Hewkii set.