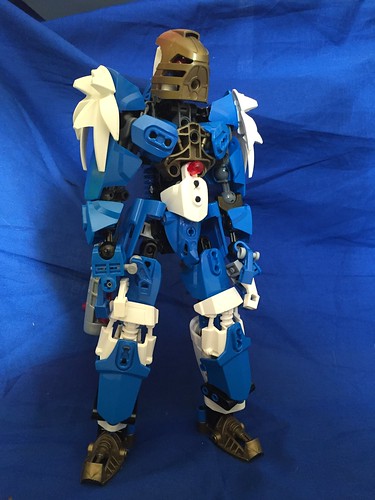 Therina is one of the mysteries of the Toa Vihagu. She made her appearance out of the hostile Ethian desert, covering the southeast of Erkelon, possessing strange powers of healing and prophecy. Therina is, in fact, one of the few “Masters of Spirit” - Toa that have mastery over
the spirits of beings. Not only does she also possess the powers of telekinesis and mind control, but she can, in fact, alter aspects of one’s destiny. 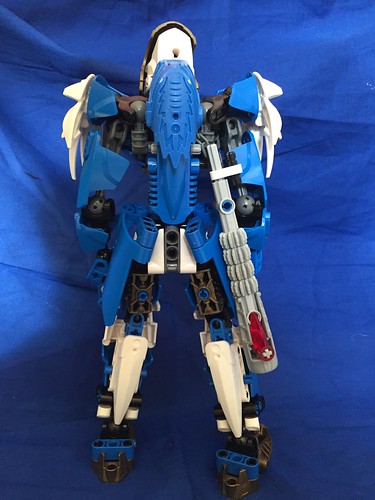 While on the field, Therina may seem incomprehensible, speaking the state of her senses in vague terms that only a few of those around her can understand. In private company, she displays a more light-hearted sensibility, seemingly able to laugh at any and all remarks. She seems to share Zerkah’s desire for the liberation of the Southern Islands, as she supports him greatly, but others suspect her true motives are quite different, especially after her “unexplained disappearances.” 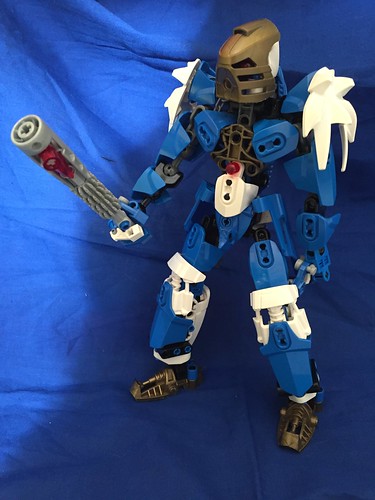 Therina carries a “Mind Baton”, an artifact retrieved on a previous expedition. The weapon allows her to form the tip of the weapon with her thoughts, giving her extended versatility in close combat. 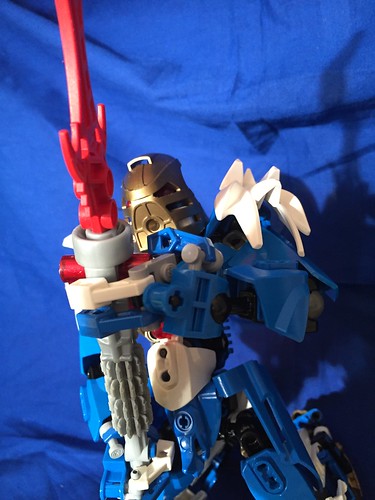 A pretty intense build, which eventually leaned closer and closer to this concept for Therina that I had made back in November.

Looks great! one of my only issues is the heartlight, it is placed so low it looks…awkward.

my only complaint is that the chest armor tapers off the higher it goes.

I think the Likahn gold clashes a bit with the blue, but this is pretty good. The heart light does bug me a bit. Maybe if it was in a different color.

I feel like it needs more dark gold, but other than that it looks pretty cool

This looks pretty cool, I like the color scheme a lot.

The colors mix well, and I like her rugged textures.

AS FOR THE MOC
I love the colors on this thing! My only only suggestion would be adding more dark gold in a few places. Other than that, 10/10

Ye, I don’t have a whole lot of dark gold available to me, so I had to pick and choose the places where I was going to use it. Maybe next time I’ll make up some interesting idea to use the minimal amount that I have.

one of my only issues is the heartlight, it is placed so low it looks…awkward.

Can see that. The heartlight placement as it is was more of an afterthought to fill in a gap.

I think it would benefit from better gold distribution.

The build itself looks pretty good.

The heartlight placement is a little odd.