I encourage you to endeavor for it. [quote=“TheMightyObsidianDude, post:20, topic:50662, full:true”]
I bow before my new god, show me the way of the chicken tendies
[/quote]

Very well my child. follow the almighty THONK to deliverance.

Very well my child. follow the almighty THONK to deliverance.

I now fear for my life!

A big buff Skakdi that reminds me of DBZ Broly. Very nice job!

A big buff Skakdi that reminds me of DBZ Broly. Very nice job!

Thanks! Broly wasn’t a direct inspiration, but I can kinda see it.

Its just me. Whenever I see a big buff bionicle I think of Broly

That torso build is sweet. This guy is definitely a brute!

You just know from his smile that he just constantly pours raw protein powder down his throat.

At this point it’s just a force of habit, he doesn’t even need to eat it anymore. At first he hated the taste, but now it doesn’t even register as a flavor.

hope he doesn’t learn about freebasing.

Based on your profile pic. I honestly expected more of a neon genesis evangalion inspiration. But great job regardless!

Nah, I’m a man of many interests. Thanks though!

So this quickly became one of the most popular mocs in the past few days on the boards.
And it deserves it.
It’s a very nice looking moc, and the texturing is top notch. He is big, he is buff, and he is stronk.
One nitpick on my part tho, but it’s just me: The fact that he is all white makes him look like a naked bodybuilder. IMO, he would look better if he had a contrast power, an actual solid one, other than the random black and trans yellow parts that pop out here and there. Maybe a little more black. Maybe some light blue, just like in the original set. I dunno, something.
But that’s just me.

Thank you! I had actually considered giving him a black waist and upper legs, to kinda invoke the image of gym shorts, however due to part limitations that idea fell through.

######(Also Thonk and Thok are distinct and separate characters, despite being distant cousins)

Dracaux only wishes he could be as ripped as Thonk 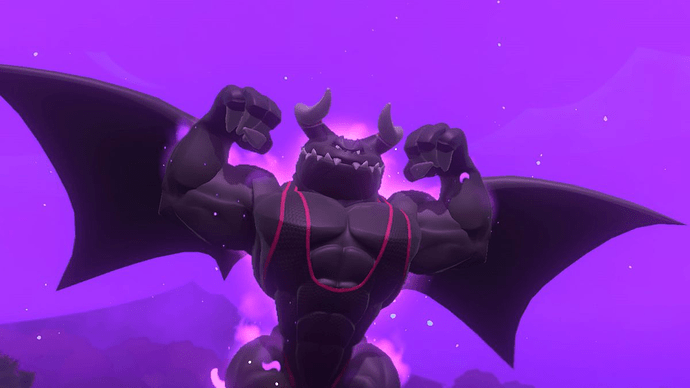 No one is allowed to like this anymore, unless we want to get to 420

I better unlike this