Three Mocs, Yay! (Im back after a long time!)

I return after several months of absence, huzzah! And I return with several mocs! (6, actually, but im showing 3 here.) So let’s dig in and show off my stuff!

Let’s begin with a familiar face, my self-moc Khara: 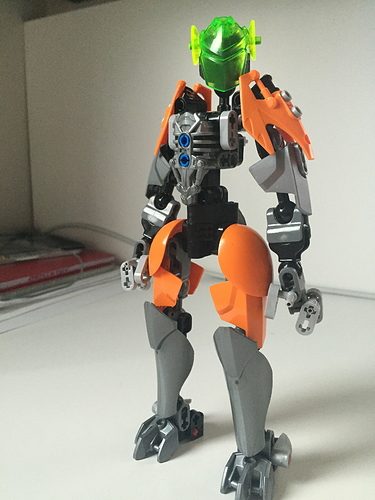 Khara has’t changed much, at least at first glance. However, her pelvis (hip? thigh? whatever the bottom torso) has gotten a complete redo. Aside from that, it’s all relatively unchanged. 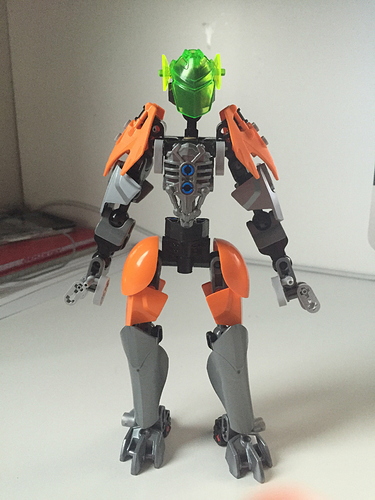 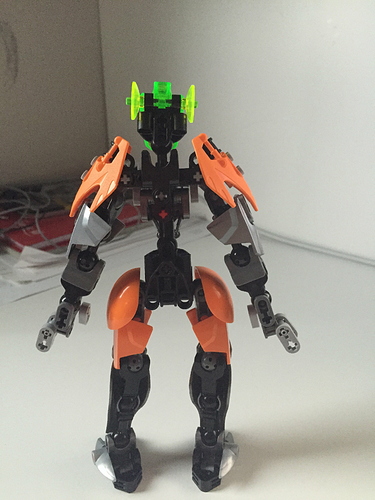 Back View. From here, the changes can be easily seen. 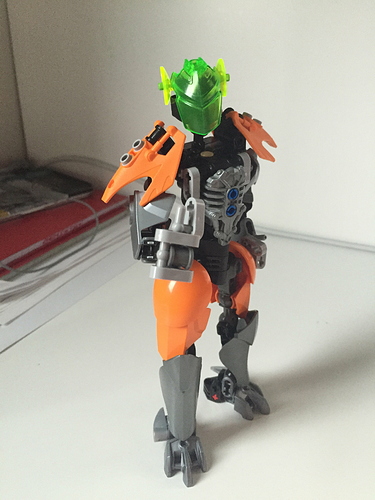 Now, onto a complete redo of an old moc. (‘revamp’, ‘rework’, ‘update’ whatever) Remember Cass? 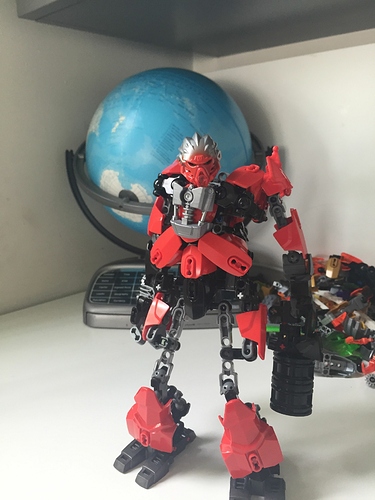 This beefcake. Yeah, I’ve revamped him in a MAJOR way. This pic up here is the before pic. 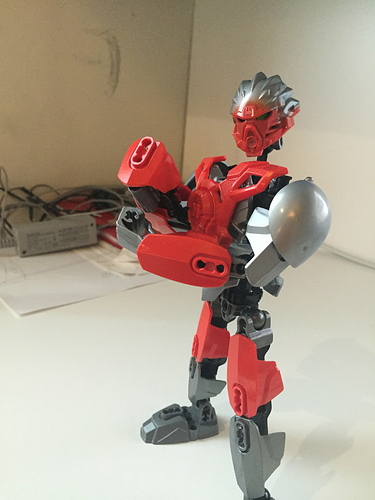 And THIS is the after photo.

Big changes, I know. But why? Well, all because of one problem I had with the first version.
The story I had for this guy was that he was this military soldier that was brutally destroyed by something i dunno and his brain was put into some robotic body and wham that was it. But my problem was in his size.

The original Cass was WAY to big. At first, that was the intention. But as time passed, I realized it was impractical. The robot body was both made for military use AND for everyday life. And, well, being as big as a bus really limits what you can do compared to a normal person.

So, I went back and, well, shortened him. He now stands at normal toa height, but still retains his basic qualities. 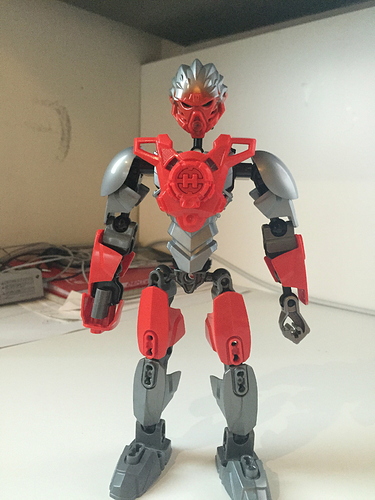 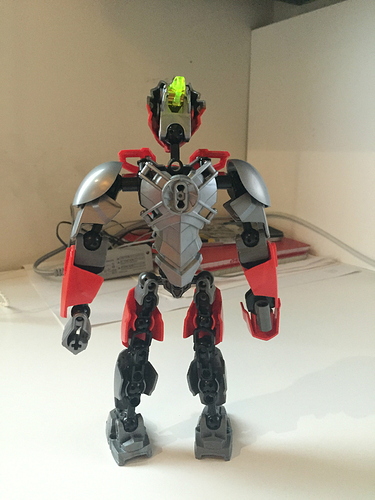 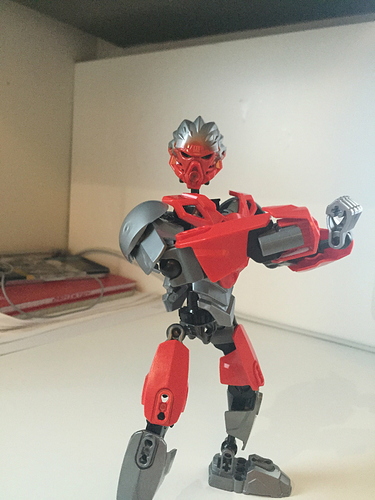 Yeah, making him smaller certainly made him more simplistic, but I fell the metallic powerhouse look is still there.

ALSO IGNORE THE FACT THAT HE HAS THAT HERO FACTORY EMBLEM IT’S THERE TO BLEND IN WITH THE CHEST PLATE IGNORE IT. 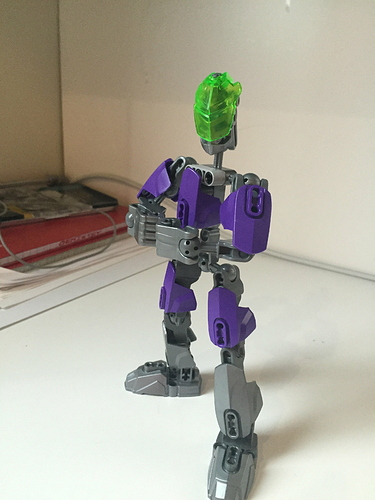 Mike is a rookie soldier. Sure, he lacks experience in combat, but his life as a mechanic and pilot gives him an advantage. 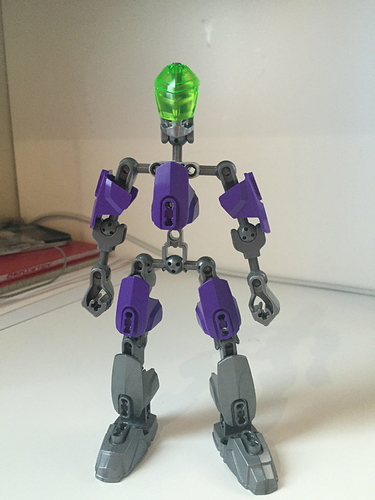 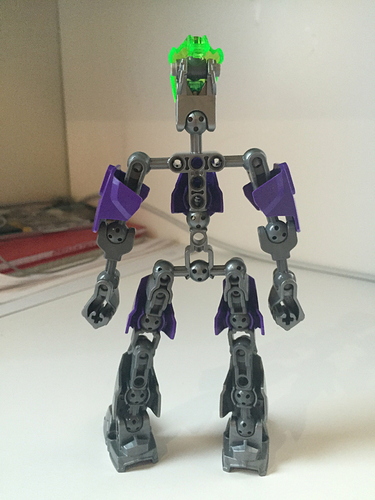 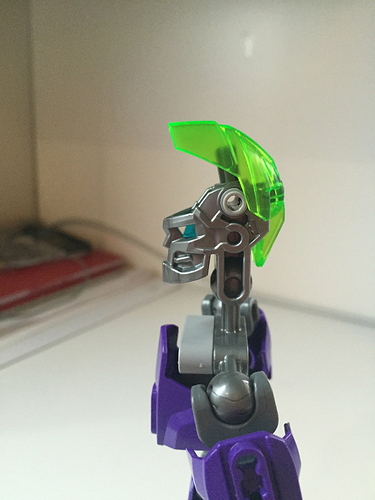 His visor is pretty high tech. Think of it like Google Glass mixed with that scene in the lego movie where Emmet builds the construction mech and can like analyze all the pieces by seeing them. The visor gives him information on any objects of interests in his range of vision.

You might be saying how this gives him an advantage in combat. Well, have a look-see. 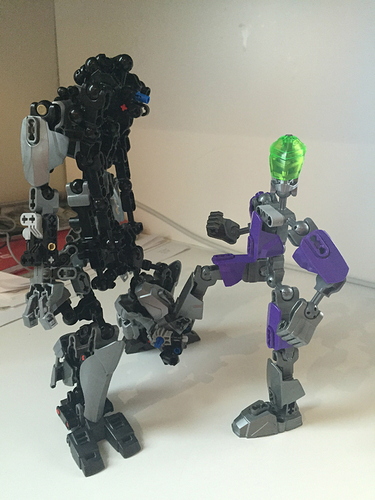 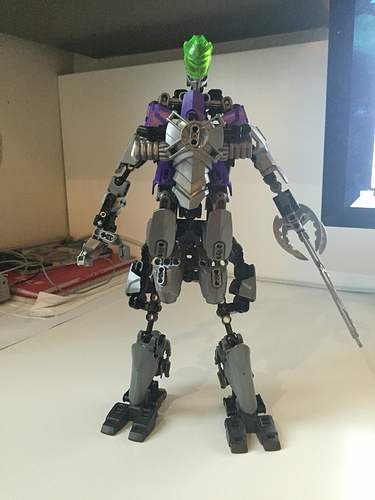 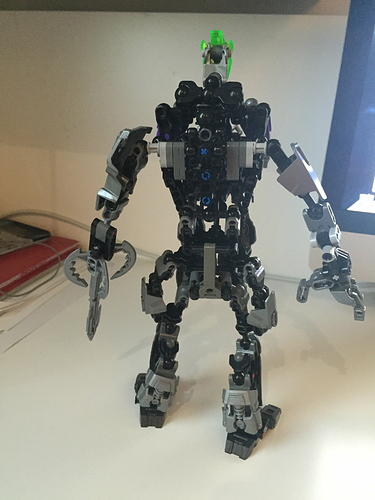 His mech comes equipped with a grasping hand and power blade. But it’s not all offense with this machine. It’s bulky frame and sturdy legs allow it to hold position against immense force. 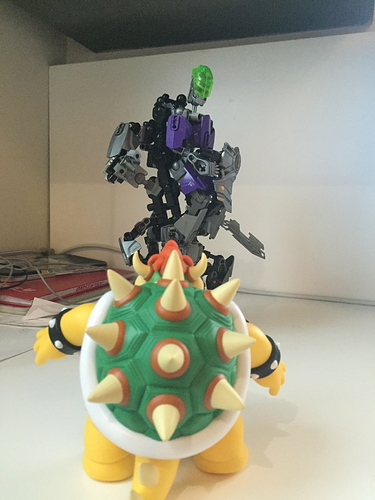 Well, that’s all for this post. Imma make a post later today or tomorrow with my other three mocs. (hint hint one’s makuta so)

Im not good at outros so uh. Bye.

The first MOC may benefit from something around the thighs to make the openness of orange SW add-on less obvious.

There is still a lot to be desired from these MOCs, hips in the first one are to wide, the second one has large hole in-between the torso and the third’s mech needs some bulking up in the upper sections.

Top one is pretty good, but I can’t really say that for the others.

I like the hero visors, they look good on these MOCs.

Each of these is pretty simple but aside from the last one, I quite like them.

Also I’m finally no longer the only person to have used that hand design from your Self-MOC. Only took what, two years?

While I like Khara design alittle, they all suffer no coverage from the back view.
I kinda liked the old Cass and Mike is very lackluster for a rookie.

I like these guys, but the red one’s neck bothers me. Otherwise, pretty good!