Greetings! I have been building CCBS creations since late 2013, after putting bonkle on the backburner in late 2009. There's a bunch of stuff I'd like to showcase, but instead of opening a thread for each and every creation I am simply going to post them all here, to keep things less of a mess.

Starting off is my first "modern", ccbs/g1 parts hybrid build called 'Armor Wolf'. I made this when I only had Toxic Reapa and a handful of extra bones and shells from Kai's fire mech, in addition to my preexisting bionicle pieces.

There isn't really much lore/fluff to this guy, he's just a space wolfman.

In terms of features, he had a deployable shoulder launcher, a battle ax, and later he received a sword

You can view the full gallery here!

Wow! Reminds me to Tahu and the Tahnok by color. I could make a bbackstory for him, but he needs a name. Great building style, couldn't make better.

looks cool. Reminds me of a mech

Thanks guys! This is my second more substantial build from early 2014 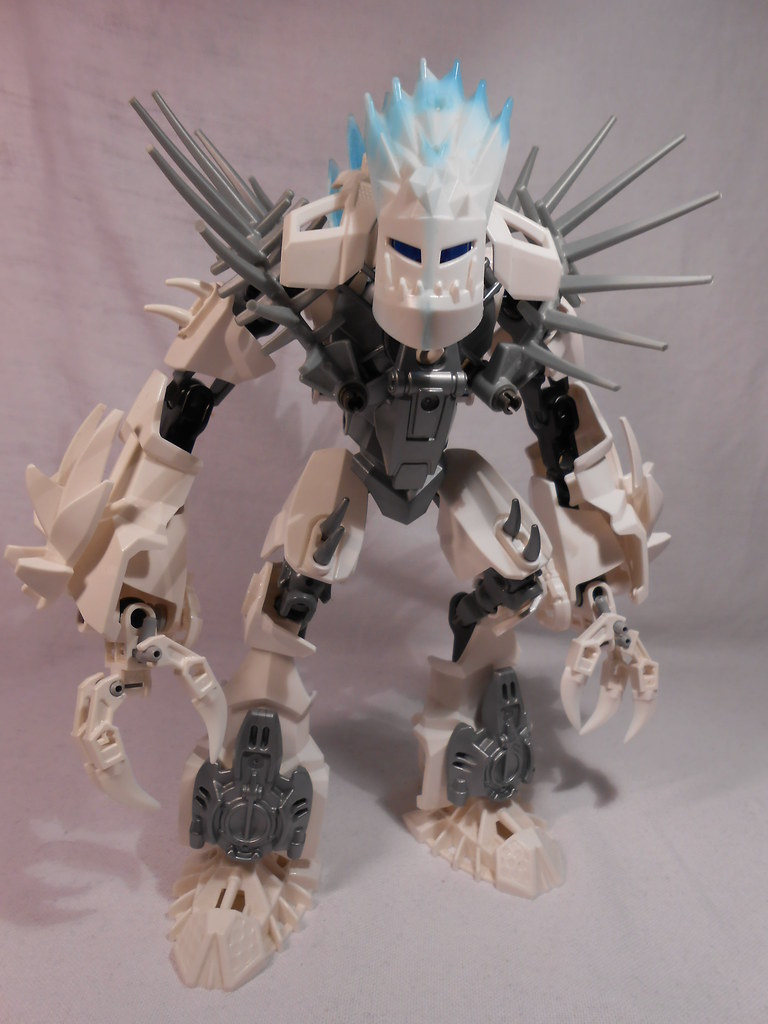 It was an ice-themed villain in HFverse setting, aptly named Draz'Zlib.
You can see the full gallery here!

The MOC being showcased looks rather well executed. You pulled off the layering almost seamlessly (except maybe the ax bits on the torso). I also like the ideas being done here. It's a rather enjoyable build. I hope to see more from you in the future!

Thank you! I have been on flickr for quite a while, but instead of dumping a direct link to my photostream, I figured it would be better to slowly show "major" builds one after the other.

I really liked HF changing the scale in 2014's IFB - I enjoy making mecha out of system, or using system-CCBS hybrid builds. Making a mech for each character kind of became my personal quest for a few months, save for Evo, whose XL machine only required slight tweaks but was otherwise fine. My first two mech rebuilds were for Bulk and Breeze. The idea was to let their machines reflect on their personalities (Bulk's being stocky and hench, while Breez's more lean and elegant), and to also retain some of the original walker's functions. 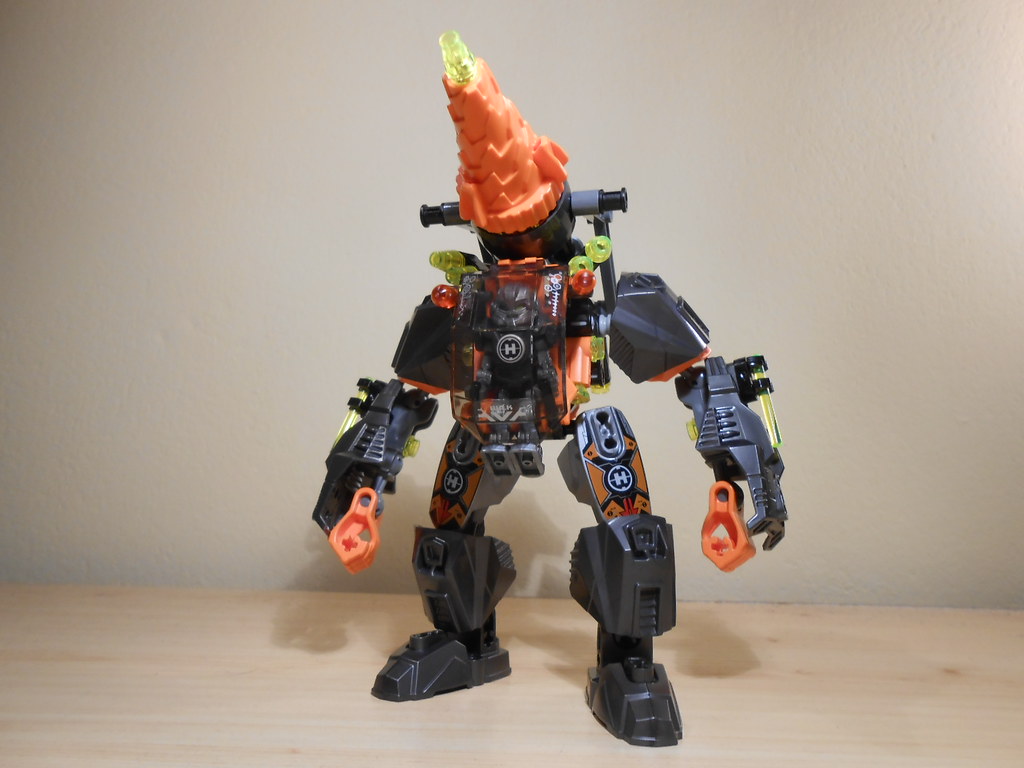 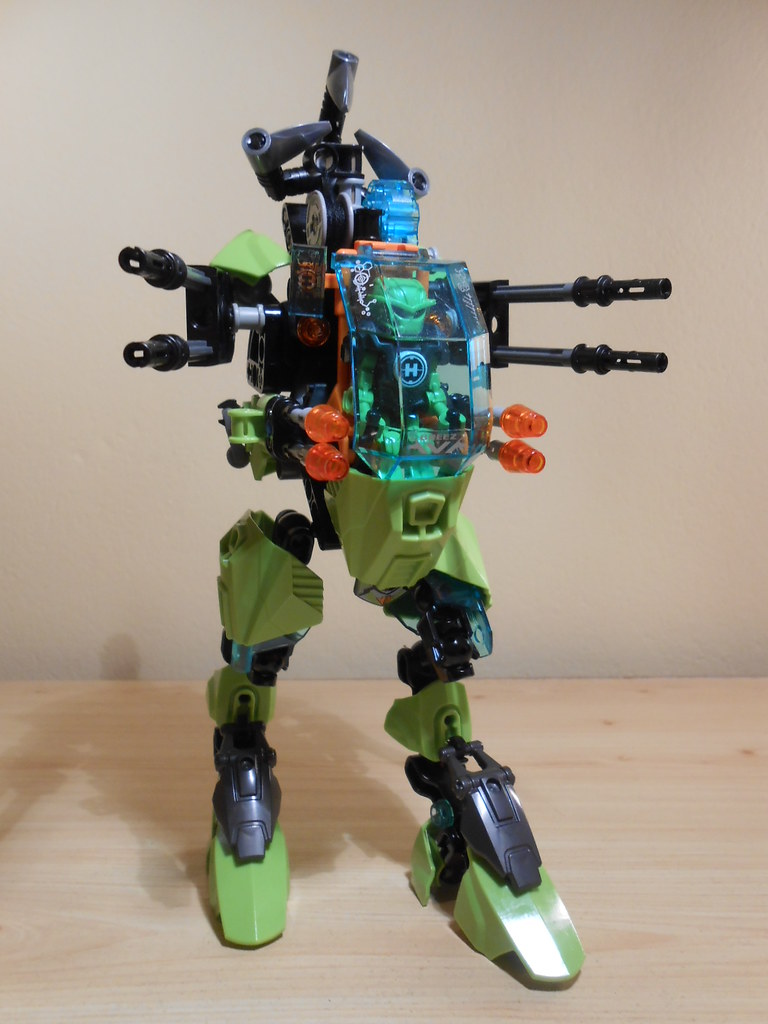 Side View I Rear View

These were my first foray into custom constraction mecha - I'll share more later!

Coolio.
At first glance the first one looked messy but once I actually started looking at it I really liked it.

I'm not sure why, but Armor Wolf reminds me of older Lego box art or something. I can't really put my finger on it but it does...

Apart from that these MOC's look fantastic

Messing with Bulk and Breeze's custom mech made me realize that relying on the standard constraction torsopiece was more of a hinderance in this case - discarding that and experimenting with custom torsos opened up new possibilities! The next mech I built was for Surge, called 'Stormherald': 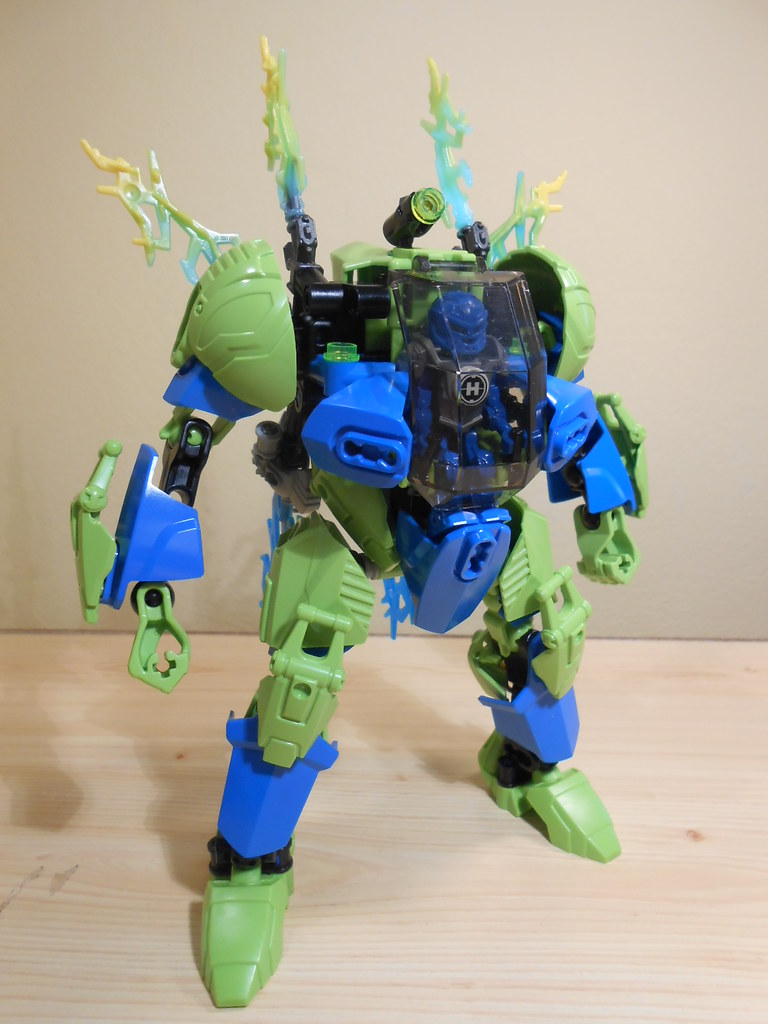 I really enjoyed this one due to its unconventional color palette. You can view the full gallery here!

Figuring out the mech frame, it was easy to adapt it to other designs: 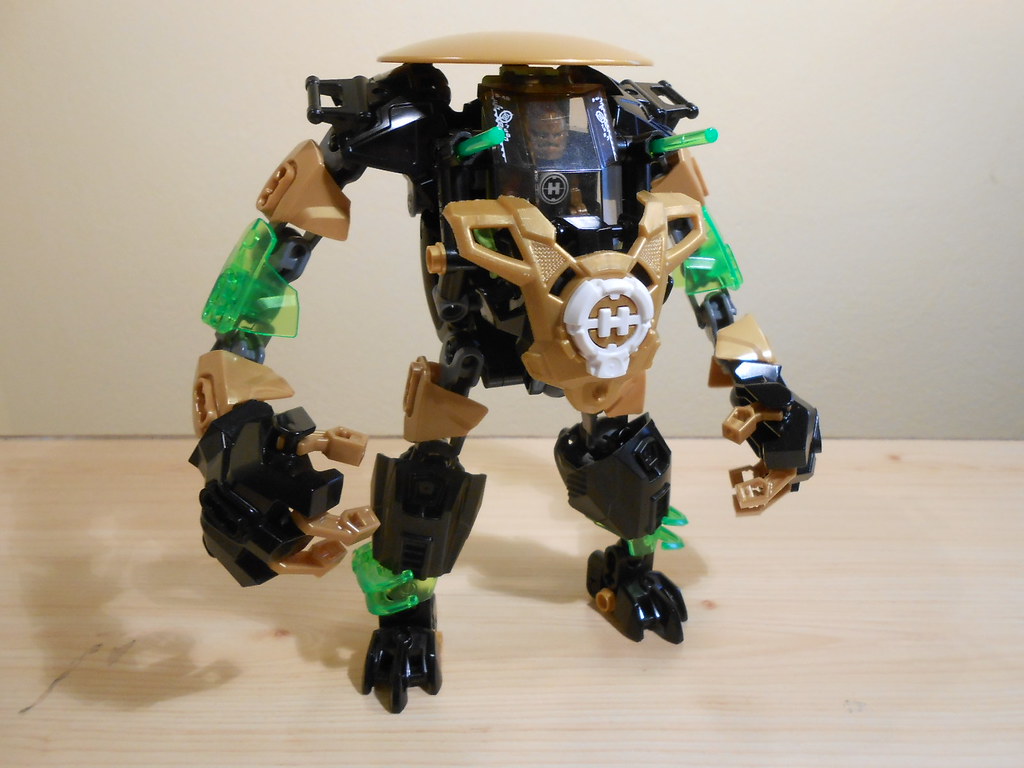 Rocka's mech was made with being more rough and tumble in mind, specialized for close combat. You can view the full gallery here! 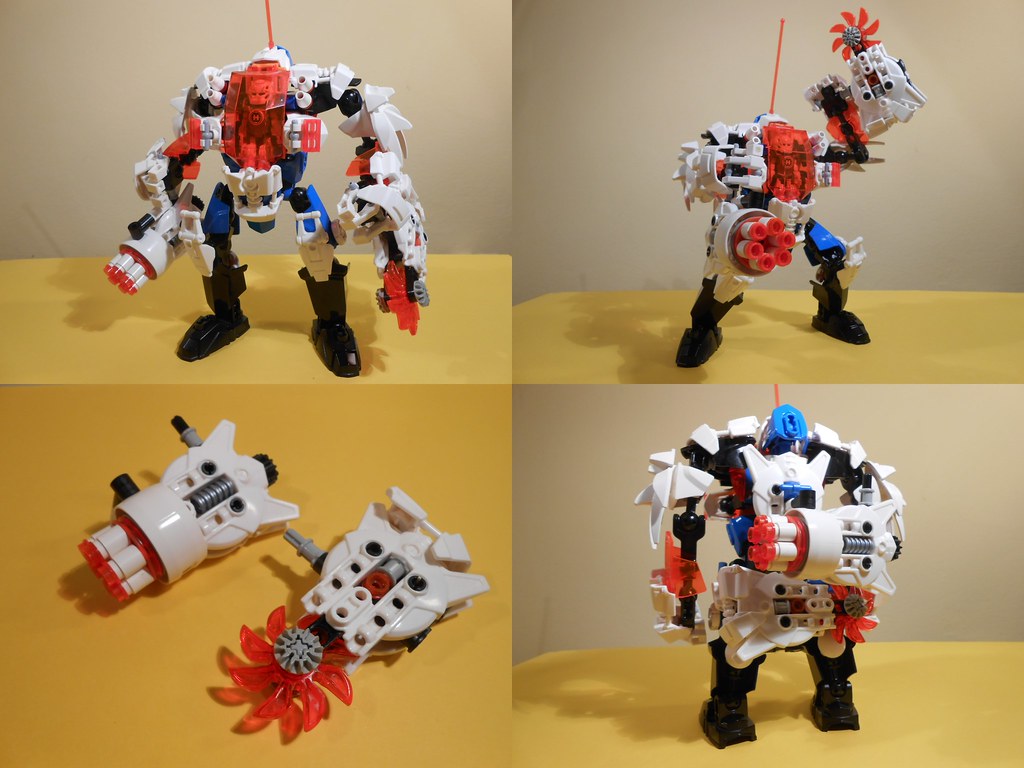 Stormer's mech was designed to homage another lego theme visually. I've recently added a working 6-shooter to the design. You can view the full gallery, with an earlier saw design here! 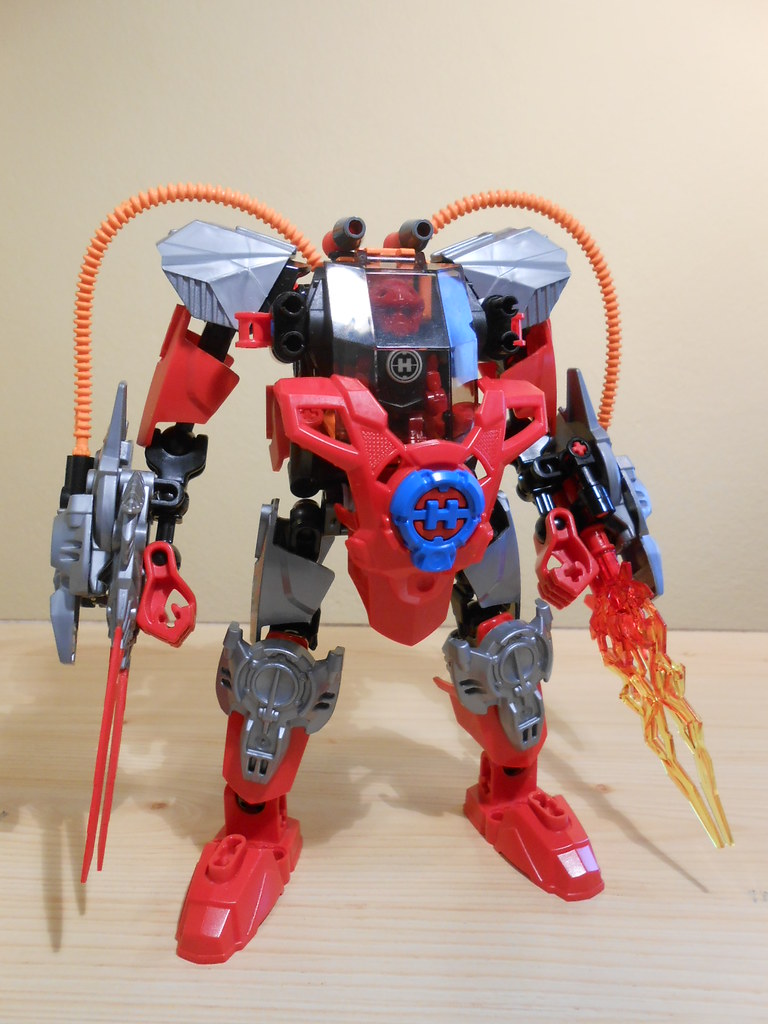 Furno's mech is outfitted for mainly close range with a flamethrower and sword. The flame pieces can be put on the back to simulate booster fire. You can view the full gallery here!

I made some monsters to go up against the mechs: 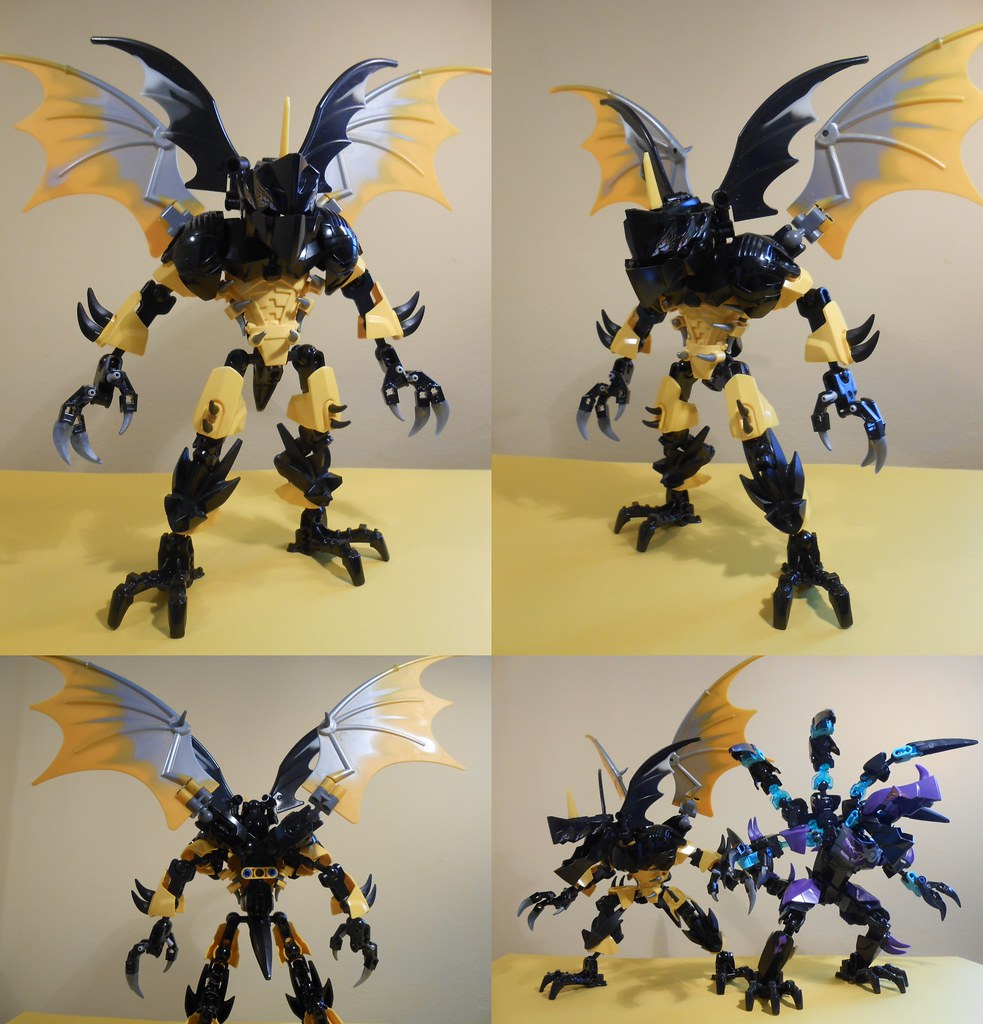 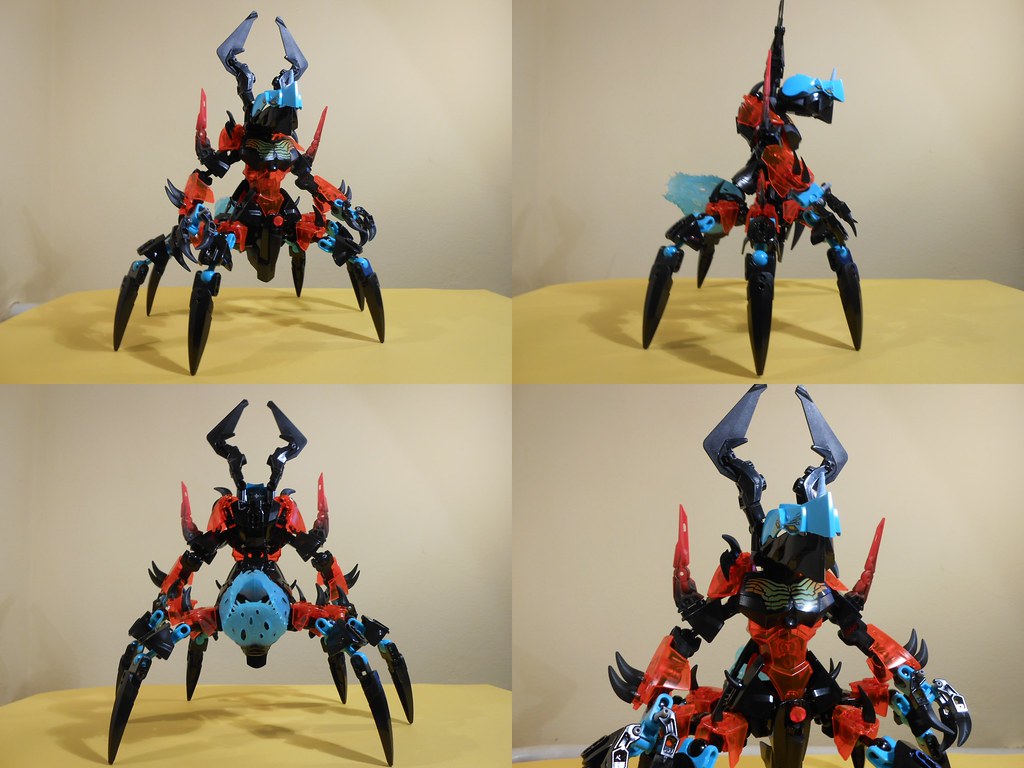 That puts us to the present, as these were the last MOCs I've made a couple of weeks ago!

Finally got the parts I needed to finish my latest build: 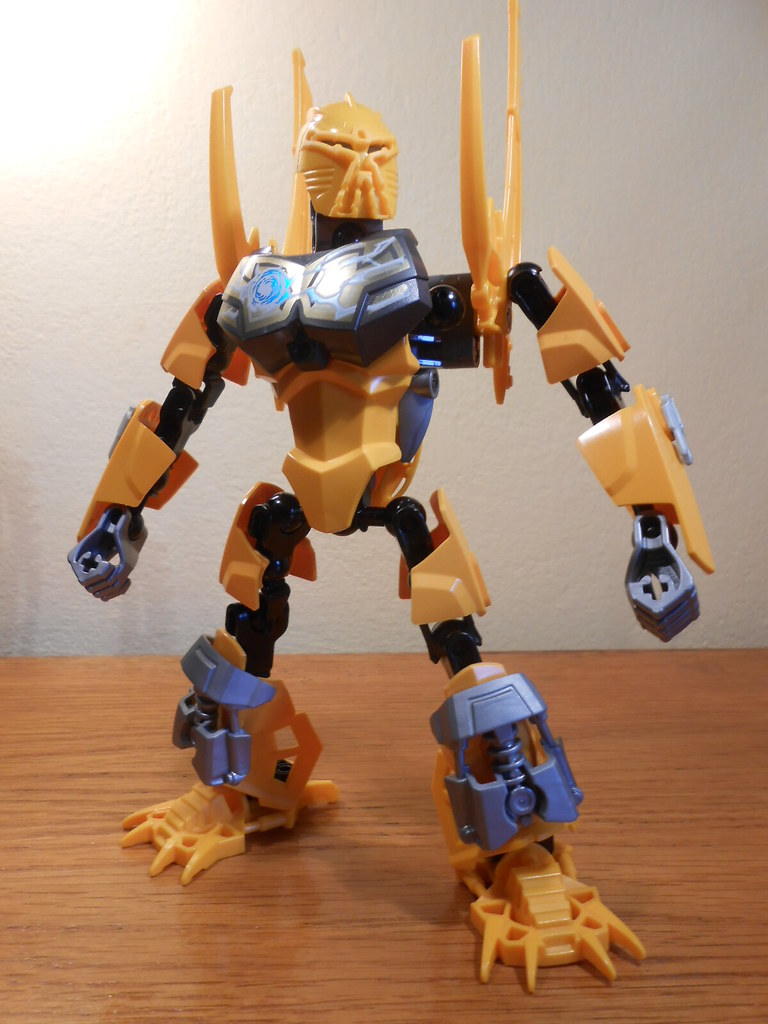 The original 8989 was always one of my favorite canister sets, which is why I was extremely sad when the curse of brittle sockets struck it. Instead of getting replacement rare replacement elements and tempting fate, I opted to salvage the set and use its remainders to modernize the great spirit.

You can view the full gallery here!

After Ven's latest MOC spotlight talking about shark week, I figured I'd take a crack at the proposed challenge for fun. It's not necessarily a shark in the traditional sense, but I'd say it still counts:

It's a slightly messy design, but still retains the shark mode: