Okay. The only real logical way of time travel being possible is if we were to surpass the speed of light which is impossible. I’m no expert but I’m fairly certain light is the fastest traveling thing in our universe. That being said, whether or not aliens turn out to exist, even with their advanced technology I don’t think they could surpass the speed of light either (no offense aliens. please don’t hurt me.) It just seems intangible. Ludicrous for that matter. But that’s the concept that we believe to be aliens. Doing things man can’t.

Even if man did have an accurate theory on how to travel faster than light, before we could progress our technology to be eligible to do so, our sun would’ve exploded and became a white dwarf. On top of that we’d all be dead. No matter how far our technology progresses given the time we have left here, approximately 5 billion years until it disintegrates us or a few billion years later until it literally eats our planet. We’d need assistance from other entities because there is no possibility of sustainable life that we have access to. Secondly, as of now there are not any other planets that support life (maybe mars, but we’re talking about microscopic organisms) However, assuming aliens can be infinitely far away (or close to us without our knowledge) they might have access to planets or stars that are capable of supporting life that we don’t even know about yet. I am aware that we do have knowledge about other planets that are capable of sustaining life, however, it’d be nearly impossible to travel to them with the time we have left. The only real possibility is if we temporarily move to the moon on another planet that can.

Secondly, as of now there are not any other planets that support life (maybe mars, but we’re talking about microscopic organisms)

No other planets in our solar system. There are an almost infinite amount of planets out there in other solar systems, and there has got to be at least one other planet out there with intelligent life.
Honestly, even if we could theoretically get help from other intelligent life, light speed would be too dangerous. If we ever find a wormhole, and find a safe way to move through it, it may be possible to use it to time travel. However this is just a theory. There are a few other interesting theories I have heard of, but I will not explain all of them.

This doesn’t seem much about time travel honestly

If aliens are able to detect earth and we can’t detect them that automatically means they’re far more intelligent than us. And true that we’d not be able to withstand traveling at that rate, there is a possibility of technology that can possibly nullify the effects. And, if we weren’t to have help from aliens, we wouldn’t have enough time to travel to the planets that we do know support life. They’re just too far away. The only possibility of us moving planets is if we start doing it in this generation. Otherwise, it’d be too late in my opinion.

But hey, I’d like to hear the other theories. These topics really interest me.

But putting things into perspective. when a star explodes, we’d never know until hundreds of years later when light emitted from the explosion finally travels to us. Hypothetically speaking, that means it seems like time travel to us on earth, although it wouldn’t for them. It is true that you’re not surpassing time, however you do experience the effects of which you were to. If we could preserve a body in ice, to the human it wouldn’t feel like any time has passed. But it reality, other people on earth do feel the time passing because they’re not unconscious. It’s a conceptual idea, in other words.

We don’t need lightspeed. We need slipspace. To almost fold space in a sense.

TRUE. I don’t know anything what you’re talking about but it seems like a possibly theory.

But hey, I’d like to hear the other theories. These topics really interest me.

There are some really interesting ones out there. Some of them I have referred to here come from the video down below. I highly recommend watching it, as it does have some thought-provoking ideas. 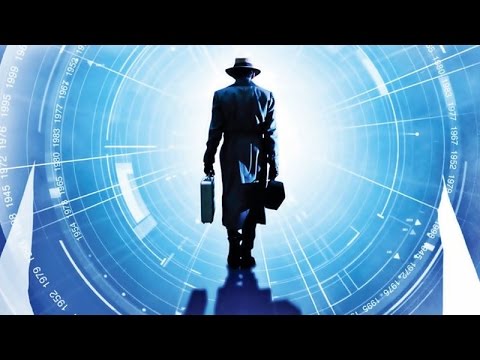 Than we strip mine their planets and inslave them

If we know of their existence, or if they come to us, it’s almost guaranteed that they have good technology.