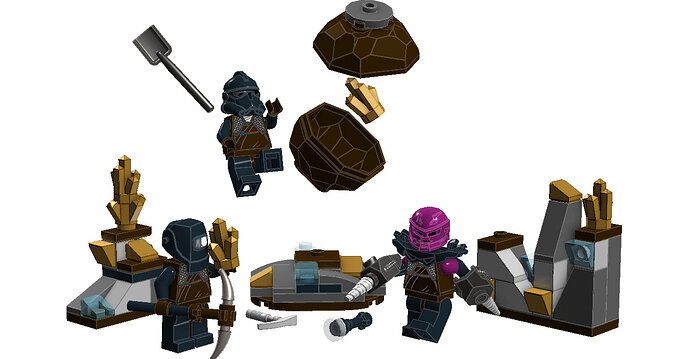 The scene I depict here is of three Tiroans going mining. One is Onepu, the strict and emotionless leader of the crew, sporting his drill gloves to chisel through rock quite efficiently. Another uses his pickaxe to break through solid rock to find treasures. The last one, using his shovel, may have hit something wrong and made a rock explode. 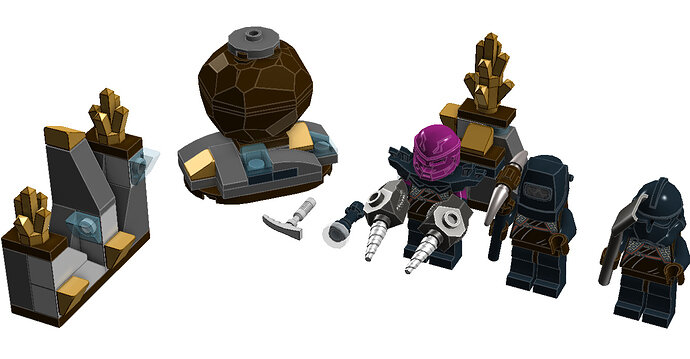 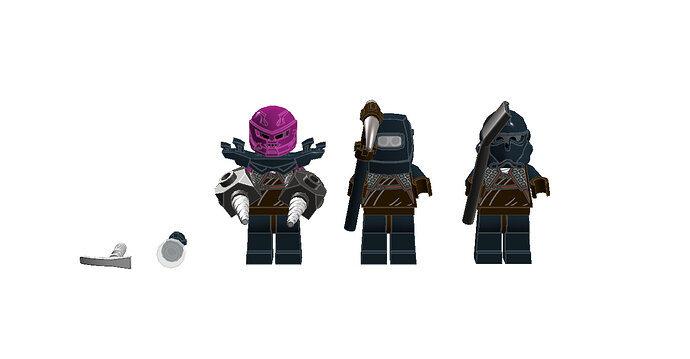 So here is the squad of miners, two plain unnamed Matoran and Onepu the mining captain. I kept them super basic, but added some flare to Onepu to make him stand out. I don’t really know how technologically advanced Tiroans are, but I didn’t think it’d be a good idea to leave an open fire on the ground of a cave, so I gave them a flashlight rather than a torch. 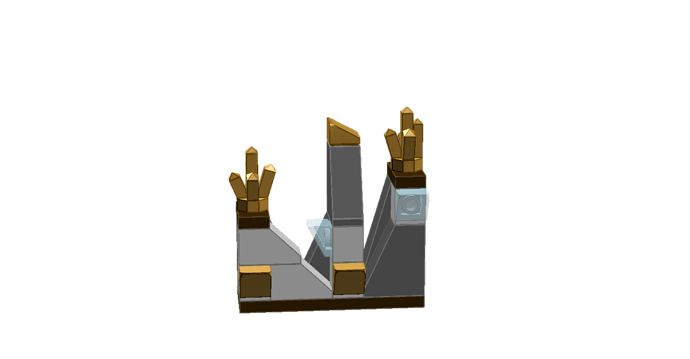 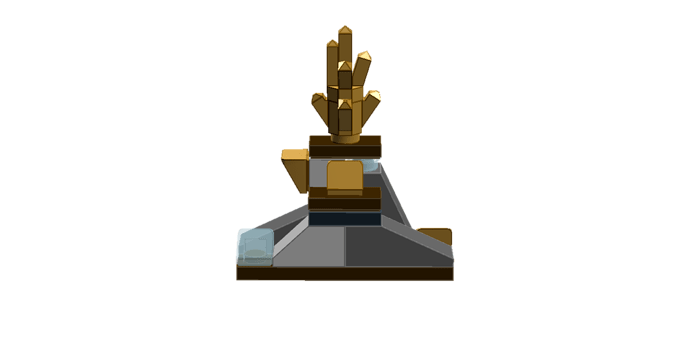 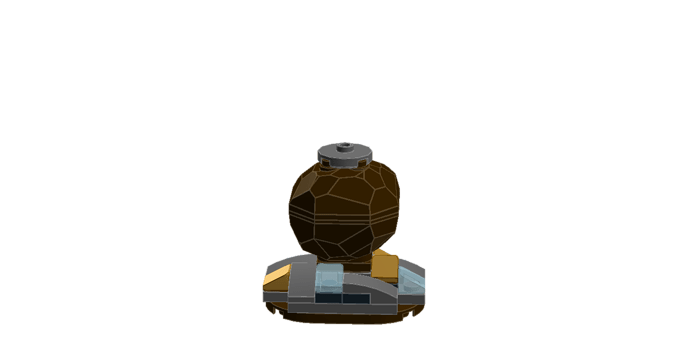 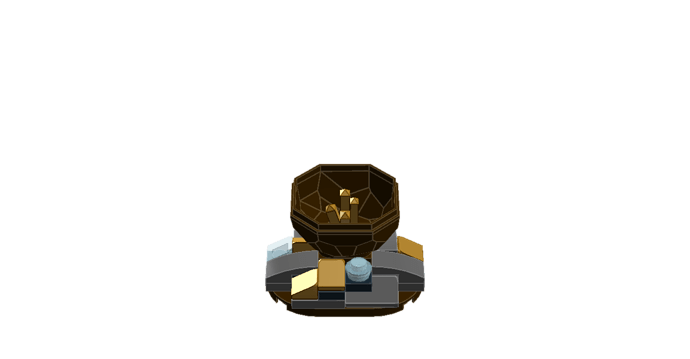 Here is the landscape of the cave. The function allows you to blast off the rock by pressing the blue crystal on the last image there. Simple, but effective. Also nearly identical to the function in my other set.

So that’s my set, Tiroan Mining Squad. Simple, but pretty cool if I say so myself. It has 90 pieces, going for about $10. (I looked at the $10 city set piece count for inspiration) Let me know what you guys think, whether or not the whole “work packs” idea is cool or not, and I’ll work on more just 'cause.

Looks pretty neat! Glad to see Onepu is ready to pierce the heavens

This is a great little set! And since the Civil War doesn’t start until the second year, sets like these could function as placeholders, if you will.

Thanks! I forgot to put that on here, but that was what I was thinking too!