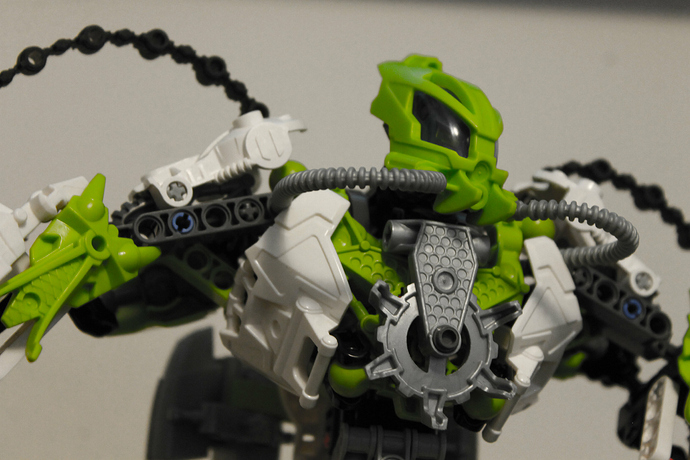 I decided to go all-out for my first MOC post. This is my build of Tanma for my space-themed Toa team. Wielding both Light and Air elemental powers (this will be explained in the future in addition to the mask change, in a Toa Aetherus team post), Tanma battles with the Photon Cannon. (melee weapons coming soon)

This Titan-scale build features 15 points of articulation (17 if you include the thumbs), including the waist and neck. The arms are capable of rotating to full vertical and the head can look directly up. The entirety of the legs, the waist, and the shoulders are double-jointed for improved stability. I worked to keep this MOC in the G1 aesthetic as much as possible, particularly 08’s more militarized style; only using CCBS conservatively, primarily for improved articulation. 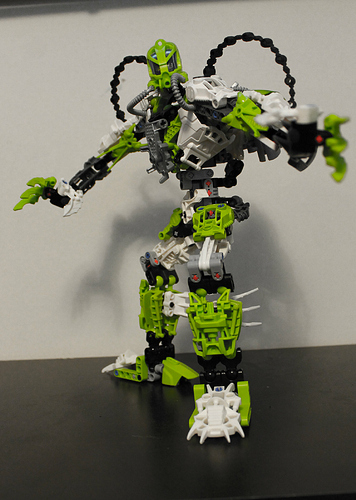 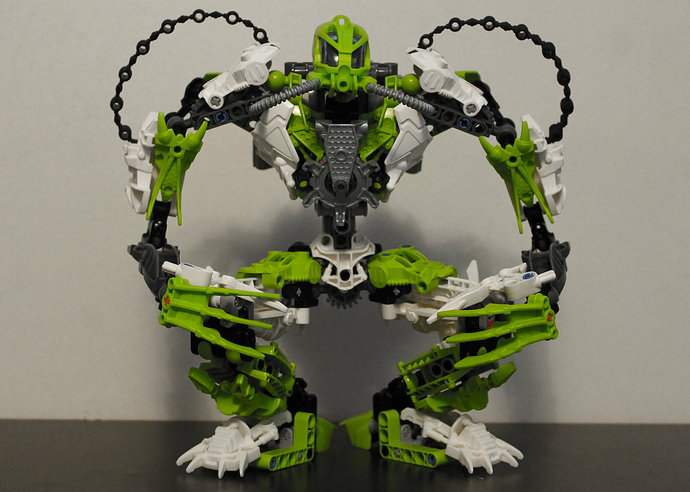 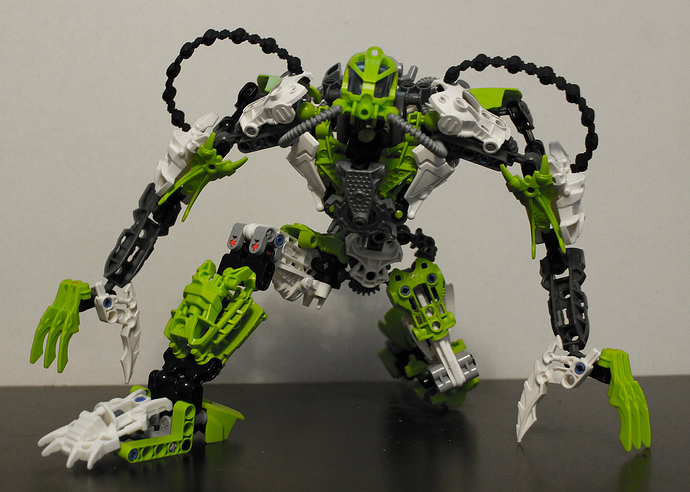 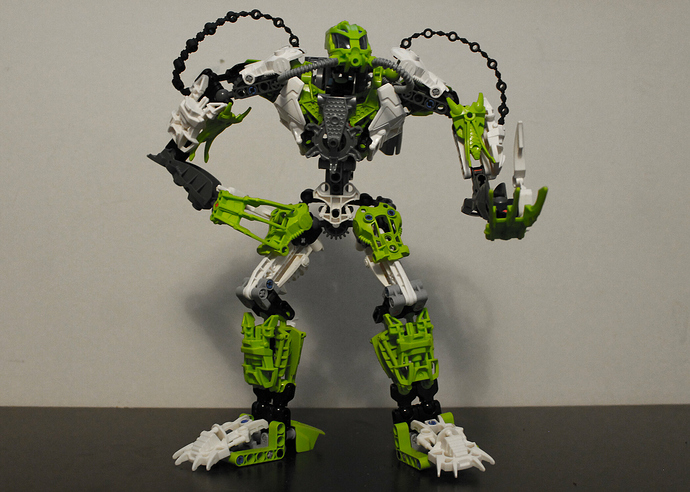 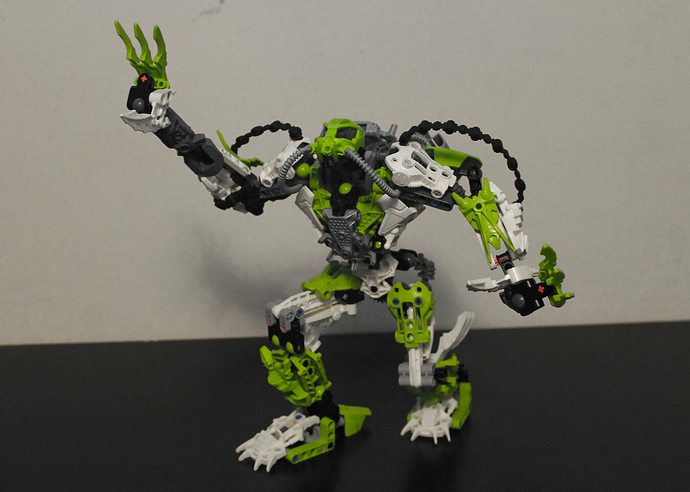 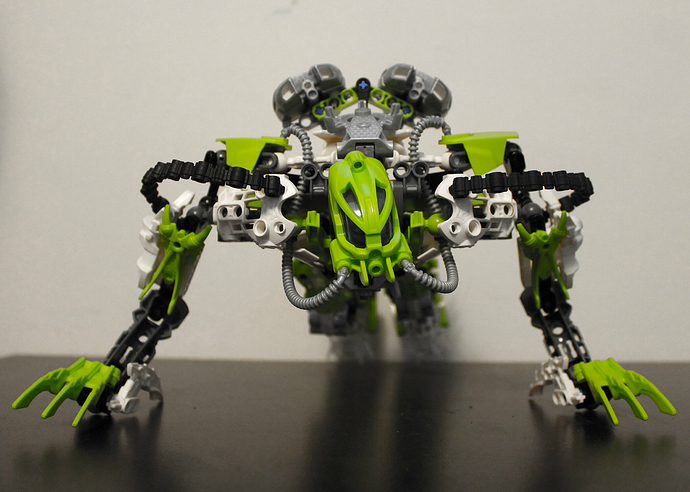 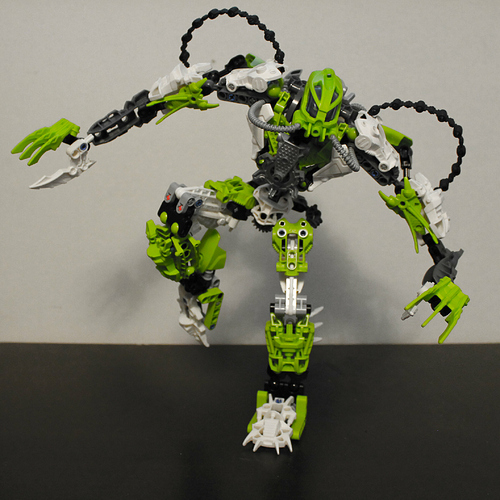 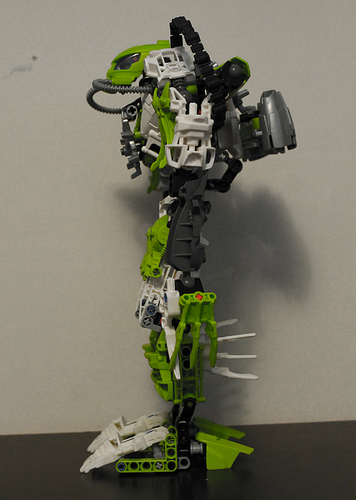 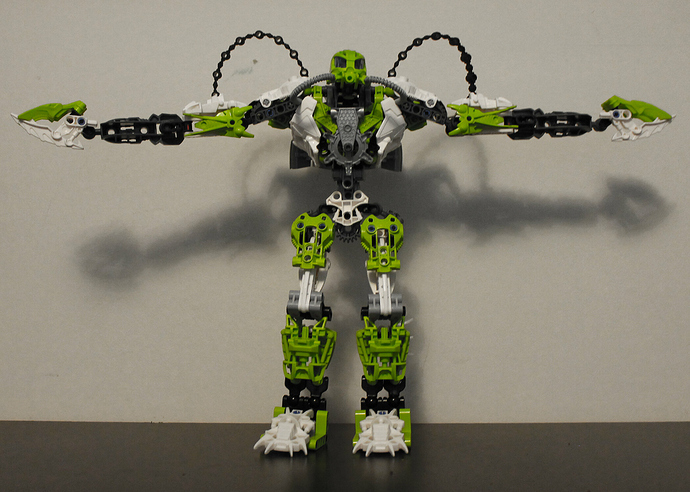 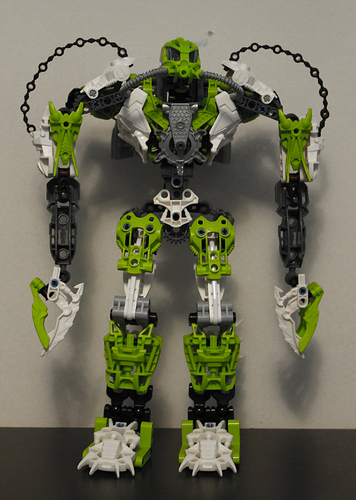 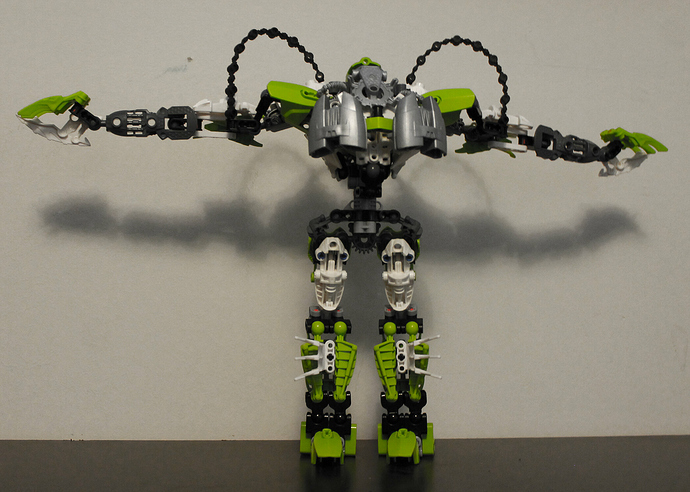 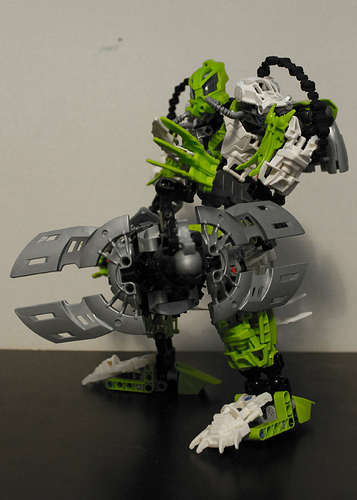 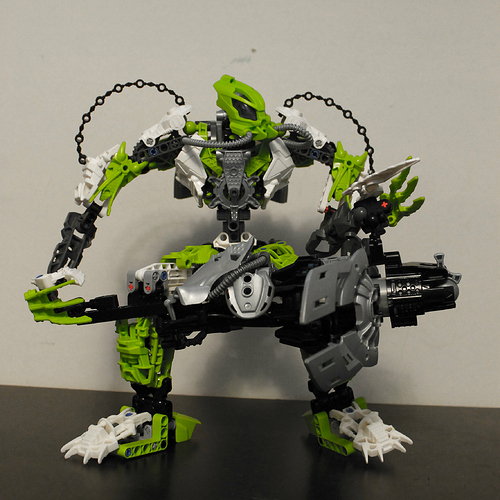 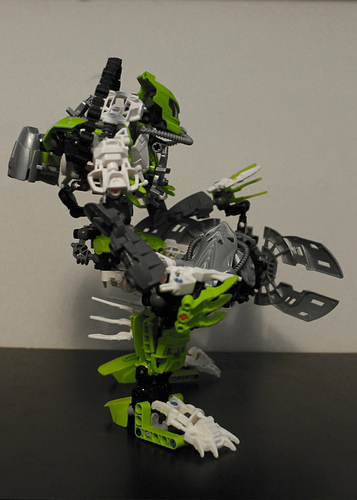 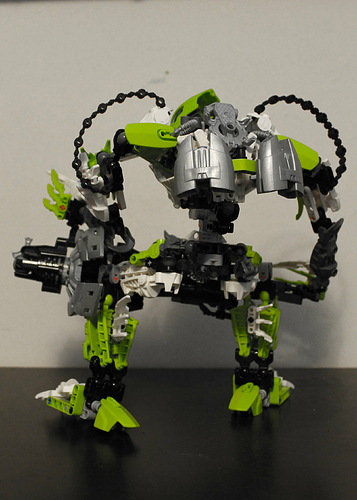 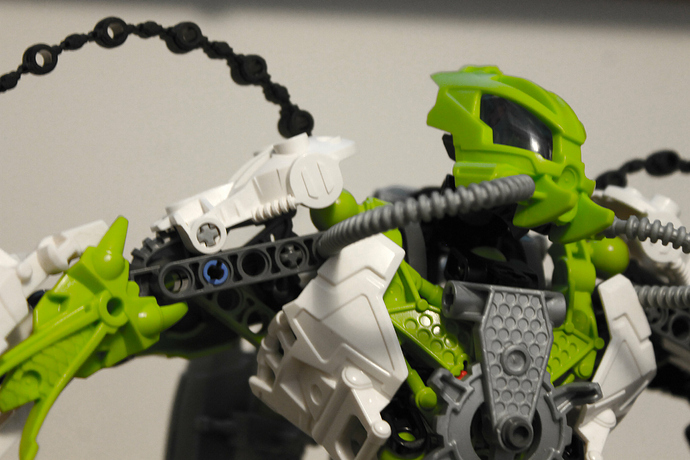 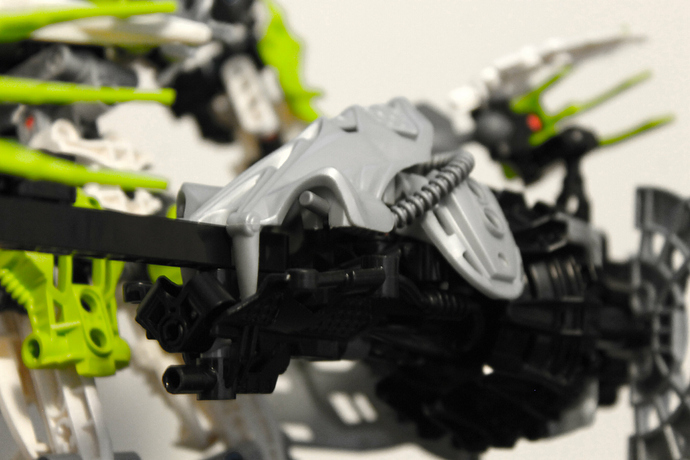 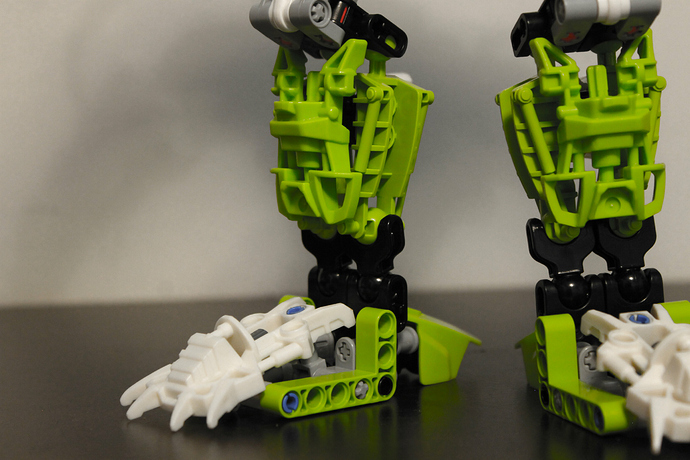 The lower leg and foot 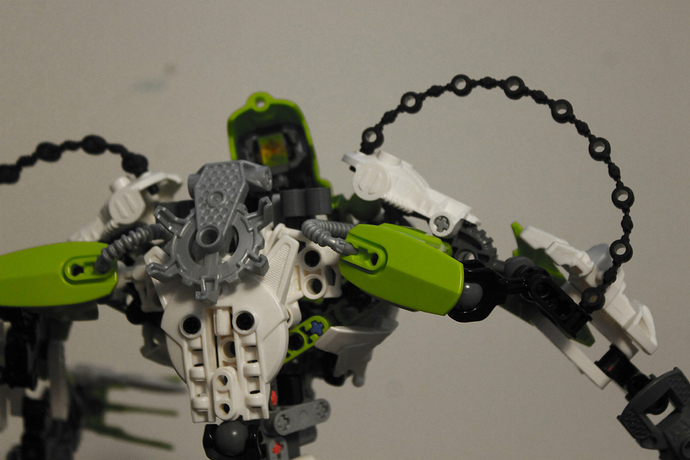 The back (without jetpack)

Another shot of the torso front 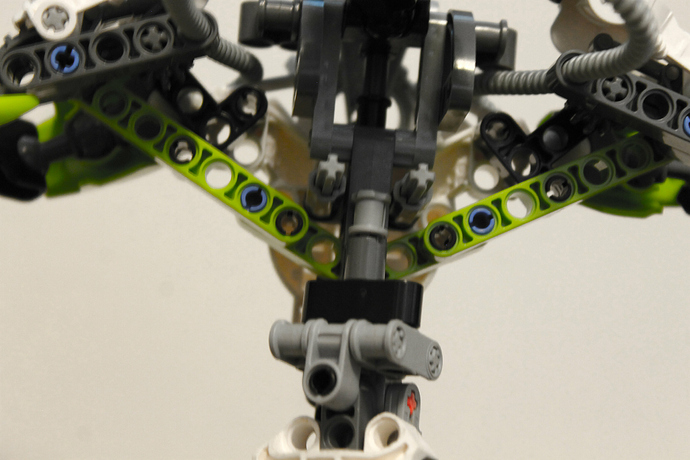 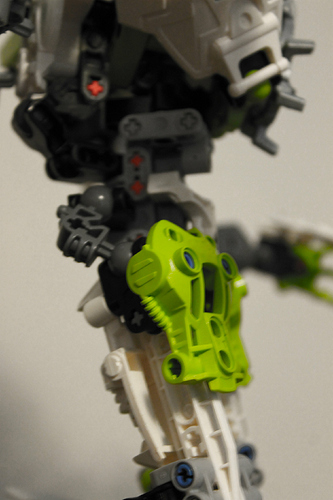 The hip and upper leg 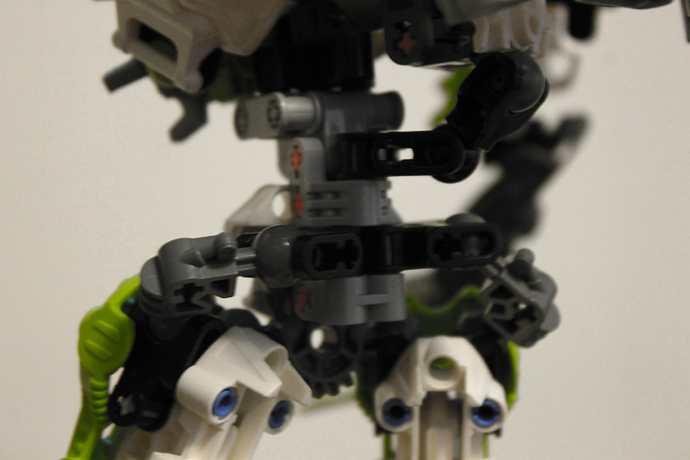 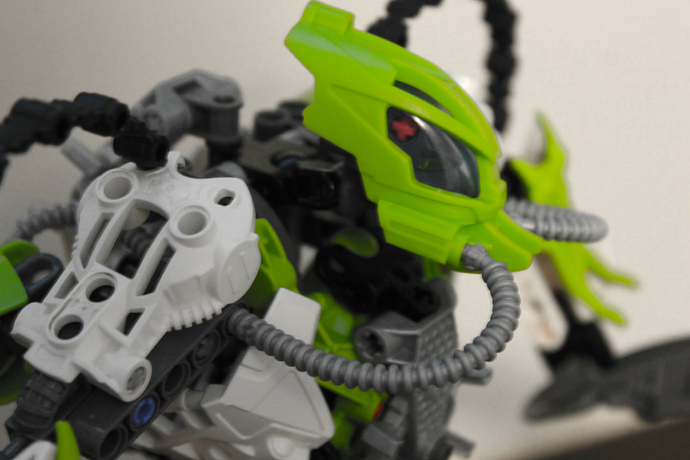 The neck and armor

This is amazing, he really does have a space feel to him, and his cannon is amazing.

Didn’t Tanma have a Miru? Either way, it’s a pretty solid MOC, the only issue I have is his really narrow waist.

His shoulders are quite funky

Yeah, when I write up the team’s story the mask change will be explained, and the narrow waist was drawn from one of my sources of inspiration: 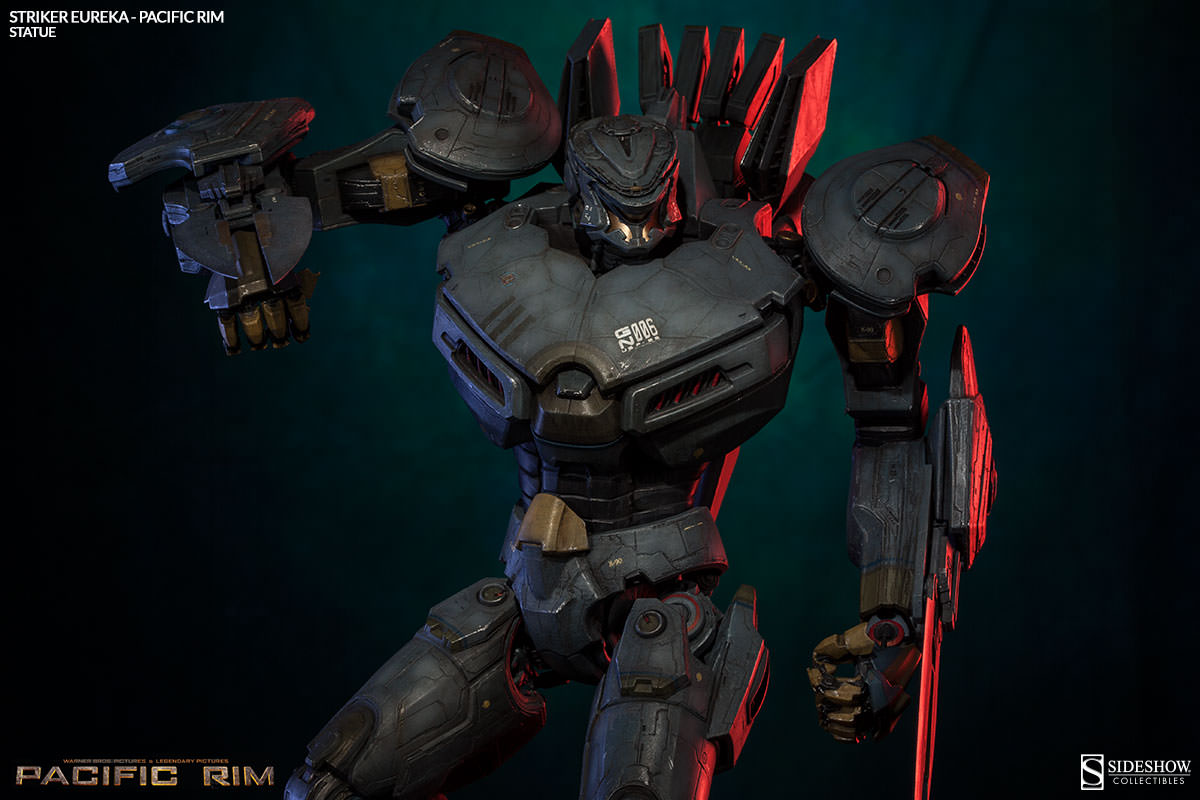 I looked to Pacific Rim and Halo for a lot of this MOC’s style.

( ( S W O L E ) ) Love that weapon btw, and the colour scheme is pretty neat, plus the overall aesthetic is really nice and consistent

Tanma took some really strong steroids for this.

Not a fan of the extremely tiny waist contrasting with wide arms and legs. Needs a consistent thickness and less scattered color scheme IMO. The grey disrupts it. Either have black or grey, not both as the main neutral color scheme. Also the arms are too thin for such a beefy guy.

Yes! First time seeing a Tanma MOC this awesome! He’s one of my favourite characters in G1, and this is an awesome representation. Bit surprised he don’t got no swords, tho.

Unfortunately, I did not have any grey CCBS joint pieces, so I was stuck with the black. My first iteration actually had beefier arms, but I found that thicker arms threw off the proportions and destabilized the MOC. I presume LEGO ran into something similar in the '08 Takanuva titan.

Doctors hate him. Find out how Tanma got ripped by purchasing this great DVD.

I believe a new Bionicle meme has been born.