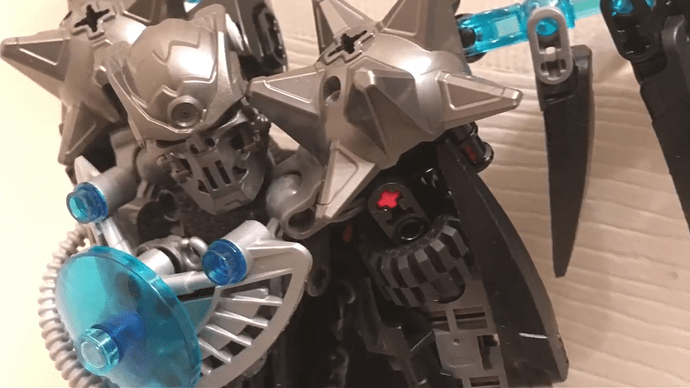 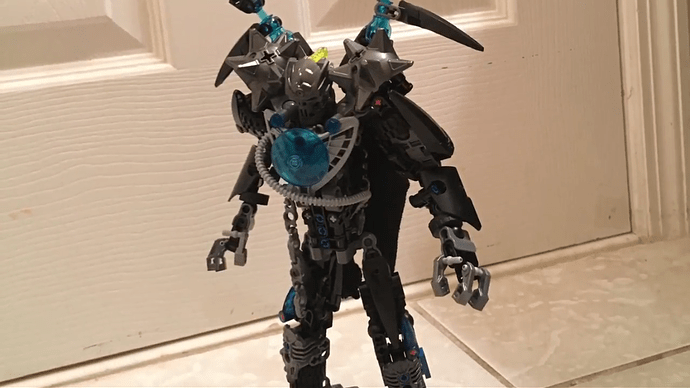 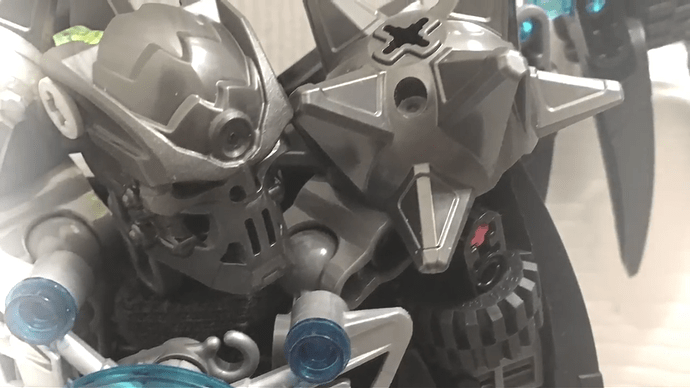 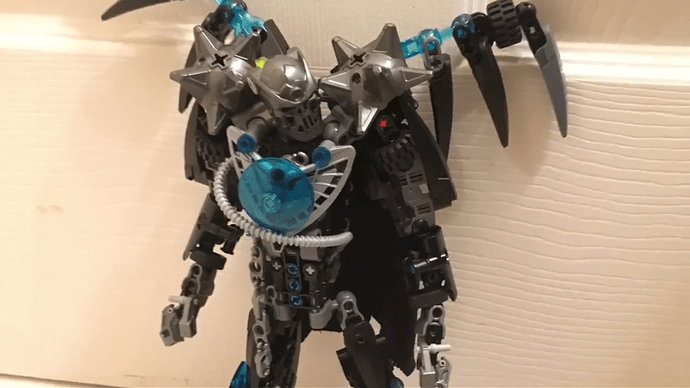 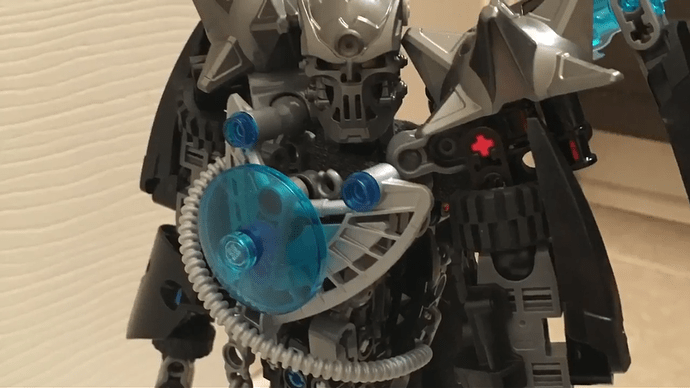 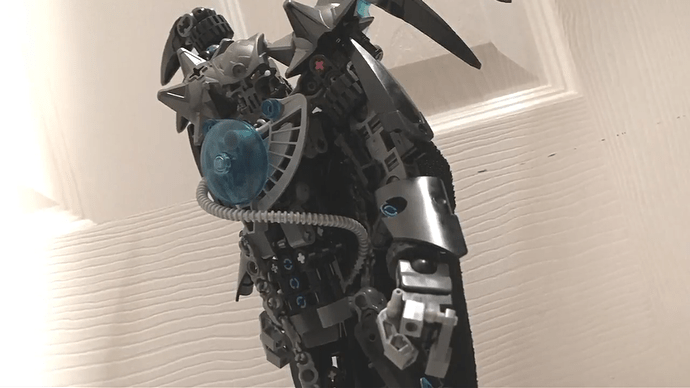 More pictures (more angles, maybe close-ups on various parts of the body) would be nice, but I like what I see.

Thanks for the feedback! I’ll take it into consideration on my next post!

Hmmm. I never really intended him to be able to fly, but I guess thatd be cool. I’ll tweak them!

A front-on full body shot without the cape is necessary for me to fairly critique this,
but from what I can see,
the proportions are wonky,
and there are some design decisions that I consider glaring flaws, such as the hip build and the shoulders, I don’t like 'em, I don’t like 'em at all,
also, the chest feels really haphazard, the hose looks slapped on and the disk just looks silly jutting off the front like that, if it was under the hordika chest it would look far better,
and also, the friction adders on the hands seems pointless and look strange,
the “wings” just kinda look like wind chimes tbh.

Oh, and not really a criticism per say, but you should probably have a weapon, and also probably think of at least a basic bit of lore.

I understand all of your criticism. I’m still learning as a MOCist and I appreciate all feedback! I’m defiantly also not satisfied with his poportions, but I’ll work on it. The reason I posted him is to look for ideas for another version. (Also if your wondering where versions 1-4 are they’re really bad so I won’t post them)

He used to be green, in my storyline this is a Jade from a alternate universe

Thanks for the feedback