Hello everyone! I want to share one of the Toa Inika revamps I made, known as a Toa Keza. My Toa Keza project started when Bionicle G2 leaks were coming out and I saw Onua’s gear function, I then got the idea to incorporate a gear system into an Inikia torso that had friction via ball and socket joint. My Toa Keza project was meant to, as I stated above, to give the Inika torso a gear function and to make, basically a fusion of all the forms of Hewkii, Nuparu, Matoro, Jaller, Kongu and Hahli; using the colors of the Matoran versions and different parts of the Toa forms. The project is actually done, but the pictures aren’t of great quality to be honest, I don’t really have anything to take amazing pictures with and the pictures I do have are a little grainy as I had rushed taking them and didn’t have a steady hand, please enjoy the decent ones of Matoro! 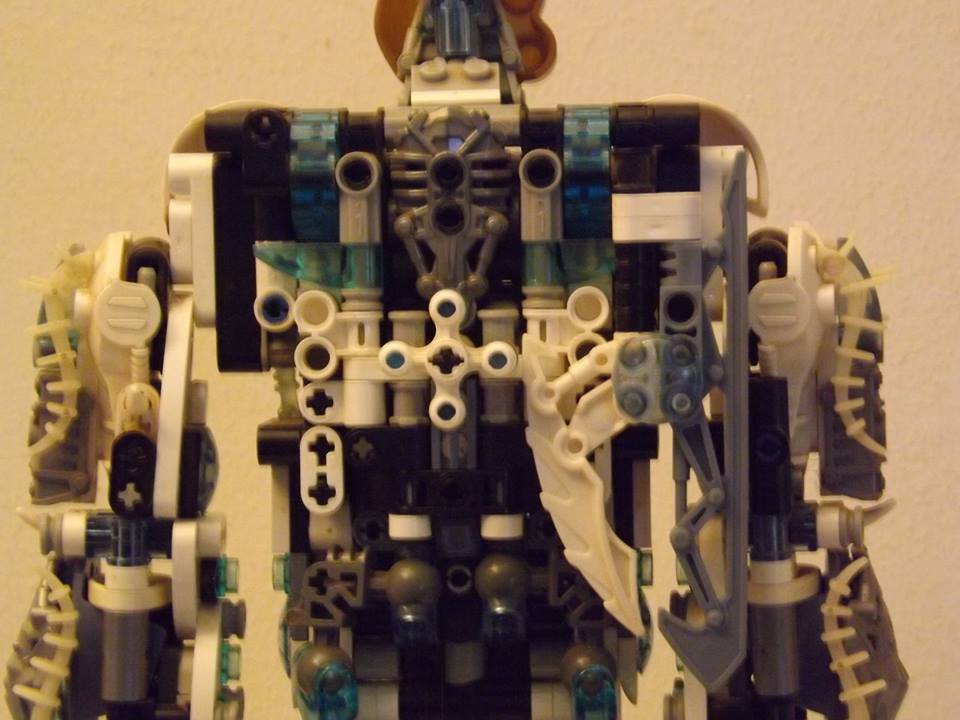 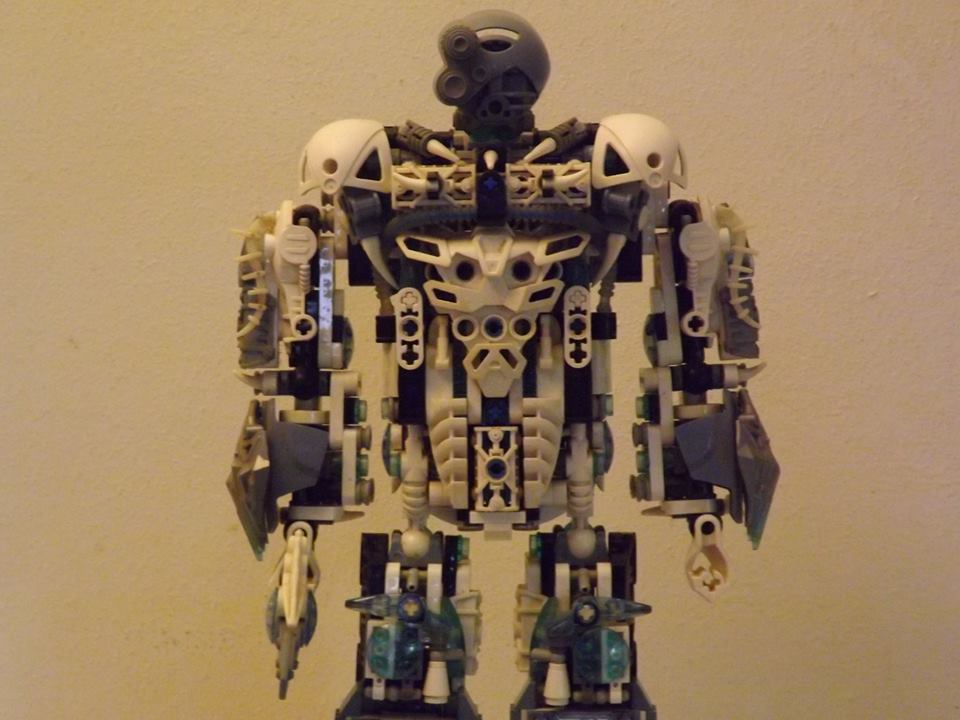 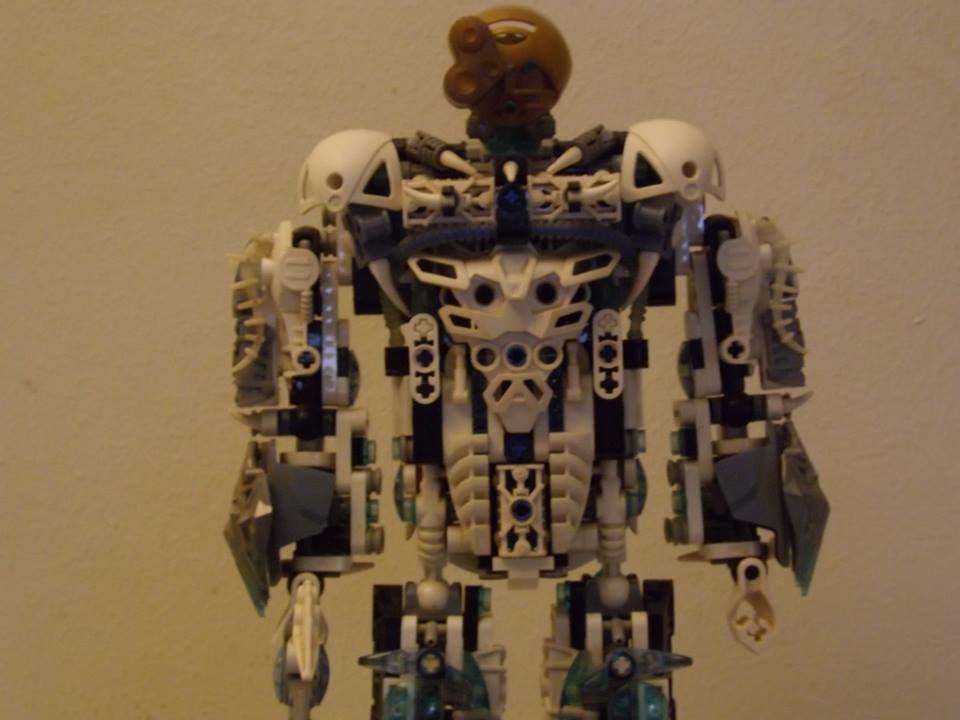 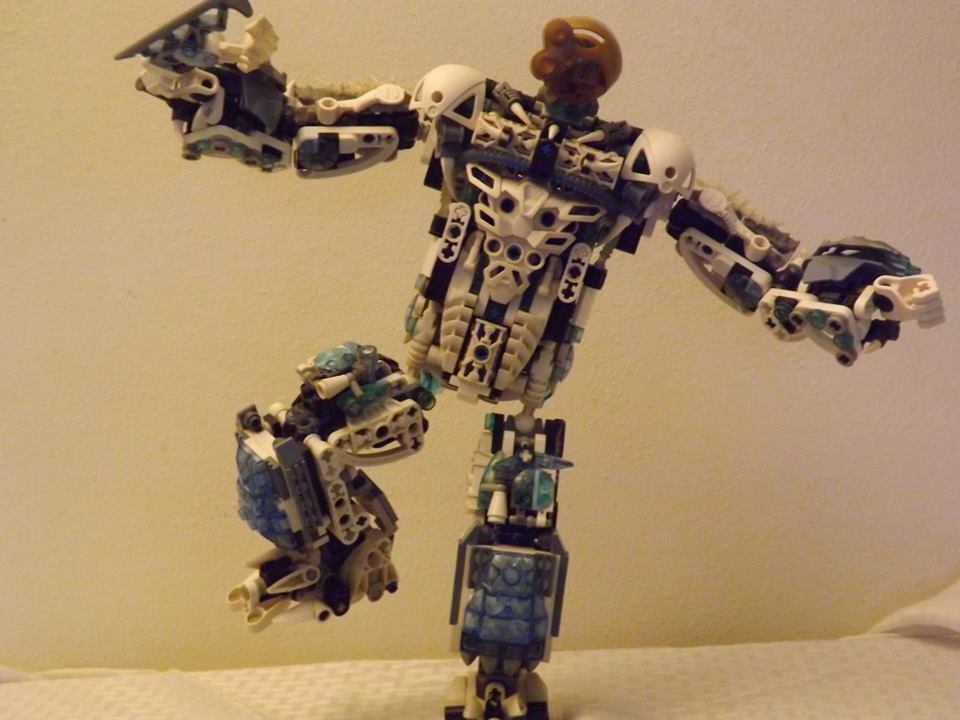 I get what you were going for, but the proportions are really off.

Such a small head for such a bulky body…

Tiny hands, tiny head, I like the rest tho.

I think the torso looks too blocky, and those nuva shoulderpads look out of place. The gear function idea is cool, tho you should raise up those arms.

This was my first time with custom limbs, I had taken a 3 year break from building and this was basically my return to it. I, however, won’t be making changes because this project took me almost 4 years to do, But, thanks for the feedback!

That kinda reminds me of this old bionicle youtuber mocs, it’s amazing dude

Small head, miniscule hands, the arms seem nice, the legs also seem nice, and the torso is literally just a brick of parts. The proportions are really bad and I am pretty sure the articulation is pretty limited on this guy.
Also, why call them ‘Toa Keza’ when they are just Inika revamps?
Edit: Right now I am using a tablet and I can’t quote anything, so I am just going to list the evidence here:

you see an Inika ? that’s not inika at all…

you see an Inika ? that’s not inika at all…

oh… well I still think it’s not, but still an interesting build

It’s a cool concept, but the execution is very poor. I would also like to point out that anyone who uses that type of hip joint and has a better option (as you appear to have) must be insane or something./s

This doesn’t mean you supposed to reply to me without even reading the post.

My break was from like, 2011 to 2014, and they’re kind of my own Toa team along with being somewhat of a fusion. Also, how are the proportions bad? Do you mean the length of the arms or no?

This is very interesting! Super solid and bulky with a great build. The only downside is that the head seems too small.

A great build but as some have said, it’s a bit bulky.