Toa Sralojohn: a self MOC 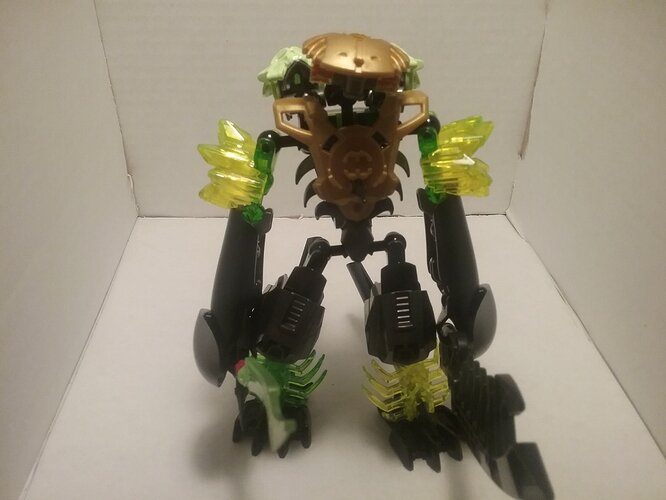 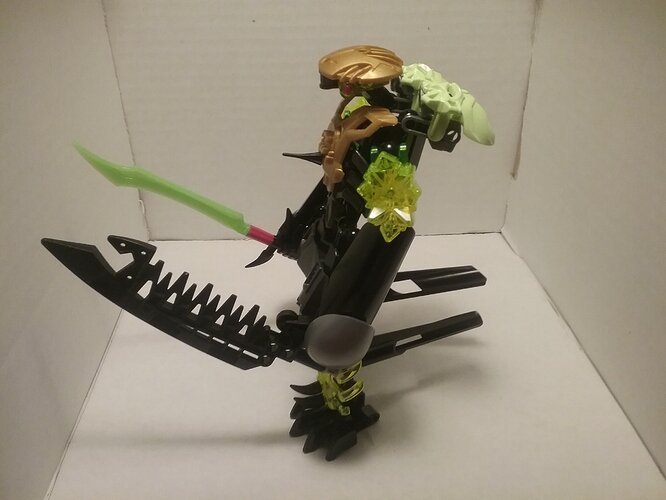 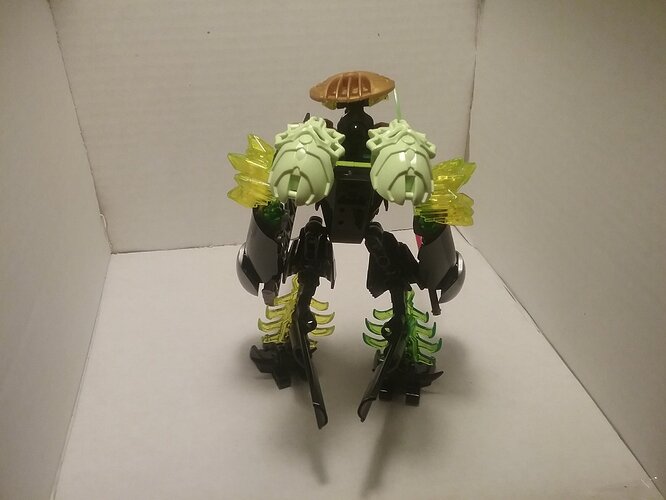 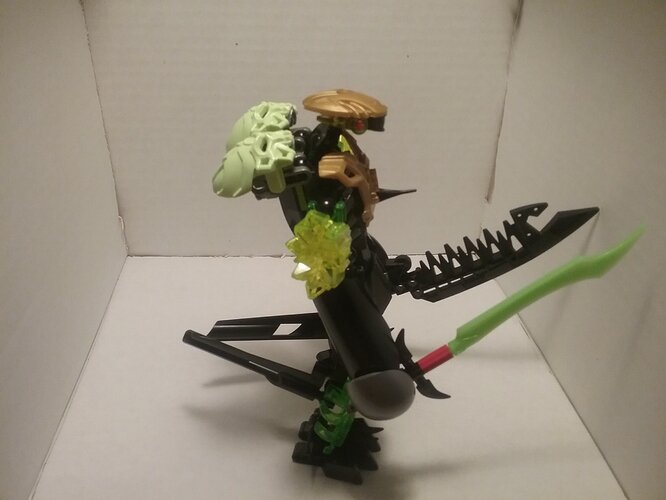 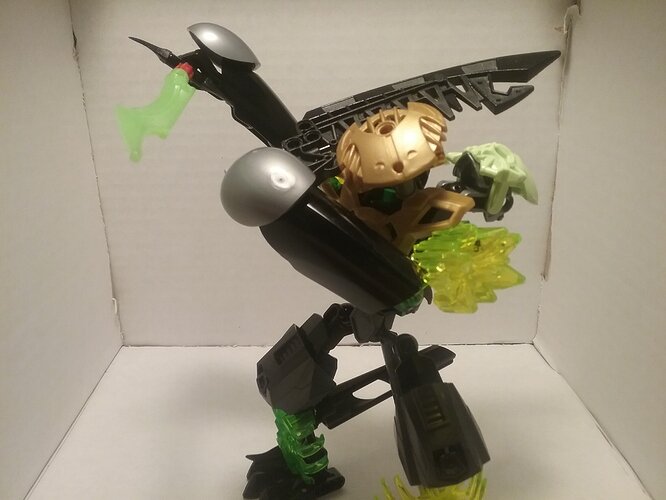 Sralojohn, was a precursor to the toa. He was built by the Great Beings to be the first of a species to fill the same role as toa. Unfortunately for him The GB’s decided That it would be more cost effective to have the matoran transform. So, he set about wandering Bara Magna. As a sort of retirement gift, he was given a prism blade. The prism blade is a weapon that uses liquid crystal to form and deform a blade with a flip of a switch. As he wandered the deserts of Bara Magna he gained a reputation as a hero, and became a legendary hero. He was responsible for the deaths of 3 leader caste Skrall, Harkto, Fulmo, and Hertoal. He Carries Fulmo’s sword as a memento of that terrible fight. He was a loner for many years until he met a young female agori named Thaltia. They became good friends for many years. He and Thaltia fought in the battle of Bara Magna.
He has two points on his back where he can connect Kanohi, though he didn’t know this until the reformation. He now works as part of the law enforcement for new Atero.

Toa… righhhhhht. More like a super beefed up Borok Va

You know a self-MOC doesn’t HAVE to be a toa, right? I think you’ve got something far more unique and interesting going on. It’ll be interesting to see how he develops over time, because he already stands out from the crowd quite a lot!

I think it would be better if you’d leave him with only one sword, or two of the same kind of swords. 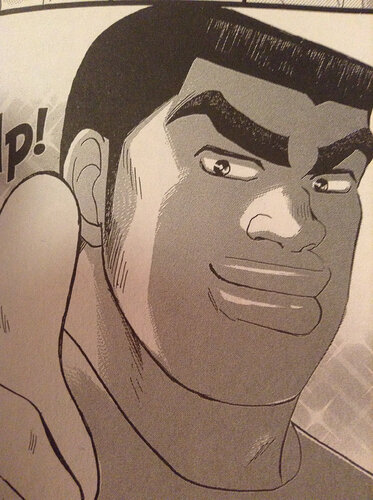