Based off of the Alma Nui Canon.

Winds are changing on the island of Alma Nui. Raal is freezing over, Wal is rapidly heating up. No one knows the cause of this change. The Great Turaga call for any brave Toa to travel to the island of Aka Nui. There exists a staff that is said to change climate over a large area. No one believes- or wants to believe any of this is true. As such, no Toa stand up to the task.

The Great Turaga appoint 6 individuals from the least likely of places, to become Toa, and get the staff.

Aka Nui is not like other islands, it floats in the air. One side is a mountain, the other a volcano. 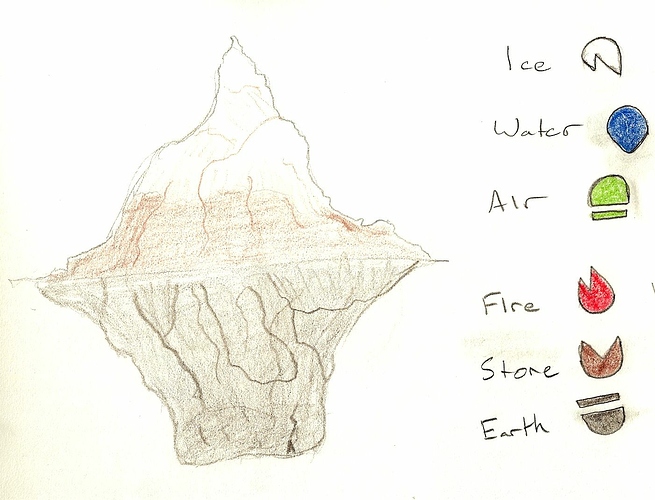 Gravity is centered along the line in the middle, so when on the volcano side, gravity pulls up.

The staff is split into two parts, the ice part at the top of the mountain, the fire part inside the volcano. Since this is the case, The Toa split up into two teams. 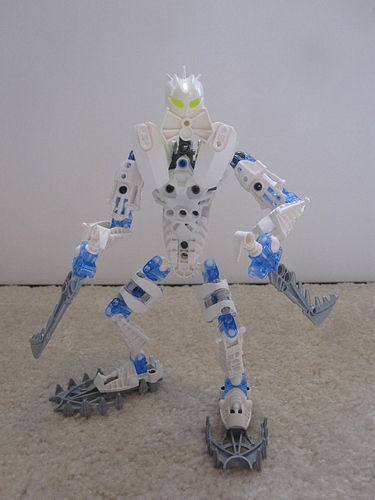 Skadi is the leader of the Ice Team. She is equipped with specialized ice picks and snow shoes to make it up the mountain. Previously, she was a Toa in Wal. 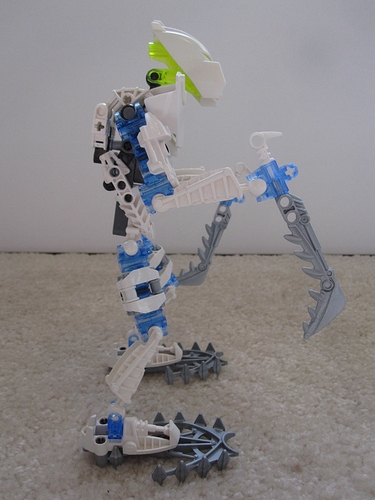 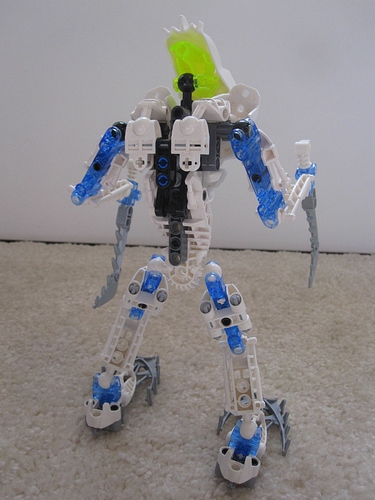 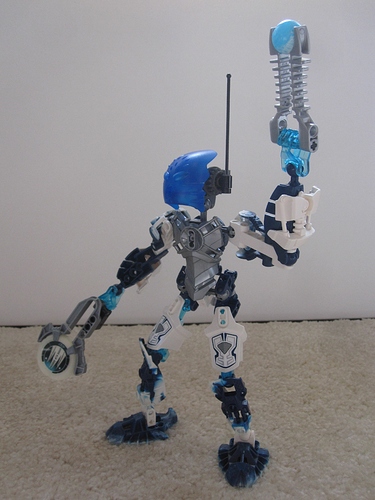 The Ice Team’s weapons expert. She has a kanoka disk launcher and a specialized sphere launcher that freezes enemies. She was previously a regional defense droid for Siil 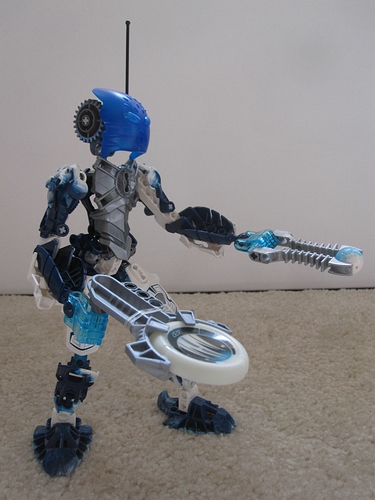 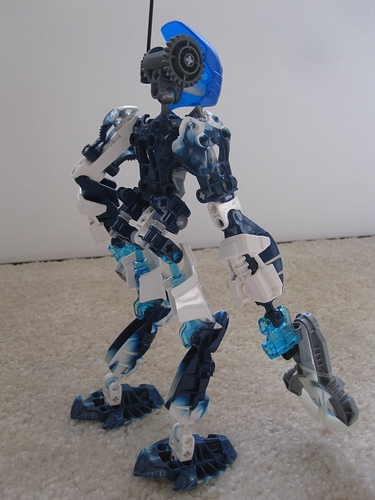 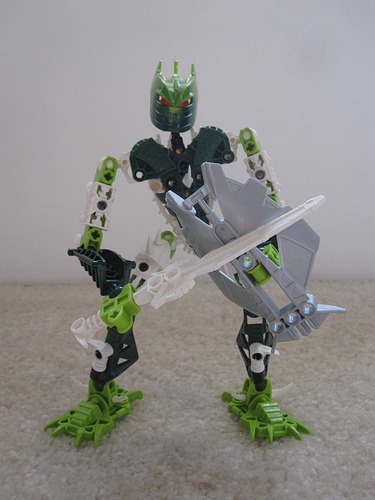 Though he is a Toa, Spinak prefers to call himself a knight. He has been trained in various styles of combat, though he prefers a sword and shield. He comes from the most forested part of Fol, where he was a Toa. 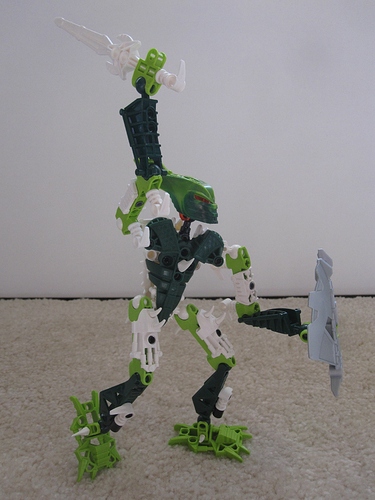 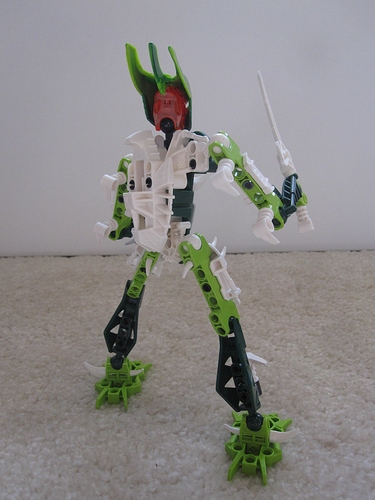 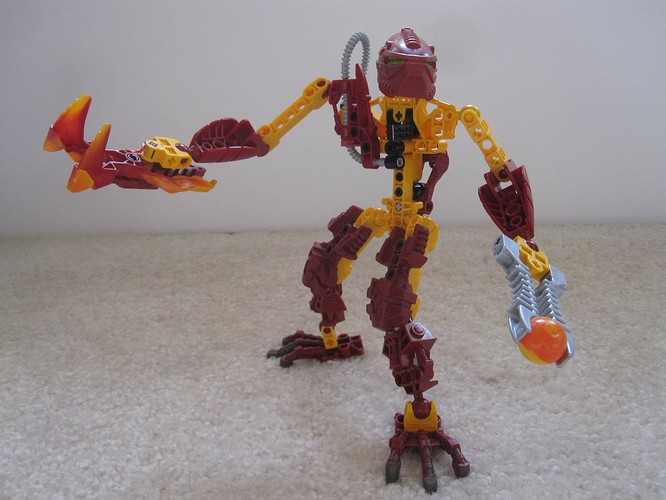 Kyto has one large claw that melts objects as it tears through them. He also carries a specialized sphere launcher that can burn enemies. He trained to become a Toa in his home region of Raal. Unfortunately he wasn’t allowed, because he is half Kymer. 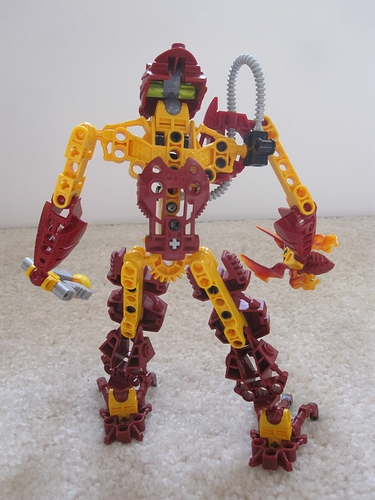 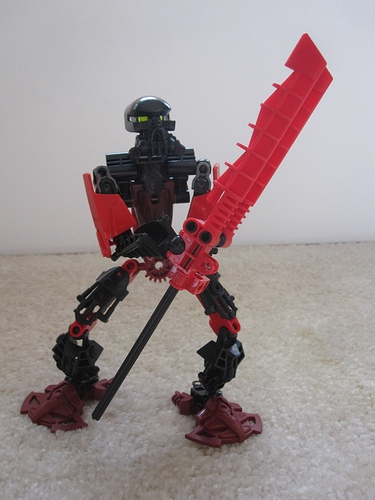 He is the wisest and oldest of the group. He may be slow in speed, but he is quick in wit. Previously we was the Turaga of a small city in Nuul. 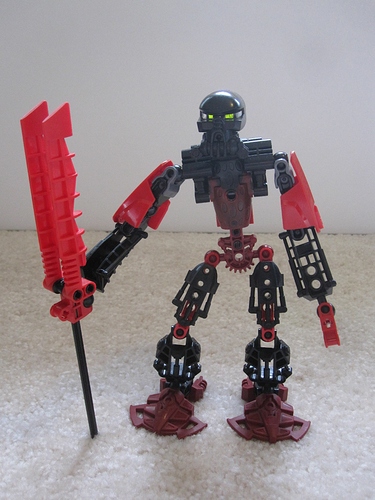 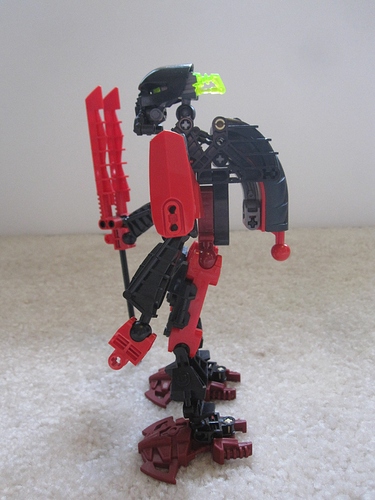 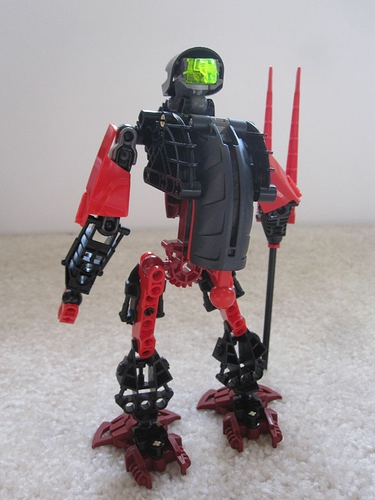 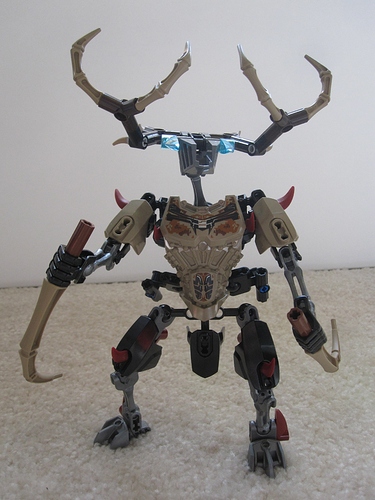 Kranus’ grey parts are exposed bone, and his tan armor is made of wood. He is very adamant about protecting what little trees are left in Kel. He is a Kymer. 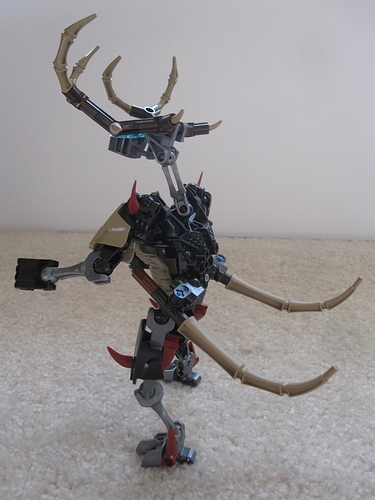 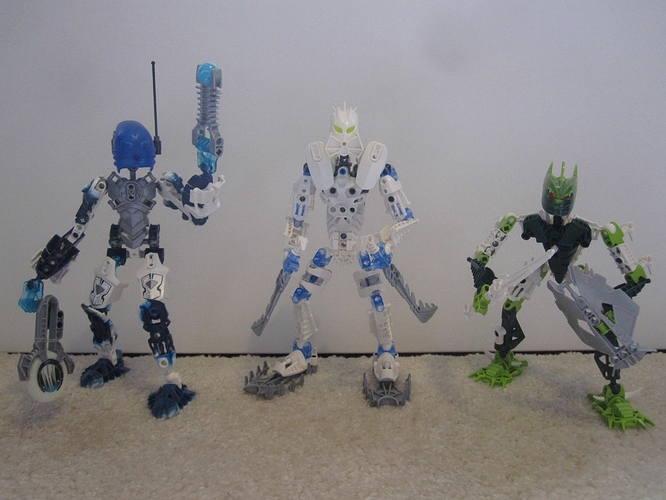 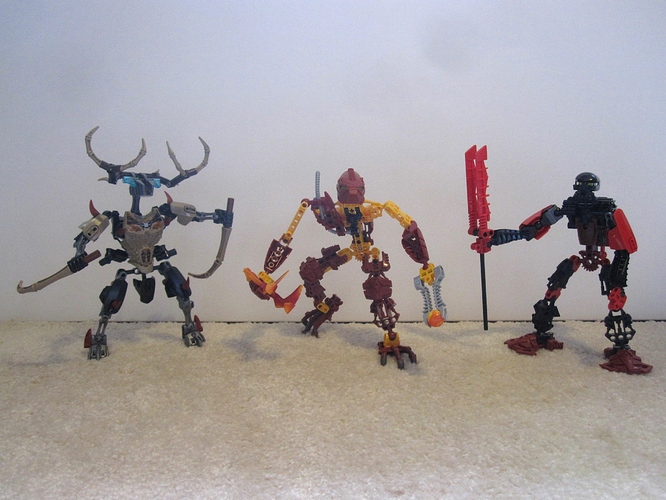 Let me know what you think. In the next topic, I’ll introduce the villains of this story arc.

While I like the idea behind them, and the story is cool, and they are all cohesive as teams, the MOCs all feel a bit lacking.
7/10 (which is a good score, just nothing amazing to me)
Good job!

Pretty cool, and unique, and odd, if I may, shaping.

I think Mauga is my favorite, the rest are pretty cool, though.

I also really like the ideas behind these characters. Keep it up!

Nice amount of variation for a toa team. Kyto desperately needs chest armour though, and Hael could use something over that hero factory chest as well.
REALLY like your island concept though, very unique.

These MOCs have some neat concepts, and I really like all of the first half of the Toa Ikara for having some unique alterations to the Inika build, while still looking nice. The second half, or the fire team, may need some work. There are some really unique attributes about them, but I feel like those sacrifice what could be more of a solid build. Keep working on them, because the concepts are great.

Try to modify the body of Hael and Kyto. otherwise, I have no complaint. Here have my like.