I return … again! (i fall off the face of the earth allot don’t i)

but anyways, a while ago i posted this guy click this and promised i’ll show you the finished version (i think… one sec lemme look at it… the point still stands) and here he is!!! with a bit of a name change (mostly because i saw the last one was kinda stupid) 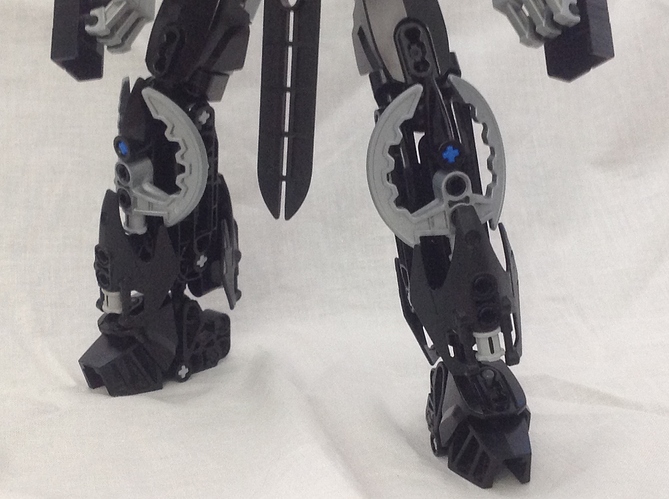 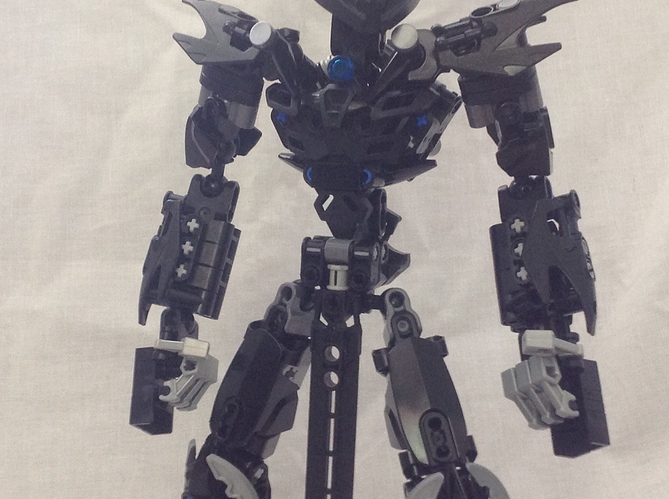 mmmm abs… I mean NEXT! 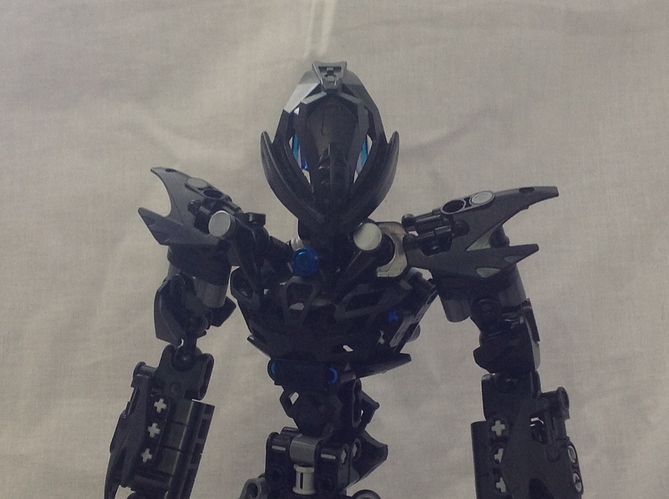 THAT’S STILL NOT THE RIGHT PICTURE NEXT!!! 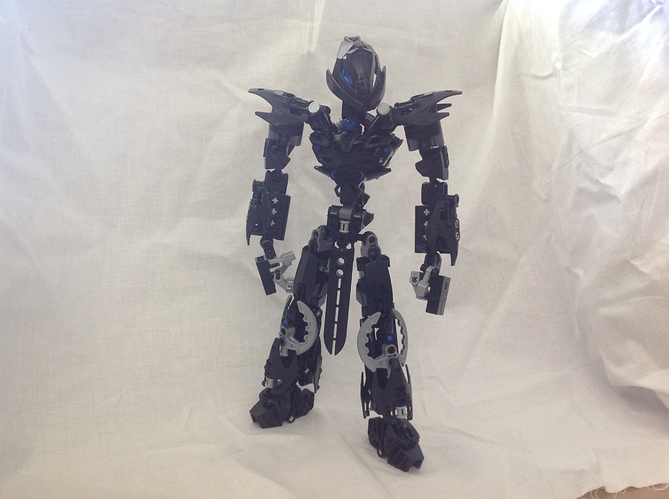 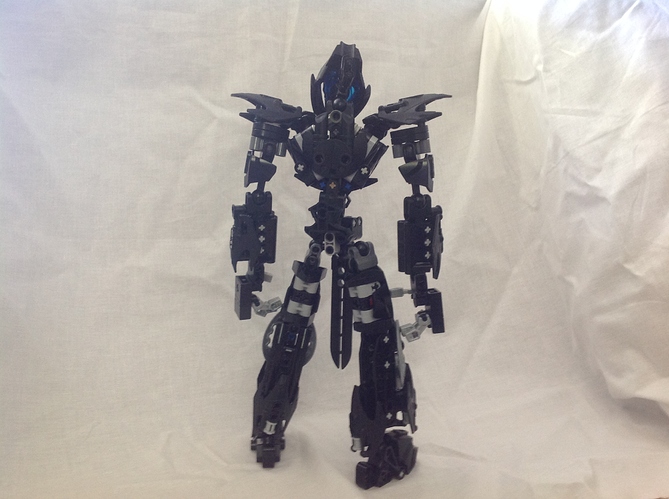 have a back shot! 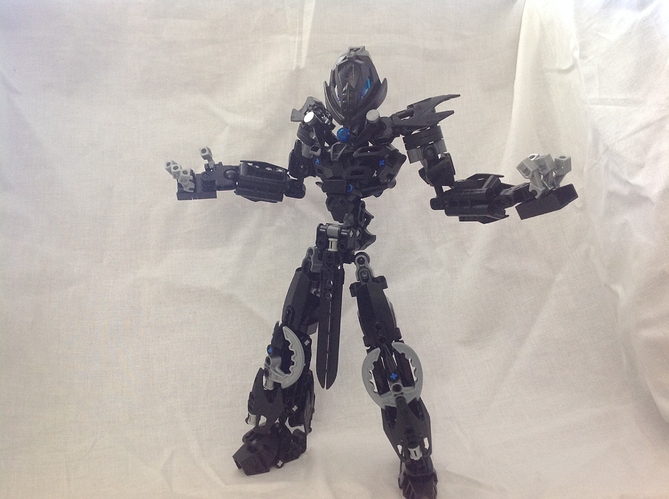 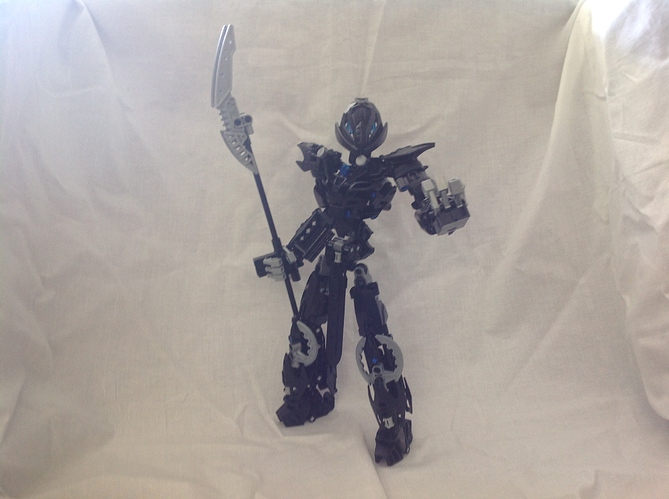 and one of his weapons 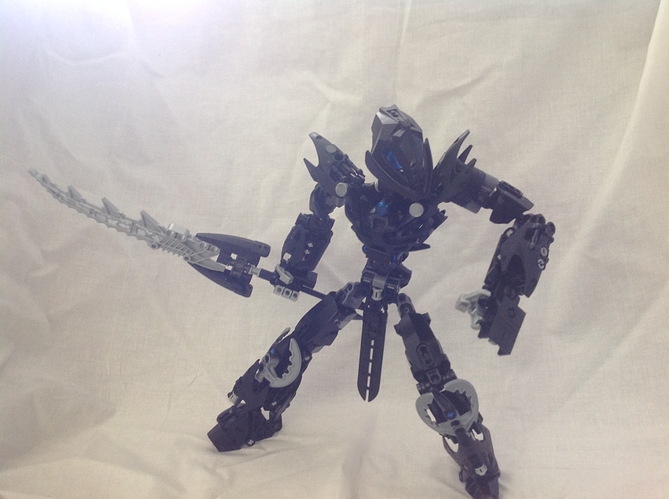 this is the great sword of darkness, he forged it himself after losing his staff in an earlier fight 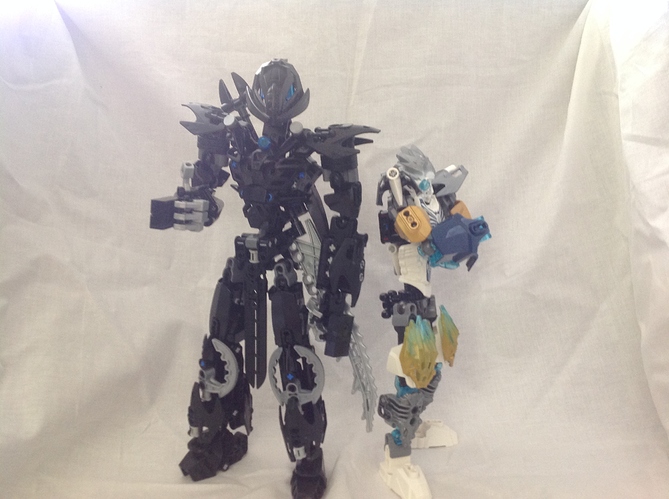 a couple of size comparisons for those who want it 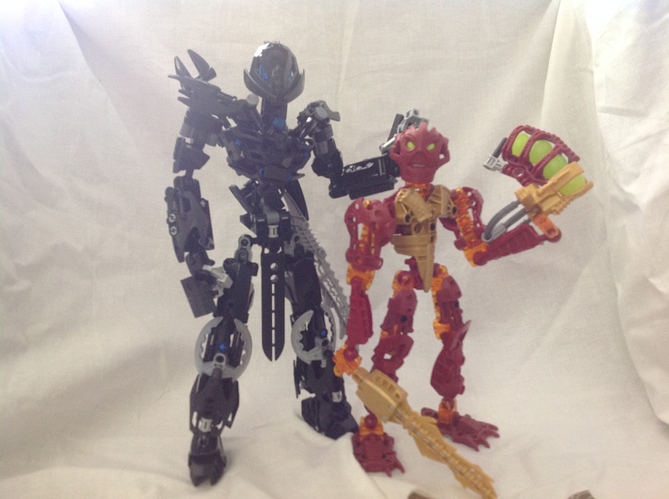 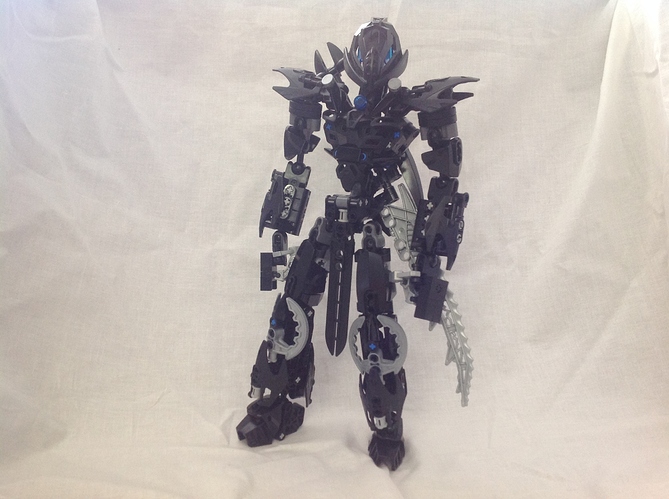 and another pose since i remember

and there you have it! but its not over yet, that’s right it’s story time!!

Makuta Vorka was in direct competition with Mutran who had developed the shadow leech, Vorka saw this invention as inferior to what he could do so he went to Karthas nui and used the matoran and toa as test subjects for his Shadow mutagen, each test turned peaceful matoran into horrific carnivorous monsters but the tests on toa always failed, turning the captured toa into little more than a pile of mush, Vorka used his new army of shadow beasts to capture more and more test subjects. onu-Kartha, su-Kartha, and ga-Kartha were all in ruins and le-Kartha was quickly being destroyed. but now ko-Kartha was under assault, the shadow beasts ended up dragging off over half the matoran and the toa guarding it, with ko-Kartha’s toa gone a brave matoran was chosen to become the next toa of ice. but only about a year later he was captured and became a test subject for Vorka. however unlike the many other toa used as a test subject the mutagen worked (or at least seemed to) the ice toa was stuck inside a vat of mutagen and within a few days of immense pain and blood curdling screams the vat broke open and Terax emerged, without any memories Vorka named him Teridax to scare the matoran on the island. but within four year of Teridax was locked in combat with one of his old team mates, as the battle raged Teridax got small surges of memories but when the fire toa unleashed his full power Teridax snapped, still without his memories Teridax renamed himself to Terax and teamed up with toa Takar, he roamed throughout Karthas nui seeking new allies and the day were he can get his revenge.

another thing i feel like i’m obligated to say is that most of this isn’t mine (i’m not a good builder … at all) around the only thing that is “mine” are the upper arms (told you so) in fact the head design came from the HowTo: moc tutorials page

thank you for dropping by!

please give your opinion and anything

EDIT: changed the pictures (i don’t now if that helped or harmed) and fixed name errors

Pretty nice build you’ve got here. I love the design

It sort of falls apart at the waist, weird shaping, exposed technic, hollowness, everything else looks fine.

Really solid MOC. The textures are mostly consistent, a lot of use of nice technic, and the build is fleshed out despite being thin. Also that Mask of Light Kraahkan mask is amazing.

Neat MOC. I like the limbs and the shoulders very much but the waist could be thicker to flow better with the rest of the torso.

thank you all for your opinions!

so far I’ve got quite a bit of comments on the waist and to be honest i don’t mind it anymore, I’ve tried to fill it in but everything i did just looked real bad to me. if any of you have ideas please share them.

another thing i would like to point out is that he was originally supposed to have a caster-like build, meaning he was primarily supposed to be thinner than other builds and focused on staying behind the front lines laying down ranged attacks rather than being up close and personal.

thank you so much for commenting!

Any relation to the Creature of Earth…?

@HewksDKowlihad no, i didn’t even realize that was it’s name

EDIT: ok so i just realized i really messed up … allot! (this is what happens when you don’t right down a name you can’t remember) HIS NAME ISN’T TERAK!!! it’s Terax, i messed up i’m going to try to rewrite the article (as well as take better quality pictures and see if i can replace them)