Xantar has a backstory, but it’s long and complicated. I will cover the basics.

Personality: Xantar is known to be self-centered, and will do almost anything to put more widgets in his pocket. He constantly struggles to choose between taking the easy way out and doing the right thing. He is generally calm and collected, even when put under extreme stress.

As a team member, he is unreliable. 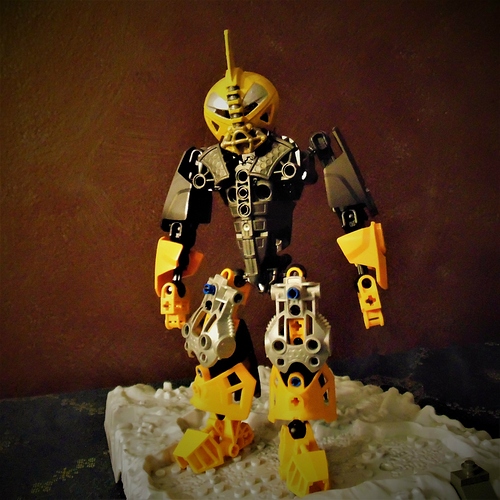 Abbreviated Bio: Xantar became a Toa after stealing a Toa Stone from an unaware merchant. Instead of using this power for the greater good, he used it to fuel his own desires. Initially acting as a freelance gun-for-hire, he had a change of heart when Rega Nui was plunged into war with the Kohr race. He was trained by Petrus, along with hundreds of other Toa, to join the fight. However, their location was compromised, and the island began to fall to the Kohr’s armies.

This, paired with a cataclysmic event on the island, forced Xantar into hiding with Petrus and another Toa, Botano. Petrus was later killed, and the two Toa were forced to make an unlikely alliance. They now reside in the jungles of Rega, over a thousand years after the events of the Kohr war. 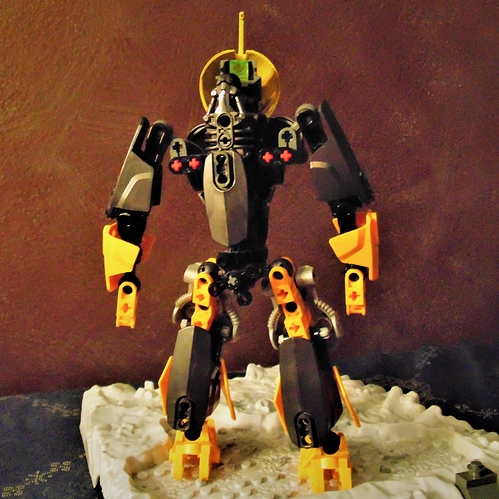 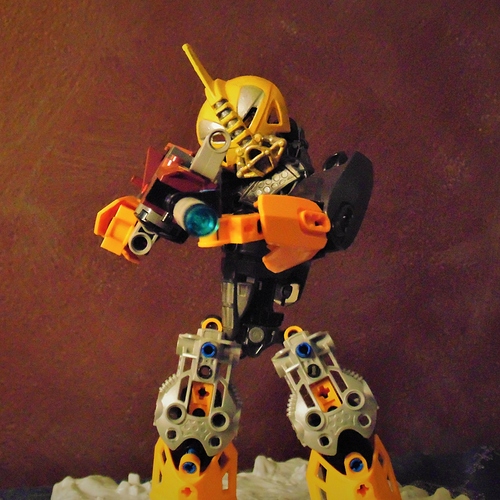 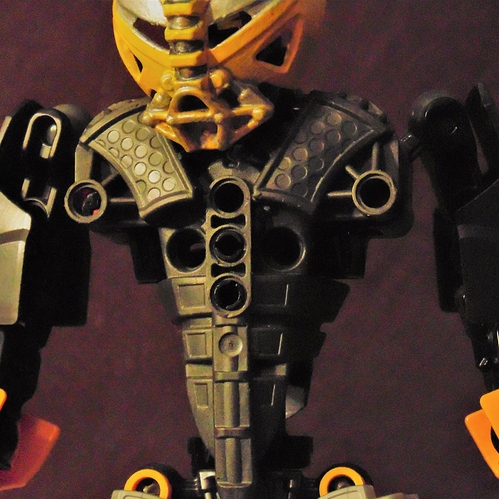 The purpose of this build was to try and see if I could pair the old Inika torso design and the new gearbox of the 2016 wave. It has about the same posture and even uses the same main piece. Overall I am happy with the design.

The mask was painted by me this time, not Modalt. You can probably tell.

If you have gunmetal shoulder pads, I’d use those to replace the silver ones on his upper legs. Otherwise, I like this MOC, especially the lower legs, you made good use of the ankle guard.

Sadly, my gunmetal shoulder pads have been misplaced. I suspect that they are with my cousin, as we used to trade a lot of parts back in the day.

If you mean the torso, feel free. I could even post some additional photos of the modifications you’ll need, since it’s not quite the standard design.

i would love that