Is this still open to new players?

Hey, sorry (again) for the inactivity, busy weekend with my sister’s graduation and all. How’s it going for you all?

It’s going good for me! How are you?

Is this still open to new players?

Nice! Alright, i have an idea already but I do have one question that will make things easier, is it possible for a cybertronian to have a “human” alt-mode? Not like, actual flesh and blood, but a close enough facsimile that they could pass for human unless someone was looking closely. (I.e. Odd eyes or strange skin pallor)

I look forward to seeing what you come up with! 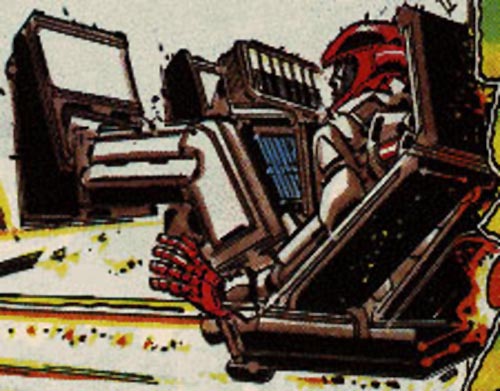 (Not exact, but rough equivilents, both are from the old Marvel comics)

Abilities/powers: Multi-spectrum visual feeds, inculuding the ability to adjust into the specific visual range of a given species. Sonic blasts, not powerful but just enough to distract an opponent mid-fight.

Bio: Ivory is many in many ways made for his job. He was born a special agent, served most of his life as one, and does to this day, if as a freelancer. He served many years as an agent of the Joint administration on Amity, executing espionage missions against various criminal elements. He was discharged after becoming a known element, and a few years later took up vigilante and private eye work, primarily among the human population, swiftly gaining a reputation as “the Shining shroud”. During daylight hours, he serves as entertainment for various small-time bars, primarily cybertronian. 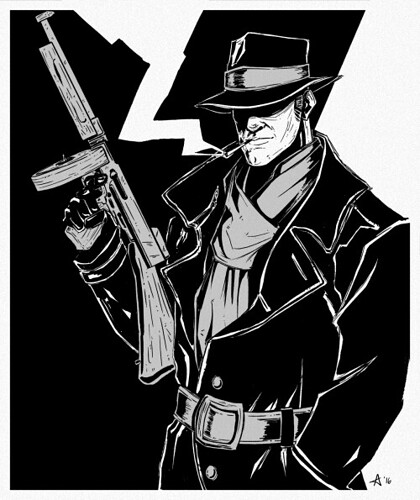 (Source proved difficult to find, closest I could find is a british person making art on Pintrest.

Interesting indeed! I think Ivory’s good to go. Would you like a rundown of everything that’s happened in the game so far?

Alright. Well, the other night (in-game), there was a big holiday in Iacon in which the PCs got to introduce themselves and interact some. It’s daytime now (again, in-game), and right now the Hall of Records (basically a giant library in Iacon) is under attack by some heavily-armed thieves. I recommend starting your character around that area if you want to get in on that action.

Are the PCs inside the building, and is there any way for him to get inside with minimal detection?

The fight is happening outside the library’s main entrance- that’s where most of the PCs and the hostiles are. If Ivory wants to sneak up on them, he could do it by entering the building from one of its side or rear entrances. Two of the PCs did that, also.

One last question, are the terrorists human or cybertronian?

Here’s a quick rundown of who the enemies in this fight are, for you and anyone else who might have lost track (myself included):

-The terrorist leader is a big guy with four hovering drones under his command. He also has a plasma cannon in his right arm and a sword in his left. He’s currently fighting Axis Prime and Kitai.

-Another big guy named Loader is fighting Conjoint and Snowblind. He’s armed with at least one chainsaw in his right arm and a chest-mounted shotgun, and he has rotating shields on his back and triceps.

-There’s a grey predacon (dragon transformer) who’s currently fighting Roaster and Niko. His armaments include a mortar cannon and a micro-missile launcher. One of his beast mode’s eyes just got gouged out.

-A green-armored cybertronian has recently been vibe-checked by Stonefist, and is now unconscious. He’s stolen a mysterious black case from the Hall of Records, which Stonefist has taken from him.

-A transformer with a helicopter alt-mode was shot down and had his leg set on fire. He’s pretty much out of the fight.

-A red transformer named Turnpike was shot up by Tokamak, and it looks like he’s gonna be taken prisoner by Firestorm.

-A human woman in powered armor was recently knocked unconscious when Cargo threw a cybertronian-sized flash grenade at her.

-A gunship has recently shown up and is hovering over the main entrance to the Hall of Records. It has at least two more terrorists aboard: its pilot, and a little yellow dude that’s jumped out to harass Stonefist and steal the black case from him. He’s about to get vibe-checked by XM-333.

And that should be everybody. Hope this helps those who need it.

Oh and also Aralysa managed to destroy one of the drones, so now there’s only three.

Right. Forgot about that one. Thanks for reminding me.