(Yes, the templates are horrible :I)

This, is a TTV Card game.
This is how it works.

The TTV TCG Is a game of Scandals, Law-Breaking and News Reporting.
Each player has a inventory of cards, all of them vary of these 4 types:

Cast N Crew: Members and Former Members of the TTV Podcast
News: Any Lego related News, generates the most hype
Gear: Items that can be equipped by Cast N Crew or Fans.
Fans: More scarce, Rare cards dedicated to the fandom, Memes, Members of the forums and so on. (Omega Tahu applies)

All of these cards can vary between 4 rarity types.
1: Common
2: Uncommon
3: Rare
4: Super Rare

The goal of the game is to remove all of your opponents 25 Channel Credibility, and generate the most Bionicle 2015 Hype, by reaching at least 150 (150 Days of speculation, rumors and leaks) hype. If the opponent is defeated before you have reached your 25 hype, they can continue playing at 10 health.

Each card has an Attack, Protect and Hype...

Attack will do damage to health, while Protect will absorb whatever number of attack damage it states, while Hype will generate hype. Gear and News will add more Protect, Attack and Hype, with News adding more Hype and Gear adding more A/P.

Your deck is the 5 cards you currently hold, while your inventory is the cards available to be draw for the current match, with a limit of 35.
I plan to make multiple variants for most cards, excluding most news. 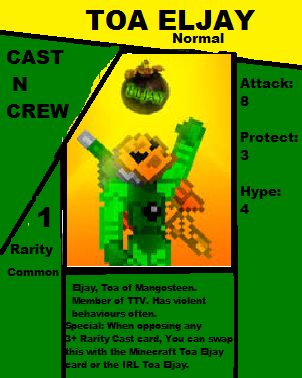 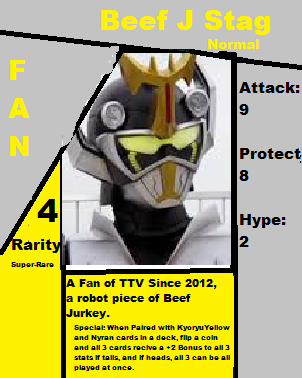 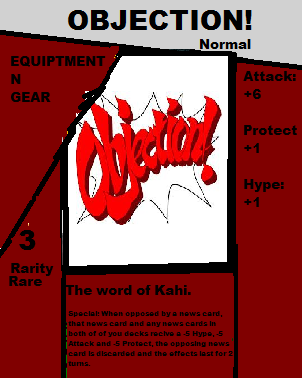 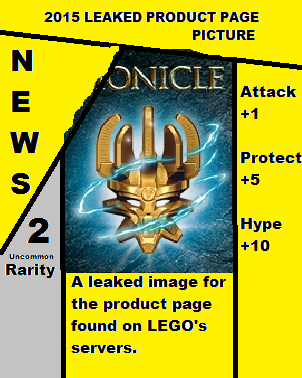 Seriously, we need a better template,

Feel free to make your own cards and all.

I could put together a decent template. If I get the time to.

I found this guy.. he has a different template though... 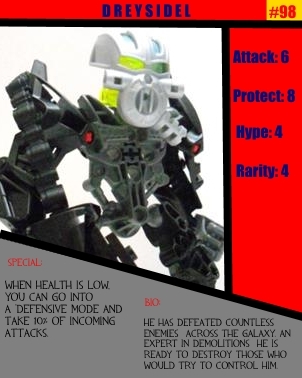 Things that look neat and tidy.

But try not to upload as JPG, it's bad quality.

I start making a Shadezy card with a Weiss in the backround.

yes
thank you
you saint

Please for the love of this message board don't put RWBY characters in Shade's card...

NO ONE CARES ABOUT YOU VUHII

Also, If I don't Shade will find where my house is (A cardboard Box) and murder me until I am dead.

It's probably just a subtle mention or a special attack thing.

and murder me until I am dead.

I'd drown you in the deepest lake of Spherus Magna, then hide your body in a nearby bush

I like how people call me by my original nickname, Shade

I'm a robot that drinks juice.

I don't think I can drown, and if I drink juice... I have no idea about the effects of water.

Oh snap I like this.
Imma make some of these tomorrow.

I must have multiple cards of me in my various outfits.
(I can't do this due to a blue screened comp.)
Uncommon - Standard Britannian outfit 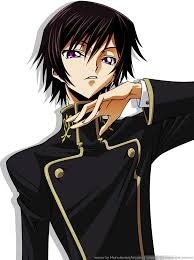 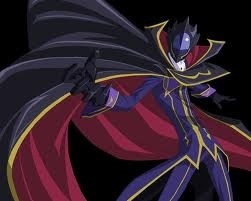 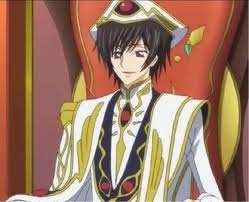 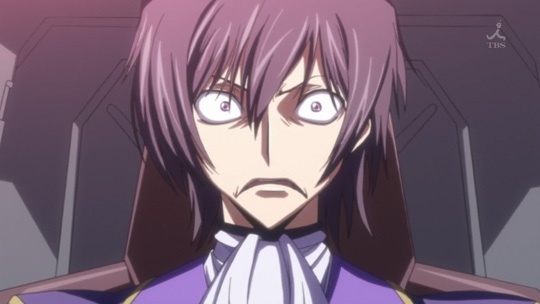 Waits for Kyoryu card with Ruby in the background...

Not a final version, but the idea I have in mind for Forum user cards.

We all know that feel...
But don't worry! Friends are there to help you!