Tuyet, the democratic. (And she really cares about your opinion.)

I’ve polished up my Tuyet and since I wanna put her out there for the contest when the time comes, it would be fair to ask which version do YOU want to see in the contest, since it’s ultimately up to you all what you want to build as a physical model.

I have 3 variants for you:
1 - full height: about 3 pins taller than Lhikan.
2 - shorter version: In case ttv will put the height limit again, she’s about as tall as Lhikan
3 - shorter and less expensive version: uses parts which are much cheaper and easier to get, but is generally less interesting in terms of color scheme.

VERSION 1:
Original color scheme has a lot of parts to paint and a lot of rare ones in metal blue that only existed in 1 set (technic super battledroid) 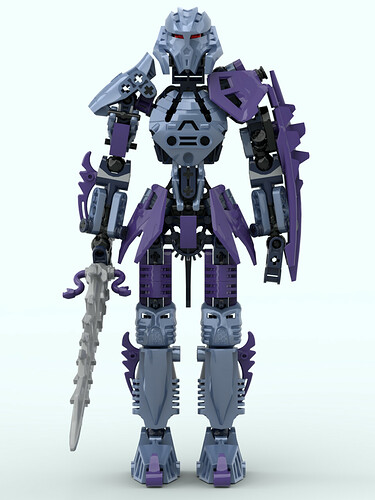 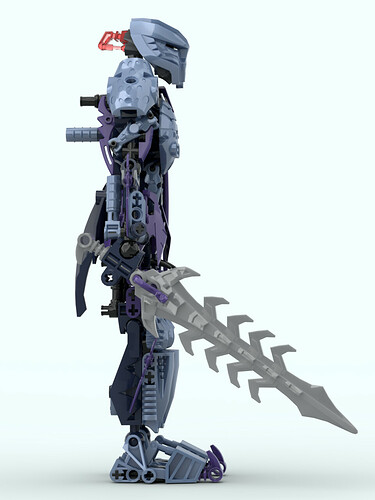 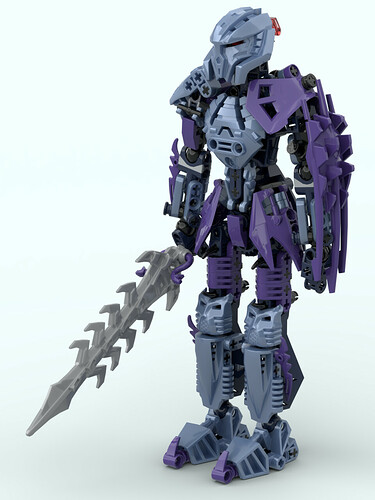 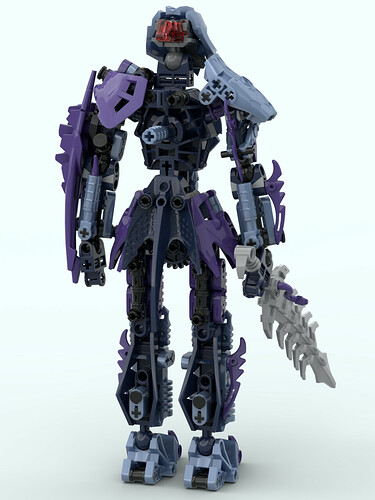 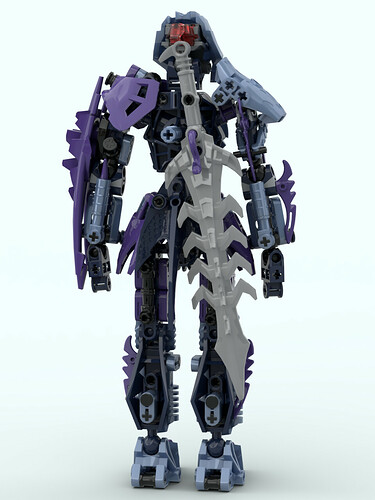 The left shoulder armor is mounted on the balljoint to allow better articulation of her arm. The Ehlek claw is supposed to represent a spiky coat that she can use as a shield in combat.
I thought her sword looks interesting with those snakes as decoration, but It might still be changed in an artwork, so think about it as a placeholder for now.

I used super battledroid minifig arms to create a shape of mechanic muscules on her right arm and abs (my original idea), I retained it in all versions. 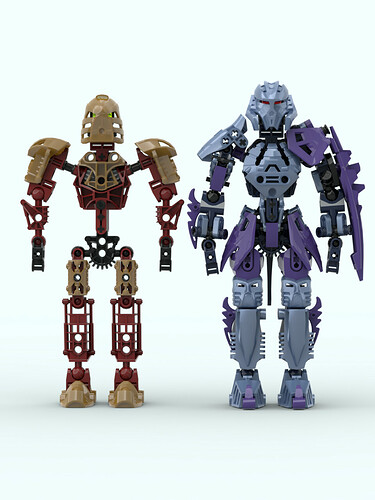 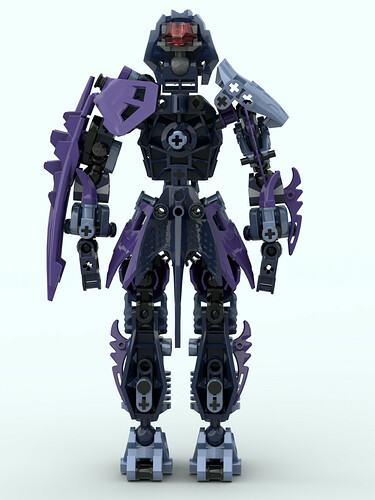 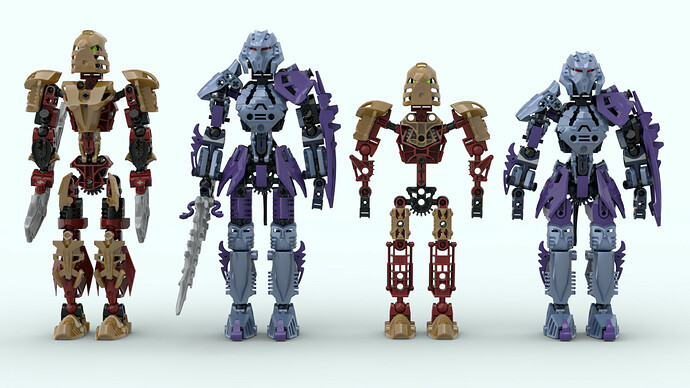 Much less interesting build for the upper legs - just ccbs and shortened lower arms, but nothing drastically different. 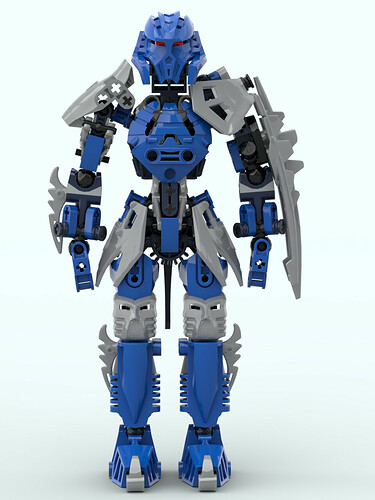 Mangai_12_52_39_Copy_4960×1280 172 KB
Call it a cheap version, this colour scheme is pretty generic with all the silvers and definitely less interesting, just a typical toa of water, no “touched by nui stone, regal empress of the toa empire implication”, but it’s much easier to physically build and all parts can be commonly found in those colors except for the craana in pearl light gray, but I can change it to a blue in final version if you insist.

Tell me with version you would prefer 1, 2, or 3. Make your suggestions in terms of color scheme please.

Thank you, but which version would you more likely vote for\would like to build?

the taller one that goes with the revamp of lihkan.

Version 3 is the best, although the hands are a trifle too basic in my opinion.

I honestly much prefer version 1 over the other two versions, it’s the closest to my own vision of Tuyet among the three.

With her longer and thinner limbs she looks more elegant and imposing, I like that she is taller than Lhikan… and that colour scheme is just brilliant, I even don’t mind the painted parts.

I can kind of see version 3 being the “normal” Tuyet, while version 1 representing Tuyet’s appearance altered by the Stone.

It’s cool but I think its a bit to tall and overly detailed. I like that it utelizes the metru build though

Indeed, it’s exactly what I had in mind with a normal and empowered version. Don’t see why lego wouldn’t do something like that if she was officially made.

That’s why I made the same height as Lhikan version down the line. The overdesigned aspect, does she still look fitting with lhikan despite the detail? I still tried to keep her thinner than my first version.

I really like the asymmetrical armor that you have going on.

does she still look fitting with lhikan despite the detail?

I prefer the Tuyet on the very right

I much prefer version 3. I’m not sure I like the color scheme of the other two.

The asymmetry looks pretty good, and I like the color scheme of 1 and 2, though from a canon standpoint I’d go with 3.

Thank you for the feedback, I took in some of your suggestions and think that the color scheme should be realistic, It’s the whole point that the model can be built by anyone without spending time on recoloring parts.
Secondly, I think she should remain slightly taller than Lhikan to look more menacing in comparison, but not as tall as the first version.
Lastly, I figured a really interesting design for her lower arms wich looks great… (hope it actually works in physical build) 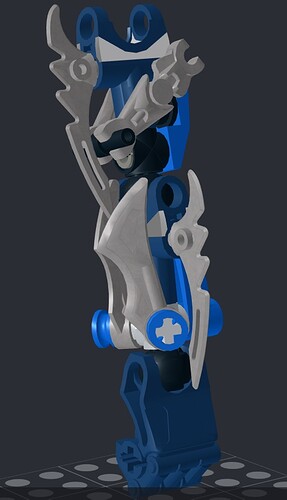 Here is the complete version. 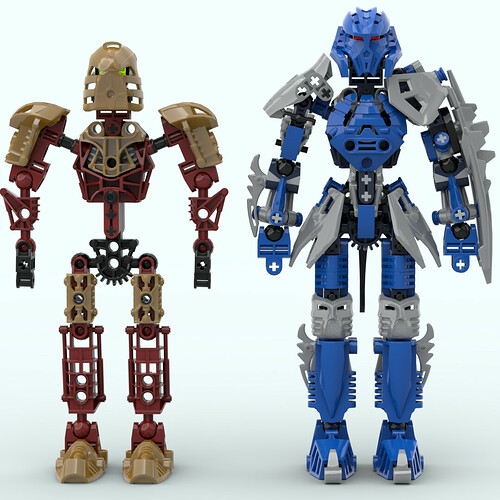 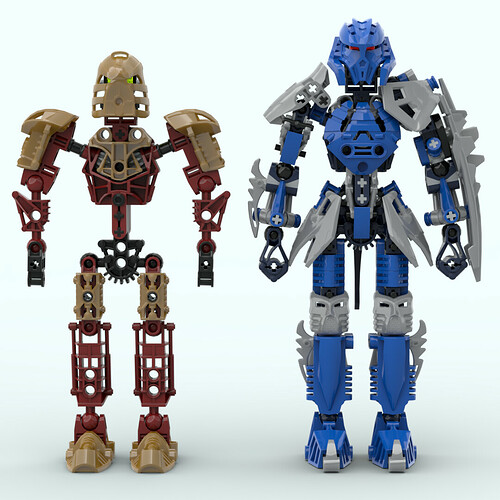 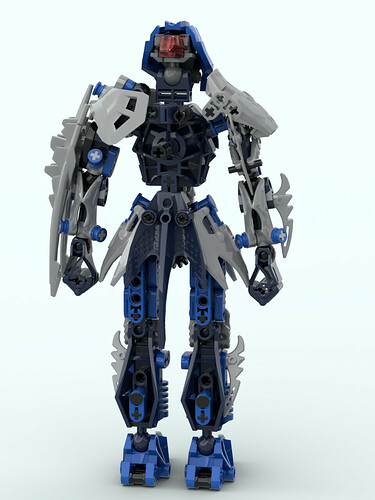 I can go for G2 Gali colour scheme to spice it up. 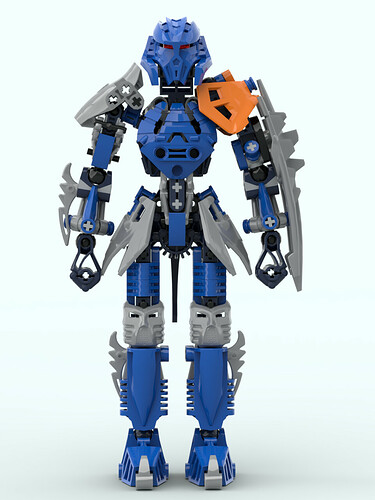 The construction of the moc overall is quite impressive. I’m liking the asymmetry as well

Thank you for the feedback, I took in some of your suggestions and think that the color scheme should be realistic, It’s the whole point that the model can be built by anyone without spending time on recoloring parts.

A good choice, I think. The purple/metal blue looks really cool, but it’d be a real hassle for people to recreate it, (though I like the ‘corrupted’ look it gives her)

either works for me

I can go for G2 Gali colour scheme to spice it up.

In my opinion the orange treads a little too close to Gali Uniter. I’d suggest making the armor piece red, and (maybe) the chest armor black

The purple/metal blue looks really cool, but it’d be a real hassle for people to recreate it, (though I like the ‘corrupted’ look it gives her)