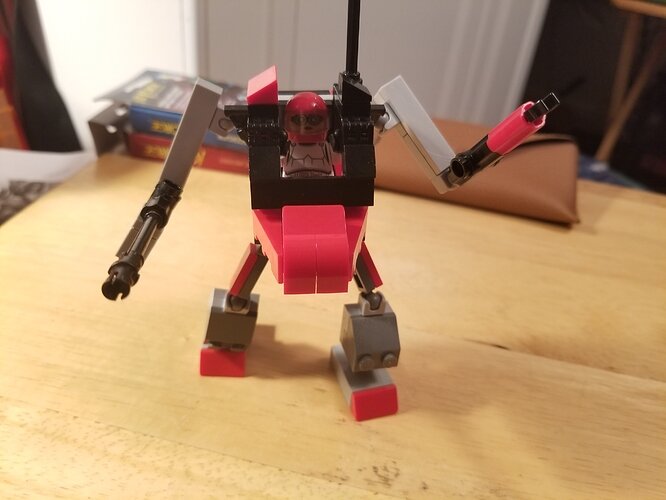 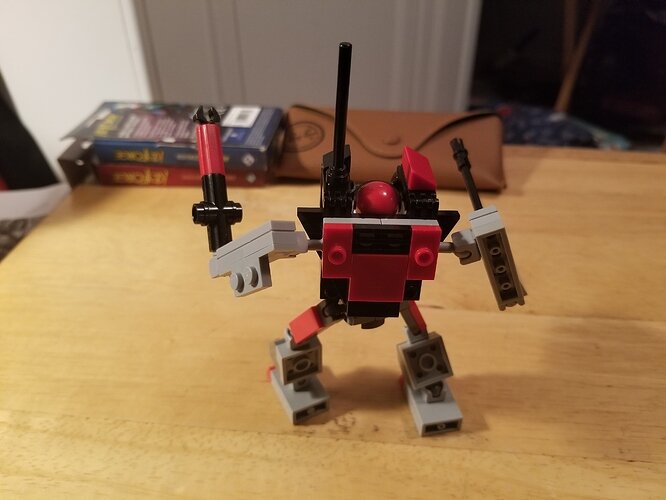 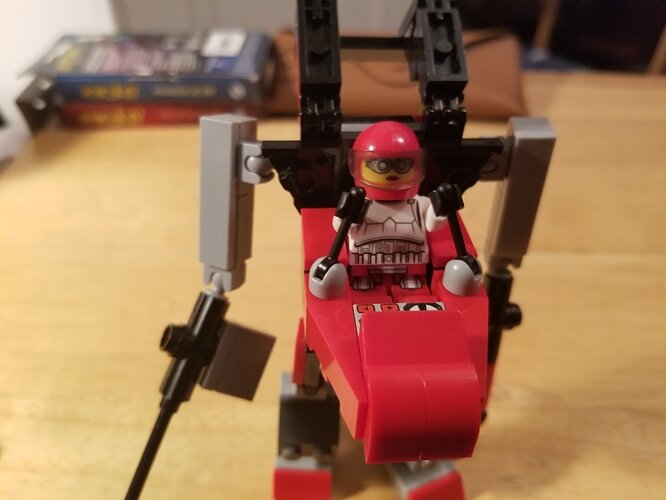 Name: Type 37; Class C mechatronic combat system (nicknamed “Johnny’s” by the troops)
Armament: One 7mm HMG, one multipurpose grasped, 2 upgrade hardpoints.
Crew: 1
Date of first deployment: 2097
Description: a light mech designed to provide infantry with fire support. It was not designed to combat heavier mechs, it’s main purpose being to cover friendly infantry, and as such only had light armor. The unit has a very basic AI, mainly focused on keeping the stance stable, and reloading the primary weapon if needed, allowing the pilot to focus his mind on more important tasks. While a qudrepedial unit might have been have been a better weapons system, being able to carry more equipment and munitions, the discovery of the Willuhn effect, saved the bipedal combat systems from extinction on the modern battlefield. The Willuhn effect, boiled down is simple. Infantry units fight better when accompanied by a bipedal machine than a quadripedial one. The exact effects on the psyche is uncertain, but it often manifests as a certain level of regard or admiration for the pilots and machines. This can range anywhere from, “Battle field gods” to “the big brother”.

The hardpoints on the units back allow a variety of upgrade packages to be attached for various purposes. 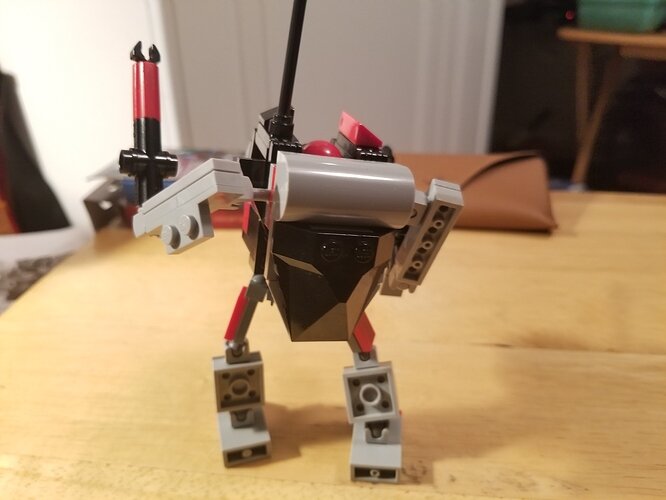 Name: Shielded battery pack type 12 Mk.3 (known as “Go boosters” to the troops)
Description: An armoured battery pack, designed for long term engagements, where recharging may be impossible. It adds an extra week worth of battery life, extending the possible range significantly. It was quickly mad a standard configuration for most engagements, and all models produced after 2120 feature this as a standard feature. 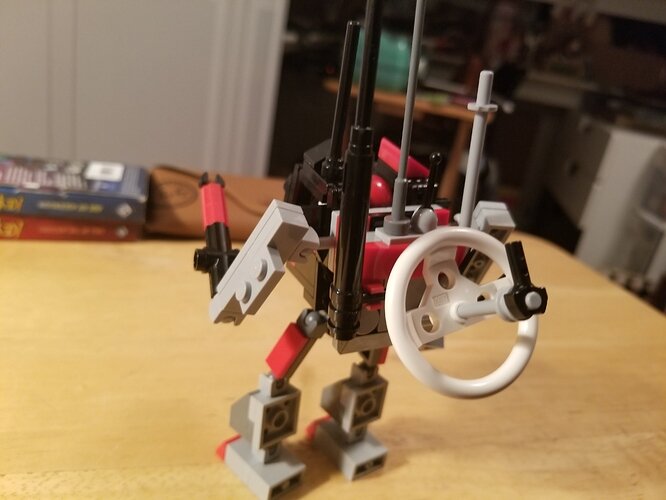 Name: Class 12 communications package.
Description: An advanced communications suite, designed to allow commanders to be in touch with HQ even in the most remote area, this package increases signal reception by a range of 800 miles, and signal transmission by similar amounts. The package is often used as a relay for communications to outposts, while permanent relays are constructed. 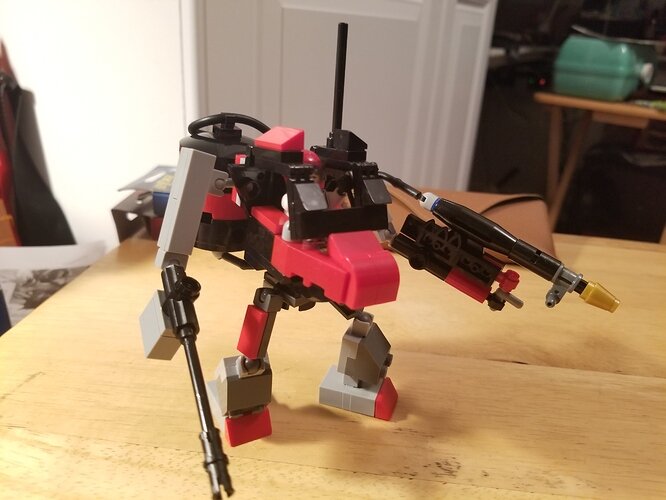 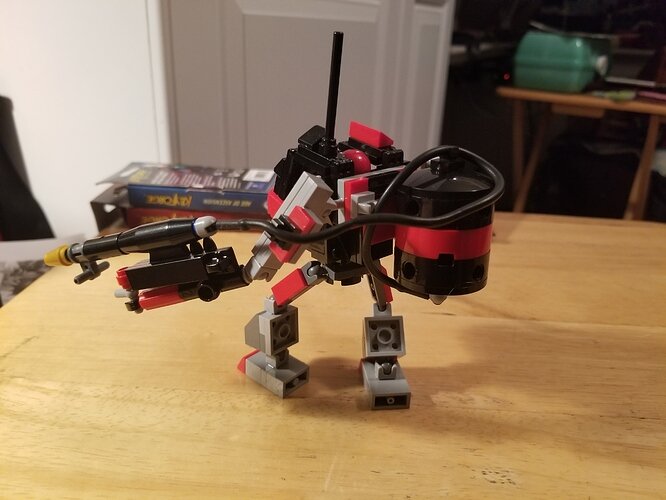 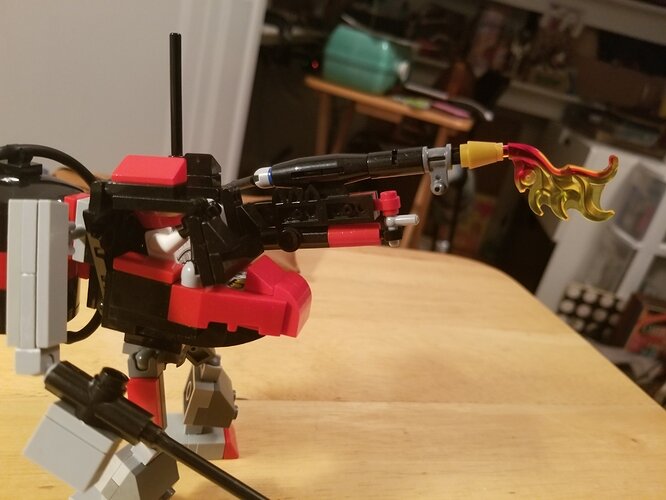 Name: Type 89 flammenwerfer (known as a “Torch” to the troops)
Description: designed for deployment in urban environments, the type 89 is capable of shooting blasts of flame for 10 minutes straight on record over distances over 30 yards. This ensures the quick and efficient clearing of buildings of enemy combatants, a necessity in urban combat.