O.K. i’m not really well known on this site, but i decided to show you guy how my mocs have been improving. I guess i’ll start with Uira. 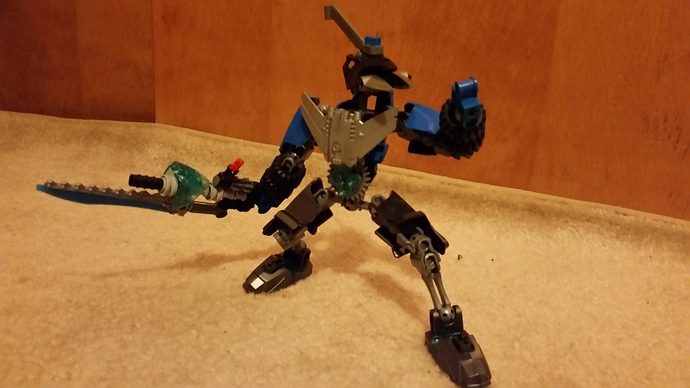 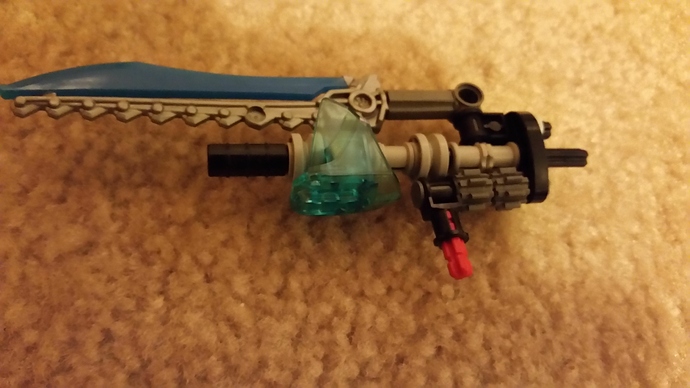 20151231_130541.jpg4250×2390 1.76 MB
building this version was just me playing around, and seeing if i could make a character with a gali like color scheme (hence the blue) and created her. she took me about a few minutes less than an hour, and she was the moc that inspired the mutated rahi concept in my story.

With this version of her, i wasn’t too happy with the lack of blue-ish colors, so i added the trans light blue bone piece to her lower legs. I also changed up her weapon, making it a scythe/gun/sword, which was just me messing around with some unused parts. she also had her powers change from water, to lightening because i just thought lightening was cooler

I love Uira’s look alot more.
i changed her sword, having one of stormer xl’s blade broken (thanks to my little brother)
i also changed her color scheme to the canon colors of matoran of lightening, white and blue.> not because i didn’t have any more blue pieces i swear

now my next character: Veltek 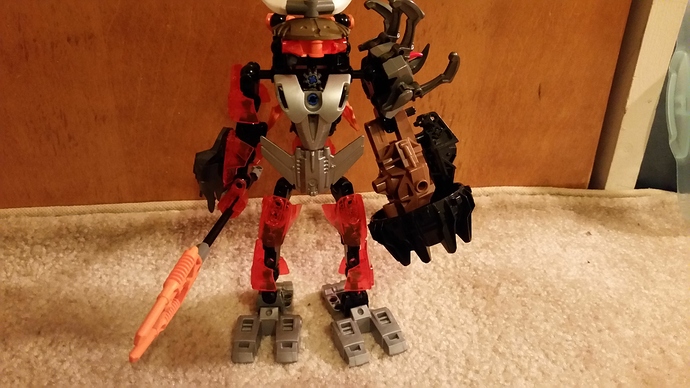 20151231_133842.jpg4250×2390 2.22 MB
she was just starting as a basic idea: “Hey, why not make another bug-like mutation character?” and Veltek came to be.
Veltek is a mutated Nuiki of fire, with a rare insect on her arm called a “Wiri bug” that, during the larvae stage, attaches onto one of someone’s limbs, eats the original limb, and grows into a limb replacement, having it’s “mouth” attach to the rest of the body. The wiri bug can only be found in the fire territory, and it attacks it’s foes by drilling beneath the earth, and striking its foes from underneath.

I also changed the back armor connection:

the wiri bug didn’t really change at all.

And last but not least, Maiku my self-moc

And now, the new and improved Maiku v3

this moc took about 2hrs to build, and it’s my favorite because i actually had the pieces to do this behemoth!

I also built Pentek as a toa, to be later revealed in my story!

and here are all my mocs i have made since joining the site, that are done (for now)

tell me what you think by replying below, and have a great day

Their color schemes are all over the place. I tend to try my best to only work within maybe 3 colors on a model, one of which is metallic, and the other one is usually secondary. For Vltek it’s not a big issue, it looks fine. I also like Maiku.
Keep trying anyway!

You have some pretty cool MOCs!

Also, isn’t there already a topic for this?

Alright then, you’re improving quite quickly.

The colour schemes are wonky, but the MOCs themselves are decent.

Idk, some look a bit messier than before, except Maiku, he did improve a bit.

i just wanted to do my own topic on this with just my mocs so i can go back to it over time.

the toa pentek was just me slapping together a few parts, and i don’t think i’ll add him into the story at all. i really did try to incorporate more brown, but that was all the brown i had (lol) so i just made it more silver/black. i took him apart today, and i’ll build something else with em.
I’m deffinetely not satisfied with uira on v3. yes, i made her color scheme the bionicle based colors for her element (Lightening) but i liked her slim lower legs, and simple build from v1 and v2. i just hope i make up my mind soon.
i’m gonna be getting the rest of the 206 toa in a week or so, so stay tuned i guess.

Wow, you win most improved MOCer! Also, creative idea with the bug arm.

These are looking pretty nice!

Veltek looks the best out of the four, however the brown on his left arm looks a bit weird. The green and red on Maiku looks a bit weird. Pentek has Pohatu 2016 color scheme syndrome. My only problem with Amira is the light blue armor piece on his chest.

yeah the brown on Veltek’s wiri bug really bothers me lol.
I wish i had the other toa metru (especially Vakama) so i can use his torso piece.
and pentek was just something i built in 1 go. took him apart yesterday lol
i also switched it with a silver shell, that was on pentek’s back before i took him apart