Before I explain this guy’s story I’d like to apologize for the bad quality of the pictures. I don’t have the best camera or the best setup.

Vahktor was something that Nuparu was working on as a replacement for the Vahki. It was meant to seem more friendly but also very defensive. However he was never able to complete it before the Great Cataclysm occurred. There was only one model and it was left behind. 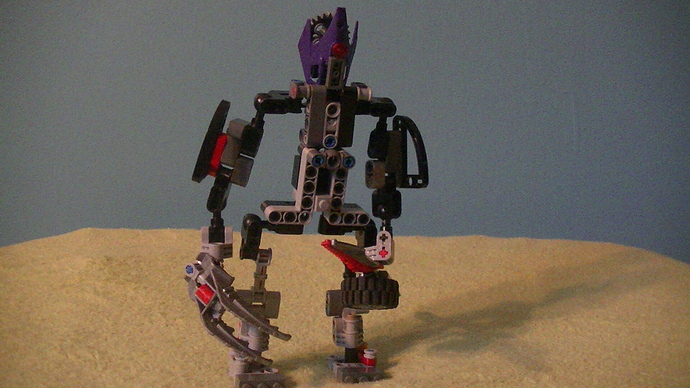 PIC_0409.JPG1920×1080 562 KB
It had more of a drone appearance and as I said, it was a prototype thus the clunky and sort of ugly appearance. Nuparu managed to find this guy in this state when they returned to Metru Nui, the miscolors are meant to represent the damages. 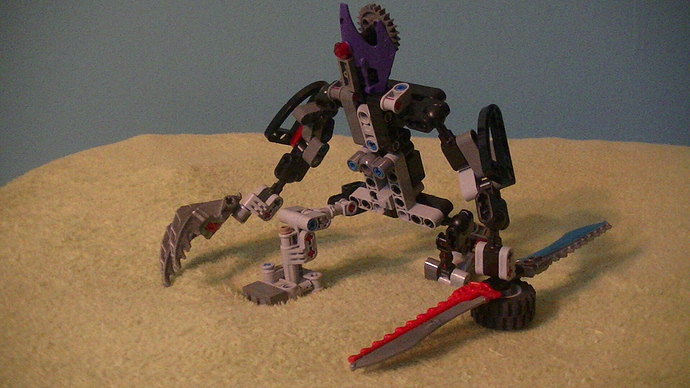 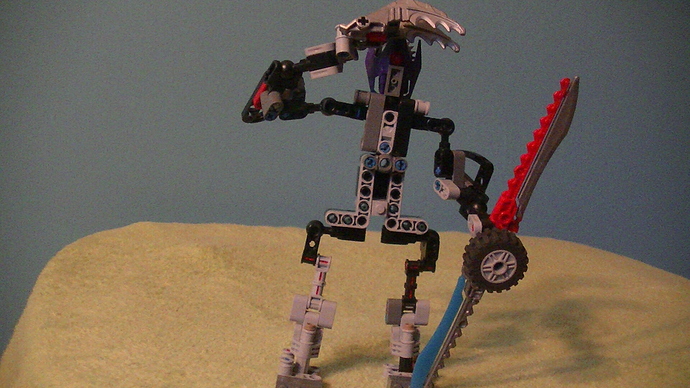 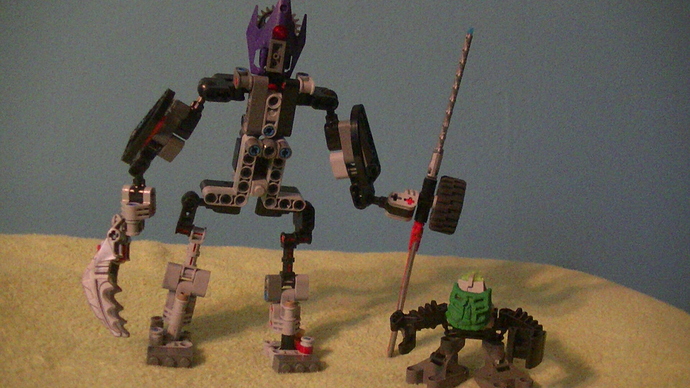 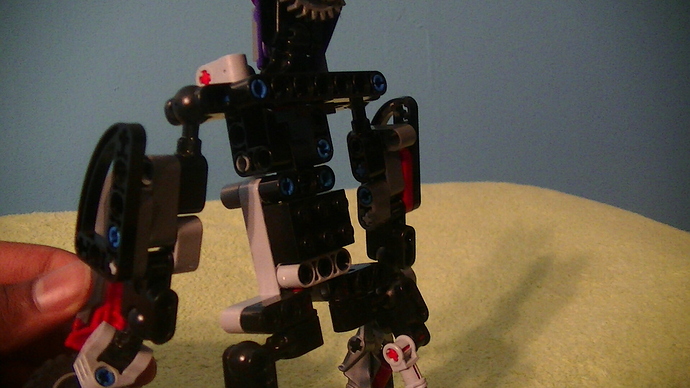 In reality this was really just me testing out some building techniques I could use for moccing. It is pretty bad so feel free to point out everything wrong with it. It’s also sort of my first MOC I’m posting here. I’m not really satisfied with the pictures I took that tried to show it’s articulation so if anybody wants more pictures then I’ll post them. There’s about 3 main joints in each limb though. That’s pretty much it for this.

It’s not that bad compared to the other users.

For a prototype concept, I don’t feel much of a Bionicle vibe. It also has a exo-skeleton vibe going on-

I guess the Exo-Skeleton thing originates from how it was meant to be a drone (sort of like those blank heroes from HF) but it went unfinished.

I know it’s meant to be a prototype, but that doesn’t really excuse the entire MOC having some very bad flaws. The torso is a block, the textures don’t really work, and the colors aren’t the best. However there is a lot of potential in the MOC, especially the concept for it.

Well actually in reality it didn’t have any story for it, it was just some random thing I was using to test joint-building. But I do have to agree with you on the torso and the textures.