So many of you might remember a moc I did earlier this year, dubbed Valen. Well I’m proud to announce that I have officially updated him. 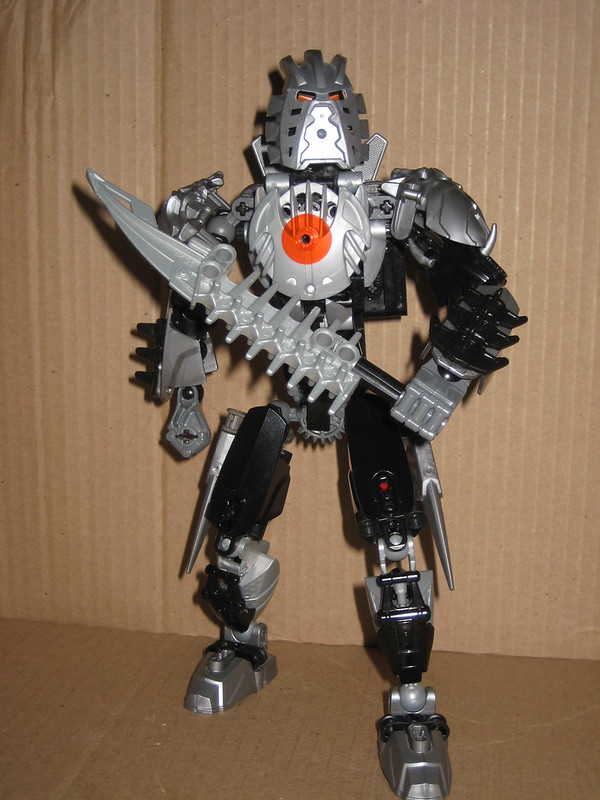 Of particular note with this update of him is new legs, which are more sleek so as to fit in with his ‘lithe’ design. They also feature thigh sheaths for his daggers. Also of note is new weapons, including the sword, which while simple also fits in with his somewhat spiky vibe, and a blaster/gun. Mind you, this is the first time I’ve attempted a Blaster/gun style weapon so I went with something simple but decent looking. 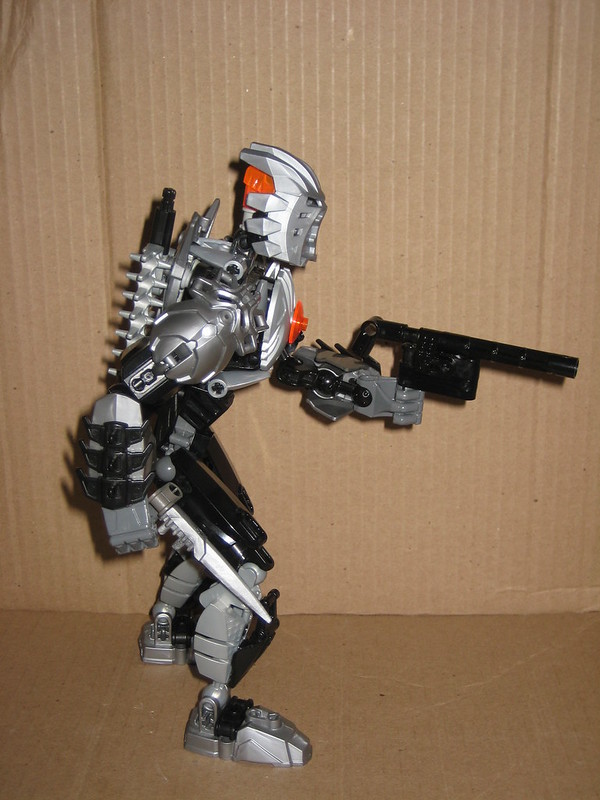 Aside from those changes there were some other minor ones. I fixed some gaps in his design, notably with the ‘ordeal of fire’ piece on his back, which uses a somewhat illegal/forced connection to be flushed with the rest of the back instead of sticking out awkwardly. I changed his arm pieces a bit to give them more mobility/articulation. Some ‘filler’ pieces were added to the upper arms, and last but not least to go with the thigh sheaths, all his weapons can be stored on him in some manner. 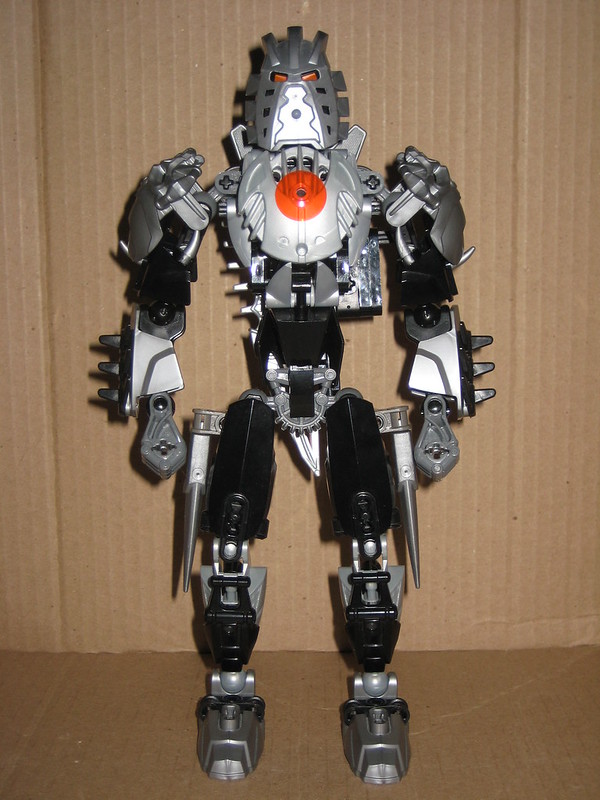 Also for those who are curious about backstory, which I don’t think I ever properly made for him, Valen is basically a Bounty Hunter in the MU. He is efficient enough in his job that his lack of powers in an otherwise overpowered universe is overlooked.
It is a simple background but one that works for this character.
Also here is a link to the gallery on Flickr which includes a few more angles and action poses. C&C is welcomed.

Nice. I’m really liking this guy’s overall look. The builds of the limbs have got to me my favorite parts of this fellow. Critisims would be the Hordika neck to arm connection, it makes the shoulders seem a bit droopy. The arm length doesn’t quite look correct either, maybe it should be a module longer. Overall a very cool MOC.

And thanks for the short backstory, after a while those lengthy bios get annoying.

That’s really it. I can forgive it because it looks cool. Maybe add in more trans-orange, because that would be an interesting tertiary color.

But it’s not bad. Just maybe cliche to some people.

@PakariNation99 @Windfall I understand that Black/Silver is a generally hated color scheme on TTV, and my response to that is ‘Do I look like I care whatsoever?’

But joking/seriousness aside, yeah it is cliche, but ultimately it’s the most colors I have, for some odd reason. I mean it was that or White/Silver or White/Black. Also I did try several different Kanohi, to avoid using the Avohkii. I tried Norik’s Silver Pehkui, A black Kakama, Black Kakama Nuva, black noble Ruru, and Tehutti’s Black ans Silver noble Huna… Ultimately none of them filled the spot quite as well as the Avohkii.

Hey mate, I get it, I get it. I’ve been in your shoes before.

Windfall I understand that Black/Silver is a generally hated color scheme on TTV, and my response to that is ‘Do I look like I care whatsoever?’

To be fair, I loathe black/red FAR more than I dislike black and silver. A bit strange, but it’s because of the quantity of sets the feature that particular scheme.

This is a pretty cool MoC; I thoroughly enjoy the torso build and the integration of the Skull Spider masks as shoulder armor. If I had to say something that I didn’t like, it would probably be the armoring of the lower legs. That’s more of a complaint with the piece, though. The gap where the clip is always distracts me from a visual perspective.