“I’m alone, but his promise has given me purpose to carry on. I’ll be waiting for him. Always.”
-Viara

Viara is one of the two wardens of the soul realm. She absorbs sorrows and regrets from the souls of the dead, and ‘digests’ them over time. The pool of emotion in her belly can get overwhelming, which she responds to by either holding or massaging it. 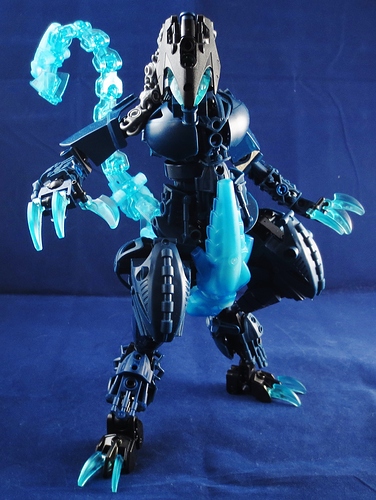 After Viara’s brother, Syvon, began rebelling against his purpose, she attempted to contact someone from the mind realm. Reaching the Dream Warden who had a connection to soul manipulation, her contact attempt opened a rift between the two realms. A calculated risk she took. The flood of unpurified souls struck down as a beam on Monarth, knocking him unconcious. He spent the following 3 years in a coma in a dream. 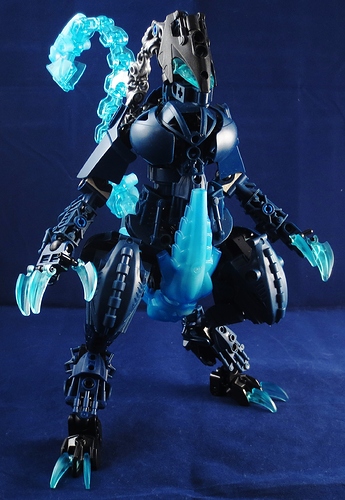 Having established a connection to his soul, Viara kept trying to make contact via his soulscape. Unsuccessful, she found a pathway to his mindscape, though she couldn’t keep her form. Having to apply to the rules of his mind, her mindscape form divided into a dozen reptilian creatures which Monarth dubbed the Kirkan. By interacting as them, she gradually helped Monarth out of his coma and left her request for help at long last. 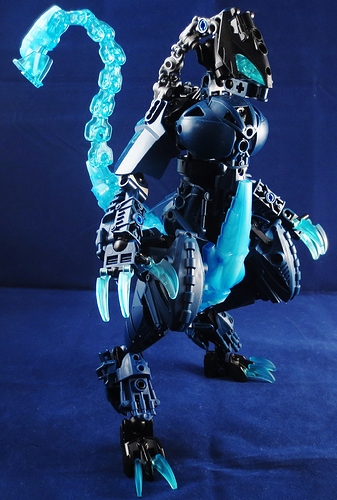 Monarth traveled to the Soul Realm, where they met properly for the first time. Learning about her duties and solitude in the Soul Realm, Monarth felt sympathy for the Sorrow Warden. But time was short as rifts were opening, so Monarth took battle against Syvon. Being overwhelmed by Syvon, Monarth decided to take the battle to a different realm, forcing Syvon and himself to a large rift that was sucking them in. Before disappearing into the rift he promised Viara to return one day. 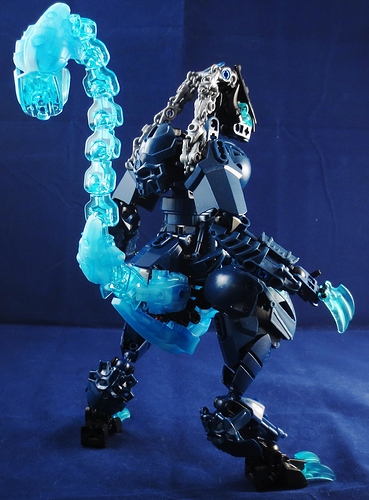 Viara took this to heart and is still waiting. 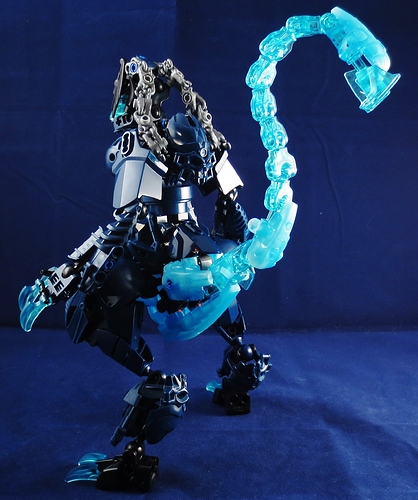 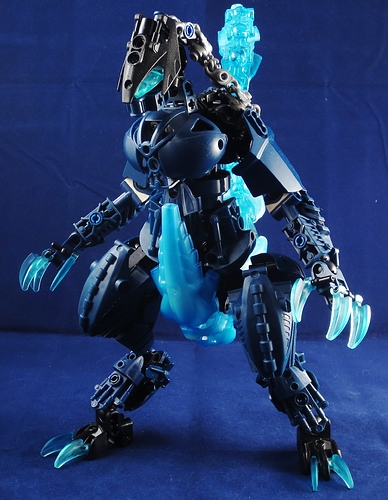 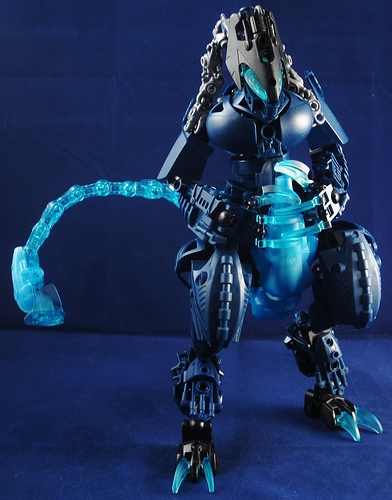 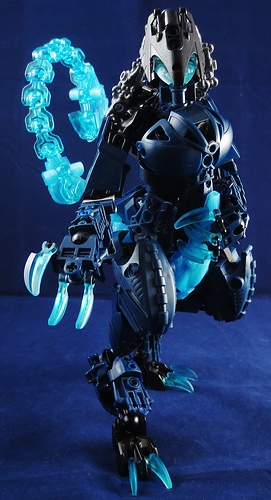 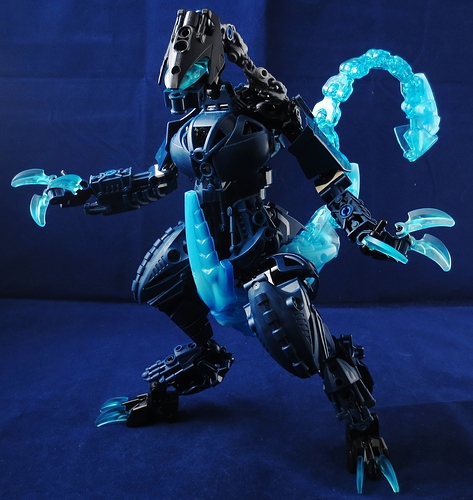 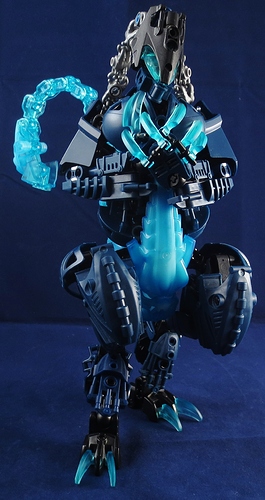 This is Viara’s version 2 in more appropriate colors. She was never meant to contain gunmetal, but until now I didn’t have appropriate pieces to make that a reality.

Just like the previous version, her body shape is inspired by Mewtwo.

The bio above summarises her side of what happened in my story, Warden’s Diary.

Noice! Not much I can complain about

Nice. Very nice. She seems to have some very Mewtwo like proportions. Was this intentional? 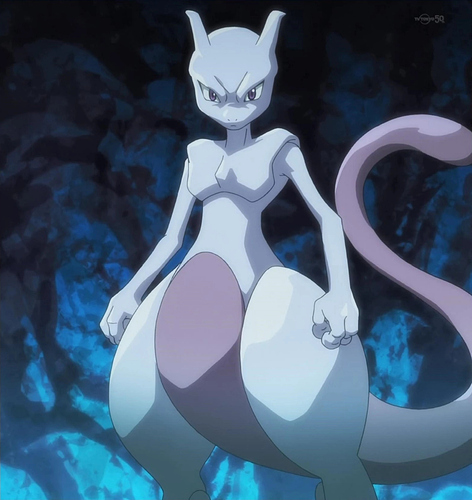 Just like the previous version, her body shape is inspired by Mewtwo.

Yes, yes it was. Occasionally I like to try different body styles in my builds. Mewtwo has been an old favorite of mine and Viara gave the opportunity try that body shape.

Yeah, I don’t usually read the text on a moc topic. Sorry. I just look at the pictures and comment.

His head… It reminds me of Zerec Zay.

Your mocs are fantastic, keep up the great work.

@Wheatley Thanks, the legs were one of the main points I revamped. The previous legs had way too much gunmetal included. Glad to know the result has a good effect.

@Morgy Thank you, and will do.

Parts can always be found new purposes, but frankly I’m not amused at all by your statement.

It wasn’t you I was trying to amuse, keep up the mocing though, the piece use is creative.

Understood. Will do. o7