I feel like exclusive games are fine, if everything was universal then there would be no reason for it to be hard to pick a console or PC

timed exclusives on the other hand are poo

Is it because I’m salty I can’t play Bloodborne? Maybe…

I don’t have a console, so yeah, I feel that I naturally dislike the idea of console exclusives, because it’s something I’ll never get to play.

People who don’t own certain consoles will never get to play games they might want to play (i.e. Me and Shadow of the Collosus), and possible sales aren’t as high as they potentially could have been if there was a wider platform.

Granted, I would only support exclusive games if the technology demanded it. For instance, a Wii U exclusive game that uses the Game Pad frequently wouldn’t work on an Xbox or PlayStation without massively altering the play experience, so therefore it wouldn’t be feasible to make it non-exclusive.

Otherwise, it’s never a good option. The possible sales would be higher across multiple platforms than sales driven by fans buying company consoles soely to play the exclusive game. Also, if fans have trouble deciding which version to buy, that’s all the more incentive for companies to advance the quality of their products and experiences.

Exclusives are only valid if hardware is required to make something work.

We have emulators for that. Except if its a kinect of we motion game, but those arent as popular or fun as the controller games.

Is it because I’m salty I can’t play Bloodborne?

I would love to play Bloodborne, but would I pay 400 money for it? Good heavens, no. I don’t want a video game console because I already have a PC which runs games well and becomes obsolete later than the console. I also don’t have a telly but that’s beside the point.

I don’t understand how anyone would approve of this type of narrow-minded practice. Neither party benefits from having exclusives for the sake of exclusivity.

I can only somewhat understand timed exclusives, as creating a port for several different platforms takes time and effort, and exclusivity because of technically unique demands of the game, as mentioned by @PakariNation99.

I freaking hate exclusivity in gaming.

There has been a good amount of games I have wanted to play but can’t because they are exclusive to a specific console. There is also games that I HAVE to play on a specific console which forces me to get that console and not buy anything else after that because spending 300, 350, or 170 dollars on a console is freaking nerve-racking.

I would love to play Bloodborne, but would I pay 400 money for it?

Actually I was able to get a PS4 for 300 dollars and Bloodborne for 20 dollars (they were on sale on amazon and the PS4 is 350 dollars now).

Not a fan of game exclusivity, if it just needs standard hardware I see no reason why it should only be available to one group. That’s like making gas for only one brand of cars.

I never really cared about this, cause I’ve always owned multiple consoles.

It’s the silver lining of growing up with divorced parents

There is no silver lining of growing up with divorced parents, EVER.

Console exclusives are evil products of the capitalist-minded, greedy console corporation.
PC exclusives, on the other hand, are totally justifiable

I guess exclusives are an effective, and slightly hostile, marketing ploy, so i respect it on some level, but it’s not the best way to go in my opinion.

Exclusives need to exist or there would be little reason for consoles, let alone 3 different ones.

I will say that timed exclusives are garbage though. Call of duty DLC for example. I’m not going to buy Black ops 3 for PlayStation just to get DLC 1 month earlier.

I don’t like it. Cross-platform is better. I understand why they exist, from a business perspective, but I just personally would prefer not to have to buy an Xbox AND a Playstation on top of my computer to play all the games I would like to.

I’ve basically come to accept that I will always get my console games several years late. I’ll continue getting my PC games pretty soon after release simply because of convenience. If I had my way I’d have steam ported to console but… 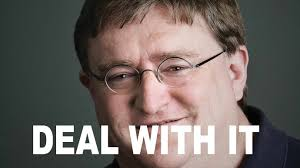 Even though it’s last gen, I wish people still made games for the original Wii. I freakin love that thing.

There’s No Downside To A Game Ditching Exclusivity

Quantum Break will never arrive on PlayStation 4, but PC owners can play it the same day as Xbox One owners. This has caused anxiety among some Xbox fans, prompting Microsoft executive Phil Spencer to digitally spar with passionate Xbox One owners....

Well this is what exclusivity can do to some people.