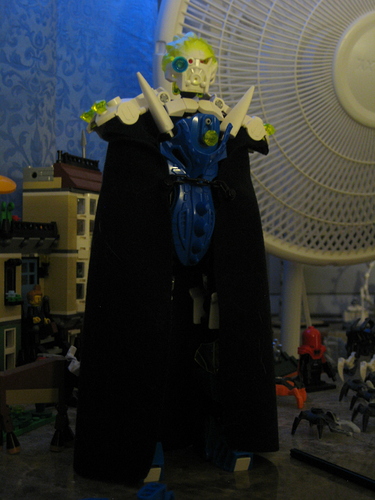 So I don’t think I’ve ever posted a WIP, but I’ve also never had a moc I’ve felt so strongly about. Some may remember me posting on the HowTo:Moc Tutorial, looking for inspiration for mocs using the Dragon Bolt head piece. This is the result of that inquiry and the underwhelming lack of mocs that use said piece.

I still have to finish the hands and decide on a weapon for this moc, but I felt it would not be a bad idea to post a WIP topic here, since I hardly ever post topics anyway.

The hands will likely be clawed to go along with a background I have planned for the character, involving lovely Ignika curses.

Also here are some other WIP photo from the earlier stages of building it, to show the progress that has been made.

PS: Since I’ve never posted a WIP topic before, is it customary to create a new topic once the moc is fully finished, or post the finished moc as a new post in this topic? 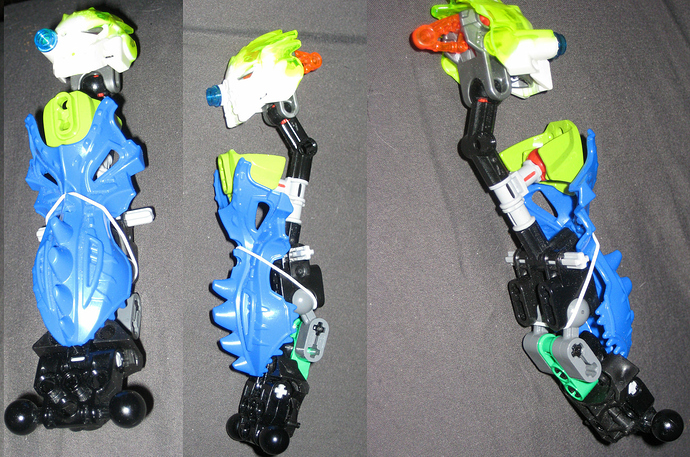 Looks cool, just one problem. Having the dragon snout as the crotch looks awkward and gives a bit of a chubby look. I’d recommend moving the waist down, then too keep the torso from seeming too long, widening it with something. Possibly with slizer feet.
Other than that, as I said looks cool.

I don’t like the dragon head as the torso, but it has promise.

Just wondering if this has kegs yet, because if it does, they are very hard to see

Yes there are legs, though admittingly the angle in which I took this does not do them any favors.

UPDATE:
So wanted to show the progress I’ve made. I decided to scrap the cloak for now, though I’m hoping for this moc to be one has multiple “Versions” as I improve in building skill and improve it, similar to my other moc Valen. 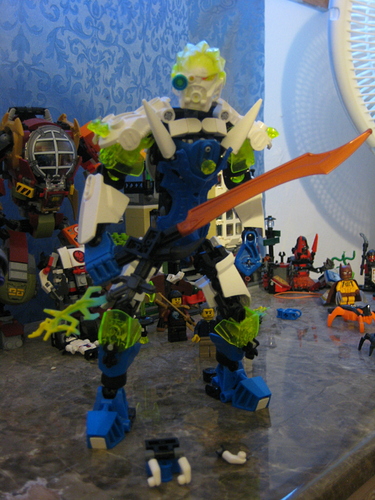 The most important update here is the weapon, and improvements on the lower leg. I know the weapon could be considered basic, but I feel that blade piece in the new copper color, thank goodness for bricklink, fits perfectly with the toa of lightning theme, since copper the most efficient conductor of electricity

I’m still working on the hands, as you can see at the bottom I’m going to be using minifig, specifically clone trooper, arms as fingers. I’ve seen this technique used before but have never attempted to use it myself until now. So yeah progress is being made.

Also debating on whether or not change the mask stud color. I was thinking trans-yellow but not sure.