So these are a bunch of mocs that I have done in the last year, though unlike other mocs I've done, such as Skull Fencer or Vagatus for example, they don't really have any real reason to exist besides building them out of boredom, or because I wanted to make use of parts I had an excess for, or make an moc around one specific part. As such when initially posting them, I didn't feel the need to make actual topics for them anywhere, be it here or bzpower. Also they weren't made to be something amazing or noteworthy, but for my own enjoyment. So they won't be the most visibly pleasing or may seem rather generic.

Lewa Hordika: For awhile I had wanted to use the TNGM in a ccbs moc, and after getting some junk hero factory sets I decided to make use of the various trans-green shells. As such this came about. When I posted a wip on flickr, someone suggested adding a blaster of sorts on the back, hence the stud shooter added as an afterthought. 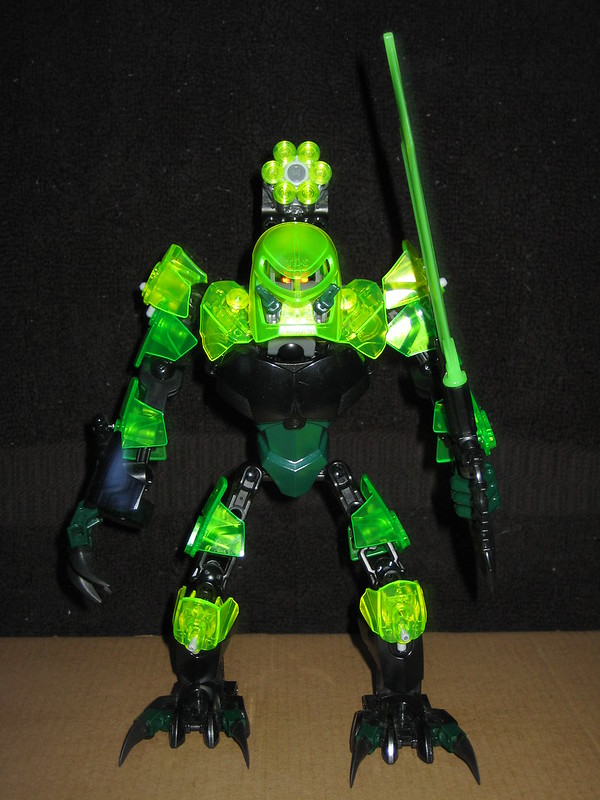 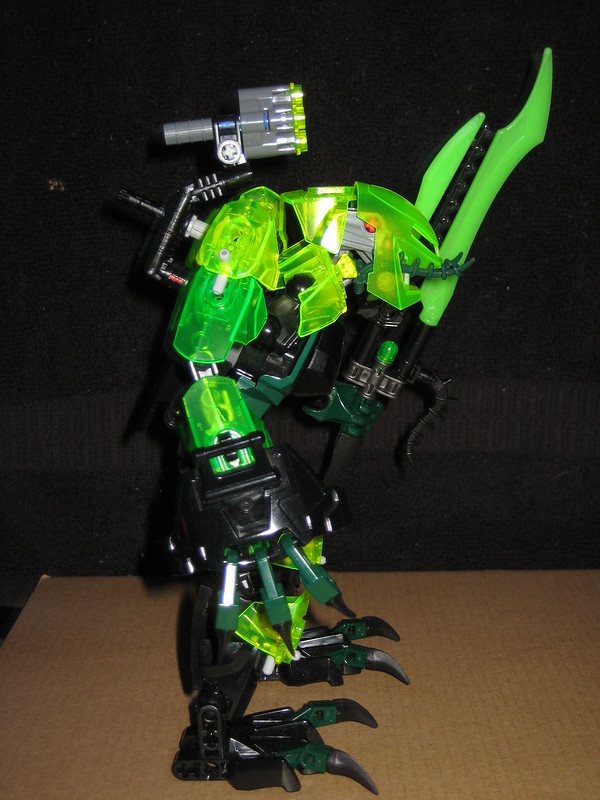 I wanted to go for a definite 'infected' look here, and I hope I accomplished it well enough.

Skull Sprinter: Next we have an moc I dubbed Skull Sprinter. I had recently gotten Skull Grinder and had the trans-orange/red? mask of fire, and I thought 'Heck, might as well make an moc using the mask'. I know the older silver on the shield doesn't blend so well with the newer silver, but dangit I loved the aesthetic the pieces added with the axe bits so I didn't give a care about that. Also involuntarily made a Gali-like gearbox. Hadn't owned Gali at the time so pleasant mistake. 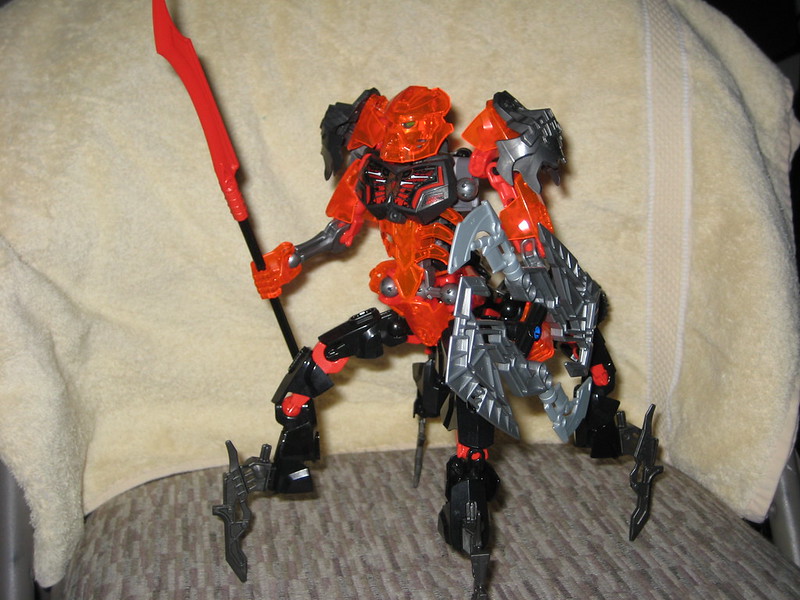 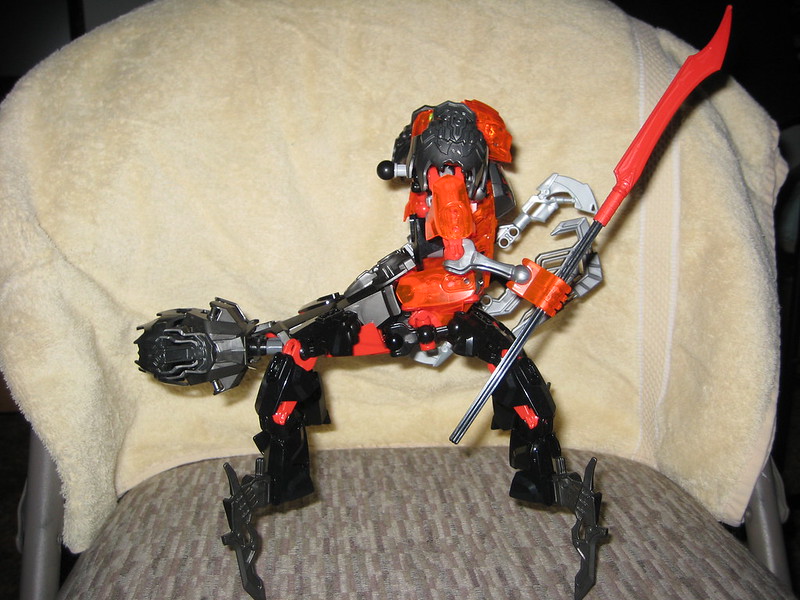 Also yes, the lower-half isn't supposed to be horse like, but more spider like, hence the pointed legs and weird tail bit.

These last two are fairly simple, not saying the others weren't. One was a homage to surge, the only hero from hero factory I can say I had any real interest in, but specifically his AFB, form. I tried to add colors from his multiple forms into this one. Also fairly proud of the blaster, even if it's not the best. 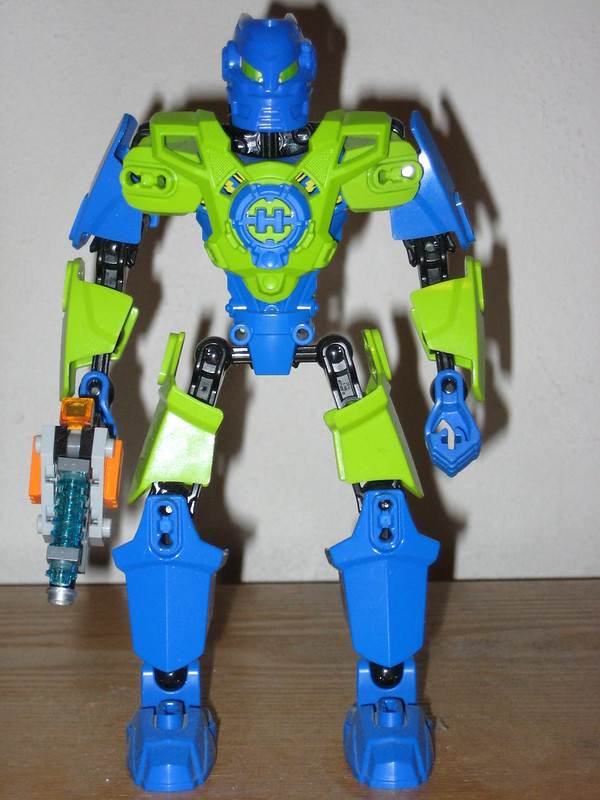 And next we have the Okotian Guard. I wanted to go for a Ta-koro guard vibe, but on okoto. Also was made of leftover parts from another moc that used alot of Kopaka's and PoI's parts. 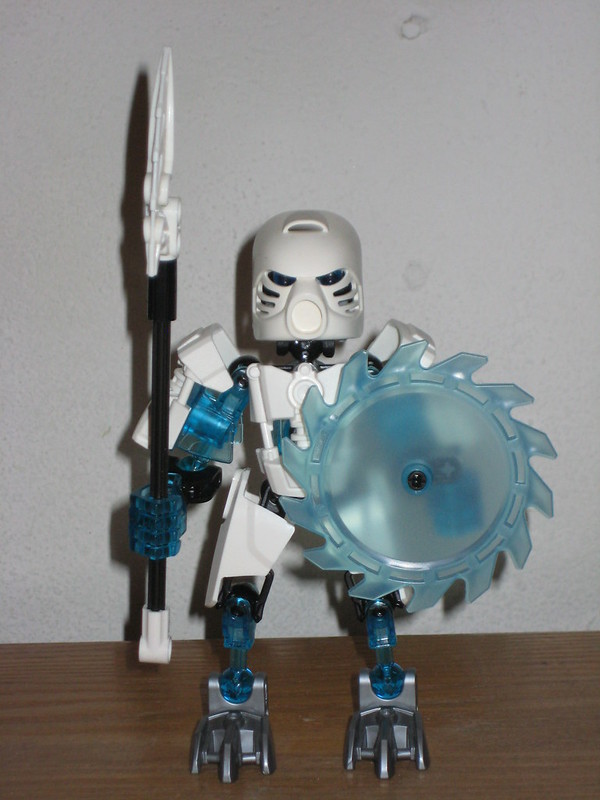 And here is the obligatory flickr link. None of them have their own albums like some of my other mocs, because as I mentioned earlier, weren't important enough in my eyes to warrant individuality. Instead they are lumped into an album titled 'Mocs' but other angles and shots of them can be found in it.

And if you have read to the bottom of this, thanks for taking the time. C&C is welcome.

CAREFUL! That looks very similar to my Self-MOC (Although mine has more chains and bulkiness than this). Please don't steal my body...I kind of need it.

Skull Sprinter reminds me of the Spider Monkey from Spy Kids 2.

Lewa Hordika has got to be my favourite but they are all quite nice.

These are actually pretty cool even with how simple some of these are!

Sorry mate, but I don't think I've ever actually seen your self-moc before. To be frank this is just a basic protector of ice build with changes to the head, shield, legs and spear.

@LQ1998 You know, now that mention, I do see a similarity between the two.