Windchill is a warrior from the village of KoTora.
As a warrior of Ice he stay cool and calm when battling but prefer to try and use his mind to win battle’s and words rather then his ice sword and and shield 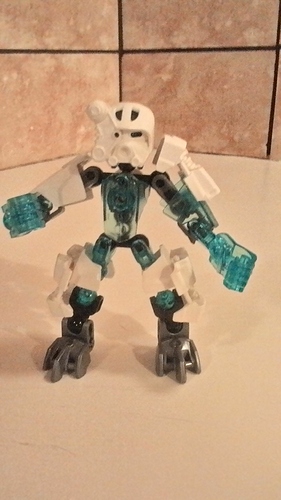 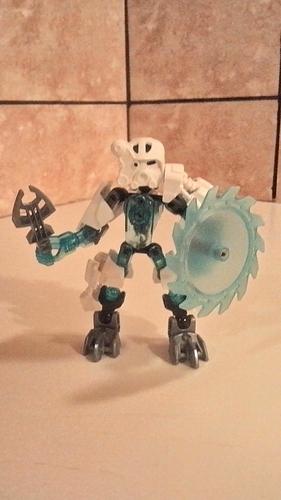 P_20160115_220022_HDR.jpg1440×2560 476 KB
He like with 5 other warriors he is also one who trains and help one of the six Toa to control there powers and find the special weapons of transformation.
Windchill like Burtax and Airnin is able to change his weapons into other forms.
The form he normaly use is the Sword and shield form. 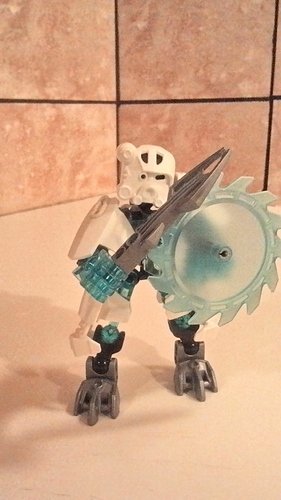 Thanks to Windchills resistence over cold he only use little to non armor as he feels that less armor make’s it better for him when moving around and because he can withstand the cold weather around the village of KoTora he knows how to lure his opponents into giving up trying to hunt him down as they most of the time have lots of armor on to keep themself warm in the cold weather. 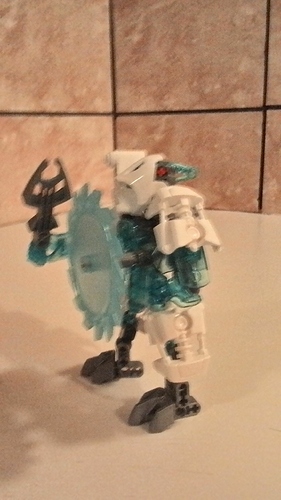 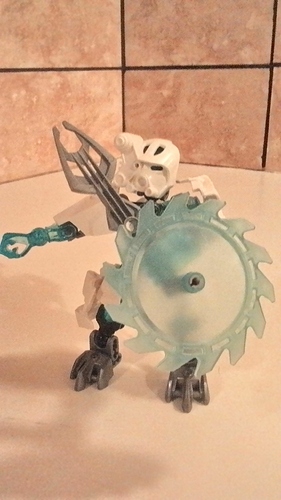 Or into a Ice gun that he use to shot small ice bullets around his opponents when in a blizzard to making them belive there are more then just him around them. 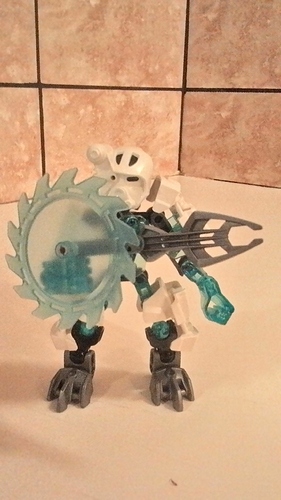 So this is Windchill or as I like to call him my selfmoc if I where a protector/warrior in the world of Bionicle. And in that case he would be known as Kazuma ^^ 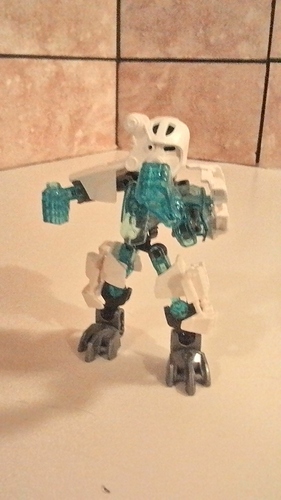 P.S I know some photos are blurri cant really help that.

Very simple, but nice. Nothing to really write home about.

A bit empty around the mid section but overall not bad. I love the name.