What summer 2017 set are you most excited for?

Whether it's from Star Wars or Ninjago, what set do you want the most from the Summer 2017 Wave of sets?

Same, 'bout to have a funeral for my wallet

Although the Bounty Hunter Speeder Bike Battle Pack is a less than desirable set for armybuilders (a.k.a one of the bigger buyers of said packs), the minifigures included in the set look fantastic! Bossk, Dengar, and IG-88 might've appeared in a few sets before, but the previously mentioned products are mostly expensive and somewhat old so it's nice to get them in a rather cheap battle pack. However, the fig that really sold the set for me was 4-LOM, a character who's been mostly neglected in the theme's 15+ year run. The speeder itself is alright; nothing to really rave about.

Darth Vader Transformation is another SW set I'm really excited for, although for a different reason. My first LEGO set was the first iteration of the DV transformation, all the way back in 2005. It's the set that really kickstarted my love for LEGO so it's going to be kinda cool to place my first set with what at that point is going to be my latest buy. As for the set itself? I'm really lovin' that function. Sure, it's been used to death with stuff like the Carbon Freezing Chamber and the previously mentioned '05 DV transformation, but it's a fun little gimmick that works pretty well. The three droids included are pretty well built, ESPECIALLY the medical droid.

It looks like Two-Face Double Domination is going to be one of my personal favorite TLBM villain vehicles. The excavator looks great with what appears to be a really solid build too. The asymmetrical color scheme really works well with the Two-Face minifigure, as well as the stickers used to give the rougher side more character. The bike isn't the prettiest thing I've ever seen and kind of looks like any other Batman vehicle released for the movie, but eh, it's fine. The minifigure line up is alright. As with any other TLBM set, Batman is included. There's also two GCPD coppers, both of which looking mighty fine with their bulletproof vests. The best fig by far is Two-Face though. He was one of my favorite character designs in the movie, so it's going to be nice to have him in my hands.

When I first saw the Jungle Exploration Site, I didn't really think much of it. However, after a second, third, and fourth viewing of all that lays inside this set's box, it became one of the sets I'm most hyped for. The minifigures all look swell, as to be expected in the City line. A total of five vehicles come in the set: two automobiles, a motorcycle, a helicopter, and a canoe. The cars both look fine. Not really a selling point though; Same for the bike and heli. But that canoe... I don't even like canoeing, but man... That canoe... It also comes with three "animals", a really nice-looking cheetah, an awesome flytrap, and your everyday, run of the mill crocodile. The REAL meat and potatoes of the set lay inside of the main structure though. As mentioned before, when I first saw the exploration site, I didn't give it much of a thought and continued to scroll through the list of sets. But upon a second viewing, I realized something that really sold the set for me, "Oh my holy mother of Ricky, this is an Adventurers set!" It's not actually meant to fit in with the universe set with the Adventurers theme, but (either intentionally or unintentionally) the designers really nailed the feel of the original line and gave it a nice little gloss of modern LEGO. The crashed plane looks really cool. Love how that was done. The river next to it adds a bit more to the setting they were trying to create, as well as giving the canoe something to sit on. Finally, there's that extra hot with lemon sauce shrine. Now I have no idea what one thing really led to my love for it, but wow! I love it so much...

Now I'm just going to list some of the other sets that I want, but I'm not super hyped for:

Probably the Ninjago movie sets, if they count.

I honestly haven't gotten Lego sets regularly for a long time. I got a few of the 2016 Bionicle sets but before that... I can't even remember what I got. So I'm at the point right now where I don't even know what's coming out. Time to change that...

The Star Wars buildable figures, the City Jungle Exploration subtheme, and the UCS Snowspeeder, if that counts. (But I'm really disappointed in the Nexo Knights line up for the summer.)

That granny fig is hot

That ping pong table is hot

That crate is hot

Even as a pan-sexual, this disgusts me.

Anyways, I'd say the Stormtrooper Commander or the Scout Bike simply because of the parts and iconic molds. I'm not looking forward to any of the sets though, except for the Ninjago ones I probably won't be able to buy since I'm working up the cash for the stellar Hands of Time wave.

Anything that's affordable, looks good and has helpful or irregular pieces.

I hope Bionicle stays dead for a few years.

As a pan-sexual, this disgusts me.

Wait, you do what with pans?!

Looking forward to the Duplo sets. The new toilet seat in the Family House intrigues me. 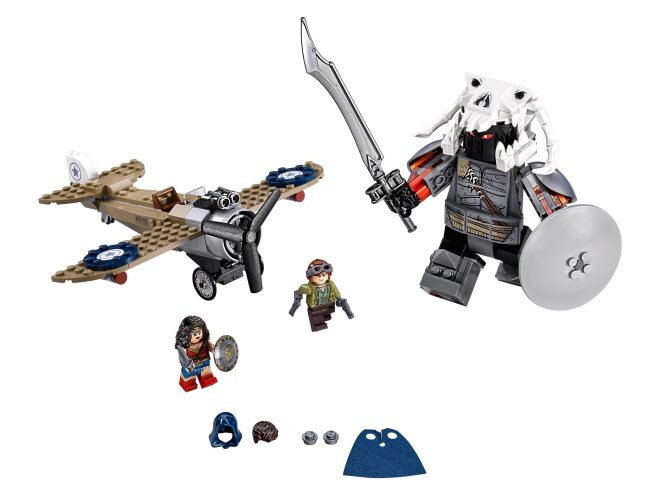