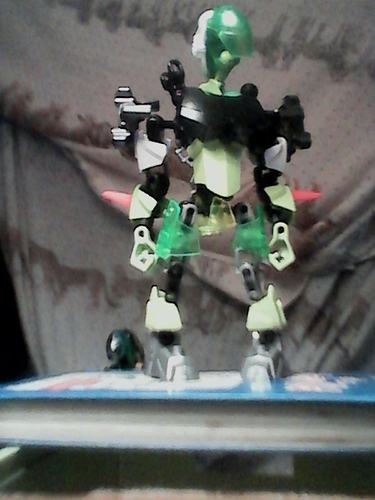 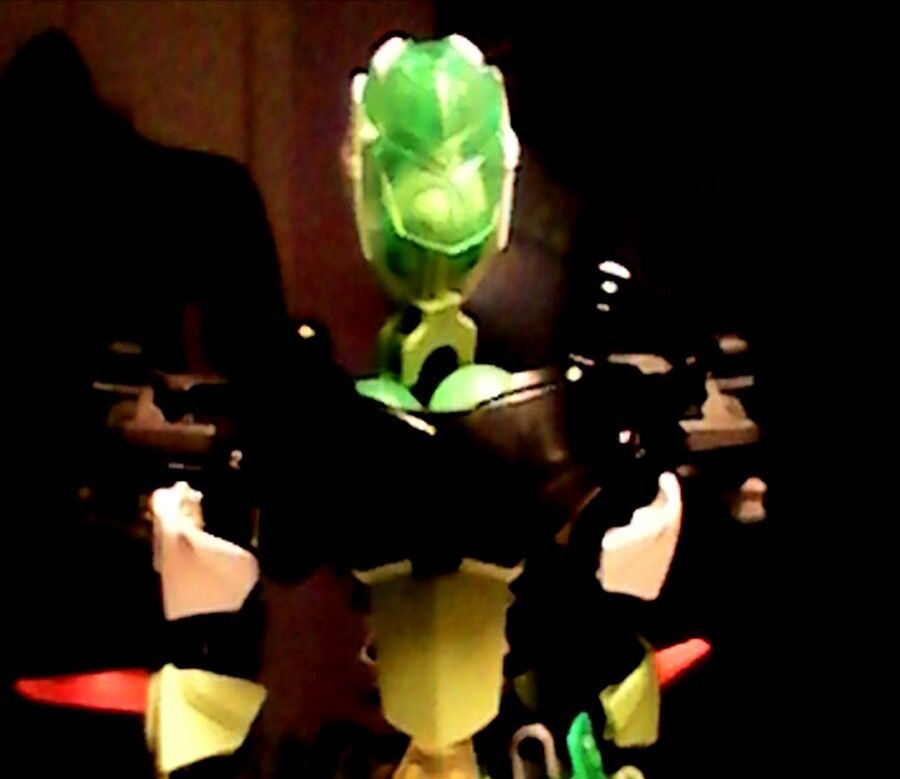 i wish the pieces would look smother and have a flow

also the colors are all over the place and generally look unfinished.

also what is up with the zamphor spheres

you probably need to redo this one along with the others to.

the Zamor Sphere “cleavage” most likely.

I’m more bothered by the open CCBS bones on the back and the poorly armored lower legs. I really don’t mean to come off like a jerk, but this should be re-conceptualized… like really

It’s supposed to be like power radiating through heer

Normally, somewhing akin to a power source would be affixed to the back, maybe over the shoulders, etc.

I’ve never seen them affixed to make them look like the user is waring a tanktop that’s showing just a bit too much cleavage.
What I’m saying is that you don’t need to show breasts or bums to show that a character is female.
Case and point:
Protector of earth.
http://cache.lego.com/r/catalogs/-/media/franchises/bionicle%202014/characters/images/character%20top%20images%2016x9/70781-protector-of-earth-top-image.jpg?l.r2=-533864456
As you can see, you don’t have to have things like breasts or butts to have a female character.
Hell, look at my Gali Nuva revamp: 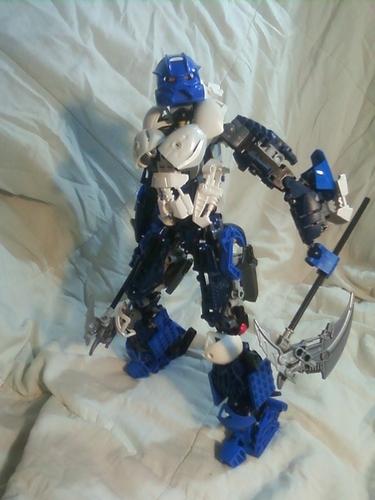 There no back veiw

yeah, I look at the chest cannon with a whole new perspective now 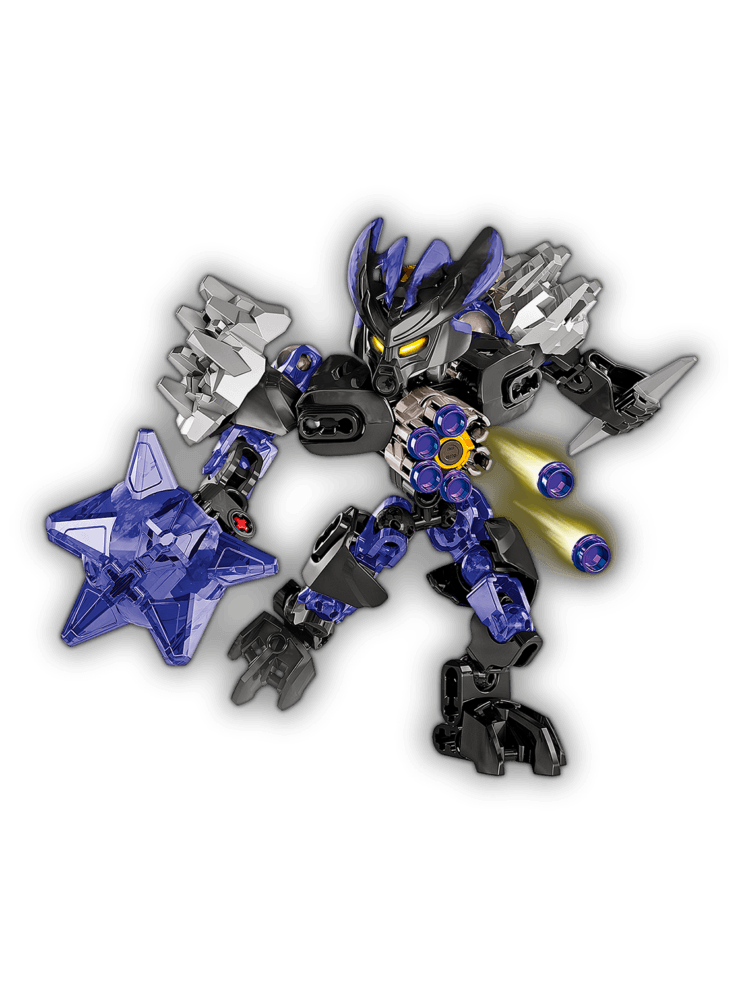 Korgot was the Protector of Earth and the elder of the villagers who resided underground on Okoto. She is the only female Protector. She protects her village in a position inherited from her father. When the Skull Spiders threatened Okoto, the...

Wow… uh… I don’t see how this one is over-sexualised. You’re getting better and better with each one! This one looks feminine, but that’s not a bad thing since the femininity doesn’t look awkward.

The whole thing could be a little smoother, sure, but that could be worked on over time, making addition after addition to make it look a little more aesthetically nice each time! (Also, if you have any open ball joints, there are a few ways to armour them up to look less awkward.)

Also… Korgot to me looks very masculine, just because of the shoulders. Buff guys have big chests too. Korgot is a pretty awesome gal though, and props to the Unibeam. (And that Gali revamp definitely has some Rakshi boobs so I don’t think it makes much of a point, and is more an example of the feminizing build done correctly [and what a pretty build that Gali is… the engineer in me is loving all of it]).

The whole thing isn’t colored all that well, not armored that well, and feels jumbled. 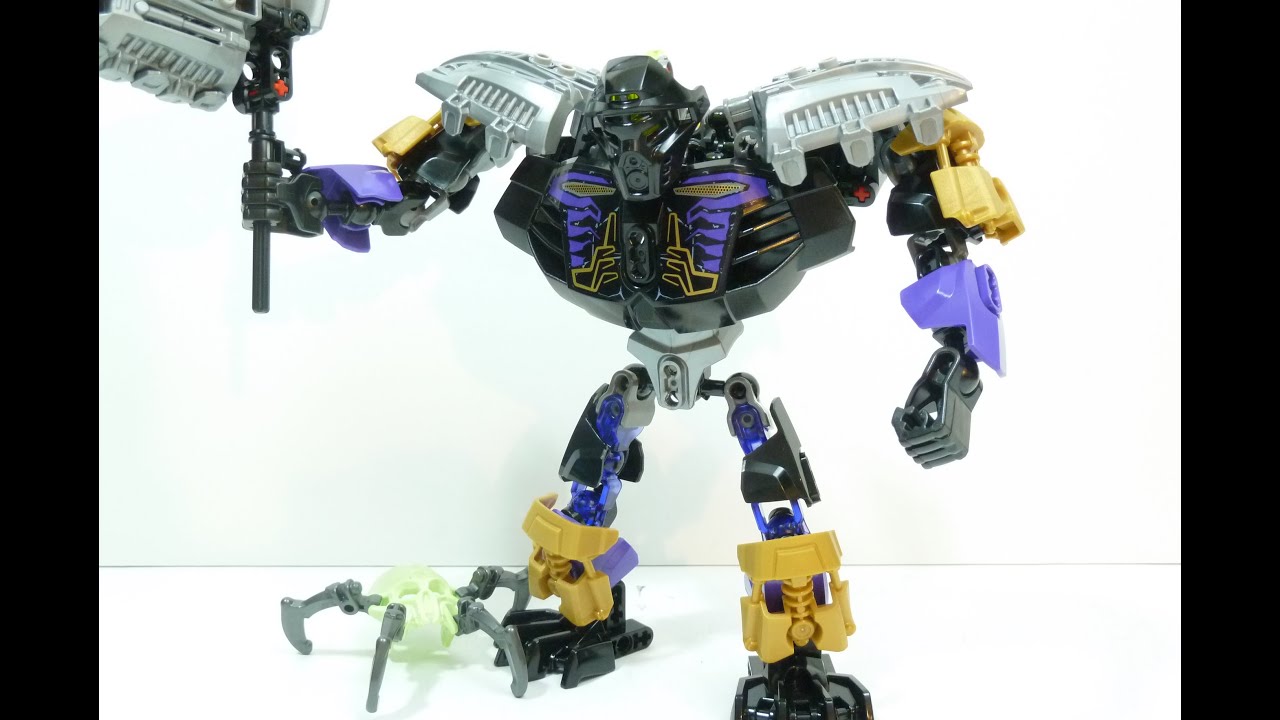 Shall I say, imitating their partner?
Like, say, Protector of ice and Kopaka’s shields?
Or Protector of fire and Tahu’s flame swords?

Pardon my asking, but what kind of name is Whootley? I can see the Whoo part matching up with “Wood” as this is a Toa of nature, but other than that I don’t see how the name gives off a nature vibe. The name doesn’t have to be themed around your Toa’s element, but it is a good idea to do so from what I have observed.

Better pictures?
Ok, this thing looks stupid. Zamour Sphere cleavage, while freakin hysterical, is just really bad looking. The proportions are bad, it’s too gappy, I don’t know what that head is, the colors are sloppy, and it just… looks unfinished.
Fill in the gaps, fix that neck, and just generally make the moc flow better would be my advice. I dunno if you have the parts to do that, but if you do… definitely give it a shot

So, ignoring the zamor spheres, the colors are all over the place, especially the trans. the legs lower legs look very under armoured, and the upper arms don’t fit with the rest of the Moc at all. I’ve also noticed you make necks to long on some of your mocs. and

Ok just gonna point something out here. Constructive criticism is great, but a lot of people here are just attacking the MOCs rather than suggesting any fixes other than “make this bit better”. Either don’t criticise, or actually be helpful rather than just confrontational.

Now. That’s out of the way. I’d perhaps suggest storing the Zamor spheres on the back, and perhaps using a more customised chest with different shells to create that feminine appearance you seem to be going for. Not like the Lava gal though… that went a bit far and made her look incapable of near any combative activity. Perhaps use bigger shells for the limb armour too, so it looks more finished. As for the open ball joints… try to wrap them up in some armour.

@Nitro-Nynrah most of the criticism is called for, while I can see were you are coming from, I’m not even going to try to talk about the picture quality, but ill use the top pic for reference, I would recommend to try to not use the hero factory build if your looking to make a more feminine build. don’t put a piece on the crotch, it doesn’t look right at all, I used to do that, and it doesn’t look good. if its a toa, I would recommend using a 2015 toa mask, the zamor cleavage, as I know you’ve said its supposed to be a power source,though it definitely infers something different. plus, toa don’t have a power source as they are not robots, but I would recommend putting it on the back.