After the team gained a drastic change in powers they went searching each other as they had been separated, but they had a new threat an alien (Rayne) and an assassin (wolf knight) who were coming to defeat the heroes but they had a lot more on their hands than that after a battle in a land by the name okoto affected the fabric of time, a new mask appeared the mask of control a remain of makutas power, but not the old teridax from their timeline but a descendant, brothers with mata nuis descendant, this mask was a danger to anyone who wore it and it was soon to be in the hands of the Frost king and kulta along with the mask of creation. Eventually death rattle would kill kulta and frost king and wolf knight and rayne would take the MO control and the the X squad would meet a new foe, Diarus. 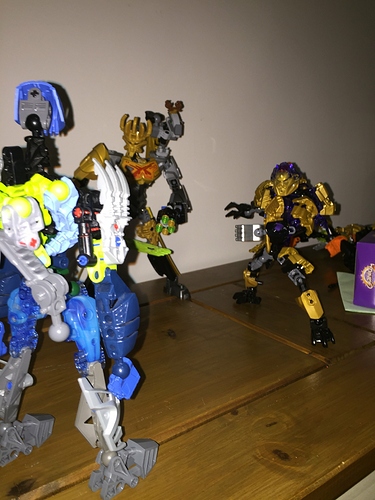 Diarus would be discovered as the strongest in the universe, and not even in his rage mode could death rattle hurt diarus, but carrying on the team after facing wolf knight and rayne, the X squad locked the MO control away in a vault, but now it’s been per a year and the pre rilovia era begins, now giganite has to watch his back for scorpix the bioformer hunter. 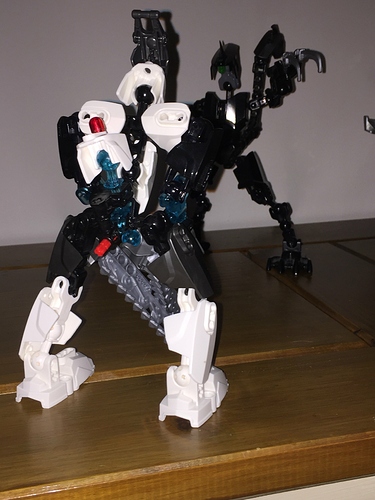 Giganite wasn’t close to Scorpix in power but he had the others to help him and after Titan and death rattle disappeared, they had to train to take down scorpix and more strange threats that would appear, but they weren’t alone, the had help. 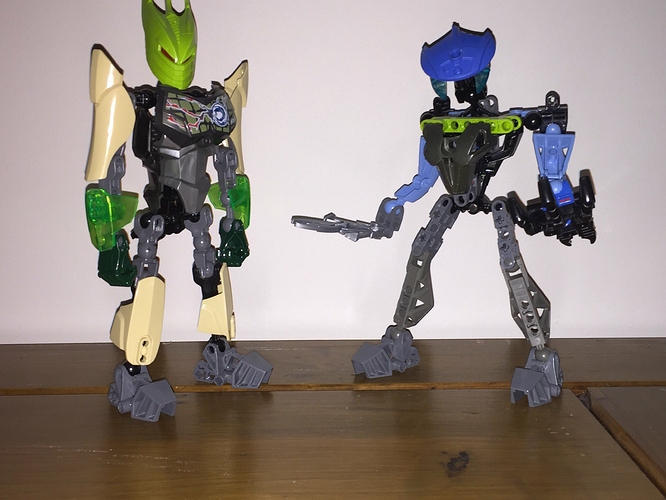 Graxx and Rex saurusse were space police and we’re helping the team as unofficial members, the team had never been so powerful afterwards, but before Titan and death rattle arrived the team would have to face a threat much bigger than just an assassin.