I got so hyped I fell out of my chair.
Literally.
ZZZX95

I went “Oh, cool. Wait… I thought Hero Factory was getting replaced by a NEW theme. How is Bionicle new?”

I was surfing on the net when, just for fun, I googled for Bionicle 2015 and saw the very first leaks. At first I thought, Wow what a great photoshop tricks, then I noticed the other leaks and clicked on it as it led me here, where I actually happen to discoveries about the actual return of the Bionicle and that the Original Toa team will be in it. I was like: "BIONICLE IS BACK! YES!!!

Then, when I learned about the ending of it, I was immensely sad and dissapointed. We all were.

When Bionicle returned/when I found out about the leaks: “Bionicle’s back? YASSSSSSSSSSSSS”
When I got the first book: “Meh, this is alright. It’s kind of just the 2015 animations in book form.”
When JtO was revealed: “HYPE HYPE HYPE”
When JtO came out: “This is good. Not great, but not bad”
JtO season 2 comes out: “Bionicle is Care Bears now?”
Bionicle G2 gets cancelled:
https://www.youtube.com/watch?v=eCiFO7qV54E&index=8&list=LLwa0WdE_5Bx75uRtLLY_xcQ

My mind was blown, I so excited for it coming back my voice cracked, on that day.

When the first leak came out:

I was pretty mellow like usual, I just went “Oh, cool.” 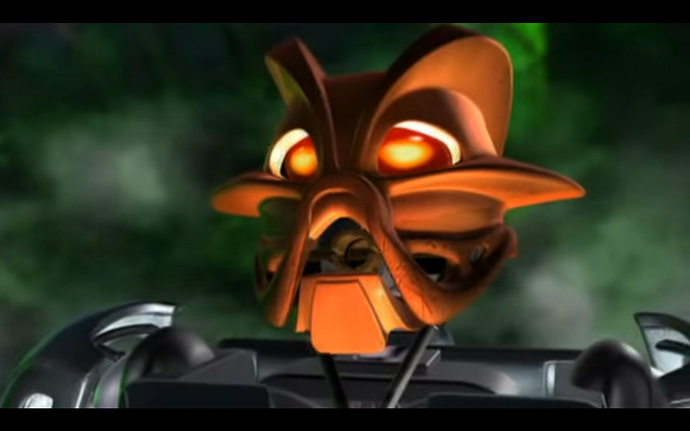 “They better not screw it up” was my only thought at the time.

Funny as it was, when G2 was first leaked, I got a message from SteveTheSquid with the SolisMagna.com crew, saying: "hey, the first shred of evidence that Bionicle is coming back has arrived. It ended up being the blurry picture of box images and serial numbers that was leaked in late June of 2014. My reaction?

A friend of mine wasn’t particularly surprised in September when TLG made the announcement. “I mean, we always knew that it would come back someday.”

That’s the kind of thinking that’ll bring us a G3.

When I first caught wind of the G2 leaks with TTVs video, I went into a state of dumbfoundedness. “I never thought this day would come” I’d have thought. Still, I was suspicious and pondered the likelihood the leaks were fake.

But the day it was announced to be true in August, I was all aboard the hype train, anticipating the moment the sets would be released in December.

I leaped onto the Hype Train the second the leaks started showing up. Count me in! I wanna BELIEVE! I thought. I’d given up about a year prior, so that was more than a nice surprise!

When I saw TTV’s report on G2’s cancellation, I truly could not believe it at first. G1 lasted for so long, I thought that G2 would at least last 3-4 years, maybe even 5 if we got lucky.

Me:
“Meh, okay. Yay I guess.”
I tend not to get too excited about things.

Since i discovered quite a bit late i was “hey, a new oportunity to get as much pieces as i can”, but Wave one was sold out and Wave two wasn’t arriving in my country, then it got cancelled and i raged like nevere before

Everything related to this.

Seriously? I have to buy them all.

It was Christmas I was going to the lego store and then realized Bionicle was back. Still, don’t know how I didn’t know about G2.