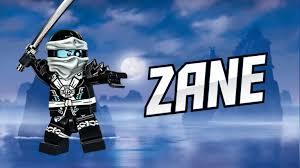 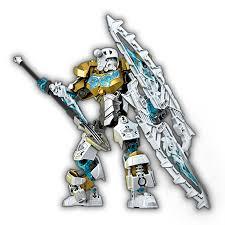 Pfft, I don’t see a similarity. What’s next? Are we gonna compare Kopaka and Zane to Stormer?

I don’t really see a similarity.

Your argument basically is: they’re both white and have Ice powers. I guess that Kai is similar to Tahu and Furno and Nya is similar to Gali.

Sure they’re similar. But does it matter in any way? Nope.

I found another connection

Seeing as how we’re comparing them by ice powers.

Zane has more in common with Matoro. since he was a martyr and all

just as superficial as the similarities you brought up

But Zane is alive and Matoro isn’t.

and that the OG did in fact die on that day

Zane’s only part of his past life is his memory. That memory shaped his personality. He’s the person Zane was when he grew up thinking he was human, but still a Nindroid. Zane is just a clone.

Edited title for caps ~Not Chronicler

@Omega_Tahu Zane is the only robot though

Zane is the only robot though

True, but that’s purely a coincidental, and it’s still not that strong of a connection. If lego wanted they could’ve made a much stronger connection, like personality traits, and fears.

If Lego wanted them connected they would be already. Plus white with silver or gold Is a good color scheme for ice. This sounds like you think they’re the same character.

Honestly, Zane’s more like Matoro; they both were martyrs, had proficiencies in intelligence (Matoro was a scholar, after all.), and take up the category of loner (TBH, I recall that both their characters happened to enjoy working with their respective teams, but I know Zane did more than I did Matoro). Aside from that, there’re no similarities after that.
Zane and Kopaka, however? Those are two absolutely different characters. It’s like comparing Luke Skywalker to Link; being protagonists of the same concept doesn’t make the characters nigh-similar.
(Oh, and LEGO tends to reuse story elements all the time. Keep that in mind ;))

Edit: you mentioned having personality. Yes, because every character in both Ninjago and Bionicle have no personality except the OG ice-elementals. Yep, Lewa’s dull as a rock, and Jay just runs around and fights.