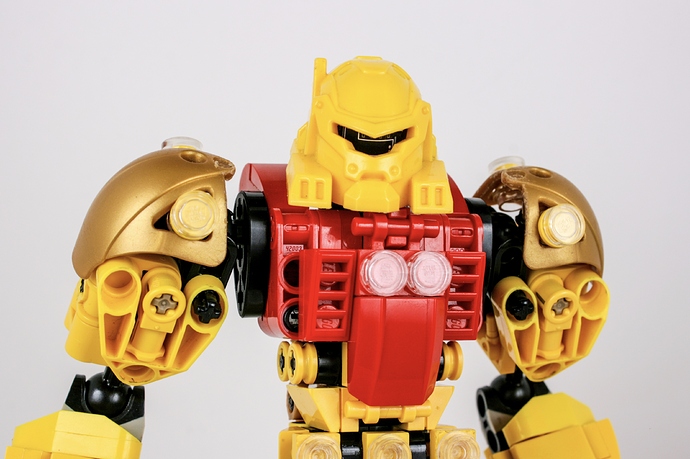 New year, new Zeren! and this time he’s… Red? yeah thats new. It was certainly not where I saw this MOC going when I set out to update him. Speaking of updates, while some might be obvious theres plenty that aren’t, so I’d like to go down the list of changes since the last version way back in June of 2016. Incoming giant wall of text.

Zeren, while I no longer see him as a self-MOC, still means a lot to me, and I wanted this MOC to reflect some of my interests, and what inspired his creation.

The most obvious inspiration for Zeren is Samus Aran, and while building Zeren red, as I’ve taken to calling him, I needed it to show. My first thought was an big-ol’ arm cannon, but it felt out or character for Zeren and too on-the-nose to be a proper homage. Instead I decided to look at the colors of the Chozo Power Suit, and found the answer. Red.

Next, I decided to pull from Halo for some inspiration. While I never really grew up with Halo, I’ve always loved the concept art of the series, as I love space marine designs. Zeren has always looked like a soldier, so I looked at every Spartan I could find to get the right designs. From those designs came the feet, the shoulder mounted lights, and the shape of the red armor.

Color played a large part in the creation of v11, and will be the biggest focus going forward. The layers go, from bottom layer to top, as such.

I’ve followed this rule consistently and only broke this rule if I had no choice. for instance the waist. Those small liftarms don’t come in yellow yet (or I can’t get any at least) so he’s stuck like that until they make them or I come up with a better design. The golden rule here was to use black as the bottom most layer, so that the rest looks like armor being worn. The only time I wanted black to be clearly visible, is where a joint would be. I think it shows and I hope you all like it.

The final update that I want to talk about is the introduction of translucent pieces. I see these pieces as floodlights built onto Zeren’s armor, which he can use to channel his elemental energy. The lights were added originally only for his back on the shoulder mounts, as a Halo reference, but I added some to his belt, chest, and Nuva armor to make them a motif rather than a greeble. Lights on the Nuva shoulders were inspired by Samus from Prime 3, but the design comes from MrBoltTron’s brilliant MOC Blythalis.

There’s plenty more to talk about but I think I’ve said enough. Special thanks to L.A. Miranda for all the feedback on last year’s Zeren. I kept it in mind when building this version and It looks so much better.

If I could kindly ask all who see this for a little feedback, even if its minor I’d love to hear it. I’m always blind to the faults of my MOCs until someone points it out, and you guys help shape this MOC so much.

Thanks for reading, I hope you enjoy this new version of Zeren, and hopefully you’ll see a new and improved v12 this time next year! 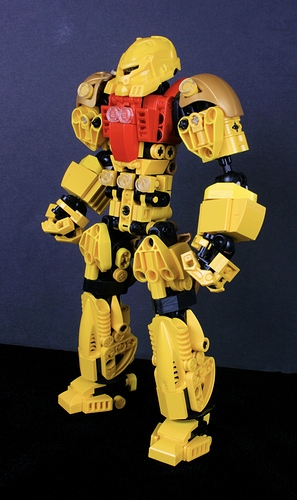 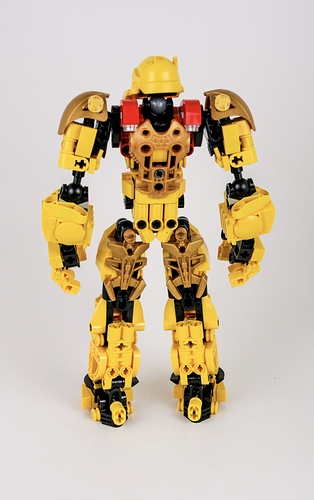 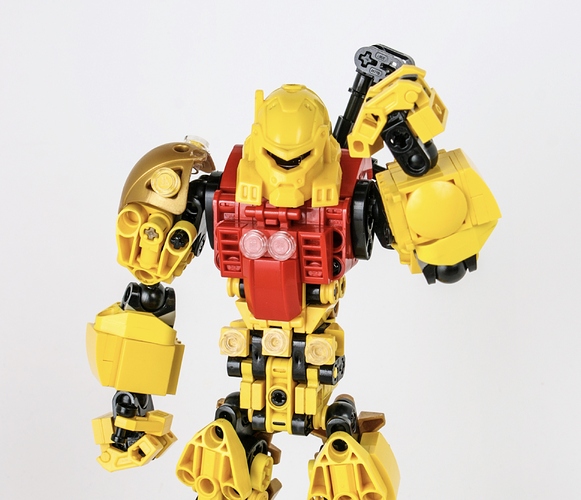 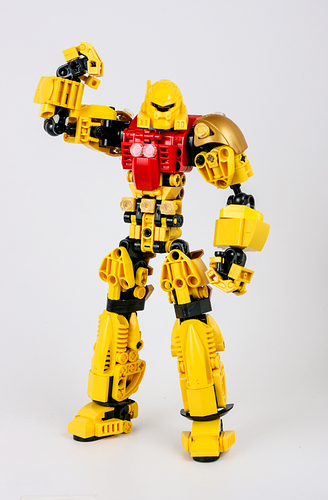 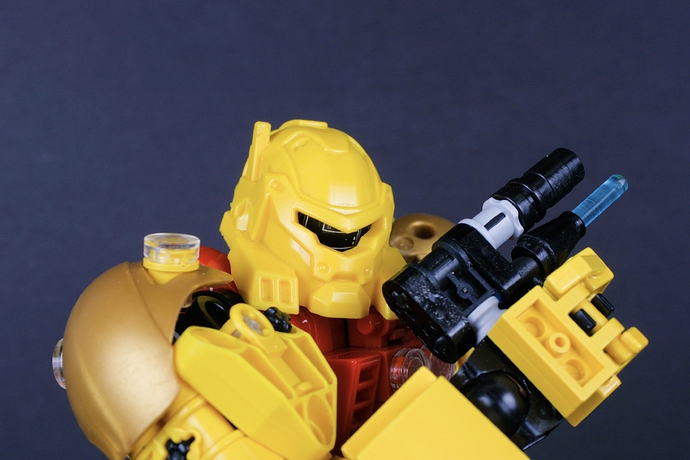 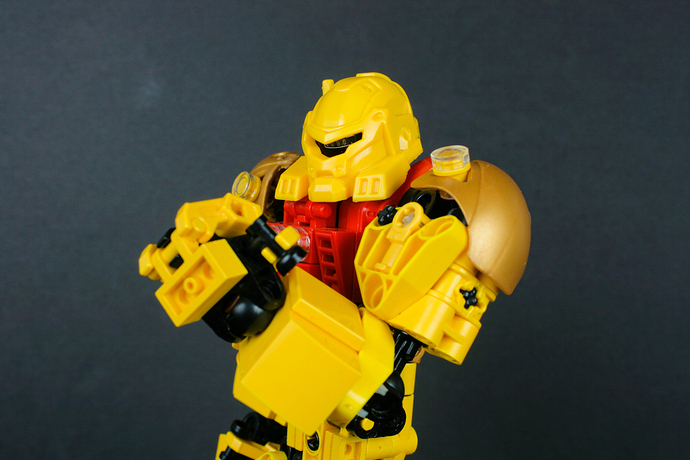 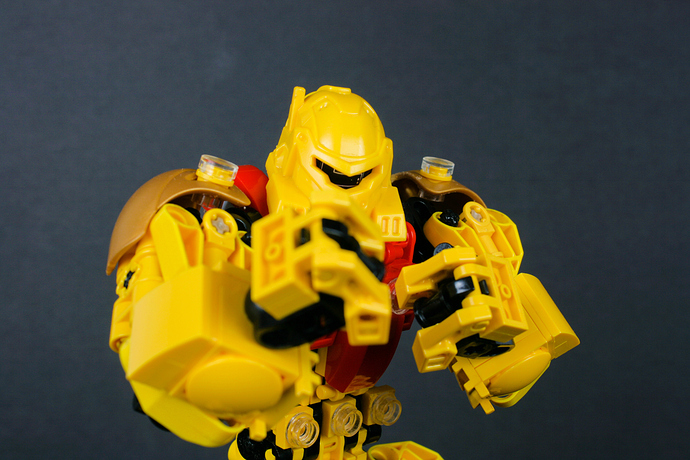 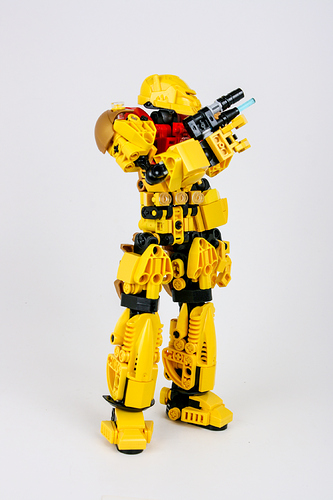 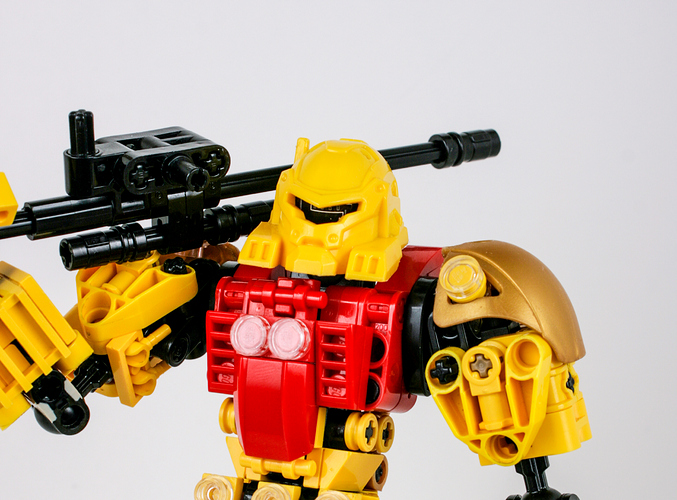 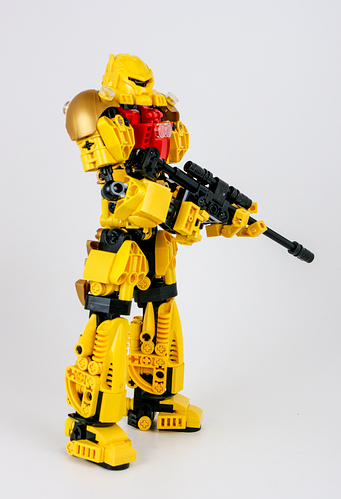 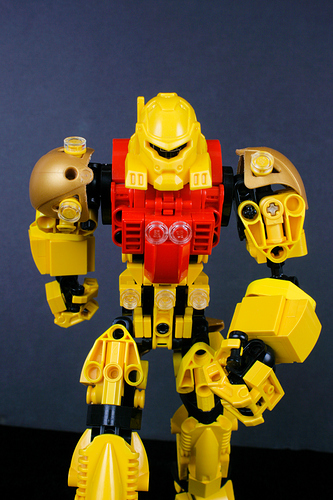 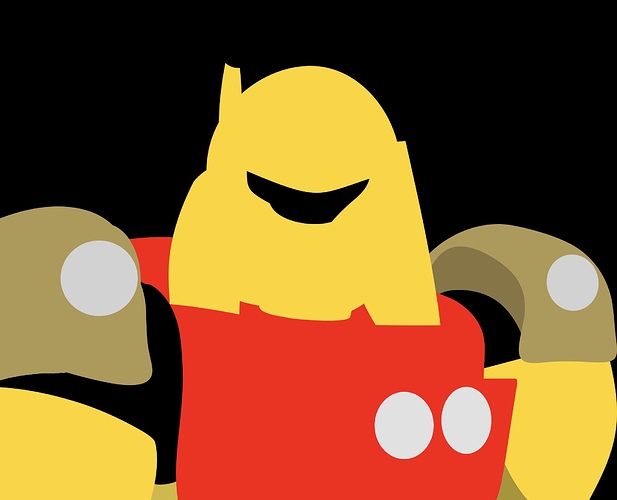 Looking good! My only real gripe would be that his neck is a tad short, and can lead to some awkward poses.

Nice job with this one. He could use a pinch more red somewhere else other than his chest, just to help balance it out a bit.

“Hello, I am the selfMOC of CheesyQ, as such, my torso is a Babybel”)

The gold pulls the moc together very well.

It could use more red but still looks great

I can say, for a MOC that doesn’t use a drop of CCBS (minus the mask), it’s stellar. That said, things do get a tad blocky, mainly in the transition from upper to lower arms. However, the system pieces really help shape things out, especially in the torso.

In regards to color scheme, I love the red. I can see it’s Samus inspired, and it really works well here. The only grip I have is that the front could use just a tiny bit more gold. I think that would make the color more consistent.

Overall, though, it’s a great MOC!

Wow. I’m not even sure what else to say, really. This just looks great. I guess my one comment is that this is a place where you could and perhaps even should use red axles. It would allow you to bring just a touch of red to the limbs. But still. Wow.

Actually I quite like the solidity of this MOC.

He doesn’t really have a neck. And the elbow connection is too skinny. And try to add more gold.

I sense a G1 Transformer’s vibe…

toa of mc and cheesse
it’s cool tho

I really like how bulky he is, although the gold could be spread around a bit more.

So glad I got to see the whole MOC. Probably my favorite toa of light