Hey everyone, Toa Ouberry here. I don’t really post much here, but I made something Saturday I wanted to share. A bit of backstory: on Saturday my family went to a Minecraft convention. The age group was about 7 years below me and most of the exhibits were uninteresting except one: the Lego building table. But as a Lego table in a Minecraft convention, the bricks appeared to be dumped from a ton of Lego Minecraft sets, which meant a whole lot of light gray 2x2 bricks, which my Bionicle-warped mind almost immediately connected them to my favorite mask, the Kanohi Volitak instead of stone. Anyways, without further ado, here are the pictures! 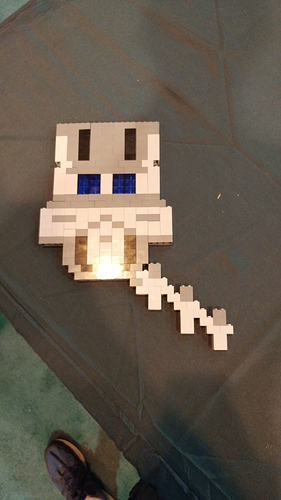 The nozzle thing, sadly, was far too unstable to be kept and I had to take it off. 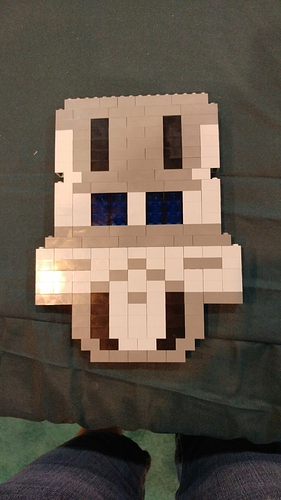 The hardest part was working with a severely limited piece variety. The only 2x4s were dark gray, so I had to sacrifice some stability for color. No slopes either. 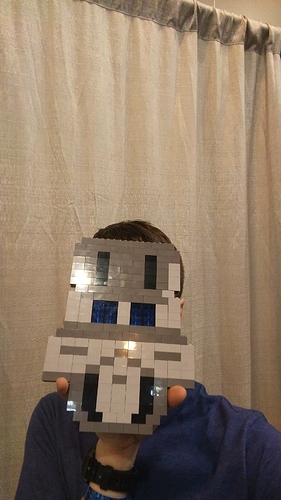 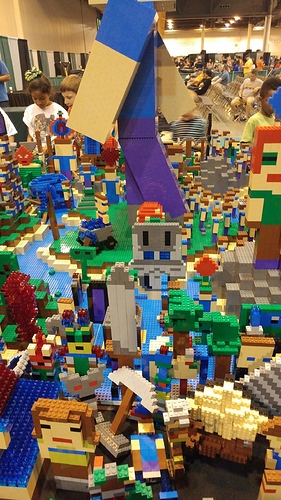 One Volitak among am army of Steves.
Anyways, thanks for checking this out! See ya! 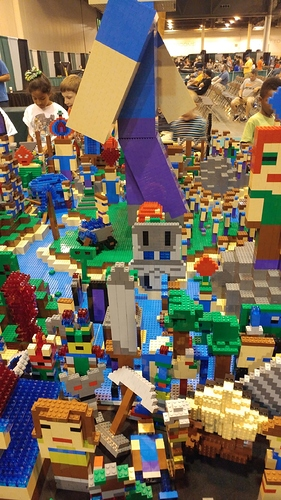 I love how Bionicle fans go to Minecraft conventions and make kanohi.