Hey there everyone! this is my first new topic on here, so i think i should share something special with you all: my Toa Mata redesigns. They are inspired by the promotional image of the early Tahu design featuring what we now know as the Kanohi Vahi. 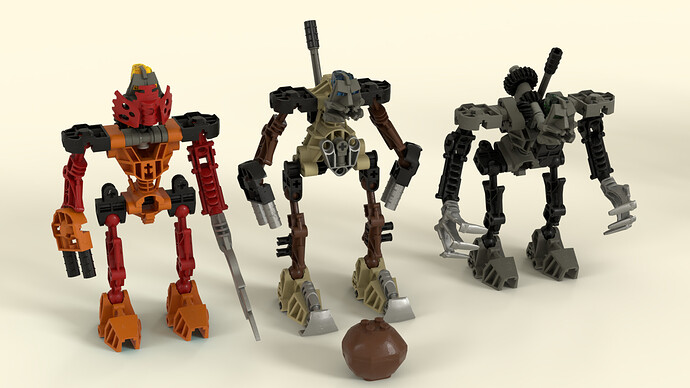 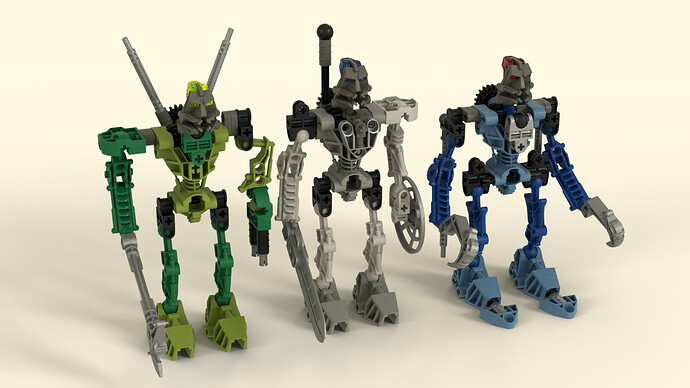 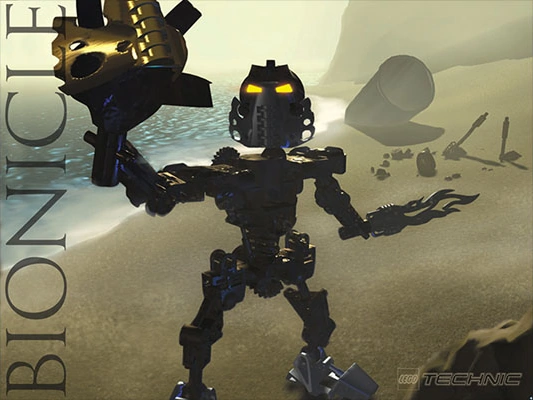 As I’m sure you’ve noticed, I inverted their color schemes. I did this to further differentiate them from their official designs. in addition to this i colored all of their tools silver, their gears black, and their faces dark grey; this was to invoke the colors of the promotional image, without sapping them of all color.

You’ll also notice that i did not include their masks, and only included a red Vahi. This is because we do not know what their early mask designs might have been, besides Tahu, who the Vahi was originally designed for. At the end of this post, i will have a render of them wearing their offical masks, but i did not think they fit the new designs.

Tahu has had his gearbox changed to rotate his head and had his sword arm moved to his left side. (i kinda like the idea of Tahu as a left-handed swordsman) The Vahi has been colored red, because it was always described as being orange in the books, but was colored red when he wore it in the fight against the Bohrok Kal. (i personally prefer the orange)

Pohatu has had his shoulders and arms changed to allow for more mobility. I always disliked the arms he had and was disappointed when his Nuva redesign didn’t change them. both he and Tahu have had their fingers changed to be the axle connector piece, which i like better than the standard axles. Pohatu has also been given a piece of armor to hide his unchanged gearbox, and an antenna, both of which are ideas i continued to the rest of the mata redesigns. i also changed the connector piece in his neck to keep his head from bobbing around.

Onua has probably changed the least, recieveing new shoulders and a ball-socket connection to allow his head to pivot, an antenna, and rotation to his leg sockets.

Lewa’s most important change is his left arm, no pin connections here! i locked the socket with the standard T axle connector and rotated the limb piece, which will give his arm greater pose potential and helping to make him look like a prototype design, with his lopsided shape. he also has a new shoulder, 2 antenna, and a ball-socket head connection.

Kopaka also hasn’t changed much. his new shoulder and arm greatly improves pose-ability with his shield and the armor closes off view to his gearbox, while the antenna just looks cool to me.

Gali disappoints me a tad. while i like the addition of flippers to her feet, i feel that i should have changed her shoulders like i did with the previous toa. i changed her gearbox so that her arms always rotate in the same direction simultaneously, but her head connection is really weird and i don’t know what i was thinking. i will probably redesign her again later. (but first i need to redesign the kaita using these current designs)

Lastly you’ve probably noticed that i changed a few of the eye colors, Tahu has been given yellow to match the promotional image, Gali was given red to represent infrared vision, which most creatures living at the bottom of the ocean use, and Pohatu was given blue because whenever you see the desert in Bionicle, it is almost always contrasted with a blue sky. if i wear to change the other 3 toa’s eye colors, Onua would get neon green for night vision, Kopaka would get pink for X-ray vision, and Lewa would get light blue for the color of the sky as well.

I hope you all like these renders i made, here are the mask recolors i promised 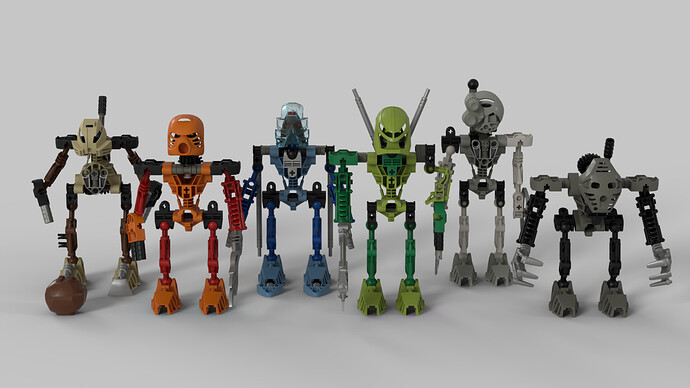 I like Gali’s flippers, and that gearbox rebuild is a clever one. Lewa’s antennae remind me of Nui-Rama wings and I feel like that’s very appropriate for the Lewa Mata design. All of these guys are a cool alternate take, it’s really fun to think about all the what-if scenarios we could have been given.

XD Thank you so much!!! I’m so glad you like them! yeah the recolors make me sweat in the same way, especially the orange Hau. the first time i saw that promo image, i thought “what if they discovered a prototype Toa of Time when they ventured to the Red Star?” and it’s been fermenting in my brain ever since!

prototype Toa of Time when they ventured to the Red Star

This is an interesting twist I had never considered, makes you wonder how he would have died had this been the case

My thoughts were that Artahka had been designing a toa to wear the mask of time and had even made a prototype, he was the original owner of the 6 great disks after all. and then the prototype toa was sent to the Red Star deliberately by Artahka, after he learned that the Brotherhood of Makuta was searching for the mask of time. but this is all heavy head-canon territory

Should try your hand at writing it out!

As I’m sure you’ve noticed, I inverted their color schemes.

Shouldn’t Lewa’s left arm be green with a lime hand, then?

Ah these mocs look nice! Being based on the prototypes certainly gives them a different look compared to the official Toa. I like 'em. Great job

I’ll drop my redesigns of Akamai and Wairuha now that I’ve finished rendering them! 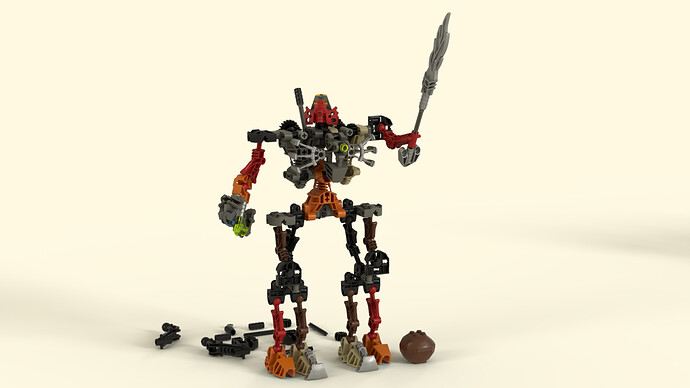 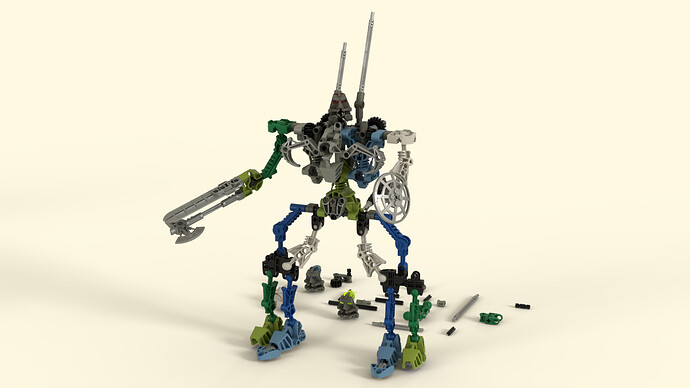 Alright, I’ll post two more renders before bed, since they’re both related to the prototype design. a render of prototype Tahu with minimal changes, and a re-imagining of Takanuva as a prototype Toa Mata as well as a prototype Ussalnui transport. 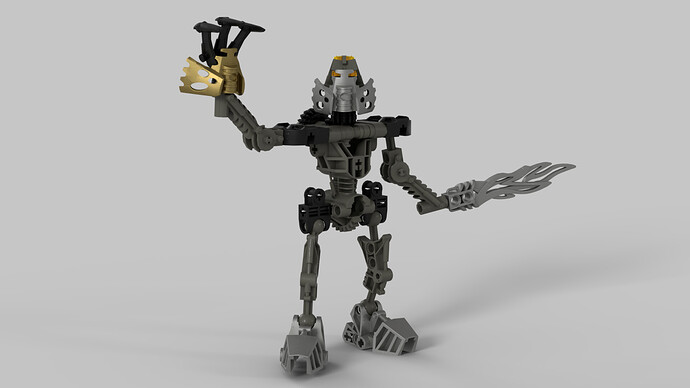 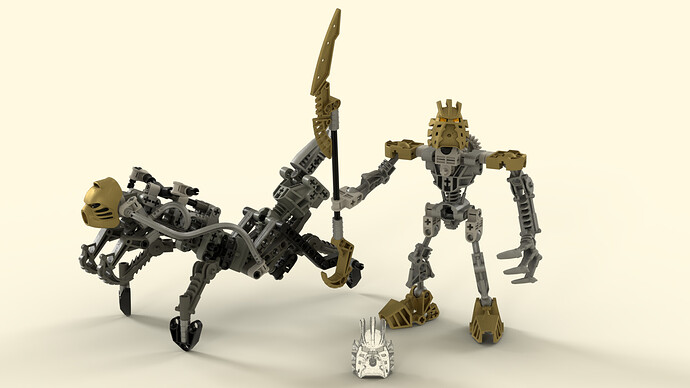 in all of the redesigns i have shown off, i tried to avoid using parts that were not available in 2001, though i might have made a few errors in that regard.

Oh I really like that Takanuva/Ussanui take, I woulda been all over that if it had veen released as a set when I was a kid

Ooh all four of them look really cool! Proto-Takanuva is my favorite.

Man all of these are fantastic! I just can’t put it into words how well thought through these builds are

Thank you, so much!

Hey everyone! In honor of the new system set, i created this system version of my prototype Tahu design, I hope you all like it! 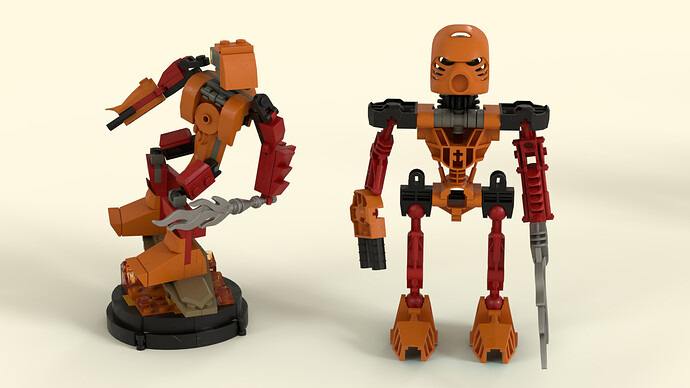 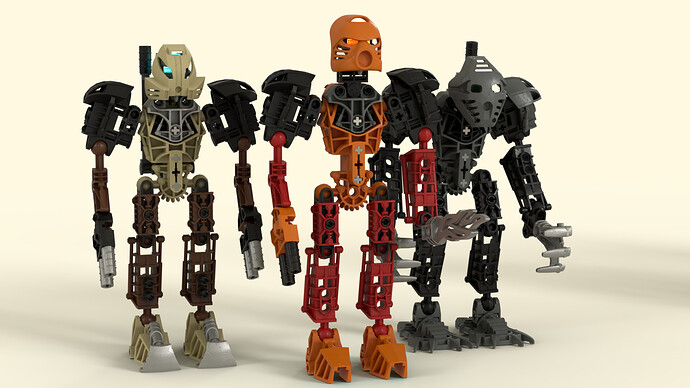 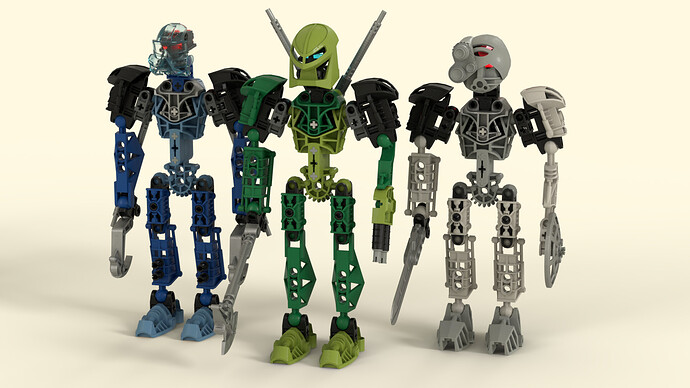 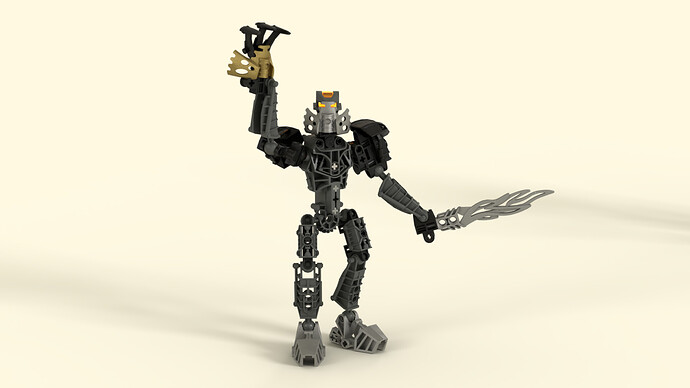 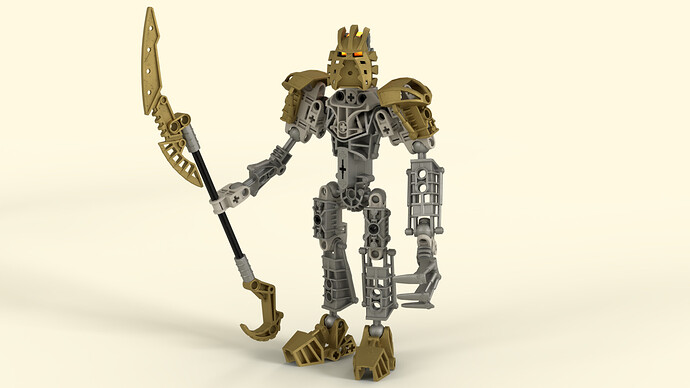