Location: The City Of Jones

The Mayor lies over the many screens, it was once The Beautiful City Of Heroes, the cruel and vicous dictator has put away most heroes for treason, executing them as his men stalk the night, killing those who may oppose him, those who speak against the mayor are arrested, beaten and killed by his secret police, it is a time of great secrecy 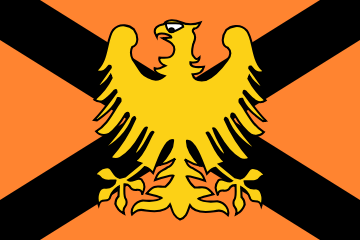 (Let this be a lesson; maybe next time don’t start the rp topic when you don’t even have five people at least. A different name couldn’t hurt either so it’s not so tedious to follow every version of the same rp.)

(I’m just waiting for the RPG to start to be honest so I’m gonna kickstart things RIGHT now!)

Suddenly a TV screen with a video from the mayor blew up!
A pickup truck drove out of the explosion
“WE ARE THE RESISTANCE AND WE RESIST THE MAYOR!” yelled a man on the truck, they were surrounded by robotic looking humans and taken into custody, the men are shown on a news report
“Agh!” Oliver spits “I’m sick of this ■■■■!” he says to his roomate Mel
“It’s not like we can do anything” She sighs “The mayor has a way of making people dissapear…”
“Maybe someone could go against him!” Oliver smirked
“Ollie, he could arrest you for treason just for saying that!” Mel gasped
“Well, maybe I’m a real rebel!” Oliver smiled
“Or a real idiot!” Mel chuckled

Raya watched, smiling as she enjoyed the show “idiots. Thinking they stand a chance” she laughed, laying back.

“I’m not an idiot!” Oliver smirked playfully, he heard a noise “Oh, my younger brother’s texted me!”
“Artie?” Mel asked
“Yep!” Oliver sighed, calling his brother
“Hey Ollie?” His brother asked
“You know I hate that!” Oliver sighed
“You let-” His brother started
“What is it Arthur?” Oliver asked
“Mum wants you to come home sometime” Arthur growled
“Why didn’t she call me?” Oliver asked
“You know what mum’s like…” Arthur paused
“Oh… yeah” Oliver chuckled “I’ll try and make it for Easter…”
“HEY OLLIE!” Mel called
“Hey Mel!” Oliver yelled, catching up to her
“Oliver, we have to get going! I’m planning something for tommorow so you need to be up early!” She smiled
“Okay than…” Oliver sighed

Outside Crystalist stalks the city streets, searching for something to pass the time… and keep thoughts of Father Time away. Rounding a corner she spies a small party of the Mayor’s men; “three of them, body armour, assault weapons. This should be fun” she thought to herself as plates of pale blue crystal began forming slowly around her arms and shoulders, slowly she advanced towards them.

The mayors men turn around, they have just got back from a successful drowning attempt on an innocent man
“Stop right there, this is a restricted area, do you have any clearance to come here?” Asks one, he wears a green armband, signifying he’s a Sargent “Identification cards out now!”

“I left in my other coat, its’s back my apartment… I don’t suppose you boys could help me back to my apartment so I can get it?” she chides as her armour slowly continues forming around her body.

One of the men is about to shoot her but the other one stops him
“Well than darling, I guess we better fetch it for you!” The Sargent smiles, creepily, The Mayor’s men were well known for their ‘uncomfortable’ behaviour, the mayor liked the idea of people being unnerved

Chrystalist (her armour having almost fully formed and currently standing at about seven feet tall) impassively strides toward the men, her eyes darting around for anything of note within the area.

“What are you doing?” The Sargent asks

It crosses the border of the city, trudging along the streets with heavy footed steps. The soft whir of motors and the hiss of mechanics can be heard as it moves through the streets, pausing at each intersection to look about before deciding, seemingly at random, on a path.

“Killing time…and in the next few minutes, probably you as well” as she speeds up (but not much given the weight of the crystalline armour surrounding her form).

Detective Robert Pierce day in his Apartment, watching TV. He hadn’t been out much in the last few years as to not draw too much attention to himself. Really, the only things that he left his home for were things such as grocery shopping. Ever since “The Plague Doctor Crisis”, Pierce had been praised and recognized all over the nation. Of course, not all of the attention he recieved was positive, which was one of the reasons that he had been laying low.

The current program that Pierce was watching was a news update about the status of “The Moon”, a monstrous creature that had been created by the Plague Doctor cult. He had been long since defeated, and the cameras showed his giant corpse trapped under water, suspended by several cords anchoring him in a Trench. It didn’t exactly stir up Pierce’s fondest memories.

A few minutes later Chrystalist was wiping the slick red remains of the Mayor’s men, she roots through their gear and spies a Walkie-Talkie, after wiping what was left of the team off the device with her sleeve, she heads back to her home; A small den, cleverly concealed under the various bridges that run through New Evo, crawling into her sleeping bag she closes her eyes and allows sleep to take her.

Oliver and Mel were also watching the same news program, “The Moon” scared Mel but he seemed fine to Oliver, he patted her back to make her feel calmer,
“Imagine if there was a majestic league now!” Mel chuckled, when the show ended they went to sleep

In a base somewhere
“Mr Mayor, some of our troops on Marrison Street have been killed!” His adjutant says
“When will these terrorists understand?” The mayor sighs “bring in the scorpion!”
“But sir!” His adjutant gasps
@L.O.S.S-KAL

Four titanium legs hoisted the mighty body of the Skorpion high as it’s pilot consulted
numerous databases.
“Chrystalist? Why do I always get the meta human freaks?”
The Skorpion marched down the streets, Rękawica scanned the cameras on the tank observing the signs that plastered the city.
“Mayor what happened here?”
@TheOnlyGuyWhoLikesMistika

“It was Chrysalist, she’s another of those meta terrorists, they lack ids or government licenses unlike you, Raya and the protector, they are armed and must be terminated!” The mayor replied
@L.O.S.S-KAL

“Not what I’m asking about; the flags, the banners, what are those?”

“Those are military ones, have you not one on your armour?” The mayor asks