The year is 2049. It has been 30 years since the event that became known as “The Plague Doctor Crisis”. And in that time, much has changed in the City of Heroes. The city has been corrupted from the inside by the mayor, who has ruled Superheroes illegal and outlawed them. The mayor has created ways to stay in power for more than his term. Superheroes must escape their retirement before the government catches them. There’s only one last hope: Martin James Evo, the inventor of the Government capital city, Evo City.

1.)No OP or ridiculously powerful characters.
2.)No Autohitting, Autododging, Godmodding or Metagaming
3.)Please be respectful and civil with all other players OOC.
4.)There is no limit to the amount of characters you can have.
5.) Even after the RP has started, the sign ups will remain open. New players/characters will always be welcome.
6.) Due to me wanting this RP to be as creative as possible, please can you refrain from using the same characters as previous RPs

Alliance: (Hero, villain or other)

Appearance: (If armoured and normal are in rp, use an image of both)

I think this should be moved to the “RPG Discussion” category. That is where RP sign-ups are supposed to go.

Uh… is this a majestic league sequel? An if so Did you get the original creator of the universe’s permission to add to it?

Yep! In fact the whole rpg was baically created by him[quote=“Mctoran, post:16, topic:48951”]
By the way, I rewrote the sign-up sheet to beter fit the new story. I was thinking you could use this instead:

The year is 2049. It has been 30 years since the event that became known as “The Plague Doctor Crisis”. And in that time, much has changed in the City of Heroes. The city has been corrupted from the inside by the mayor, who had ruled Superheroes illegal and outlawed them. The mayor has created ways to stay in power for more than his term. Superheroes must escape their retirement before the government catches them. There’s only one last hope: Martin James Evo, the inventor of the Government capital city, Evo City.
[/quote]

I created the original idea but he changed it a little, I guess @Shadowrockboy190 is technically the original original creator but since he dissapeared off of the face of the message boards, @Mctoran took over

Yep! In fact the whole rpg was baically created by him 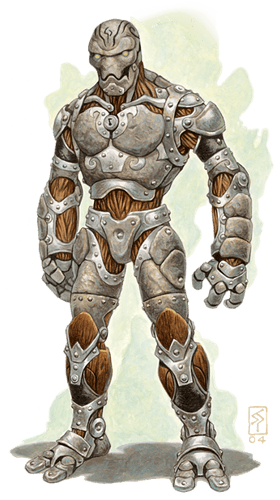 6C9A04F7-F279-4A53-8384-76CFD669B10F.png347×618 348 KB
Personality: Mute, lost, searching
Bio: When first discovered in 1879, this metal figure baffled scientists. Dating back thousands to millions of years but also possessing technology more advanced than anything humans have made yet, this artifact baffled scientists. Due to the potential hazards it could pose should it be shown to the public, the government quickly confiscated it and moved it far from the public eye. Almost two hundred years of quiet and careful testing would pass uneventfully, with the machine’s secrets staying secret. However one day the government people poked one thing to many, and the robot awoke. The government security measures proved to be woefully ineffective, and before long it had made its way out of the facility and was on a path straight ahead.
TheOnlyGuyWhoLikesMistika May 11, 2019, 10:27pm #10

had given @TheOnlyGuyWhoLikesMistika permission to include these details, and I have the power to do so as the co-GM of Majestic League.

Pretty sure you don’t as it literally isn’t yours. A co-GM is supposed to give help to the main gm

It takin place in the same universe and location implies a sequel my man. If anything it’s a spin-off if you stretch it enough and make it different but you should probably ask for permission from Shadow anyway.

It’s more of a spin off of 2059 but that’s a spin off to Majestic League… Anyway, can we stop talking about this? If @Shadowrockboy190 wants me to close it then I will!

Meaning, I can make just as important/effective decisions about Majestic League as Shadowrockboy.

Shadowrockboy190’s last post was January 20th, and he was last seen March 23rd, which means that while he’s around… he’s not.

Because of Mctoran’s prior experience as Co (and eventually only) GM, unless I am specifically requested to by Shadowrockboy190, I will leave this be for now.

Thing is, anyone’s allowed to make any RPG they want for any reason, and unless a creator specifically requests that I take something down because it copies their idea… you all have the power to make and break RPGs without my making arbitrary judgements on behalf of people I know less than nothing about.

That being said, I question the wisdom of having 2059 and 2049 running concurrently, but hey, you do you.

We now have an explanation, good!

Also, to push this rpg a little I’m posting another character 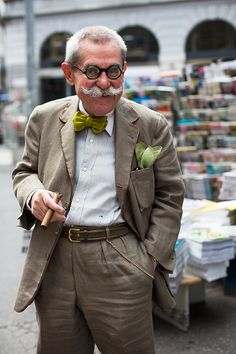 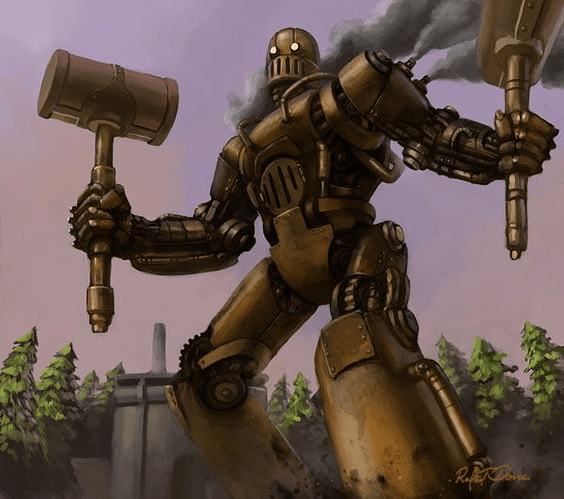 Name; raya
Alias; black end
Female
Generation; between old and new.
Villain
Powers and abilities; can breath out black mist that hides her location and near mutes her noise while she’s in the cloud. Uses a whip as her main and an expert at using her surroundings. 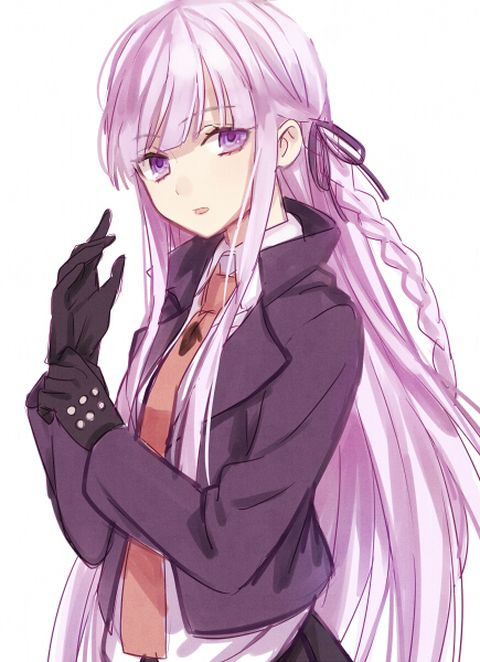 Personality; she was around since before the new mayor took over and was able to reach an agreement where as long as she hunts down remaining heros she can continue doing watever she wants as his agent.
Age;24
TheOnlyGuyWhoLikesMistika April 12, 2019, 6:09pm #17

Generation: Old-Timers (Not exactly yet, but getting up there)

Powers/abilities: He has no superpowers, and is just an average person in terms of physical capabilities. However, Pierce makes up for that with his detective skills.

Appearance: Light skin, wears a light Trench-Coat, has a bit of stubble on his face and his hair is graying.

Personality/Bio: A Detective who had formerly been in service for the CHPD(City of Heroes Police Department) for about 10 years, Pierce has long since broken away after the Plague Doctor Crisis to do more freelance work and live a more private life. He has been officially recognised by the city as a hero for helping to end the Plague Doctor Crisis, but he has been trying to lay low since, and avoid publicity in hopes of a more normal life.

Powers/abilities:
Crystalline armour generation: Chrystalist is capable of creating a durable layer of armour around her body, the armour appears to be made of a crystalline material and is generally resistant to small to medium arms fire i.e. pistols, assault rifles, shotguns etc. However, the armour is heavy which means movement can be slow, the armour itself is not invincible either. Weapons specifically designed to damage armour, explosives, or heavy arms fire are all effective against Chrystalist’s armour.

Lesser Regeneration: When resting Chrystalist is capable of regenerating injuries, although the greater the severity of her injuries, the slower the regenerative process.

As a last resort Chrystalist has the construct a Chrysalis where she would slowly recover. However, the drawback is once inside the Chrysalis she will slip into a comatose state… it is uncertain whether she would be able to wake up or not. 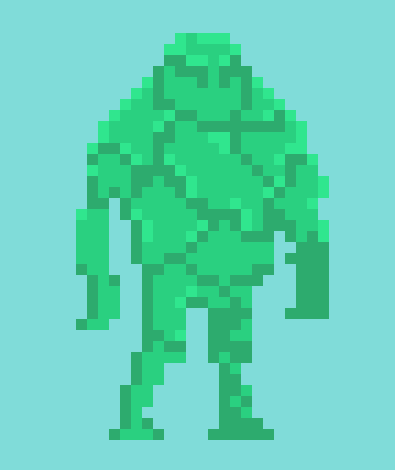 Personality/Bio:
Before she became a villain Annette was an avid lepidopterist and became fascinated with the process of metamorphosis that butterflies took, she sought her own “metamorphosis”. Like many superheroes and super villains a botched scientific experiment was the cause for her newfound powers. However, she did not take to them naturally, her accidentally destructive capabilities earned her the ire of society and Superheroes. For the longest time she spent her life on the streets, until she was offered a position at the League of Organised Villainy (and Adjoining Partnerships of Ill-Intent) by none other than Old Father Time (known as Father Time back then, because he was younger), they became friends and a relationship between the two blossomed (though they tried to maintain a largely professional relationship within the workplace). Gradually, Chrystalist finally felt a sense of belonging instilled within herself.

Annette is generally a guarded and shy towards strangers, sometimes paranoid, however she expresses a considerable warmth and love towards those she is familiar with. She does resent society for their reluctance to help to help, instead choosing to reject her, consequently she possesses something of an affinity towards the rejected and the lonely. Like most members of the League She is surprisingly virtuous despite being a villain.

Within the Narrative of 2049 it has been 10 years since the LOV (APII) unofficially disbanded, and 5 years since she last was in contact with OFT/FT.