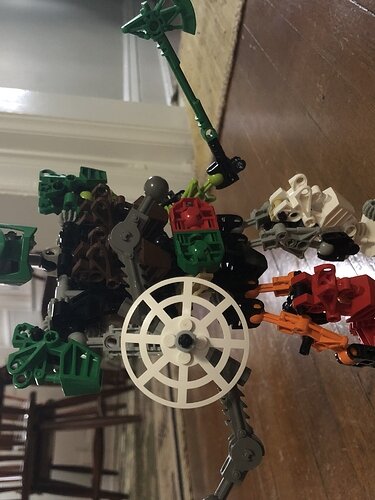 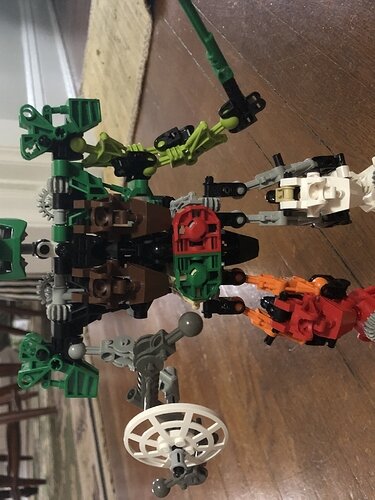 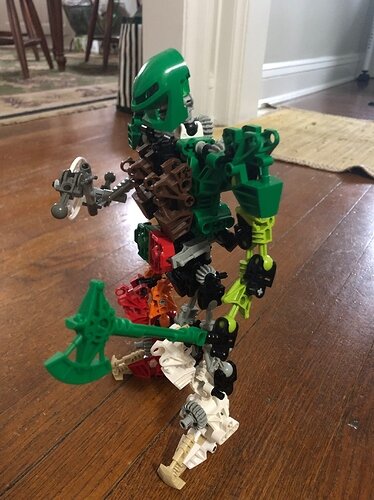 I’ve never seen anyone make kaitas of 4 or 5 toa, so I made it exist.

This is made of pieces from Lewa, Tahu, Pohatu, Onua, and Kopaka. I wanted him to be asymmetrical like to first toa were. Obviously he has no story, but I’d put him in an alternate timeline where the Toa Mata fought Teridax directly. Gali was slain and the remaining five united in their grief and rage or some stupid expository nonsense like that.

His features include: independent geared shoulders, Spinning shield, and ball joint ankles for extra poseability. The legs aren’t the most moveable, but what can I say? This is a 2001 build. It was a different time. I took some inspiration from a toa nui build I found on here. I’d link it, but I’m green and don’t know what I’m doing.> Preformatted text

Lemme know what you think

That’s a lot better then I was expecting when I saw the title, bravo

For a combo model this is pretty great, except colors, which can be understandable. But does it contain extra parts, or made of only the Toa Mata?