A Bibliography of Popular Works

Thought I'd introduce myself to the MOCing forums here, by sharing some of my best works. It's a large collection of MOC's so apologies if it's minimally descriptive.

I derive most of my inspiration from mythology themes, and indeed some of my MOC's have an actual connection with the Bionicle Universe, though not a lot of them usually do.
For the record, I'm shamelessly plugging my flickr albums in link form because posting loads and loads of pictures is not really feasible due to the large overall size. So I'll share a pic of each MOC and it's up to you to view the rest of the MOC's album.

Sevla, Guardian of Light (Self-MOC)
OK so to start off, here is my self-moc, Sevla, the Guardian of Light. I consider it to be my stepping stone into more complicated techniques in building. I've for ever loved making custom heads, and to think this whole MOC came out of such a limited collection still amazes me to this day (I don't really mean to brag but I was working with Vezon & Kardas, Kai's Fire Mech, Scarox, Furno XL, and Razcal's Glider. These are all the sets I had at my disposal at the time).

Enough ranting, onto the MOC! 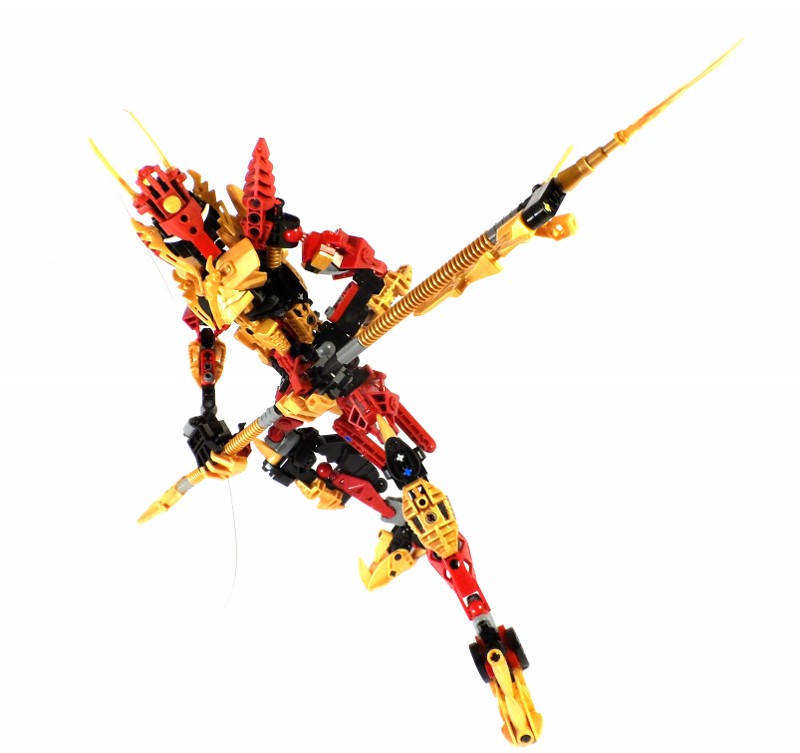 Link to Album
Skeleton Cavalry
Prior to making this MOC, I had only had two Hero Factory sets; Raw Jaw and Drilldozer. In 2012, I went a bit over the top with a Lego order of 11 CCBS sets that would forever change my view of CCBS building. The list is fairly large so it's really not worth mentioning what was in it (though you can probably guess from the sight of Witch Doctor's head that he was part of the order :P). I had been pondering the possibility of building a horse and rider MOC to get a little practice with CCBS, and on the day I first got these sets, I spent a glorious 7 hours (it was a weekend, so I pulled an all-nighter on that one so typical of me :P) building. And out came this beauty (or I thought it was at the time). 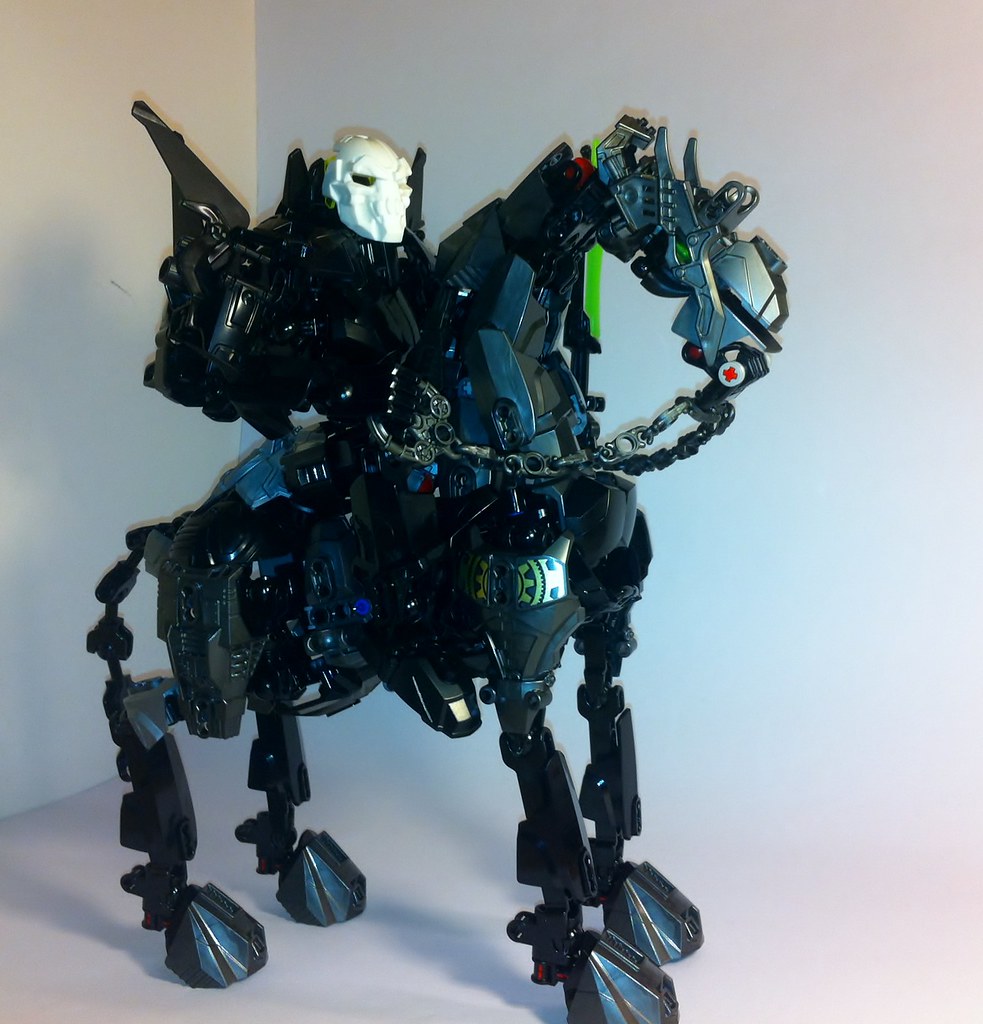 Darklight Paladin (50/50 Challenge Round 1)
Summer of 2013. I had made a few large-ish (by my standards really) Bricklink orders to work on a few projects. One particular idea that has always provoked me was to build a character with one half the exact opposite of the other. So naturally, the theme would be a character whose body was split in two; half of it belonged to the forces of darkness, and the other half a servant of the light. It was also appropriate at the time since a very aptly-themed contest was running oven on MOCpages: the 50/50 Challenge. It was a great opportunity for me to toy around with the concept and produce a MOC which is okay by my standards now, and might be revisited real soon!
https://flic.kr/p/f88JMh

Note: for some reason the picture won't display in the preview. Dunno why. Oh well.

The Chimera (Or a Crash Course in Chimera Killing)
This is one of my very best MOC's I have to say. Or one of the best MOC's that I had made up until that time. So you probably know what a chimera is, a chthonian amalgamation of different beasts combined together in a monstrous manner, more traditionally depicted with four heads; a lion's head and upper body, a dragon's head, a goat's head and lower body, and a tail ending in a snake's head. So I took the liberty of implementing some of these features but adding more of the dragon (specifically an arm thereof) to make it look more menacing and give more of an identity to it. This project (the photo album) also has pictures of a gladiator MOC demonstrating how to kill a chimera to a group of uninitiated young warriors (i.e. the audience). I've rambled on too much; you're probably here for the cool pics huh? Well have a lookie then!
https://flic.kr/p/jRkqhL

Naval Commander Jaldamir
This MOC is one of the few things I've ever built that I don't think I'll ever dismantle. It uses a bunch of techniques never before used by me in order to create something very unique to my traditional style. It's meant to have a slight Victorian/Steampunk-ish vibe which I would say I carried out rather well. Also uses a pretty clever technique to attach the Inika mask without resorting to that horrid Inika head piece. 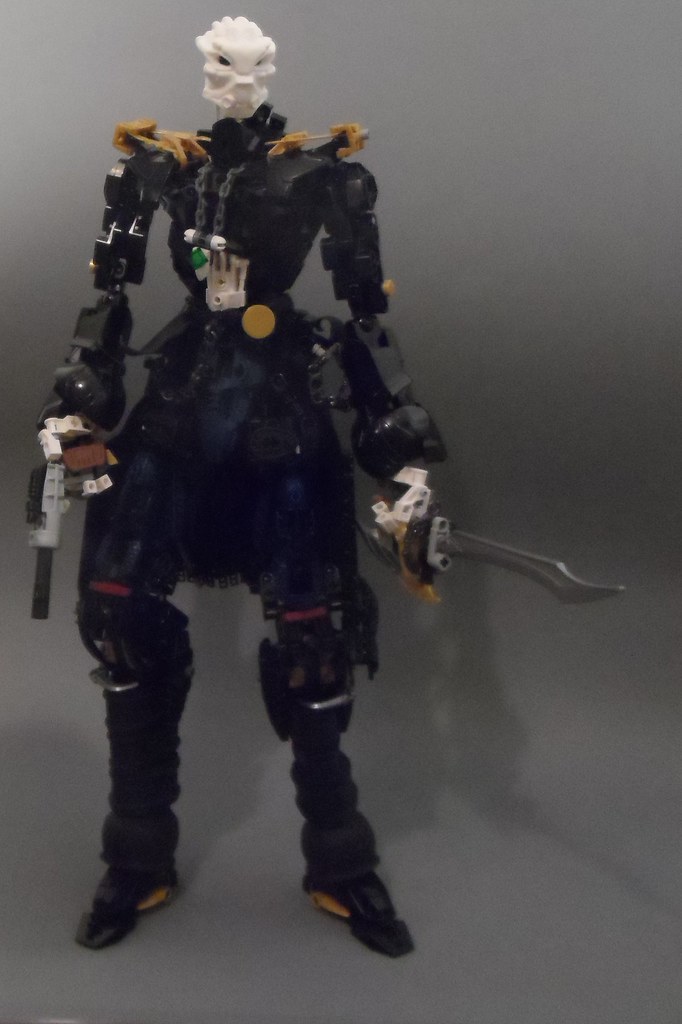 Sevla: Reanimated
A titan version of my self-moc built in the summer of 2013, just three months after I had made Sevla. Uses a non-purist cape because why not?! Stands over 50cm (20'') tall! 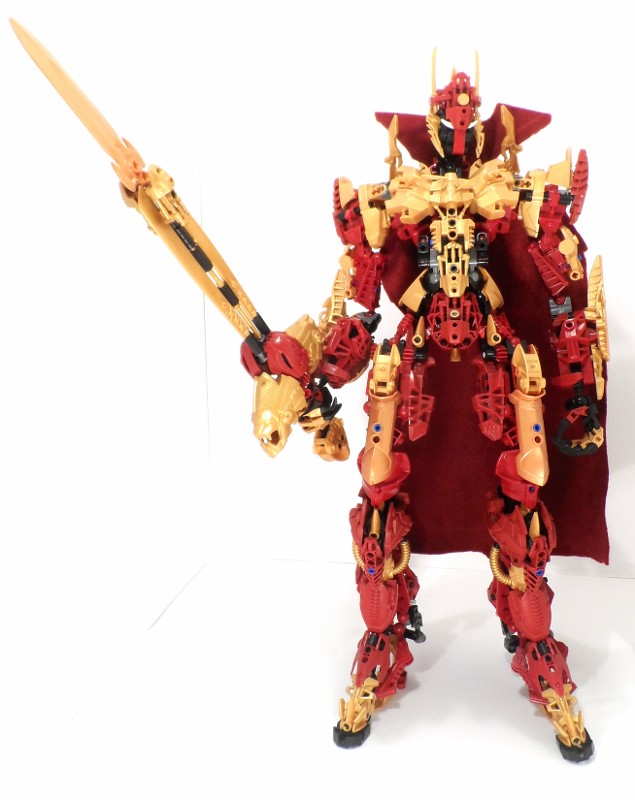 The Shadowed One (BBCC69)
One of my few triumphs with revamps and colored background photography. I should say this MOC finished in the top 10 entries, but I can't remember the exact placement (probably 5th place). The objective was to revamp any Bionicle character in CCBS style. Features a custom gearbox torso and a rhotuka spinner on his weapon, much like the original. Likey? 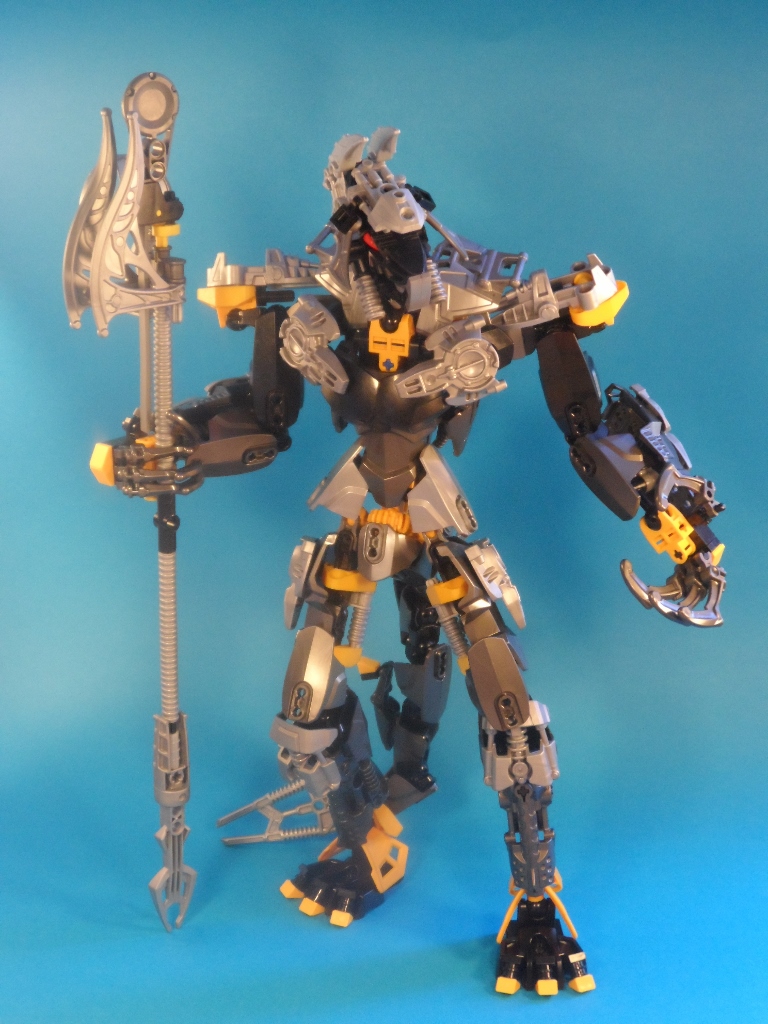 More recent MOC's: Akamai & Wairuha
Fresh out of the oven this one. Photos taken on Tuesday morning so about as fresh as they come really! I used all the pieces from all three sets of each combiner (save for the masks and skull spiders though those would not have been too difficult to include!). I also aimed to make Wairuha obviously female. Don't ask me why! Thoughts?
https://flic.kr/p/vGdk8T

and finally,
Toa Noderu
Wanted to use a dynamic color scheme on this one, and wanted to incorporate the lovely trans light blue that came in some of the CCBS sets of last year. So there we are, meet the orange and grey (and trans-light blue!) Toa of Energy, Toa Noderu! 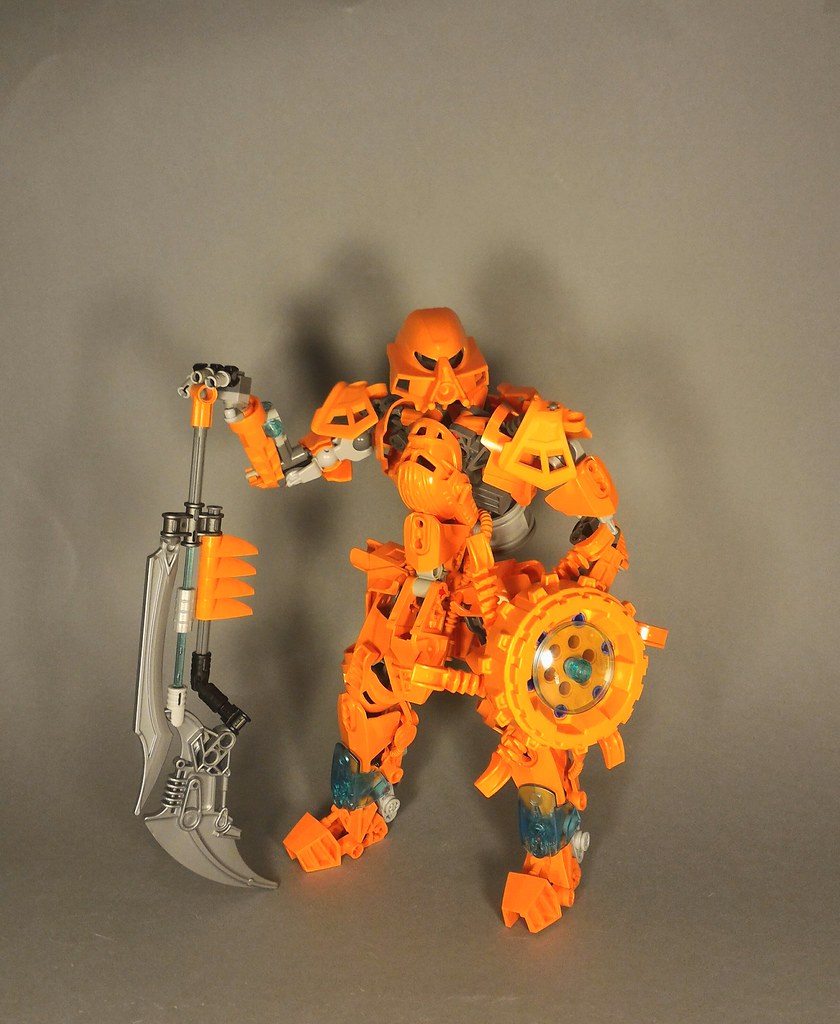 So that's that! A few MOC's for you guys to look at, sort of like a welcoming present from me to you (even though I'm the newcomer here hahaha)!

Feel free to look at my Photostream and other Albums including some MOC's I built in LDD!

Wanna know what you think. Thanks for checking this topic out!
Will make another one of these soon

Some of the best MOCs i've seen in a while.

Wow. These MOCs are incredible. On a side note, I'm happy to see another orange Toa of Energy on the boards, even if it's not your self MOC!

these... t-these're friggin fantastic. probably have flaws I don't know about but dang, these're stunning

These are awesome. And that horse. Wow

Wow. That is simply amazing. I absolutely adore his hand design, makes him look even more sinister.

These are seriously amazing! I'm looking forward to seeing more of your Mocs in the future.

(I was Stormjay Rider btw)

Noderu and the 1rst version of Sevla both look amazingly beautifull

Hugely flattered by all the feedback, guys! Will probably do another one of these soonish, when I have newer MOC's to showcase. Stay tuned!

Does anybody here ever just feel... Hugely inadequate?