A little help from somebody with knowledge of Star Wars Ep 2 - 3 please!

So, I’m working on my Kashyyyk trooper army, currently at 96 troopers, 3 AT-AP’s 2 modified 2010 turbo tanks (made to look like the ep.3 variant) and 15 battle pack swamp speeders. 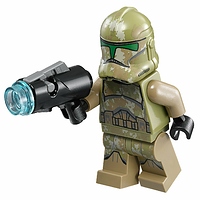 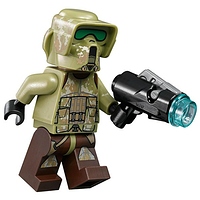 Now, watching the Kashyyk scene again, I see only the ‘scout’ type of trooper, not the one that just looks like a camo print over a standard Phase II clone trooper. While my army isn’t intended to depict that exact scene, I want to keep it within Star Wars canon. So, before I buy any more to fill the empty spaces in my vehicles, can anybody tell me if the trooper on the left type actually exists in official Star Wars canon? Or if it’s just a made up thing by Lego?

There has been no evidence of the trooper on the left ever had existed. It’s pretty much a thing LEGO made up using the Phase 2 design for Commander Gree and simplifying it for an ordinary trooper to add more variety to the battle pack.

What prentice said. I believe these specific clones did exist on one of the Battlefront games though. (I could be wrong, however.)

@prentice1215 @JediTimeLord824 Thanks, I’ll look into the Battlefront troopers, I have the recent Republic Fighter Tank set, which will be going towards potential 212th battalion army - so battlefront related stuff is fine for me… It’s just when lego makes it up entirely. It’s quite annoying that they do this, I wish it was just entirely scout troopers for the sake of accuracy to the films. I might consider slowly replacing them all with the scout trooper variants if they’re not mentioned anywhere else in Canon or Legends, and sell the others. From what I can tell they’re cheaper on bricklink anyway.

That trooper is part of Star Wars battlefront 2 as well as some of the comics in the extended universe.

Thanks! I’m doing some research on it now… It’s so annoying looking up the original Battlefront 2 by Pandemic, and the search results are just EA EA EA EA (season pass) EA EA EA EA

Is this what everyone is referring to when they say the above trooper was in Battlefront II (2005)?

If it is, I’m not exactly seeing it. Sure, both have green visors, but it’s a 501st Jet Trooper, not a 41st Elite Corps trooper. I could see the argument that it’s the same trooper, but with different legion insignia, however.

Try the battle of kashyyyk.

I believe so. They were on screen for brief moments, running about on the beach and on the STAPs (walkers).

STAP. Single Troop Arial Platform. Not a walker. You probably mean either the AT-RT or the AT-AP.

This is a STAP 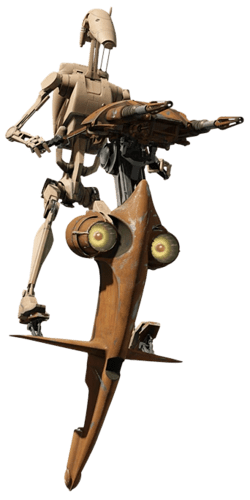 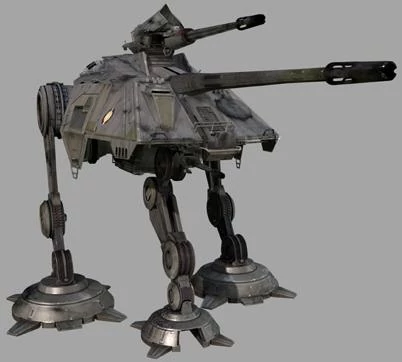 My bad, I meant the AT RT. simple error.

Not a problem. It can be difficult keeping all the names of the different vehicles straight. How many people know what the HAV-A6 is by it’s technical name (it’s the Turbo Tank)?

Isn’t it also called a Juggernaut?

This is true, although I’ve always associated that more with a nickname.

I thought it was like the name Turbo Tank.

I think Turbo Tank is more of a nickname. Juggernaut is closer to the official name from what I can tell - both are still canon but Juggernaut seems to be the technical name.

That is also a nickname, or rather a real-world marketing term used mainly by LEGO. The problem with the Turbo Tank is that it’s used so infrequently we don’t really know what they’d call it in-universe.

I wish they’d use them more in the films. When I saw it in Rogue One I pretty much had a fit in the cinema.

I pretty much had a fit in the cinema.

Yep, same here. My mom looked at me confused until I whispered “it’s the Turbo Tank!”, to which she recognized the name and realized why I was freaking out.

In some stories, it was said that Juggernaut tanks were used on Hoth but I’m not sure if that’s canon anymore.