A Place to Remember Stan Lee

Unfortunately, Stan Lee, comic-book writer, editor, film executive producer, actor, and publisher for Marvel passed away today at the age of 95. This topic is just a place where you can say your thoughts, and we can take time to remember Stan Lee.

We will always remember you, Stan!

We will continue your legacy! 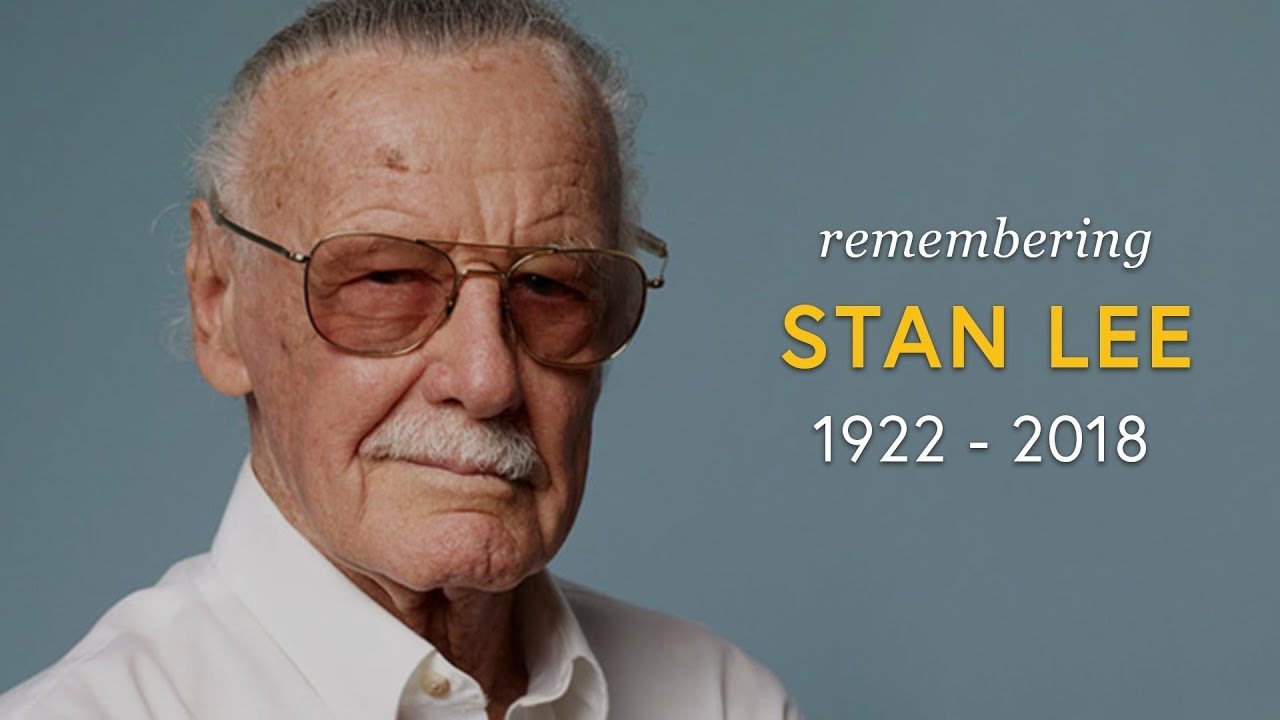 he shall be missed

For all the heroes he brought to us

all the enjoyable comics

everything he gave to us for fun and enjoyment

Another legend of a man has left us. Rest in peace.

He was a legend. He literally created a huge chunk of my childhood. It honestly seemed like he was a constant presence, like he’d always been around and would always continue to be. Rest in piece. Gone, but never to be forgotten.

He will always be remembered.

We all knew it was going to happen one day. May he rest in piece.

Found out the news from a friend just as I was starting to watch Thor: Ragnarok at home, and decided to dedicate my enjoyment of it especially to him.

Without Stan Lee, none of the current popularity of superheroes would be possible. He kicked off an incredible, ongoing era of superhero domination by writing realistic, flawed, and relatable characters who elevated common humanity to the heights of adventure and excitement. Without him, so many cultural changes would have never made their way into the comic book world until, likely, far later, particularly the inclusion of more diverse characters like Falcon and Black Panther. He was a truly great man, and though I’ve never met him, I’ve heard that he was an incredible person and really fun to talk to. He leaves the world having definitely made it a better place, and wherever he is now, I hope he is experiencing ten times as much happiness as all of that which his creations brought to fans around the world, because he deserves it.

May Stan “the Man” Lee rest in peace for all eternity. He gave much to us, more than we could ever repay. Let his name live on forever.

Today, we have lost not a man, but a legend.

We’ll miss him in the background, but he will live on through his legacy.

May he never be forgotten for the worlds he crafted, the characters to which he breathed life, the stories he told so eloquently, and the memories he forged for so many in the world today.

Stan Lee, you were the real hero. You were my hero.

too young to travel… i wanted to meet him

Stan Lee… God d@mn, it already hurts to not have him here anymore. He was such an inspiration to me and the stories that I crafted, as i 'm sure he is to many others. I enjoyed reading and watching the characters and stories that he had given life to. I always looked for a Stan Lee Cameo when watching Marvel movies, and it hurts knowing that i’ll never be able to do that again. We will all miss you, Stan. Thank you so much, for all that you have done for us in life.

"You know, I guess one person can make a difference. 'nuff said.

Lee was the man who inspired me to even want to start writing, while Steve Ditko inspired me to draw. To have both pass in the same year… That hurts me. To have the original creators of Spider-Man and other comics die in short time span reminds me how short this life will be, and yet how much of an impact you can make.

I don’t wish to waste my life. I hope to do some good out there in the world, make an impact like Stan Lee did with his controversial yet stunning writing.

STAN…LEE!!! Noo! At least he had a long, life, with plenty of stuff he gave to us​:disappointed_relieved:

Person passes but the legend will live forever. Rest in Peace.

Saw this on the news last night. May I just say, Rest In Peace.

R.I.P Stan Lee. You may be dead, but your comics will never die!

I wasn’t ready for that… rest in peace Stan Lee. Like so many people already said; ‘‘Legends never dies’’